The following article has been sponsored by OMEGA

Imagine this: your boss’ aide brings you to a secret location in London. As you’re ushered in, you meet your bespectacled Quartermaster. He goes only by the name Q. Q gets you up to speed on your harrowing mission: assassinate a super-villain. His parting gift is a tough-as-nails Omega Seamaster 300, one he says merely “tells the time” without any of the fantastical gadgets you’re used to.

Stuff of fiction? Maybe, but we magnificent bastards are no strangers to dreaming.

Omega was brought into the world of Bond by Lindy Hemming, an Oscar-winning costume designer tasked with dressing the secret agent for a new age. The ’80s had arrived and with them a new Bond film, GoldenEye, and a new actor in the role. Lindy believed Omega was the right fit for Bond’s Royal Navy pedigree, and personally knew Navy officers who swore by their Omegas. If it was good enough for the Royal Navy, then surely Bond could trust his life with it.

Twenty years later, Bond and Omega are still going strong and the watchmaker has released something special for Spectre. The Omega Seamaster 300 ‘Spectre’ Limited Edition is every bit the Bond watch we’ve come to expect – and a little more. The watch pays tribute to both historical Omega Seamasters and the roots of James Bond, beginning with Dr. No in 1962. 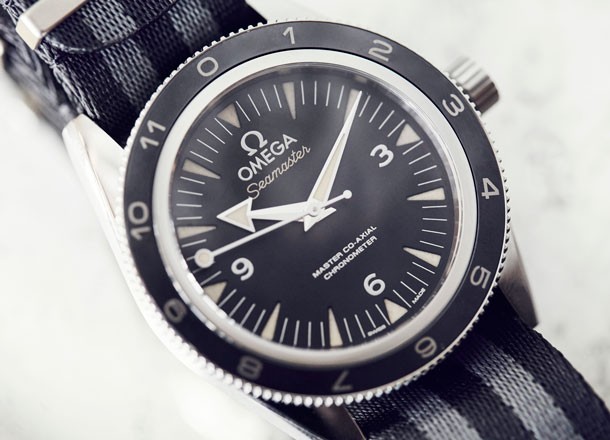 You’ll notice a few differences from the production version. The diving bezel is now a 12 hour bezel, allowing the watch to keep track of two time zones. Small touches to the hands, like the lollipop seconds hand, harken back to Seamasters of the 1950s. Other elements, like the tough, scratch resistant ceramic and LiquidMetal numerals, remain the same.

As in the first Bond flick, Craig‘s 007 opts to wear his watch on a NATO strap. Originally issued by the British Ministry of Defence, the NATO strap helps prevent the loss of your precious timekeeper (and looks unexpectedly great paired with a tux). Underneath the hood beats the Omega Co-Axial 8400, the latest Master Co-Axial movement. This marvel of modern engineering is able to withstand magnetic fields of more than 15,000 gauss and, thanks to the Co-Axial escapement, can keep accurate time for a longer period.

With its masterful mix of old-world charm and new-world technology, the Omega Seamaster 300 ‘Spectre’ Limited Edition is ready for any adventure that Bond may undertake. But best be quick if you want one on your wrist – Q Branch is only issuing 7,007 pieces worldwide. 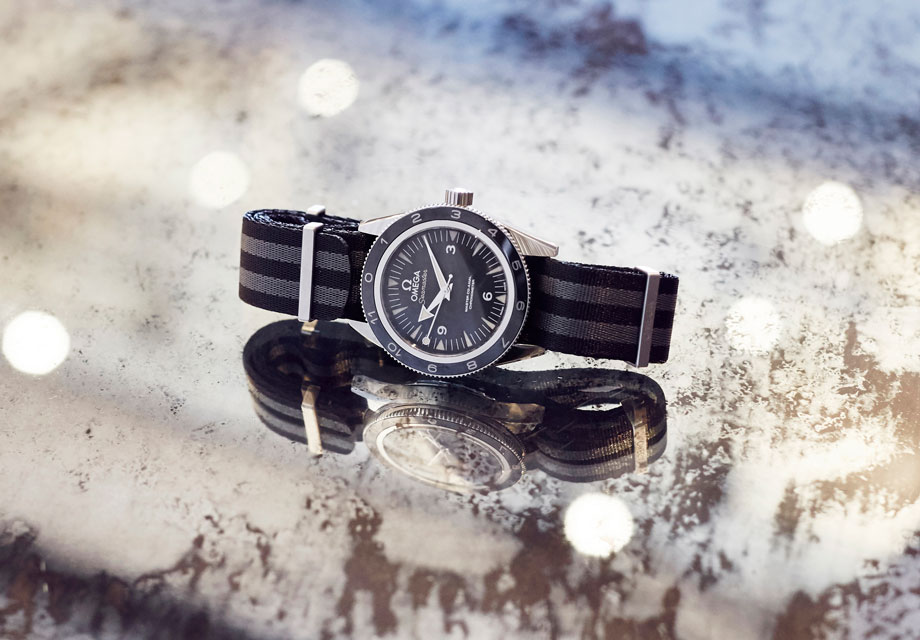