Astronauts Have Grown A Flower In Space For The First Time 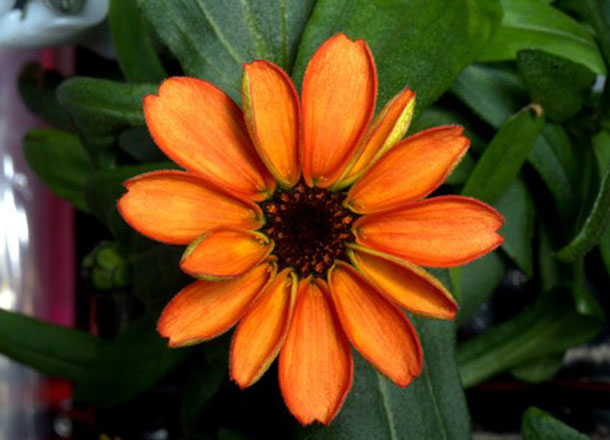 Astronauts on the International Space Station have channelled their inner Martian with zero-gravity gardening, having successfully grown a flower in space for the first time.

The orange Zinnia flower has a reputation for being one of the easiest to grow on earth, but in space the species isn’t so willing to sprout. In fact, the astronaut’s first attempt in December was a major fail with the flowers developing mould. However, last weekend US astronaut Scott Kelly who has been tending to the flowers tweeted a photo of one bright orange Zinnia blooming proudly, with the caption “Yes, there are other life forms in space”.

The flower planting is part of NASA’s wider attempt to grow food in orbit, using a plant growth system called Veggie which was delivered to the Space Station in April of last year. Veggie has already produced a successful lettuce harvest, and the team plan to have tomatoes by 2017.

The ultimate hope is to make possible a ‘sustainable food supplement’ for a future manned mission to Mars. Mark Watney, eat your heart out.

RELATED: This Astronaut Is Tweeting Incredible Images Of Australia From Space