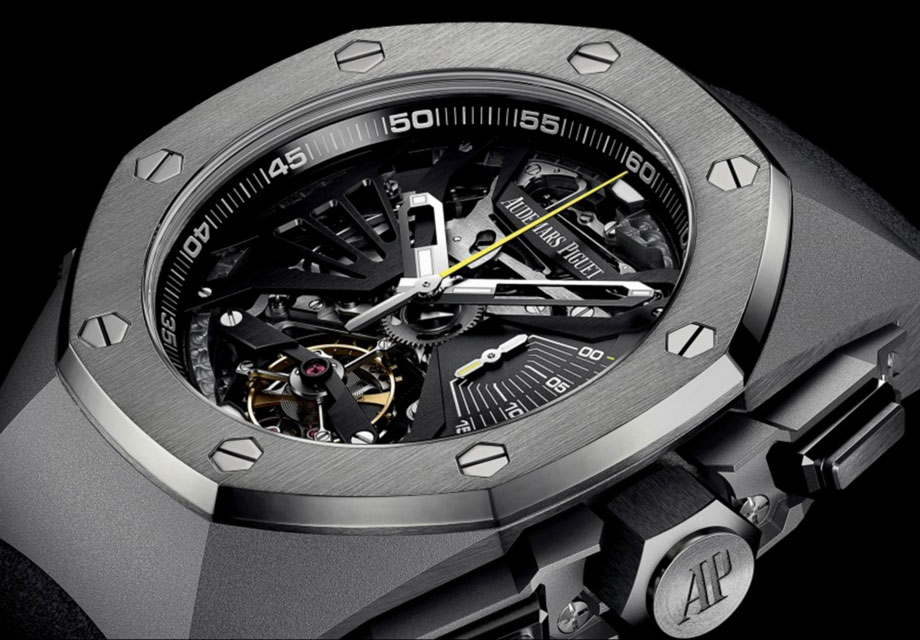 Audemars Piguet are proving a dynamic force in today’s world of watchmaking. In 2016, they’ve brought to SIHH a collection of timepieces that will move any purveyor of fine horology.

For the Swiss watchmaker, it all comes down to thinking differently and breaking the rules set by tradition. As a result of this bold stance, the models at this year’s show we’ve picked as pieces you need to know are the Royal Oak Concept Supersonnerie, the Royal Oak Chronograph Yellow Gold and the sporty limited edition range of new Royal Oak Offshore model.

Kick back as we run you through each piece and their defining features.

The Royal Oak Concept Supersonnerie features AP’s world-class construction via an extremely light titanium case. The minute repeater is designed to resonate superior acoustic intensity through a clear and sustained tone. More specifically, the piece brings the harmonic tone of a traditional pocket watch to the contemporary minute repeater wristwatch.

A hand-wound Manufacture Calibre 2937 looks after movement with a minute repeater on two gongs – a world first for this mechanism.

Functions of the Supersonnerie also include a tourbillon, chronograph with central sweep-seconds hand, a 30-minute counter, hours and minutes.

The dial is adorned in black with open workings, satin-brished counters and white gold hands finished with luminescent coating.

Finishing off this piece is a black rubber strap with a matching titanium folding clasp. The price for the Royal Oak Concept Supersonnerie will set you back a cool $597,400.

Unveiled at the this year’s event, the Royal Oak Chronograph receives an 18K yellow gold treatment along with a stunning blue dial.

The watch is powered by the self-winding Audemars Piguet calibre 2385 which provides a three-counter chronograph which reimagines the original Gerald Genta design from the early ’70s.

The case is 41mm and made from yellow gold as is the bracelet with an AP folding clasp. It comes with a glare-proofed sapphire crystal and a  water-resistant rating of up to 50 m. The yellow gold hour markers are finished with luminescent coating.

The Royal Oak Chronograph Yellow Gold edition will see a sticker price of US$56,600.

The Royal Oak Offshore collection has been at the forefront of Audemars Piguet bold and masculine sports aesthetic since 1993.

As their most audacious series of watches, it was only fitting that SIHH 2016 brought forth four new chronograph models from this iconic lineup.

Within the octagonal bezel with eight screws, AP’s trademark dial featuring the “tapisserie” pattern ensures that it’s a standout amongst the crowd.

A variation of straps also extend across the four pieces which includes alligator leather and a blue rubber strap. Movement of the piece is sorted via a self-winding Calibre 3126/3840 Manufacture with a 50 hour power reserve.

No price has been released for the limited edition watches as yet. 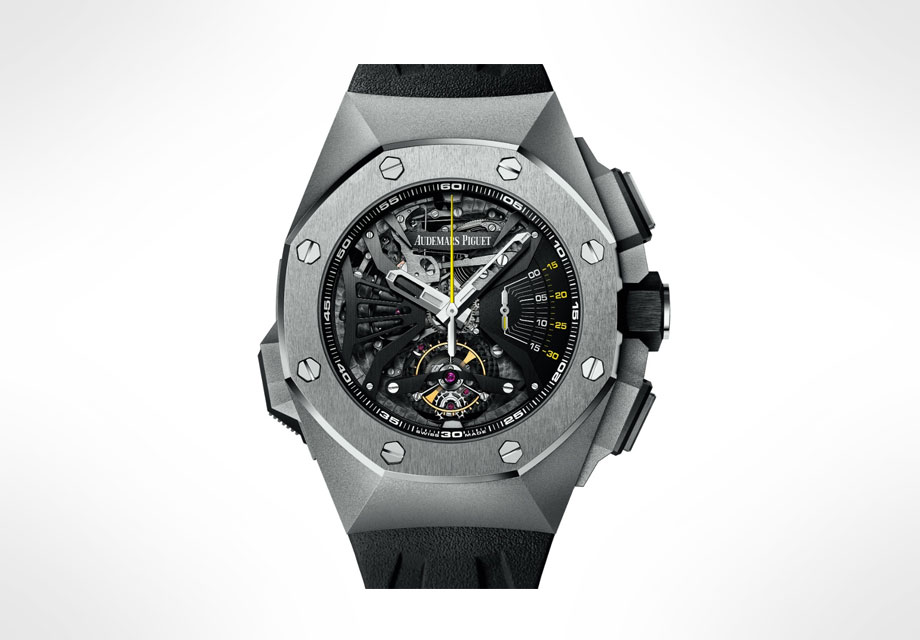 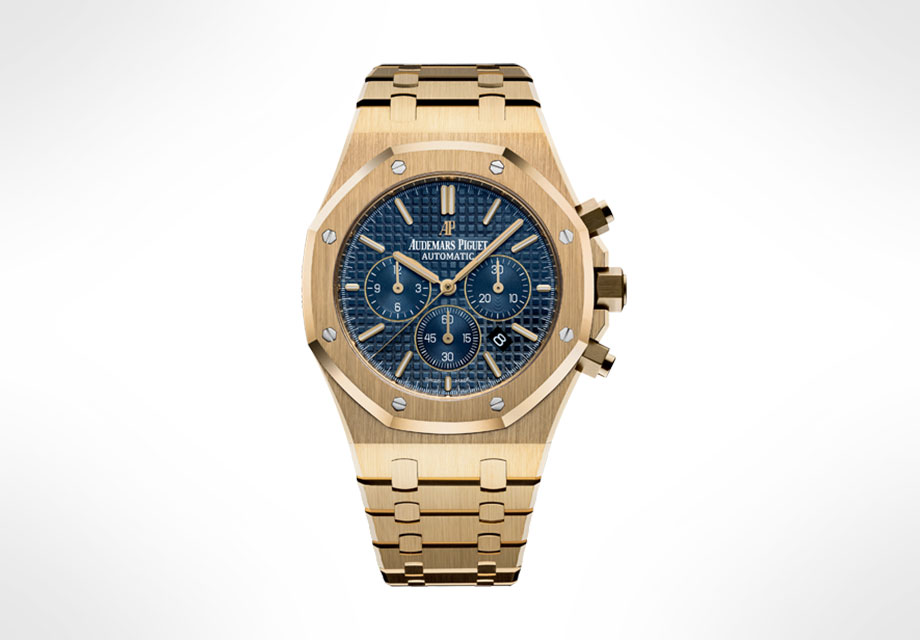 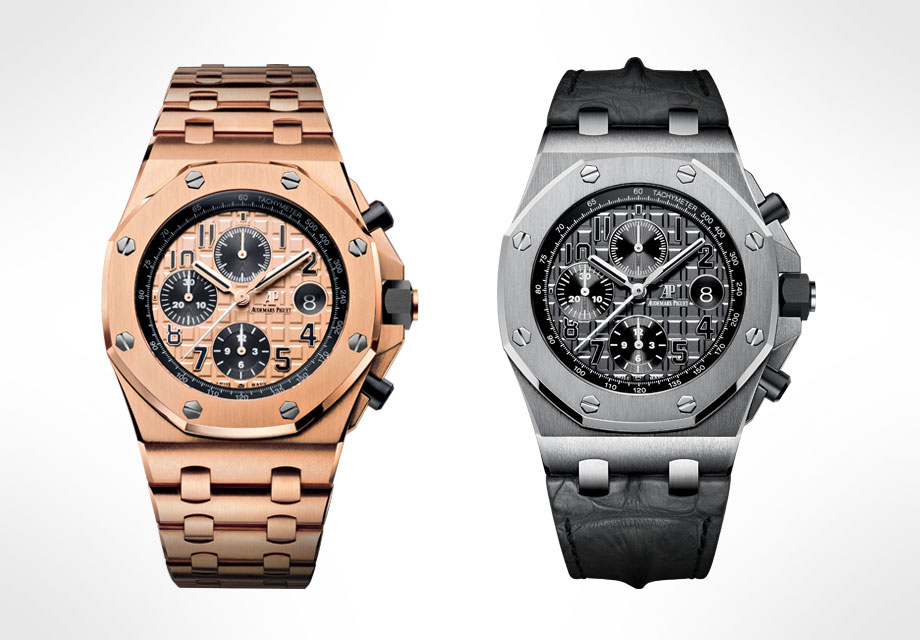 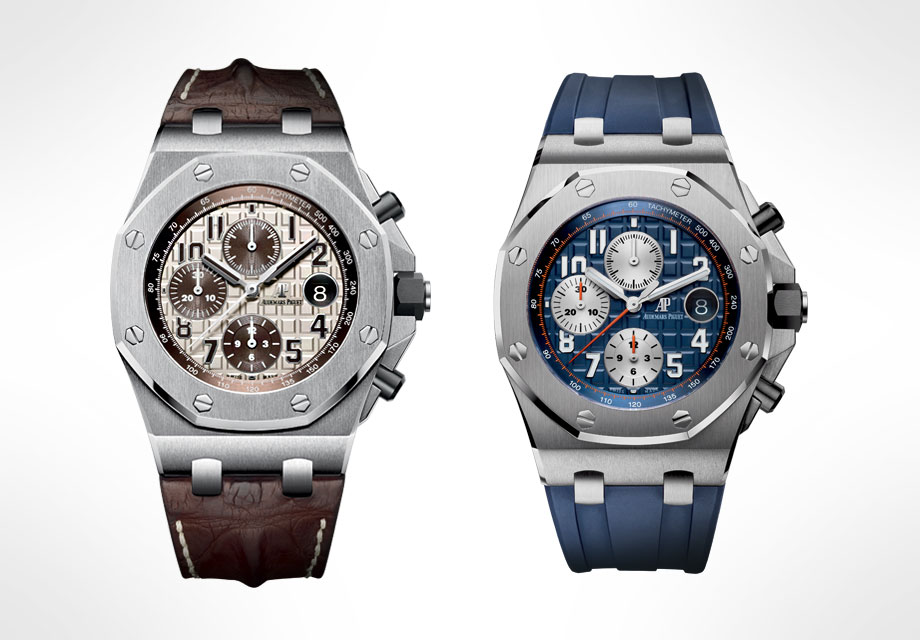