Honouring David Bowie: The Starman Gets His Own Constellation 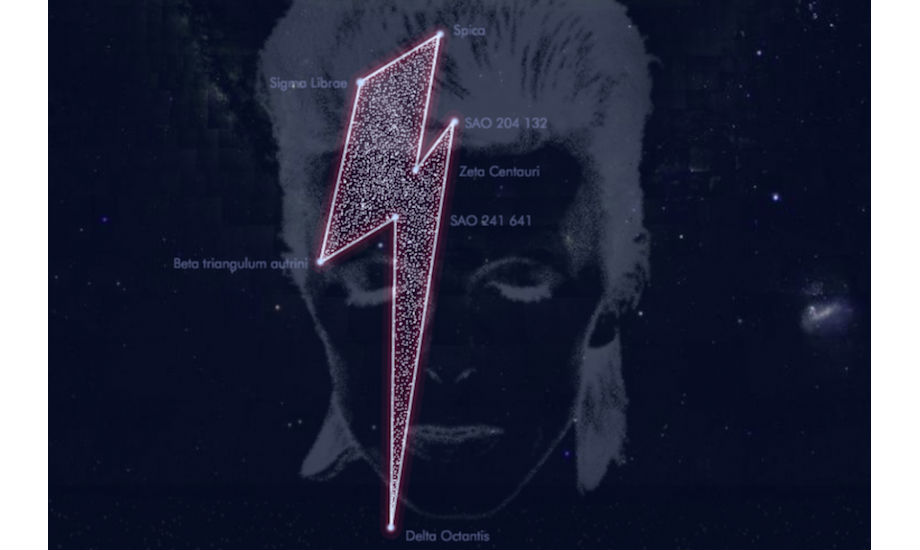 Tributes for David Bowie have been pouring out since news of his death hit the web a week ago, but this may be the best one yet. Belgian music station Studio Brussels teamed up with MIRA Public Observatory to register a constellation in the rock star’s honour.

The star formation, recorded at the time of his death, is delineated by seven stars that shine in the shape of a lightning bolt – a symbol that became iconic after David Bowie sported it on the cover of his Aladdin Sane album.

“It was not easy to determine the appropriate stars. Studio Brussels asked us to give Bowie a unique place in the galaxy. Referring to his various albums, we chose seven stars—Sigma Librae, Spica, Alpha Virginis, Zeta Centauri, SAA 204 132, and the Beta Sigma Octantis Trianguli Australis—in the vicinity of Mars. The constellation is a copy of the iconic Bowie lightning and was recorded at the exact time of his death.”

After 69 years on our planet, the Man Who Fell To Earth is once again amongst the stars. 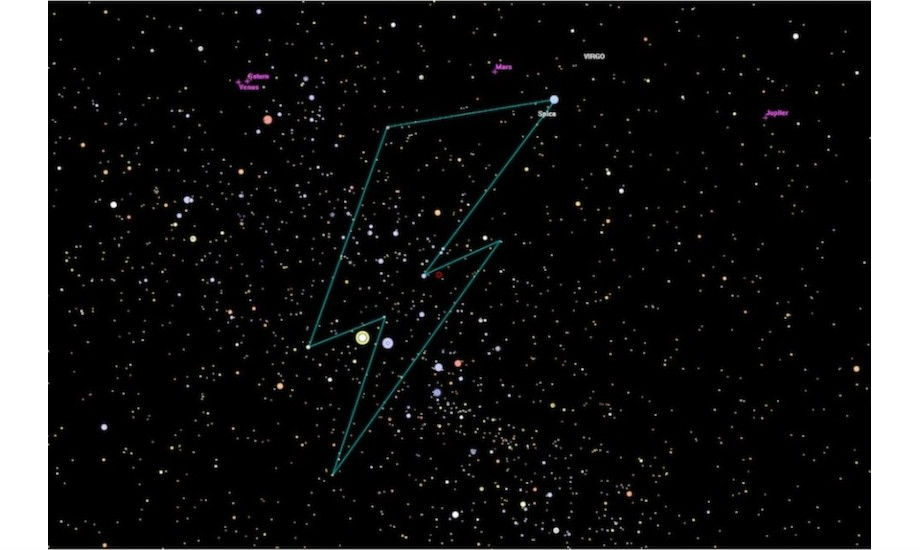 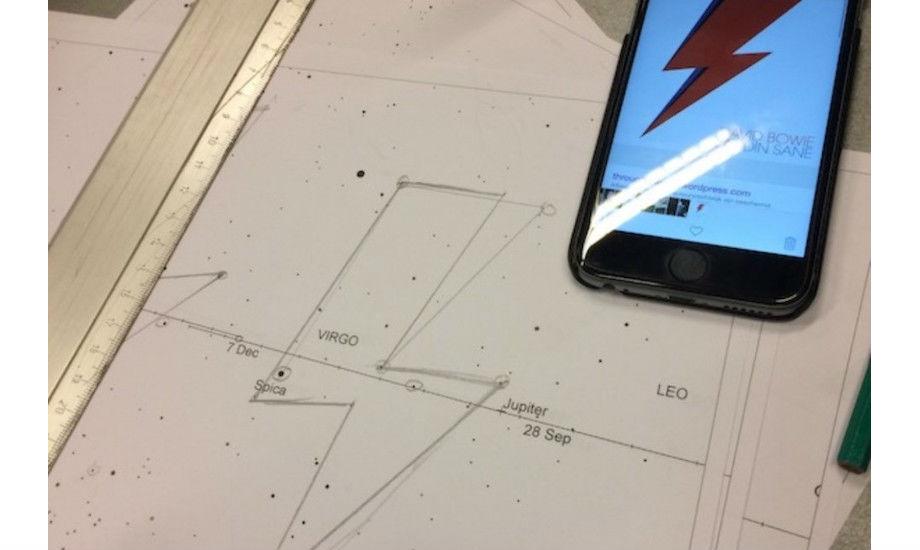 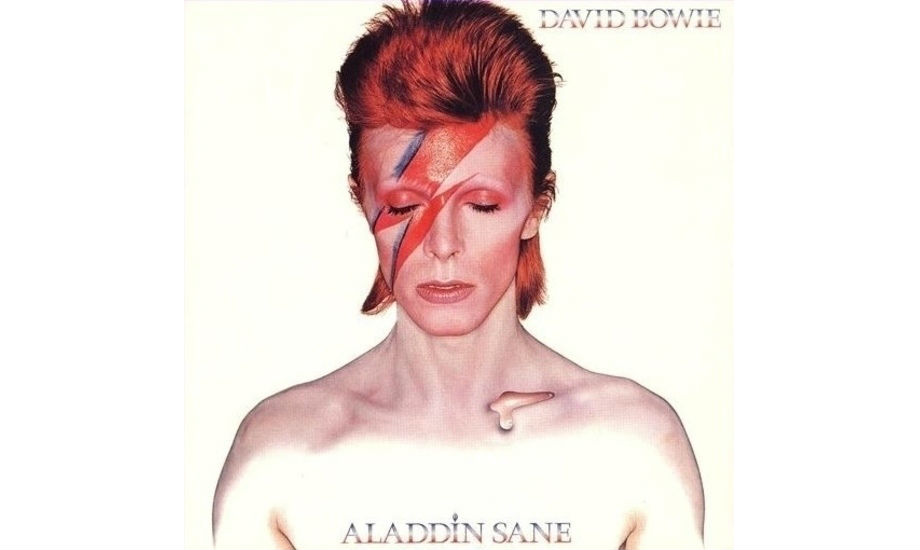