How To Get James Bay’s Style

When it comes to the classic English rocker, no one comes as close to the modern rendition of the look than James Bay. Now we show you how to get James Bay’s style.

If you’ve never heard of the man and doubt his credibility, you should know that his 2014 single ‘Hold Back the River’ earned itself a platinum status even before his debut album landed in 2015. The album went on to earn him three Grammy nominations including Best New Artist.

With his singer-songwriter and guitarist chops sorted, it’s time we took a look at something else that Bay has been earning gold stars for: his personal style. Owning his unique fashion uniform, the man sets the stage from where he sings his own style tune.

Here’s how to score the modern rocker style, brought to you by the talented James Bay. 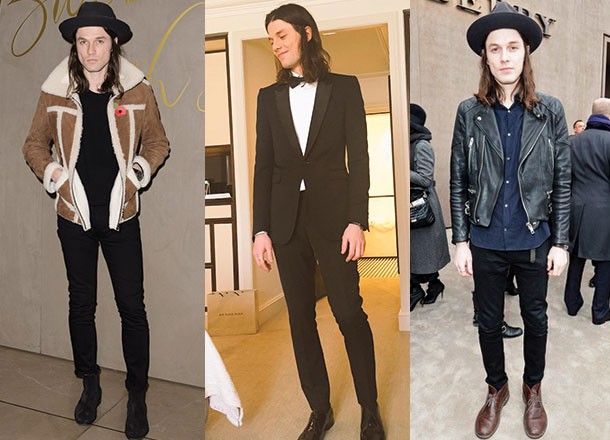 James Bay is the modern epitome of the rock star with a killer sense of style. He often merges the school of old – skinny jeans with leather boots – with a cool variation of garments up top.

The key player? A wide-brimmed Fedora hat. For variation in the uniform, Bay will often change up his jackets from the classic black leather to wool-lined suede pieces complete with a buttoniare. On the red carpet, Bay opts for a classic tuxedo cut ultra-slim to suit his guitar hero looks. Oddly enough, you’ll either find Bay in a tux with a bowtie or sans, rarely in a suit and tie. See what we mean by his own personal uniform?

Let’s take a closer look at how to get his style. 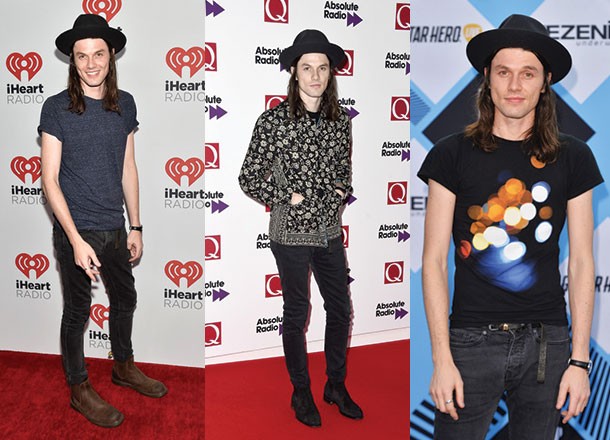 The staple of any serious indie rocker is the humble shirt. Often loud, elaborate or laced with subliminal message, Bay takes this route with a conservative approach.

As such you’ll often find him in slim-fit tees with rolled up sleeves or a dress shirt adorned with exotic prints. It’s a clean look teamed with the trademark Fedora and brown locks which Bay effortlessly owns no matter where he is. Jewellery and watches is also a requisite to pulling off this young Johnny Depp look. Opt for a masculine ring or a black leather watch and you’ll have a great balance of style which doesn’t take the focus away from your talents. 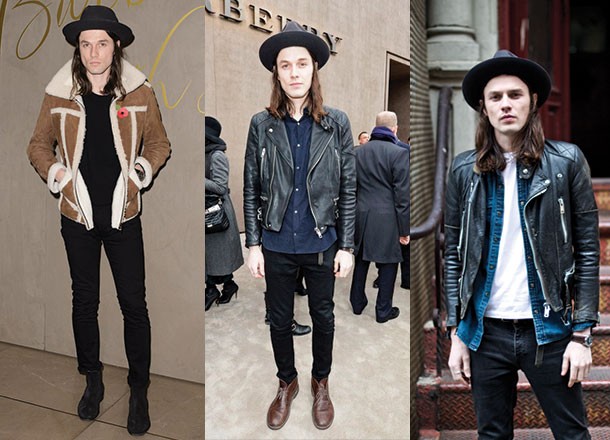 Much like the tee, the leather jacket is the dominating piece for any indie rocker. Bay likes to change things up with a variation of the loudest pieces available. As such you’ll find multi-zip, buckles and quilted stitching which adorns all of his jackets.

At the other end of the spectrum it’s a suede affair, lined with wool and topped off masterfully with a red buttonaire. Taking this approach adds flair and class to an often edgier look. Pull it off right and you’ll ooze serious indie cred. 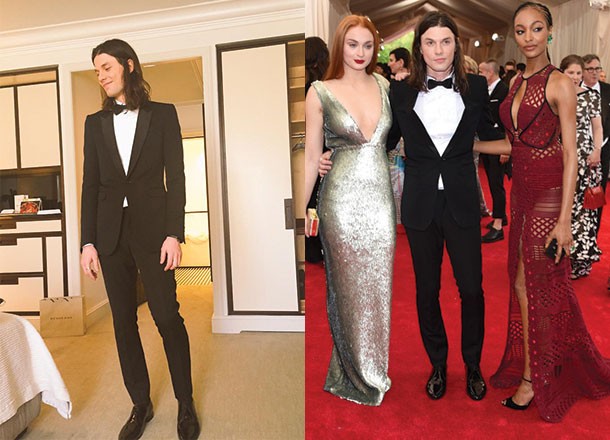 When a band member goes glam for the red carpet, this is what you get. Bay opts for the classic black tux to avoid any conflicting looks. The only clue of his edgier talents beyond his entourage is his hair worn down in a clean and neat manner. Tuxedos in this case are cut ultra-slim and shoes are polished.

A classic timepiece with a black leather band also complements this look without taking away too much attention. Stylish rock stars? Now you’re talking.