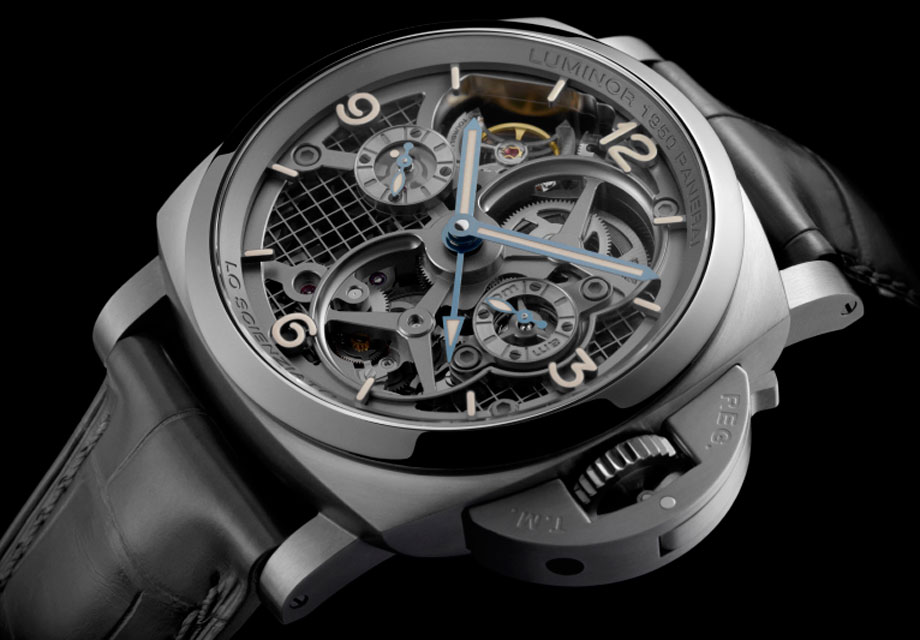 D’Marge is reporting live from Geneva to bring you the latest releases from the world’s premiere luxury watch exhibition, SIHH 2016.

Taking a bold step in the right direction at this year’s show is Panerai with a fresh take on their timeless and unmistakable designs. Originality is the theme of Panerai’s showing for this year’s event, albeit with some special editions that have come out of the wood work.

Overall it’s a fine mix of vintage flair alongside modern cues. Let’s take a closer look at each one.

Panerai’s coveted Radiomir Collection receives a host of new features and functions via the introduction of the new in-house P.4001 and P.4002 automatic calibres. This allows the timepieces to display the date, GMT and power reserve alongside a selection of the latest creative dial designs.

One of the models to debut on this line is the Radiomir 1940 3 Days GMT Automatic PAM 00627 featuring the P.4001 calibre. Set on a black dial with Paris hobnails, luminous Arabic numerals and hour markers, the markings stand out beautifully.

The dial itself is available in two variations for the PAM 00627 – one for each type of strap in either brown or untreated leather. One version shows off a clou de Paris finish whilst the other has cool vertical stripes relief.

Its functions extend to show the hours, minutes, small seconds, date and second time zone as well as a 24-hour indicator at 9 o’clock. The power reserve for PAM 00627 spans an impressive 72 hours or 3 days.

On the outside, the case sits at 45mm and is crafted from robust AISI 316L polished steel. Water resistance is rated at 100 metres whilst Panerai’s trademark time-reading legibility under both normal and poor lighting is present with the help of Super-LumiNova application across the hands.

Panerai’s PAM 00628 is almost identical to the PAM 00627. The only difference is that the P.4001 calibre is replaced with a P.4002 calibre which adds an extra power reserve dial.

One feature we do need to mention though is the ease of setting the watch. One device built into the watch uses a mechanism to stop the balance and zeroes the seconds hand as soon as the winding crown is pulled out.

The second device enables the local time hand to be moved forward and backward in increments of one hour without stopping the minute hand or interfering with the running of the watch, whilst still automatically adjusting the date.

The PAM 786 Luminor Black Seal Left Handed 8 Days is one of those two models. It comes with a black dial in a 44mm stainless steel DLC coated case as found standard in previous models with one difference.

This version is the Destro model which means it’s a left-handed piece designed to be worn on the right hand. As such, the crown and crown guard are both allocated on the left side of the case and complemented by a brown leather strap.

The second watch in the set is the Luminor Daylight 8 Days. Featuring a stunning vivd blue on all markings set against a white dial, the watch makes a beautiful statement to any man’s attire.

There’s a small seconds hand at 9 o’clock and the case is set in 44mm in polished AISI 316L stainless steel. The winder protector is placed on the right side in sticking with the original model’s design from 1986.

A deep blue alligator leather strap finishes off this piece rather nicely. A set consisting of both watches retails for €19,990.

A spectacular showing from Panerai this year was the PAM 00578, a piece dedicated to the famed Italian astronomer Galileo Galilei.

Exceptional lightness is what strikes you first when you hold the Lo Scienziato – Luminor 1950 Tourbillon GMT Titanio. This can be misleading as PAM 00578 is actually packed full of features within a 47mm titanium case. Hours, minutes, seconds, GMT with am/pm indication as well as a six day power reserve all work in unison with an intricate tourbillon escapement.

At the heart of this is Panerai’s sophisticated P.2005/T mechanical movement, a hand-wound calibre with a special tourbillon which has been skeletonised and crafted with titanium bridges and plates. As a result, the P.2005/T weighs 35% less than the P.2005/S skeletonised version.

This isn’t where the diet ends though. Panerai have commissioned a manufacturing method called ‘Direct Metal Laser Sintering’, a process which enables the case to be hollowed out internally as it is being made.

More specifically, the process builds up a solid 3D object using individual layers derived from powdered titanium and a fibre optic laser. Each applied layer is only 0.02mm thick and stacks together to form a solid case which doesn’t compromise on strength, rigidity, water-resistance, tension or torsion.

A nice touch on the case is also the ‘Lo Scienziato’ and ‘Luminor 1950 Panerai’ monikers engraved across the circumference of the face. To finish the piece with class, the deployment buckle is crafted from titanium using the same intricate skeleton workmanship as found on the watch.

Only 150 examples of the Lo Scienziato – Luminor 1950 Tourbillon GMT Titanio will be made.

No pricing is available yet for this watch. 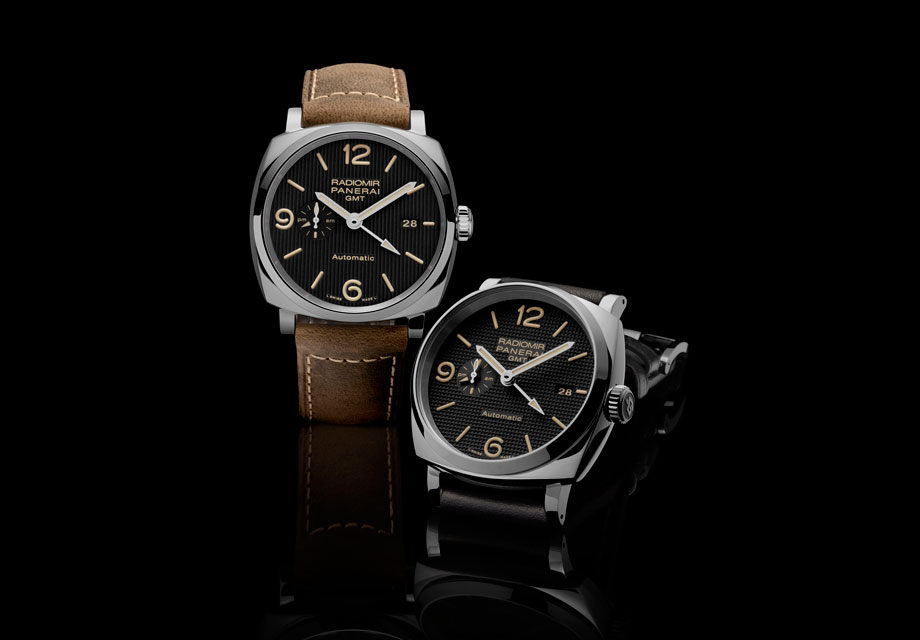 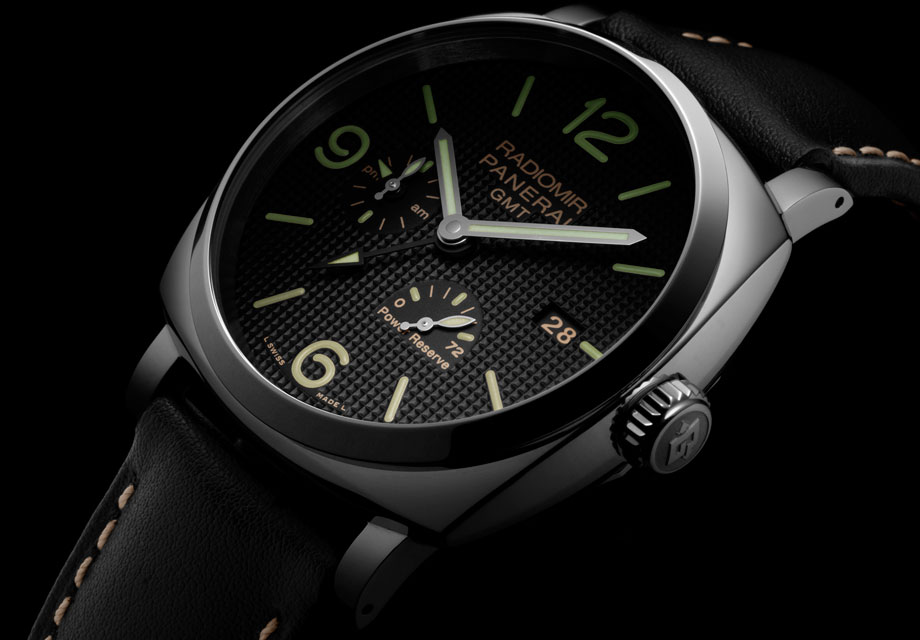 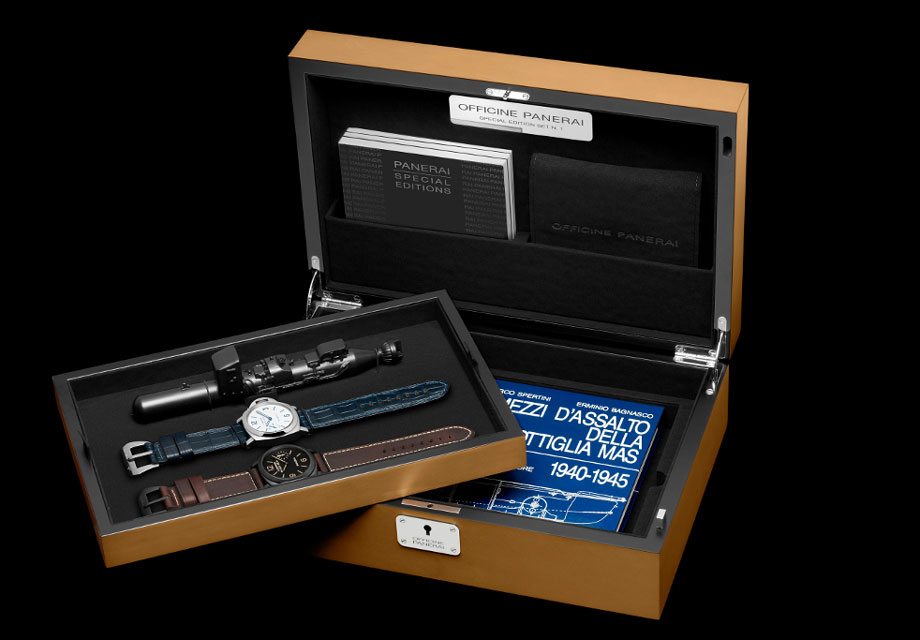 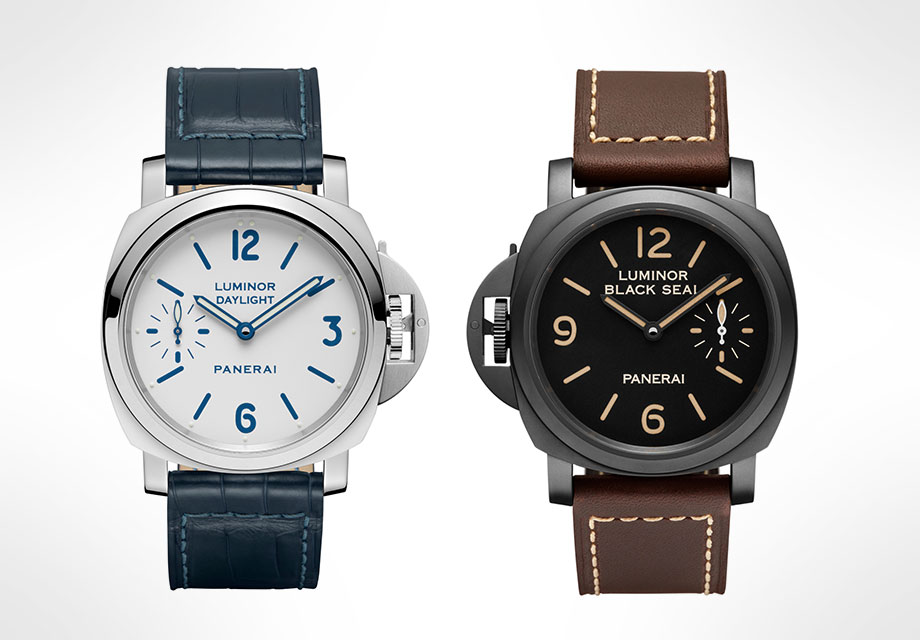