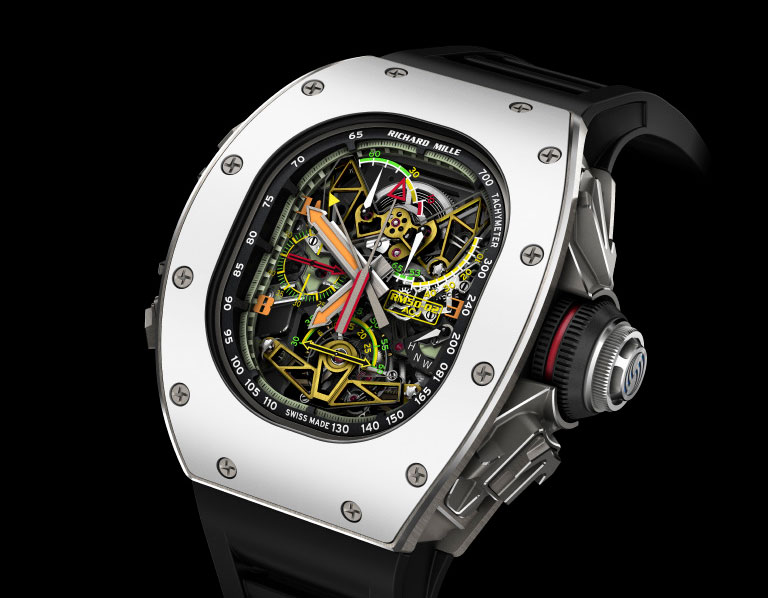 Richard Mille is tapping into the best of both worlds at SIHH this year with the inclusion of a svelte new model designed to appeal to a broader market. That’s not to say there’s no Richard Mille hero piece though. Far from it in fact.

The Swiss watchmaker has debuted a stunning timepiece in the ACJ RM 50-02, a bold collaboration with Airbus Corporate Jets which sees it as a tourbillon with a sticker price of $1,050,000.

Interested? Read on to find out more on our top picks of Richard Mille timepieces from SIHH 2016.

Richard Mille has channelled the aviation industry for their most audacious timepiece yet. The RM50-02 ACJ is the company’s collaboration with Airbus which sees an extremely sophisticated and lightweight watch reflecting the engineering and aesthetic prowess of Airbus’ luxurious corporate jets.

To achieve this, Richard Mille embarked on implementing advanced, open worked design elements in the internal design of bridges and baseplate in grade 5 titanium, along with an extensive application of ‘skeletonisation’ wherever possible for significant weight reduction. Many of the internal components making up the movement have been coated with aeronautical repellant commonly used to protect engine and chassis parts from corrosion and contamination.

The 50mm case itself is a work of art, crafted from a titanium-aluminium intermetallic alloy with a secondary ceramic bezel which mimics the window shape of a typical Airbus jet right down to the multi-layered hull structure surround. Unparalleled strength without compromise on weight is Richard Mille’s goal here, with the titanium-alloy being the same material used on the Airbus’ temperature-treated jet turbine blades.

The watch boasts a 70 hour power reserve which can be viewed on the indicator between 11 and 12 o’clock from the RM50-02 tourbillon calibre. The bright yellow and fluorescent green gauges on the dial faithfully mimic the colours from the signature Airbus cockpit.

Only 30 pieces of this coveted watch will be made via Richard Mille boutiques with a price tag of $1,050,000.

Richard Mille decided to bring forth its successor to their iconic RM 010 Automatic for SIHH 2016. The RM 67-01 Automatic Extra Flat is a resounding timepiece which utilises extensive skeletonisation to create a visual depth within the movement – a signature feature across all Richard Mille watches.

The dial detail also adds to this visual depth with numbers sculpted out of solid metal and filled with Luminova to provide easy night-time viewing – a first for Richard Mille in this category of watches.

The slim dimensions of the watch is attributed to the latest calibre, a 3.6mm thick CRMA6 automatic movement, which was developed in house by the engineers in Les Breuleux just for the RM 67-01. The calibre affords the wearer a 50 hour power reserve.

This affords the watch a much smaller footprint of 38mm in the sleekest inimical tonneau shape yet in the Richard Mille range. On the build side, microblasted grade 5 titanium with grey electroplasma treatment lends rigidity to the baseplate, as well as precise surface flatness which is crucial to a perfect functioning gear train. The watch’s bridges are also made from grade 5 titanium and black electroplasma treated.

The RM 67-01 Extra Flat is now available from Richard Mille with an expected price tag of around US$80,000. 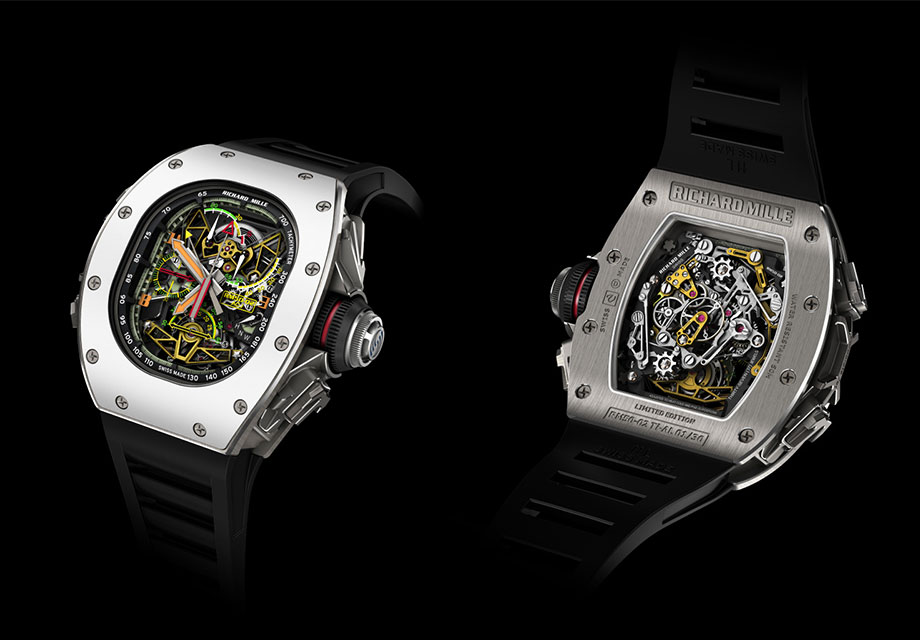 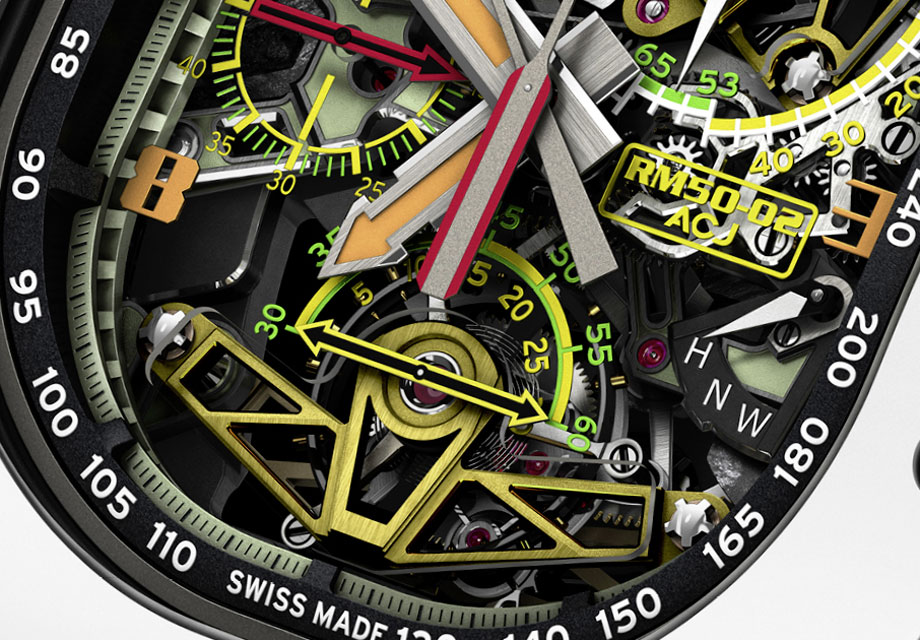 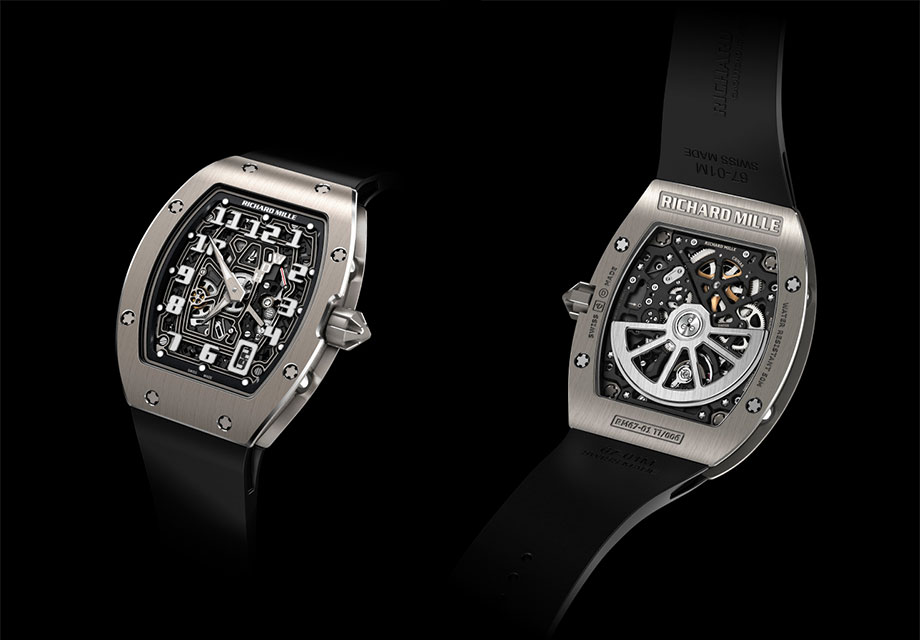 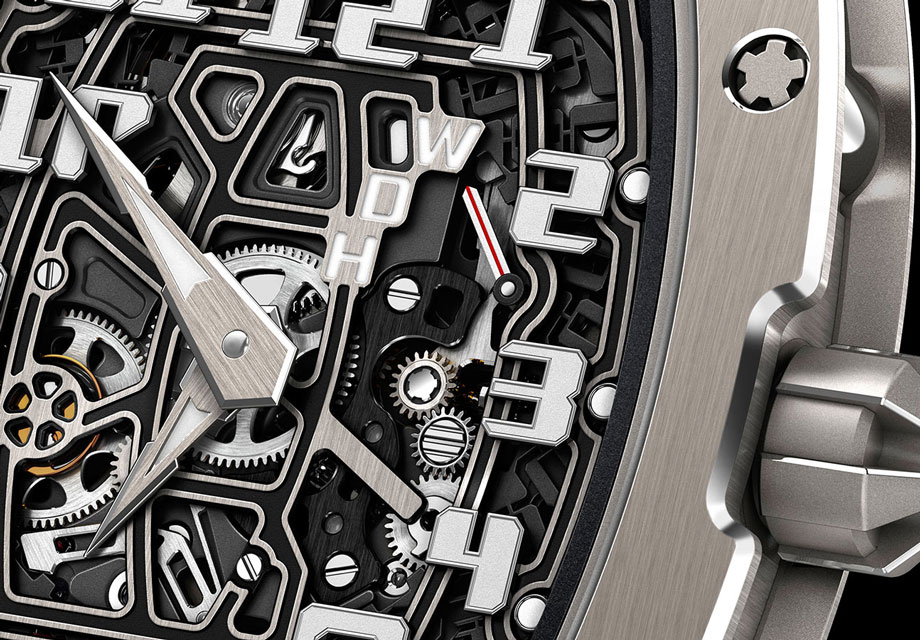 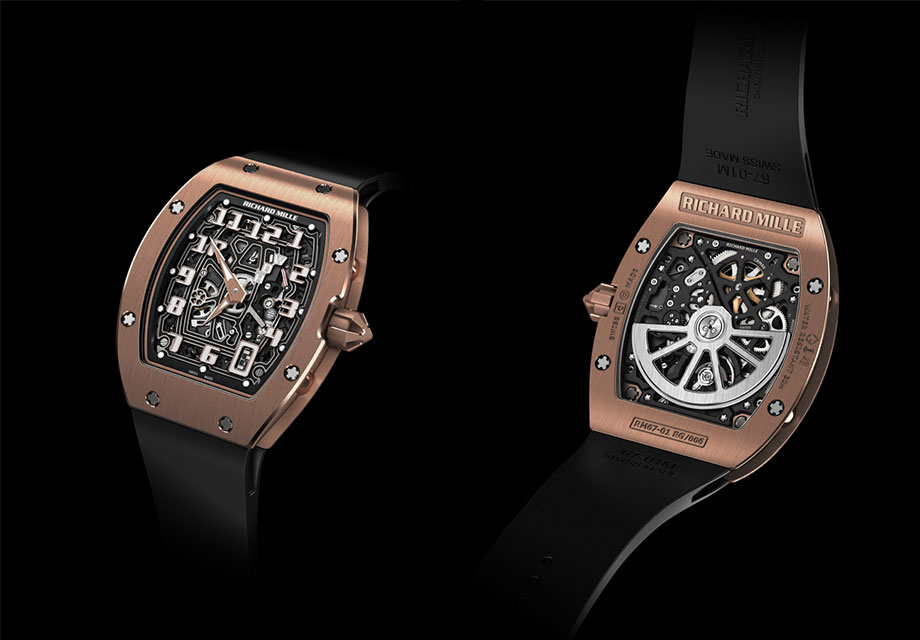