When Milan Fashion Week is all said and done, there remains the memory of impeccably dressed men – those darting from runway show to cafe and back to show front-row; a snapshot of the sartorial buzz in and around Milan during the five day sprint.

Why’s it so important? Italian style is known for its rakish tailoring and sprezzatura style, which sees men commit to looking sharp while pushing the parameters each and every season. From on-point outerwear to sloppy pants, we’ve selected 8 fashion wins (and a few sins) from Milan Fashion Week to adopt – or avoid, if it’s the latter – for the winter ahead. 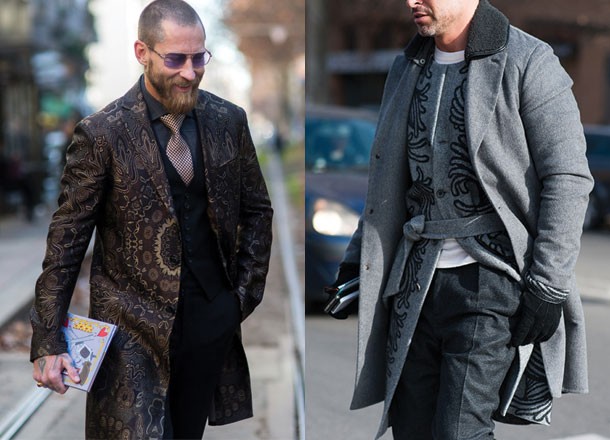 Shunning minimalism, men in Milan looked to the exotic patterns of the east for a spicy take on outerwear and under pieces. The Banyan – a Persia-meets-Asia garment adopted by western intellectuals in the 18th century (it was a special robe worn by men while getting painted) caught the eye of this century’s very own fashion portraiture – street-style photography.

But Italian tailors had reworked the Orientalism with dark chocalate mohair top coats taking on Banyan motifs, layered over traditional suits. The eastern piece – as an undergarment – also came embroidered in its original robe-state, but without the silk and bright colours, reimagined as black embroidery on wintry grey flannel. Verdict: Win, though keep the embroidered tailoring far away from the office. 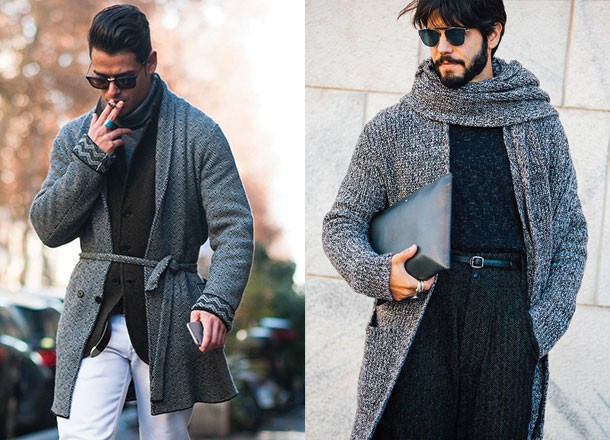 Milan’s softening of the male silhouette saw the return of the cardigan. While sleeker cardigans in cashmere played the role of fashion ‘meat’ – sandwiched between a coat and roll neck sweater – thick wool cardigans played the role of trench coat in speckled greys and charcoal.

Key styles came crafted with a streamline shawl lapel and elegant waist tie – knitted to the side and slightly open – for a unplanned take on the robe cardie. Thicker gauge cardigans were worn like top coats, over tailored, tweedy trousers and woolly sweaters. Verdict: Win. Try styling the cardigan with tailored pieces and avoid giant scarfs which will only ‘drown’ your look. 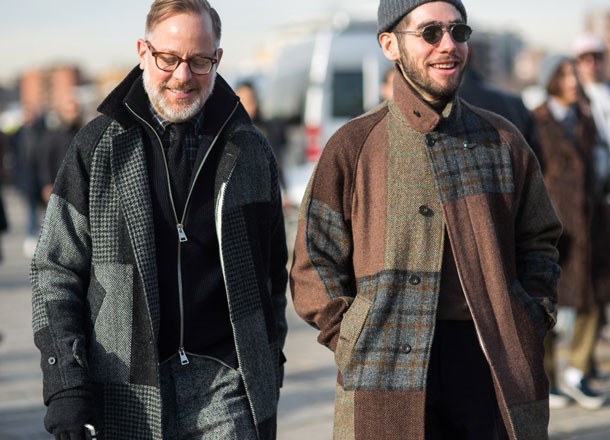 The heritage fabric made its way to Milan this season, gracing the shoulder as raglan blazers and as solid accompanying pieces: hunting vests and sturdy trousers. But the standout was the tweed coat. With the collar flared and strong lapels, tweed coats were rich in texture as flecked check, herringbone, or overcheck.

They great thing about a tweed coat is that you can throw almost any pattern (or two or three) into the outfit mix and it works. Like monochrome, tweed’s like an anchor for every winter outfit. But, unlike plain black or navy, tweed offers texture via weft and subtle print. Verdict: Win all round. 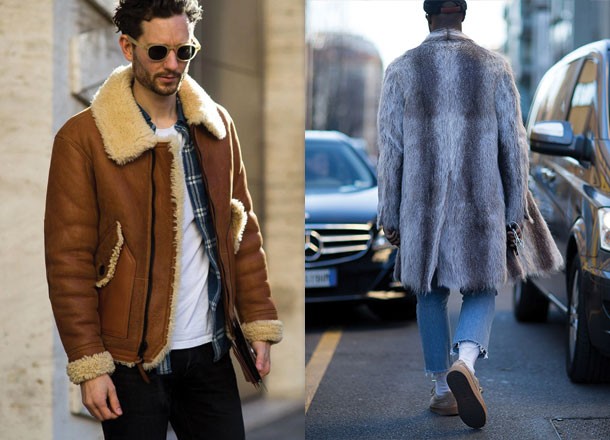 There was a definite nod to fancy fur coats and fleecy jackets in Milan. From oversized Yeti creations to tufted teddy bear topcoats, outerwear was bold and plush – and expensive. Paired with jeans and sneakers, the luxury was toned down to a streetwear level. 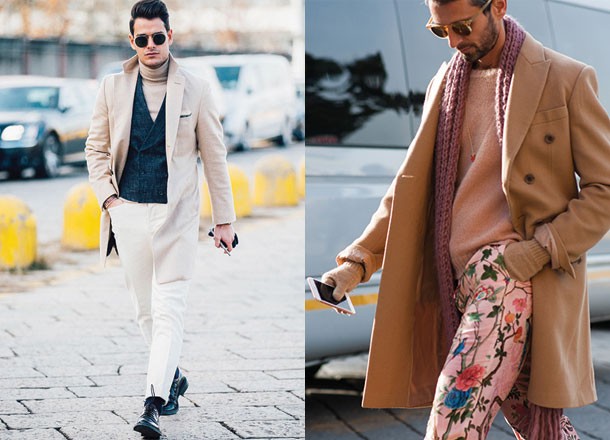 Lead by the romanticism captivating Italian menswear this season, the Milanese were showing their softer side. While the move toward pastels – sandstone to rose – and florals for winter is refreshing, it takes a style-assured man to wear say, pink trousers with bold, floral embroidery.

That said, light pink is the official the colour of the year for 2016. And paired with a camel topcoat – which blankets the noise of boisterous print, you have a masculine adaptation of the gender-bender colour. A dark waistcoat and shoes adds another man-touch. Verdict: Win on pastels, but opt for a floral neckerchief or shirt as flower trousers are quite overbearing for the everyday wear. 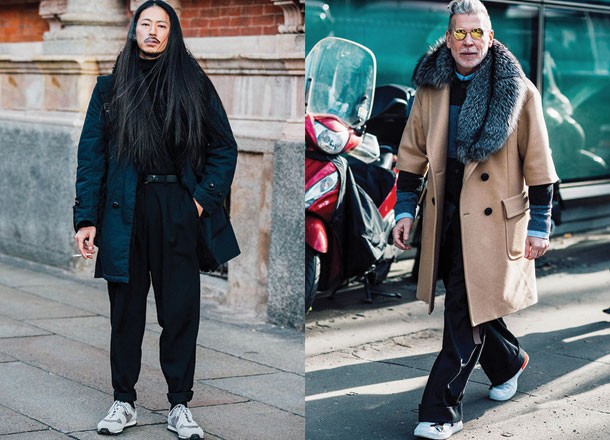 Tight pants were nowhere to be seen in Milan, putting the nail in the coffin of skinnys for men. Pleated trousers billowed at the waist and down to the knee before tapering at the ankle. 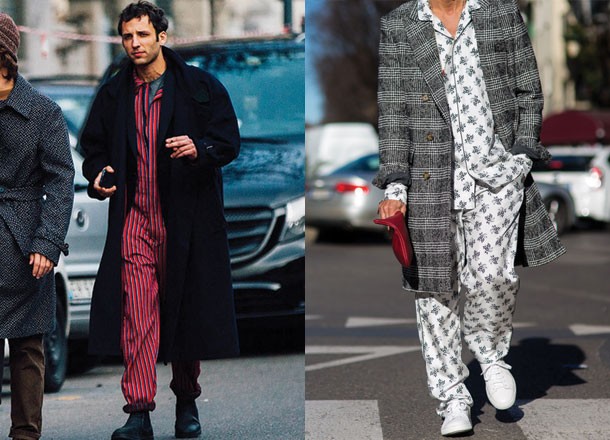 Public pjs? With a slew of luxury brands tapping louche loungewear for men this season, silk pyjama sets and boiler suit onsies have leapt off the bed and onto the Milanese streets. It’s this idea of tailored-cum-comfort in menswear: loose-fit trousers with elastic waistbands and boxy, button downs with revere collars.

The hallmark is the allover print – florals, candy stripes or spots. Then, chuck an overcoat over it – with sneakers or boots – and hope no-one notices you’re in your intimates. Verdict: Si-in. But do try the lounge-collar shirt on its own, over rugged bottoms such dark denim or wool trousers.