9 Things That Blew Our Minds At Tokyo Auto Salon 2016 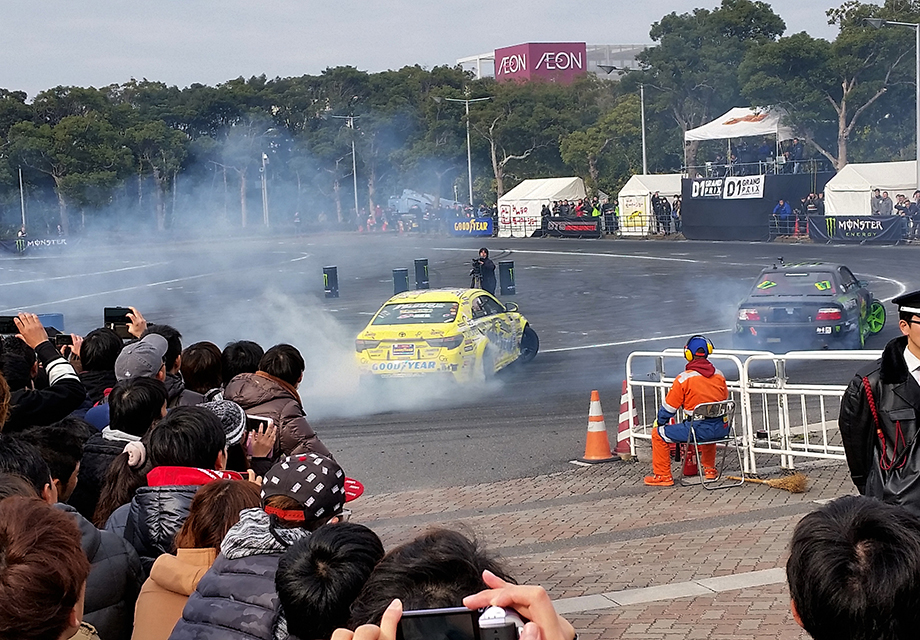 The Tokyo Auto Salon is Japan’s leading convention for the automotive aftermarket. Thousands of patrons make the pilgrimage to the country each year to experience the custom cars, the automotive celebrities and the scantily clad booth babes.

If you’re familiar with the car show circuit, you may think you’ve seen it all. You haven’t. The Tokyo Auto Salon is a unique beast – one part petrolhead fantasyland, one part singularly Japanese spectacle. No other car show is quite like it.

This year, we flew in to experience the madness for ourselves. Here are nine of the best things we saw.

The Lexus booth was the first display that grabbed our attention. Although the factory RC-F racecar at the front was a sight to behold, all eyes went straight past to the 5 metre tall model car track behind it, where a hundred mini RC-Fs raced around on continuous loop. Surrounding the track was the Oculus Rift Speed Experience, where visitors could don the high-tech headgear and take a lap with one of the little cars in first-person view. Lexus certainly won the Booth Creativity Competition (which we just made up).

Every car show hires models, but only Japan could do it like this. The ladies at the Audi booth were severely dressed and instructed to show less emotion than Kristen Stewart. Everywhere else, it was ultra-revealing miniskirts and microscopic tops, or themed costumes with cat ears, or any other racy combination of 20% fabric and 80% skin. The only booth to break the mold was Gazoo Racing, which featured shirtless, ripped, flexing male models (much to the delight of girlfriends dragged along to the event).

On the off chance that you grew tired of ogling stationary models, some of the larger displays kicked things up a notch with choreographed dance routines. The models busted their best moves accompanied by plush characters of animals, spark plugs and unidentifiable puffy cloud creatures that could have been drawn by Takashi Murakami. At other times, the menagerie of models and characters would get up on stage for what appeared to be ironic live interviews with the serious staff members.

It was never difficult to tell when a model had entered the scene, as a flock of sweaty men sporting camera equipment would appear immediately after. What followed was a scene straight out of a nature show on the Serengeti – pushing, shoving, reaching, shouting and selfie-sticking ran rampant, as the herd of photographers grappled to get the best shots of breasts possible. A growl wouldn’t have seemed out of place.

It wouldn’t be a trip to Japan without robots. With no BB-8 to be found, we settled for Pepper, a metre-high robot with adorable eyes and an iPad display that each booth used to showcase their product. Pepper moved her arms and head to greet guests, or accidentally slap them in the face when they bent down to take photos with her.

Ads in Japan consist mostly of bright colors yelling at you, and this convention was four halls of live ads. The models struck cutesy poses, the inanimate objects had cutesy faces – even some of the cars had cutesy anime girl vinyl or were completely covered in pink flowers. On top of all that pageantry was booming music with fast pumping beats, and announcers speaking as quickly and loudly as possible about their wares. If sensory overload was a life-threatening condition, TAS attendees would be admitted to the hospital within minutes.

Outside of the halls, D1GP, the top Japanese drifting competition, held its first round of the season. The winning car was a highly modified Lexus LF-A, part of a new trend to build drift cars from expensive exotics rather than cheap Nissan Silvias. The most notable aspect of the event? The utter lack of safety precautions. The only thing standing between the crowd and the sliding cars were wimpy metal fences, and during the exhibition portion, the drivers didn’t use helmets.

#8 This One Goes To Eleven

It’s an old Japanese tradition to take an existing idea and bring it to the absolute extreme. So you like stereos? How about a Prius with 8000 speakers donned in glitter, fluorescent lights and LEDs, blasting the Imperial Theme from Star Wars? You like Exotics? How about a pink Liberty Walk Aventador bedazzled with rhinestones? Japan’s American cars even out-America America.

At most car shows, visitors look at the shiny objects, smile, and continue on their way. At the Tokyo Auto Salon, audience participation is an integral part of the experience. Kids lined up at the Nissan booth to sit in the new JTCC race car. Businessmen in suits stuck their heads through a cut-out flower to be photographed with models dressed like bumble bees. Women posed with a space-age samurai. On the whole, the experience at TAS was more interactive and much less cold than your average auto show. Well done, Japan. We like your style. 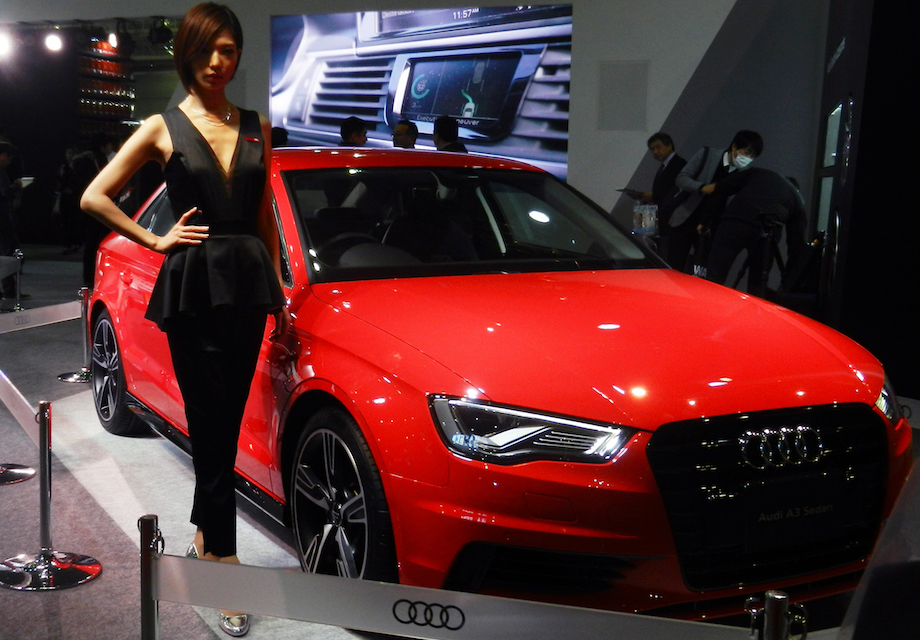 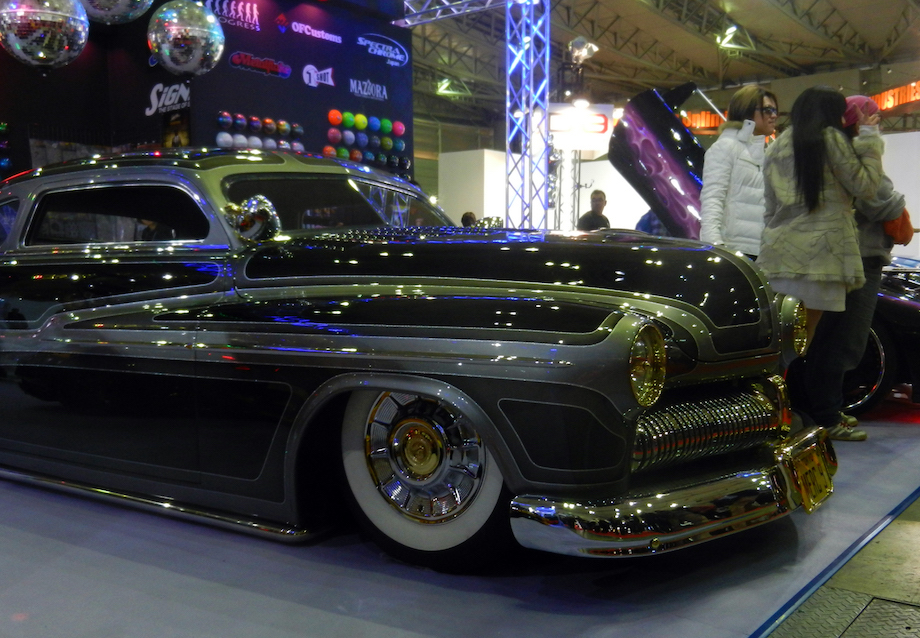 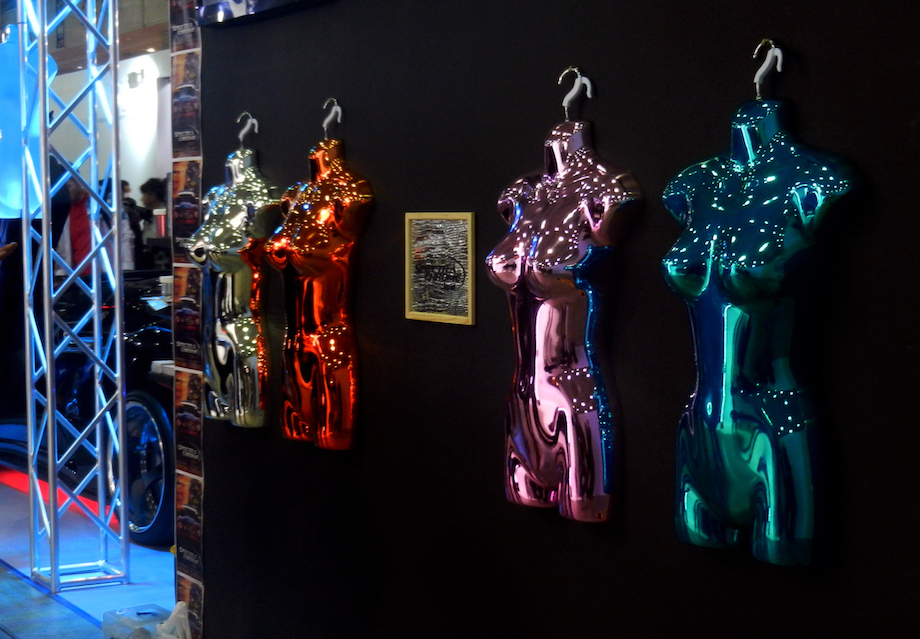 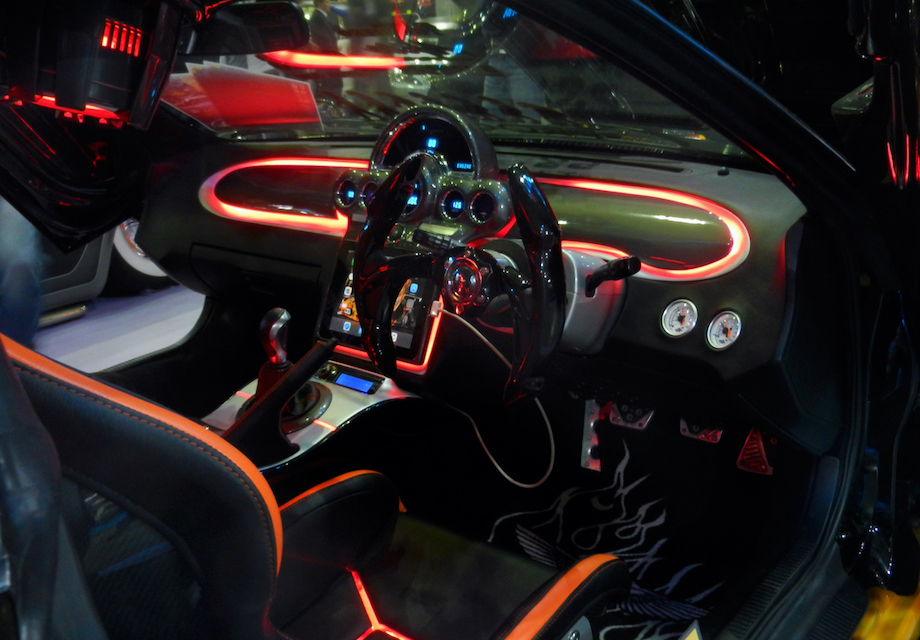 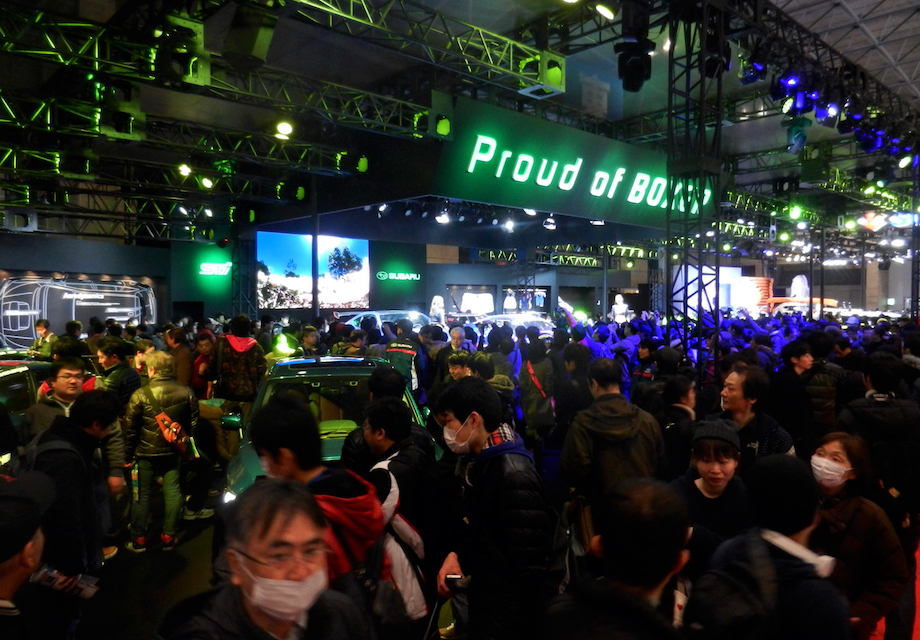 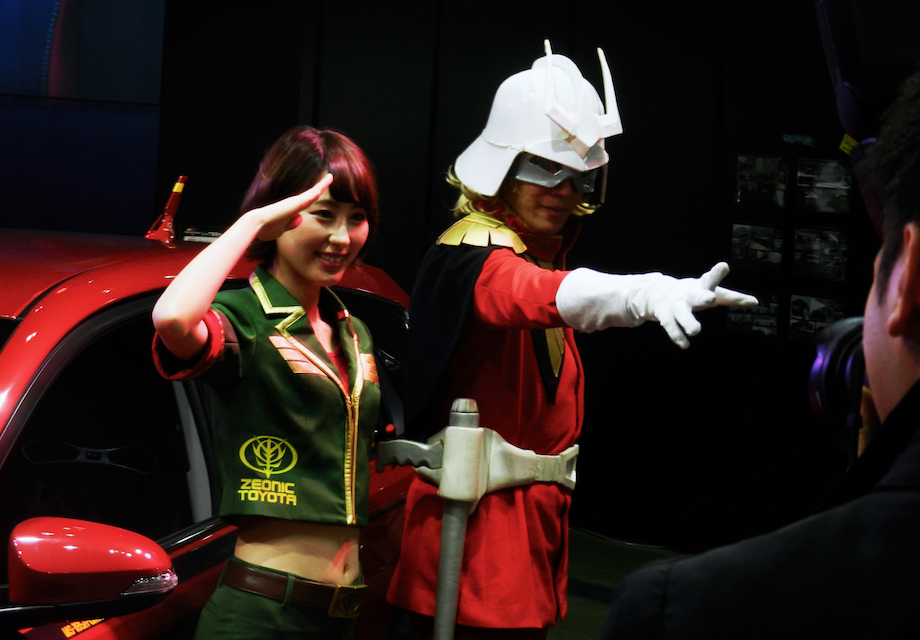 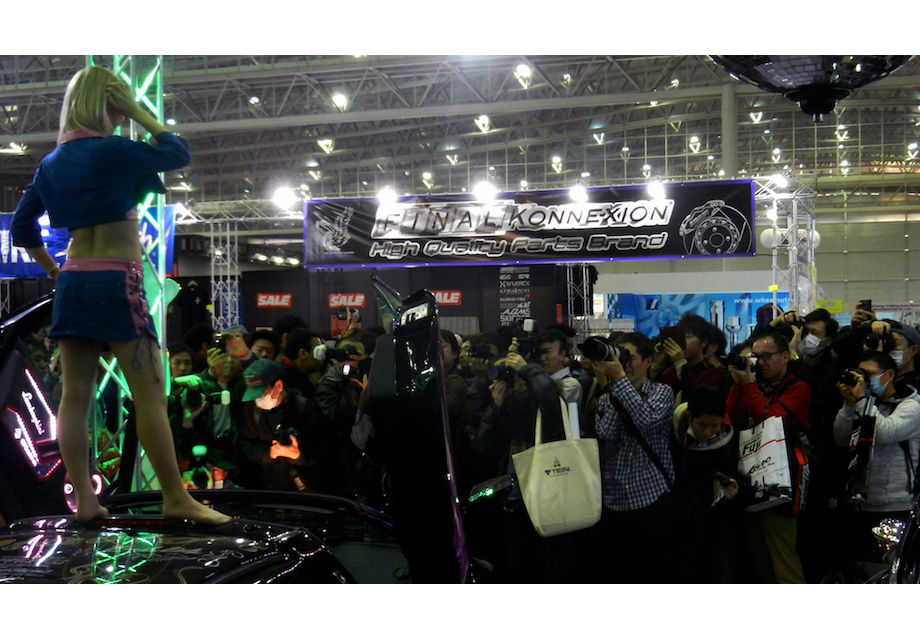 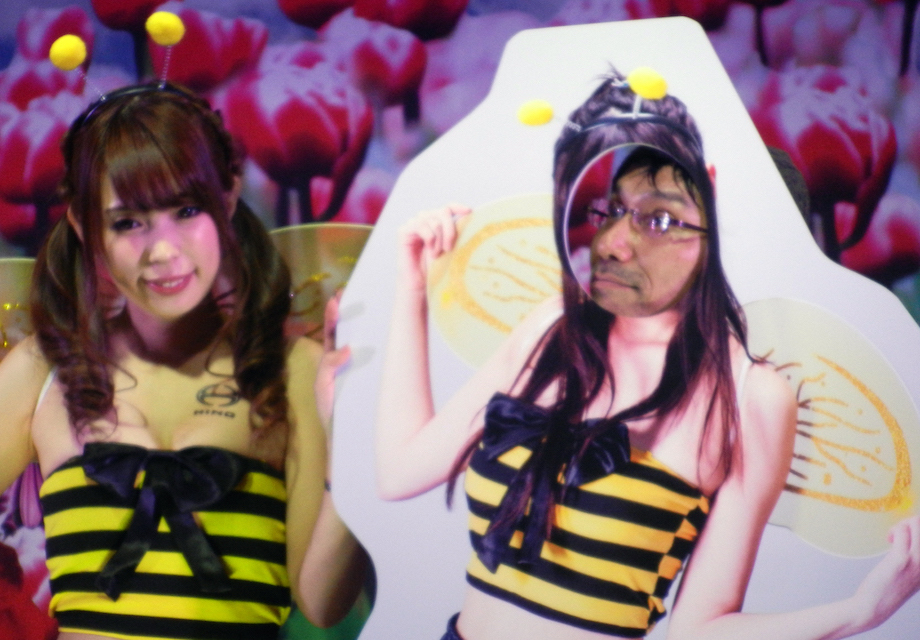 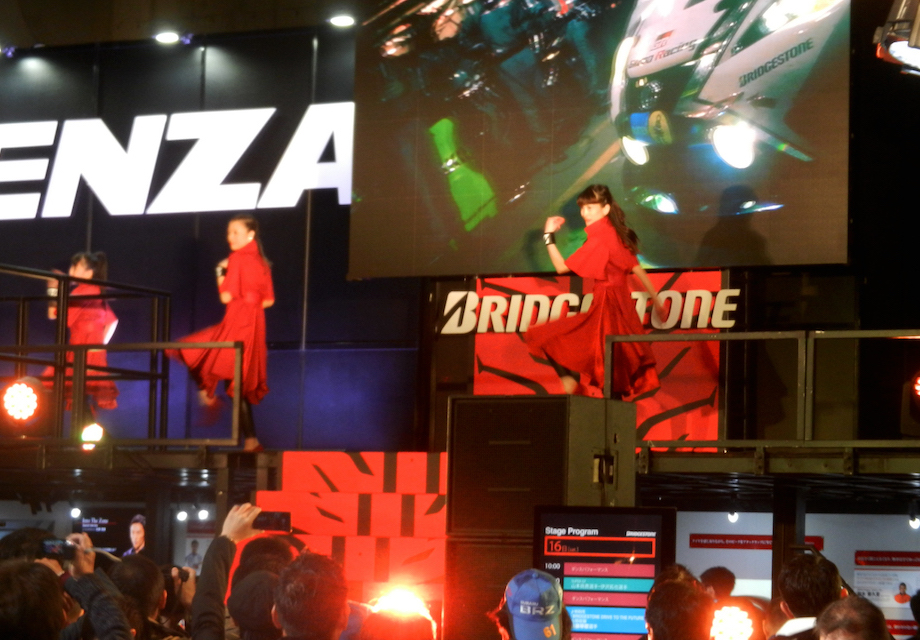 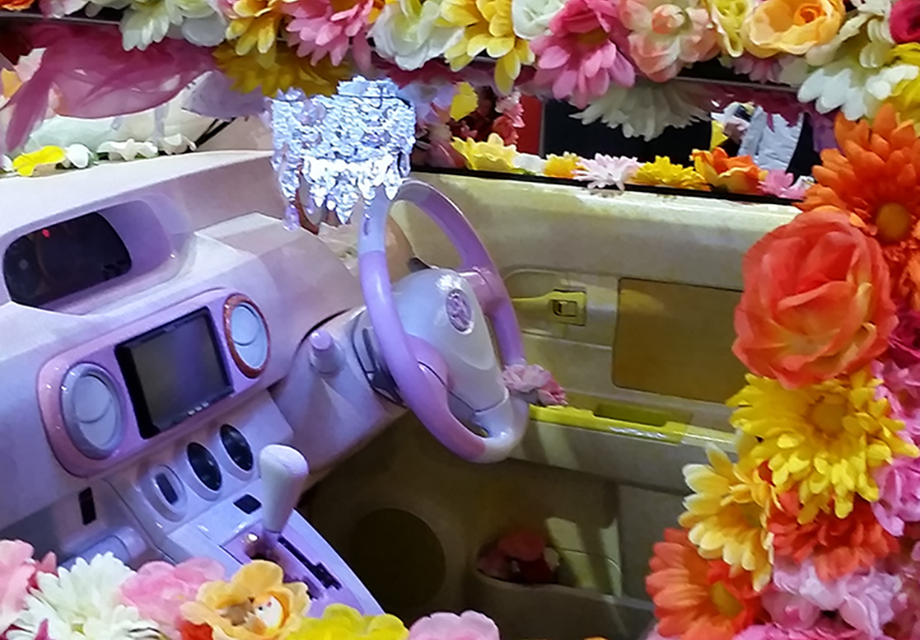 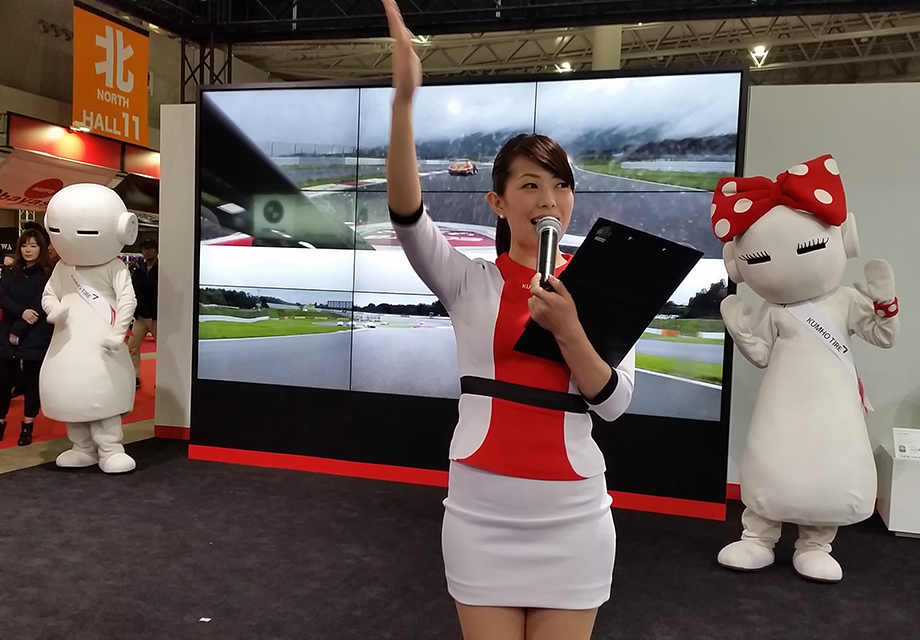 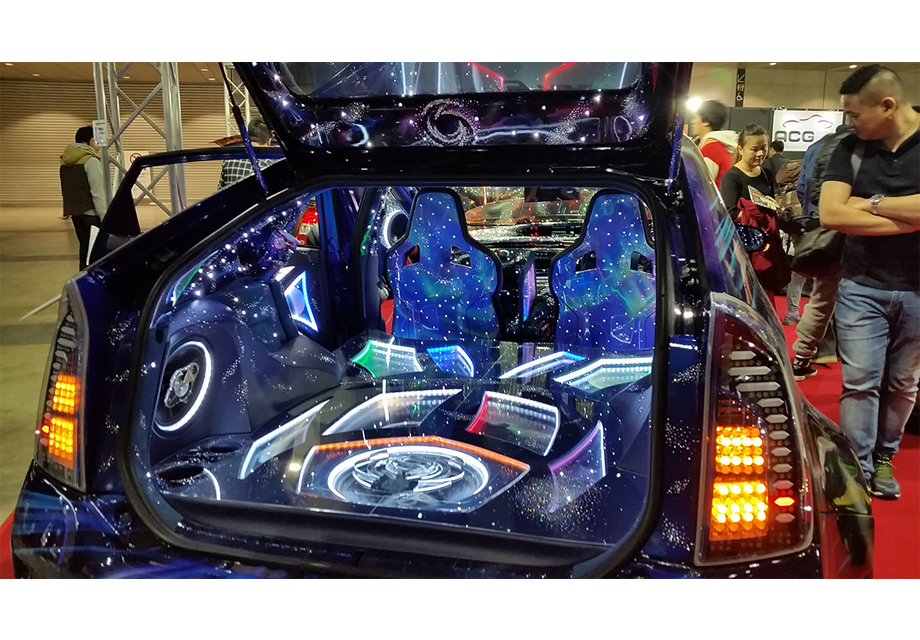 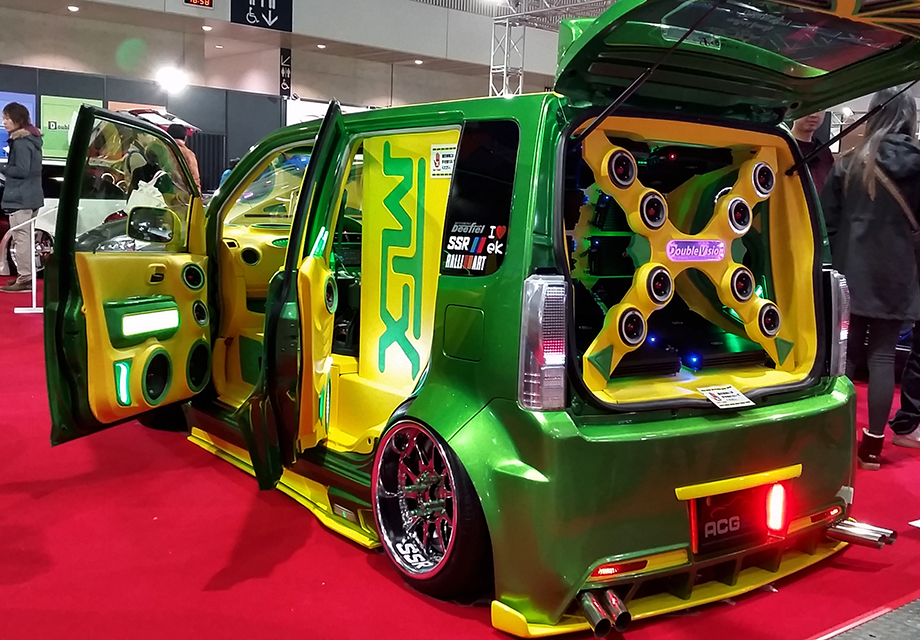 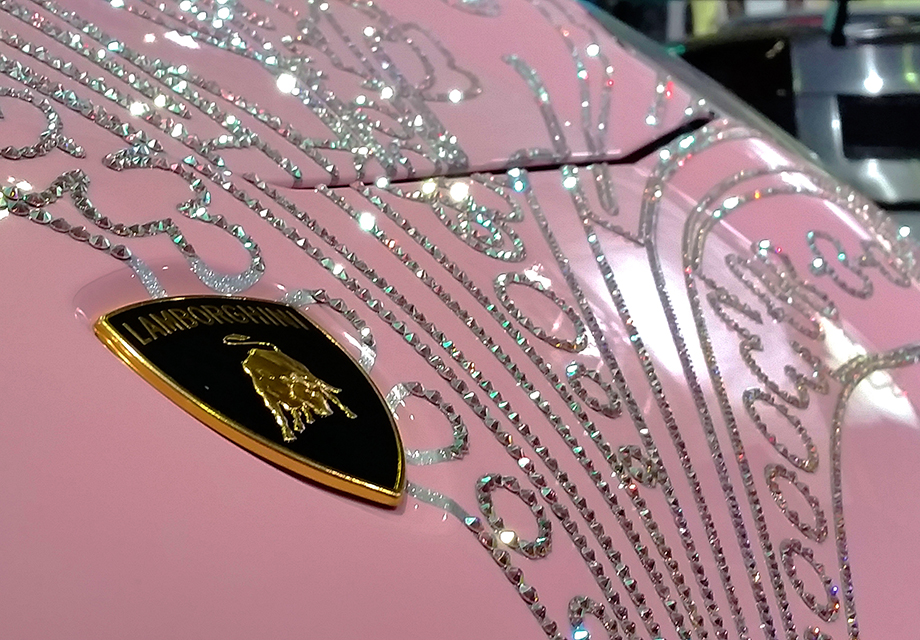 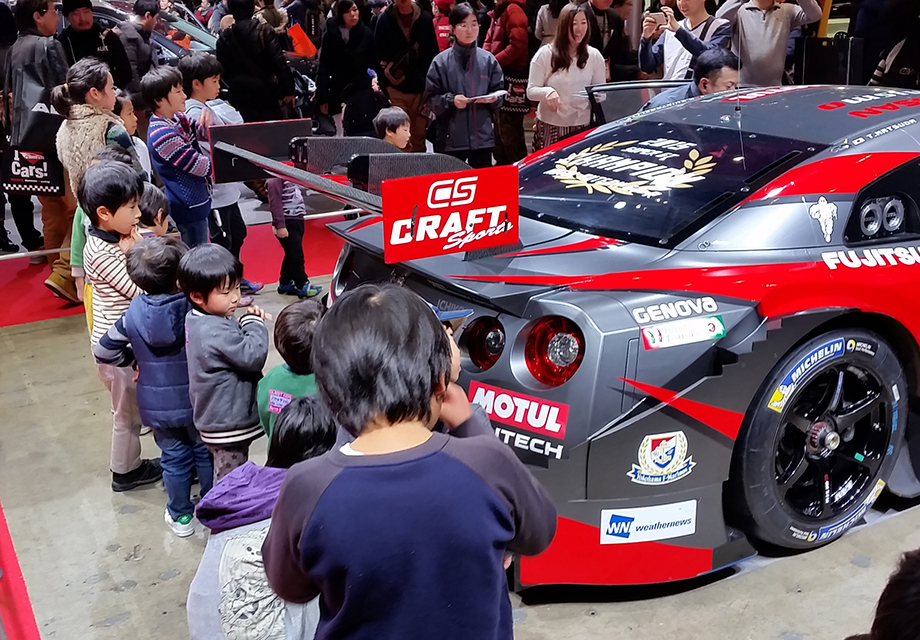 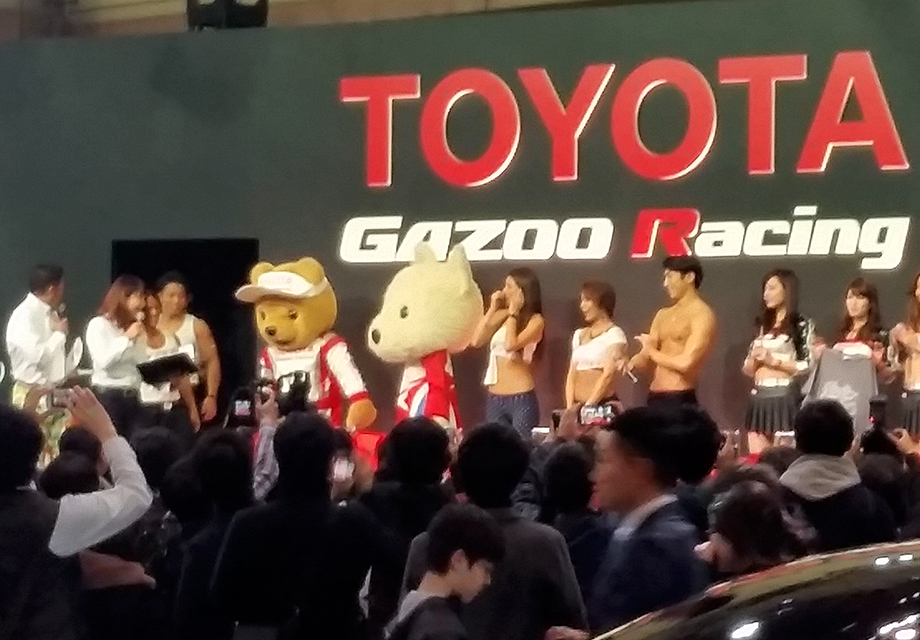 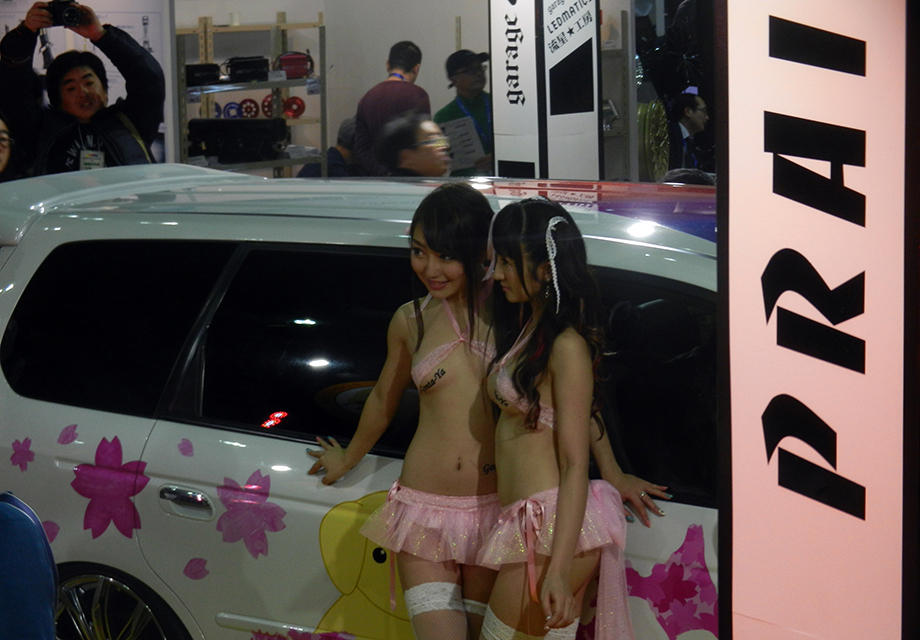 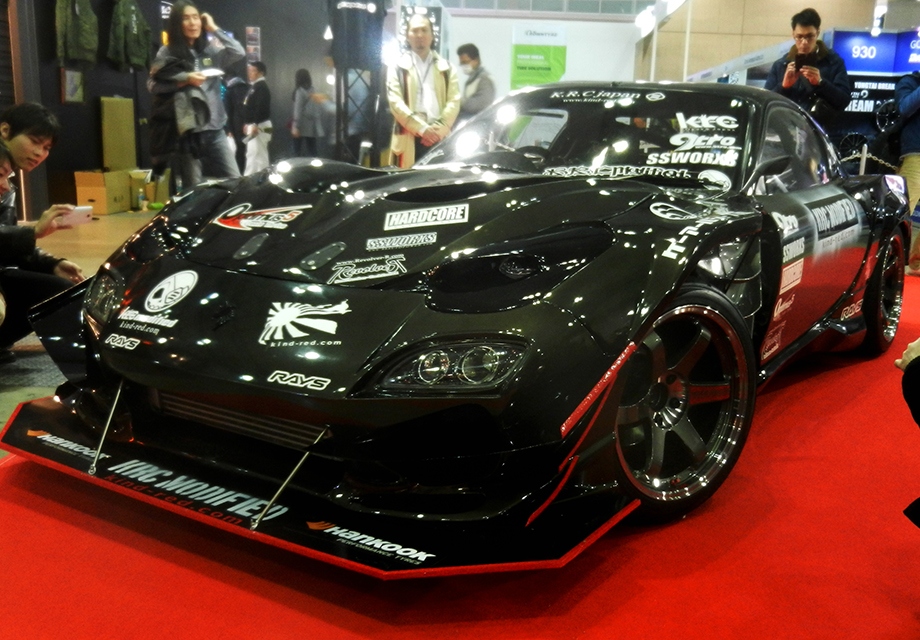