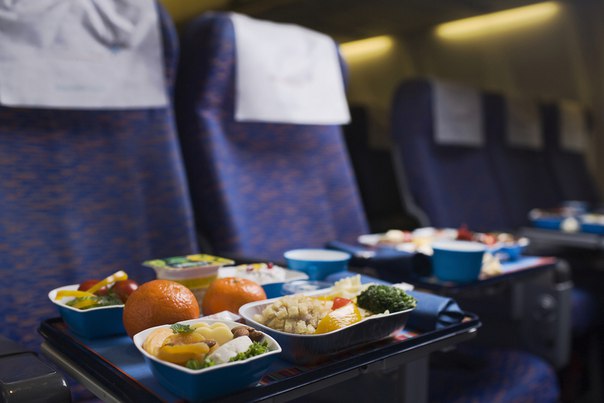 Face it: unless you’re flying in Etihad’s ultra-swank Residence cabin, you’re not enjoying your flight. Air travel is about getting from A to B, and as much as airlines try to make you forget that you’re trapped in a box suspended far above Earth, in the back of your head you’re fixated on when those blankets were last washed or what infectious disease the coughing guy next to you has.

It turns out that you have every right to worry. As a passenger, there’s plenty of information you’re not privy to (and that airlines would prefer you never knew). Unfortunately, once you hear these unsettling secrets of flying, you’ll also wish you never knew.

The seat-back tray is a Petri dish for bacteria.

That tray you oh-so-eagerly lower for a beverage or a meal is crawling with disgusting things. They’re rarely cleaned or sanitised, despite the fact that parents have a nasty habit of using them as interim changing tables. Bring antibacterial wipes on your next flight, unless baby fecal matter sounds like a delicious side dish.

You could be very close to a corpse.

Life happens, and sometimes that means it stops happening – in flight. Mid-air deaths aren’t uncommon, and sometimes they’re so subtle that no one notices until landing. If you’re not sitting next to a corpse, you may be above one. Dead bodies – nicknamed ‘HR’ for ‘human remains’ – are often shipped as freight on commercial flights.

You aren’t the first one to touch that pillow.

Being cold and uncomfortable may be preferable to requesting a blanket or pillow. A flight attendant told Huffington Post that they’re not washed between flights, just refolded and stuffed back in the bins. Freshly washed linens are only supplied to the first flight of the day. After that, it’s all hand-me-downs.

You don’t want the coffee, tea or prepared food on board.

Everyone knows airline food leaves something to be desired – but how bad is it really? For starters, food prep conditions are often less than savoury. LSG Sky Chefs, one of the largest contractors providing meals to airlines, is frequently slapped with health violations. The water tanks are hard to clean and full of contaminants, so steer clear of anything, like coffee or tea, that requires tap water.

An anonymous airline insider emphatically advised Huffington Post readers not just to drink bottled water on board, but to avoid any contact with water on a plane. “The reason being,” they said, “the ports to purge lavatory sh*t and refill the aircraft with potable water are within feet from each other and sometimes serviced all at once by the same guy.” The Wall Street Journal ran a test of tap water from 14 different flights back in 2002 and found bacteria levels “tens, sometimes hundreds of times above U.S. government limits.”