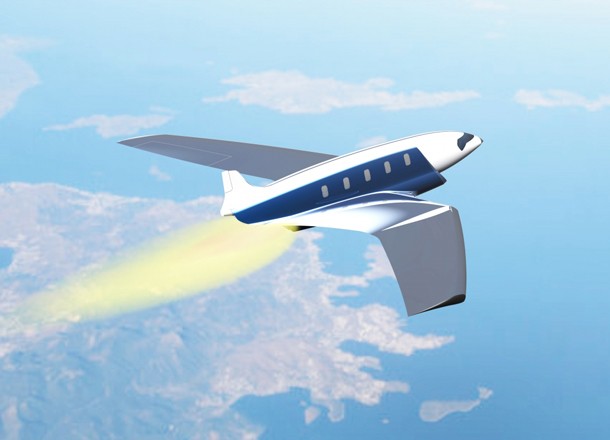 Forget the 5-hour nightmare flight behind a screaming baby and in front of a seat-kicker, an industrial designer has come up with a new concept for a hypersonic jet that could fly you from London to New York in just 11 minutes.

The ‘Antipode’, designed by Charles Bombardier of Canadian aircraft manufacturers Bombardier Inc, could carry a maximum of 10 passengers up to 20,000 km in under an hour. In fact, the hypersonic jet will be 12 times faster than the Concorde, which is set to fly again in 2019.

“I wanted to create an aircraft concept capable of reaching its antipode – or diametrical opposite – as fast as possible,” Bombardier told Forbes.

Rocket boosters attached the aircraft’s wings would propel the plane to 12.2km, reaching Mach 5 before separating and flying back to base. Long penetration mode would prevent overheating at supersonic speeds and would muffle the noise created by breaking the sound barrier.

Bombardier suggests that the jet could be used as business or military aircraft to transport two highly ranked officials across the globe, but is still decades away from taking off. Watch this space.