The European menswear circuit is getting a decent shake up with Italian fashion house Brioni parting ways with their creative director Brendan Mullane whilst across the border, French label Berluti confirmed that designer Alessandro Sartori will be exiting the company as well. Stefano Pilati of Zegna has also been earmarked to be leaving the Ermenegildo Zegna Group. 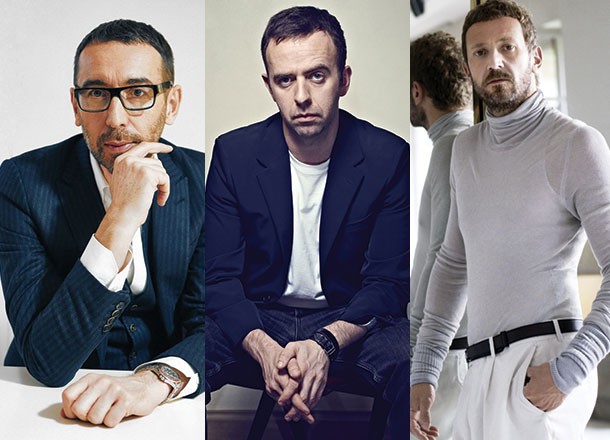 These are important positions which hold a significant influence on all the labels. Brioni’s chief executive officer Gianluca Flore told Business Of Fashion that “Brendan’s passion, vision and charisma always emerged through his work and we are very grateful for his dedicated commitment to the company.”

Early statements have revealed that Brioni will be announcing a new creative director “in due time” whilst their Spring/Summer 2017 collection will be produced by its internal design team. No word on Mullane’s next role has been revealed yet.

Over at the LVMH-owned Berluti, Alessandro Sartori who has spent five years at the the helm will be departing the role for a new and undisclosed opportunity.

Berluti’s Autumn/Winter 2016 range which was showcased at the recent Paris Fashion Week was his last for the label.

Over at Zegna, Italian fashion designer Stefano Pilati is reported to be parting ways with the Ermenegildo Zegna Group. Zegna declined to comment on the issue, citing the full disclosure as company policy on rumours regarding Zegna staff.