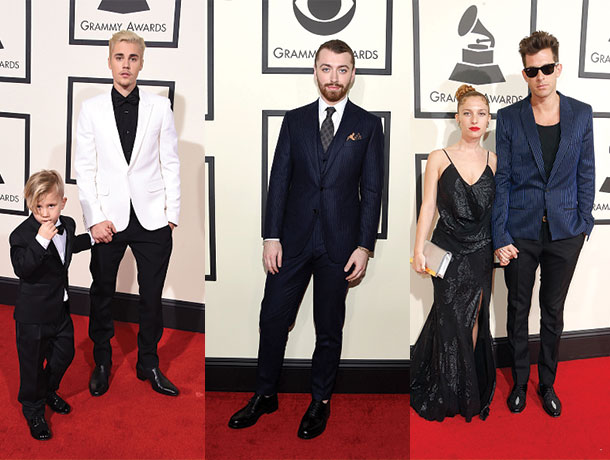 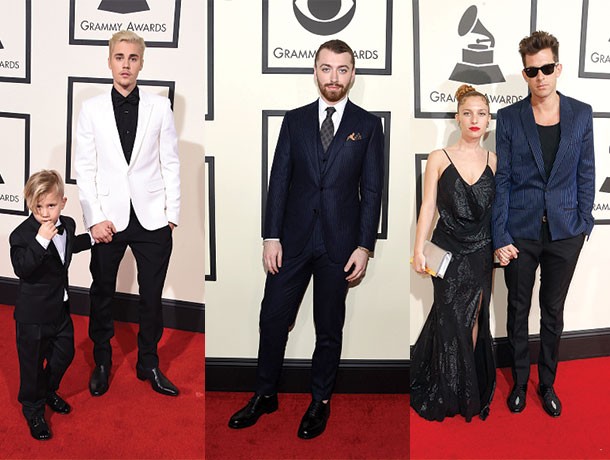 Awards night, after awards night, the world’s most recognisable and talented men do their best to make a red carpet statement. But when the majority rock up in black and white suit and tie, it all seems a bit like Groundhog Day.

Today’s Grammys, however, have been a celebration of the unique, fashionable, style rebels and up-and-comers who inspire our formalwear wardrobes and offer plenty to the recording arts.

This year, the red carpet served up two menswear trends, sure to be adopted in the year ahead.

Rockers and crooners James Bay, Sam Smith, Jamie XX and Jack Antonoff owned the cropped trousers look like a bunch of pros. It’s the perfect trend if you’re keen to show off a pair of slick (and perhaps expensive) kicks. Paired with longline blazers and classic colour schemes, the cropped look is understated yet edgy.

On the contrary, red carpet stars from the boys of Tame Impala, to John Legend, Justin Bieber, Common, Mark Ronson and Labyrinth went for colour and pattern as their trend of choice. Mixing it up in polka dot, gingham, block colour and most commonly, pinstripe, seems to be everyone’s next bold move in formalwear.

The takeaway from this year’s Grammys red carpet? Keep your trousers skinny and cropped, get playful with print and most importantly, keep it well-fitted. 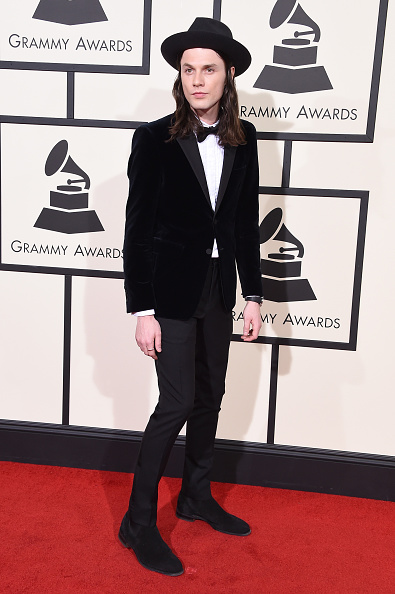 English singer-songwriter James Bay cemented his Brit rocker status on the red carpet in his characteristic skinny trousers and wide brim hat, adding a velvet blazer and bow tie for a formal edge. 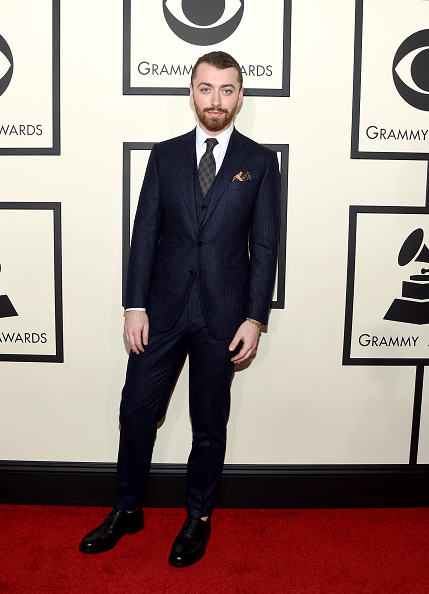 Every bit the dapper gentlemen, British singer Sam Smith went for a navy pinstripe 3-piece with pocket square and slicked back hair for the Grammys. An incredibly look to match his incredible pipes. 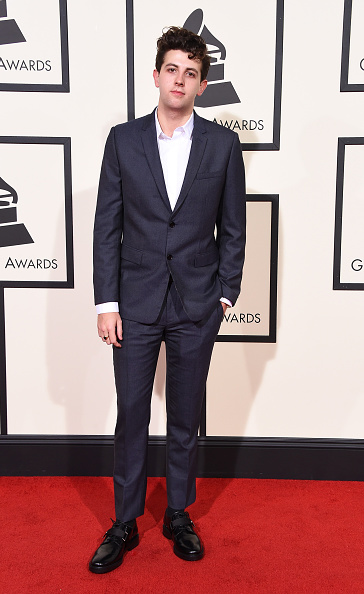 Dark horse music producer Jamie XX stepped out from behind his decks for the Grammys with a fashion-forward look, combining a classic navy blazer and shirt with cropped trousers and black buckled brogues. 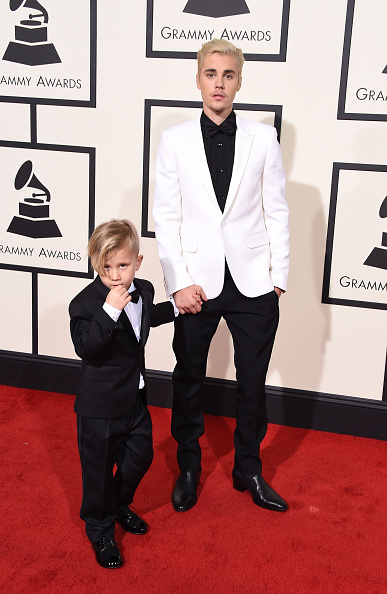 The Biebs is at it again. The young pop star loves breaking the rules and with mini doppelgänger Jaxon Bieber as his guest, the 2016 Grammys were no exception. Justin layered a crisp, white blazer over an all-black ensemble, a look which comes together perfectly when paired with his distinctive bleach blonde hair. 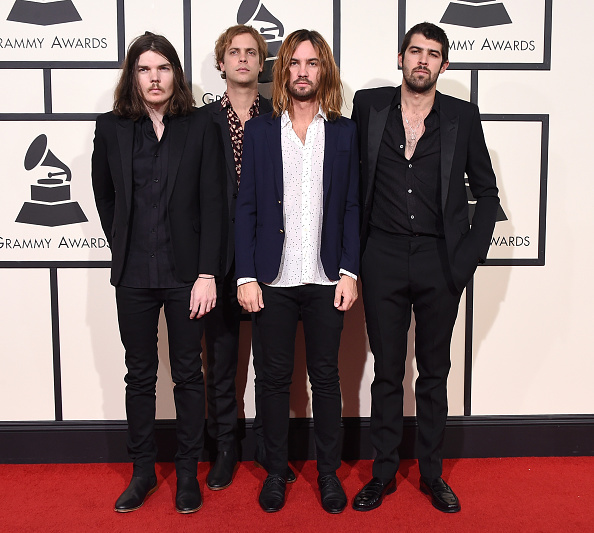 Repping it for the Aussies, the Tame Impala boys weren't about to ditch their rockstar sensibility for some silly awards show. Skinny trousers were paired with relaxed blazers, print shirts and straight-out-of-bed hair for the band's overall look. 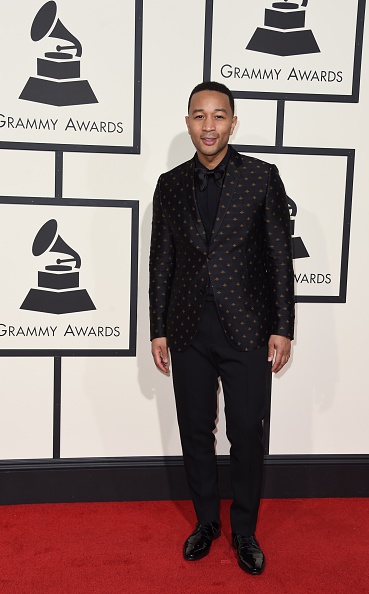 Accompanied by heavily pregnant wife Chrissy Teigan, John Legend had gentleman written all over him at the Grammys. The singer got rebellious in gold and black print blazer over black shirt and trousers. 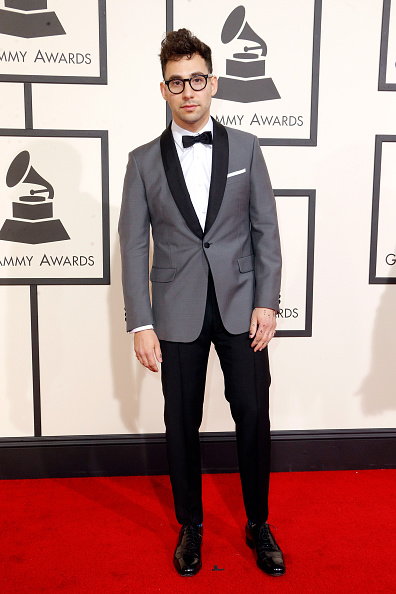 Once again, old made room for new with Fun guitarist Jack Antonoff representing the red carpet newcomers at this year's Grammys in a charcoal blazer with black lapel, white shirt and skinny trousers. Antonoff's patent leather dress shoes and round glasses keep the look modern, yet classic. 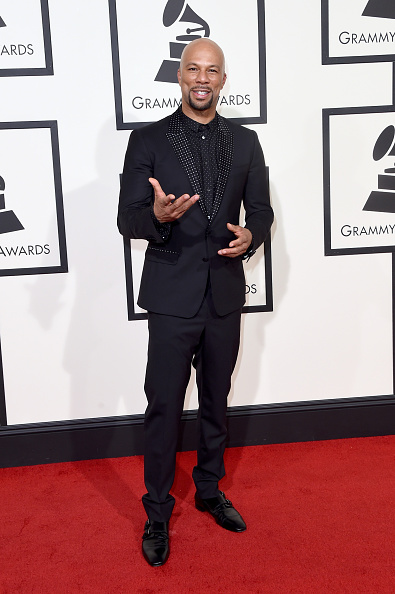 Common proves that men can have fun with pattern on the red carpet as well with his Grammys look. The rapper turns it on in an all-black suit with contrasting polka dot accents. 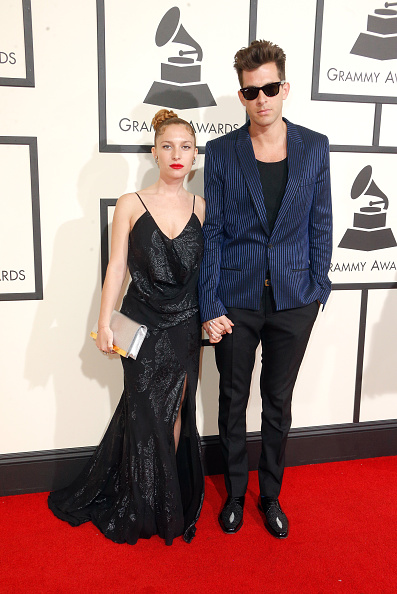 King of cool, Mark Ronson maintains his Uptown Funk reputation by the side of his wife on the Grammys red carpet in a reflective electric blue pinstripe blazer, skinny trousers, wayfarers and perfectly coiffed hair. 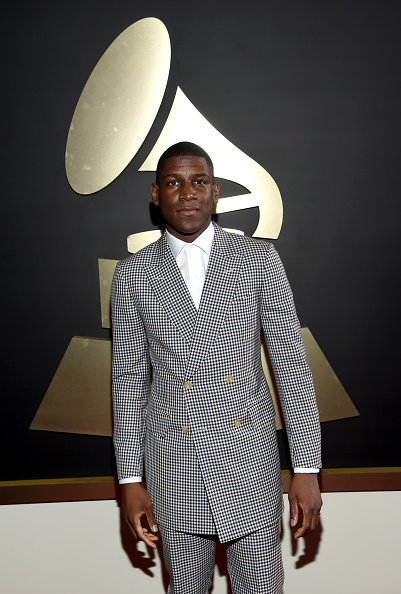 Labyrinth joins in on the fun on the Grammys red carpet in a pattern explosion. The English singer songwriter opted for a monochrome double-breasted suit in gingham with a crisp white shirt to match.