A Gentlemen’s Guide To The Spectacular Rio Carnival 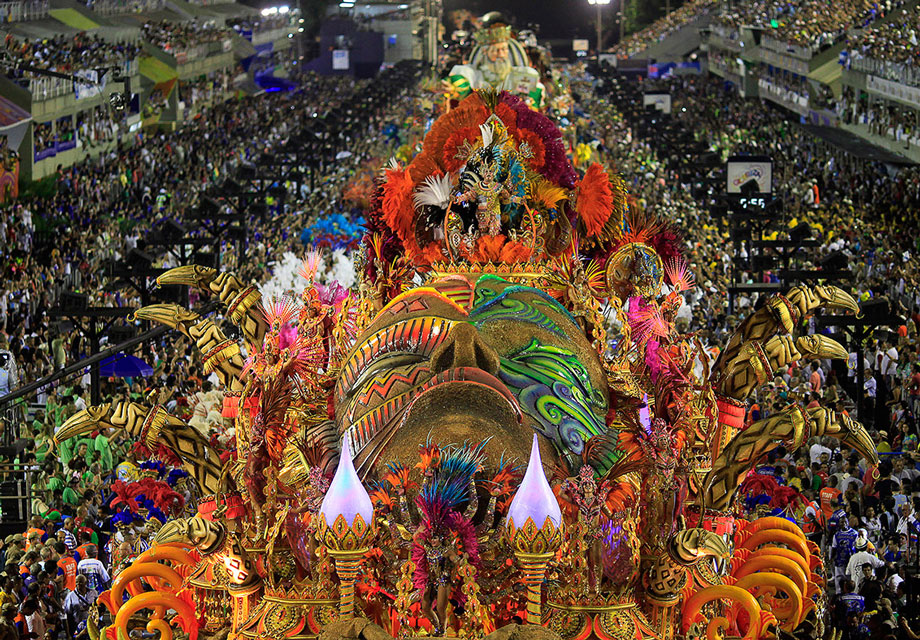 Brazil is a place of superlatives. It is the world’s fifth-largest country, as well as the largest in South America. It’s home to more Portuguese speakers than anywhere else. It’s one of the most biodiverse nations on the planet. With a population of more than 200 million, its inhabitants are also extraordinarily diverse.

When it comes to partying, Brazil does ‘superlative’ like no one else. Once a year, that vast population unites for a fete so legendary it has been called “The Biggest Party On Earth.” The entire country, joined by revellers from around the globe, comes together for Carnival to dance, drink, dress up and carouse until they are collectively incapacitated by a nationwide hangover.

Like Brazil itself, Carnival is vibrant, colourful, beautiful. The event’s five days contain a staggering amount of hip-shaking samba, dazzling costumes, caipirinhas and parties that last past sunrise. If you think you have what it takes to join 4 million merrymakers and survive, you’re in the right place: the D’Marge guide to Carnival in Rio.

February is the season of Carnivals all around the world, but Brazil is the undisputed capital. The festivities in Rio de Janeiro are not only the country’s biggest, they are the benchmark against which every other Carnival – anywhere – is compared to.

Carnival is a yearly celebration of the joy of life, a feast of excess that precedes the Christian observance of the penitential season of Lent. The event’s roots can be traced back to Europe, where ancient Greeks and Romans threw wild fetes to honour the God of Wine. By the 16th century, those decadent celebrations became elegant balls attended by Europe’s upper classes.

As settlers migrated to Brazil, they brought their traditions to a new continent. Brazil’s first balls took place in the mid-1800s. Street parades followed a decade later. Over time European, South American and African traditions mingled and Carnival as we know it began to take shape.

The Samba School surfaced as part of Brazil’s Carnival culture in the first half of the 20th century, leading to the foundation of the Samba Parade and the construction of the Sambadrome. Almost a century later, the floats are bigger, the costumes are more outrageous and the prize money is more enticing, but the essence of Carnival remains. It is a celebration of life that embodies what it is to be Brazilian and has become an iconic celebration beloved the world over.

How much partying can you pack into five days? Carnival ends on Ash Wednesday at noon and begins the Friday before, which leaves ample time for you to down too many caipirinhas and wind up samba-ing with a stranger. More than once.

Many events take place during Carnival, all of which combine to create the enchantment, energy and exhilaration Brazil is known for. The festivities begin when Momo is crowned King of Carnival. Music and movement erupt across the city, and the infamous Carnival balls open to all who want to dance until the wee hours. Some of the most famous are the Cinelandia Ball, the Red and Black Ball, and the ultra-glamorous Magic Ball at the Copacabana Palace.

Another highlight of Carnival in Rio are the blocos, raging block parties that that cover the city streets in every neighborhood, all day, every day, simultaneously. Samba bands set up shop in locations throughout the city. Crowds gather to drink and dance, which often leads to forming an entourage and parading around en masse with the band. These street celebrations are free, open to all, cheerfully lawless and immensely popular. Expect to run into one every few blocks.

Spotlight On The Sambadrome

While you could easily spend an entire Carnival wandering from one bloco to the next, the experience is not complete without a visit to the Sambadrome. Dance and music – specifically samba – are integral to the Carnival tradition, and the greatest expression of both can be found in the Sambódromo.

The samba school parade is Carnival’s main attraction. Rio de Janeiro’s 12 most elite samba schools participate in the two main parades on Sunday and Monday. Each has an hour to present their songs, dances, floats and costumes in hopes of impressing the judges. The competition to be crowned best is fierce and fabulously dressed, with feathered costumes that look like they came straight from a fantasy novel.

This is the Carnival you know from films and photos. It’s an extravagant, sexy spectacle that has come to define the spirit of a nation. Tickets sell fast and can run into triple digits, but if you fail to score a seat – or want to be more than a spectator – you can get involved with one of the samba schools and perform yourself. All you need is the right costume and the willingness to give it your all in the most unforgettable procession on Earth.

So you have decided to visit the biggest party in the world in the biggest country in South America. Now what? Before you join the millions of other revelers that hit Rio’s streets for Carnival, there are a few things you need to know.

The final tip? Prepare yourself for one of the most exotic, and chaotic, rides of your life. From the drums, to the dancing, to the plumed pageantry, embrace it all and Carnival in Rio won’t disappoint. There’s a reason locals call it “The Greatest Show on Earth.” 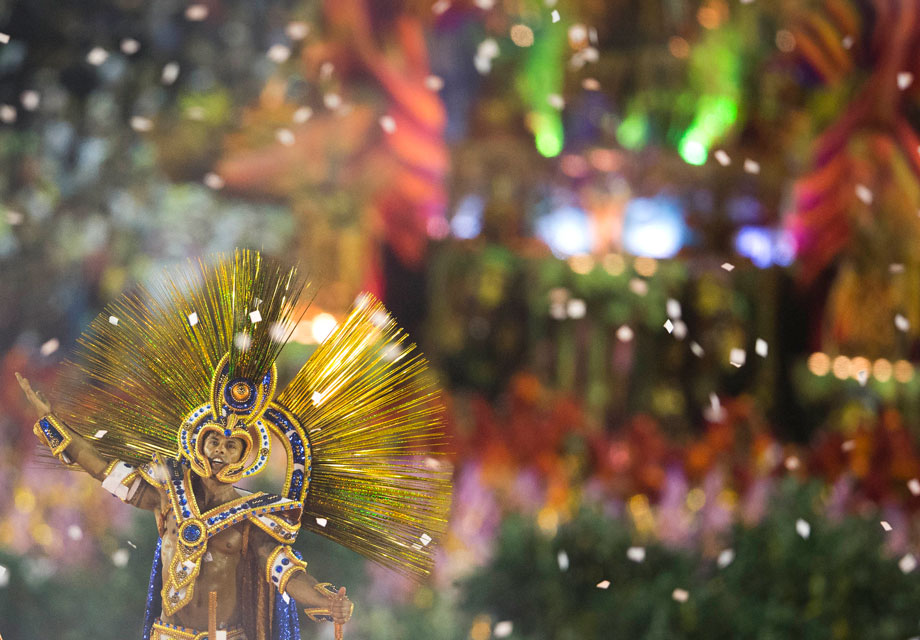 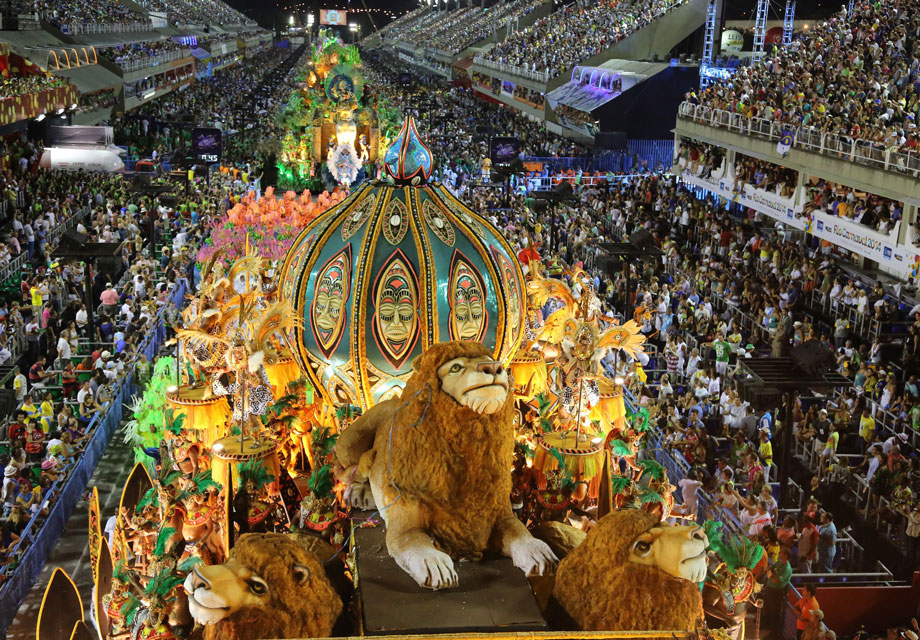 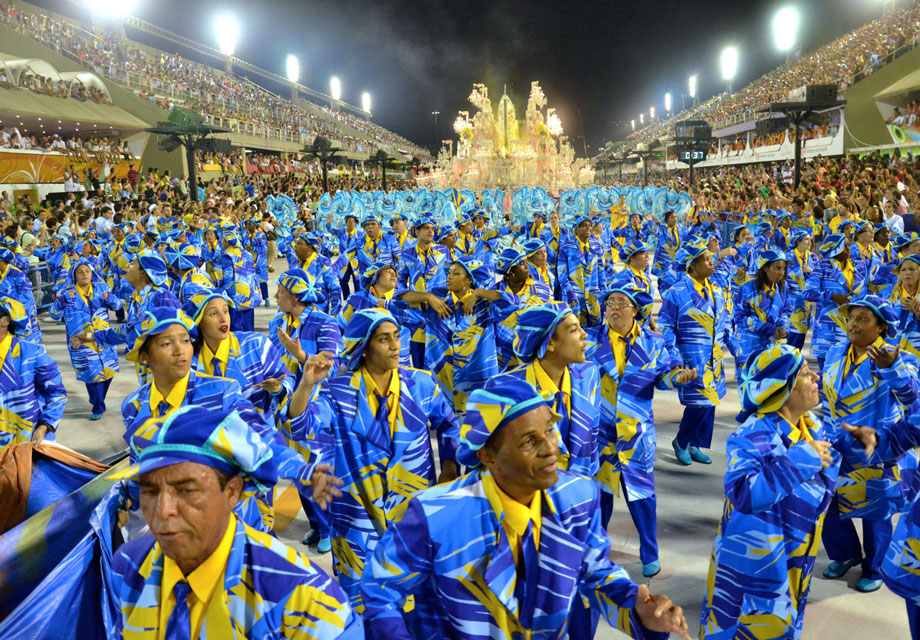 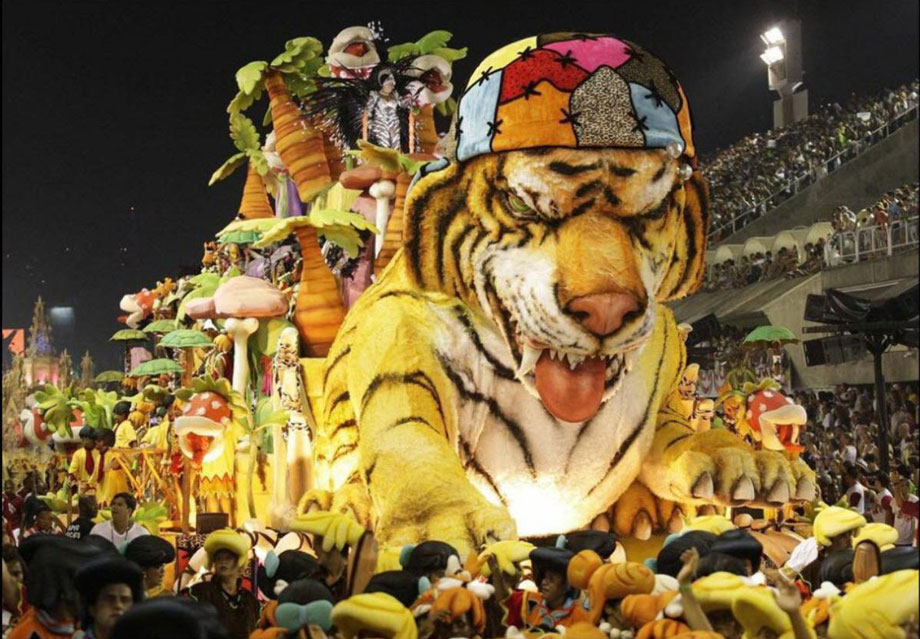 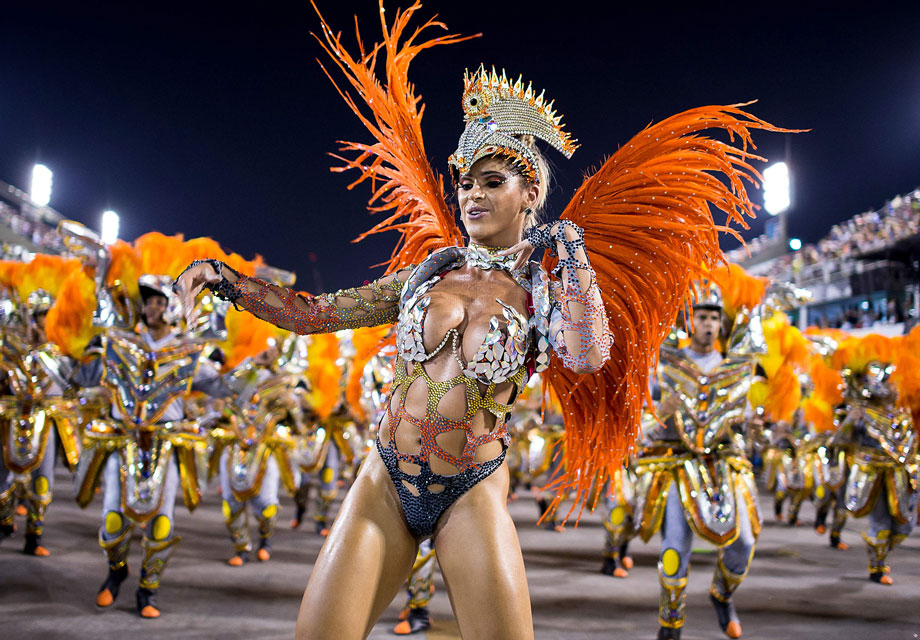 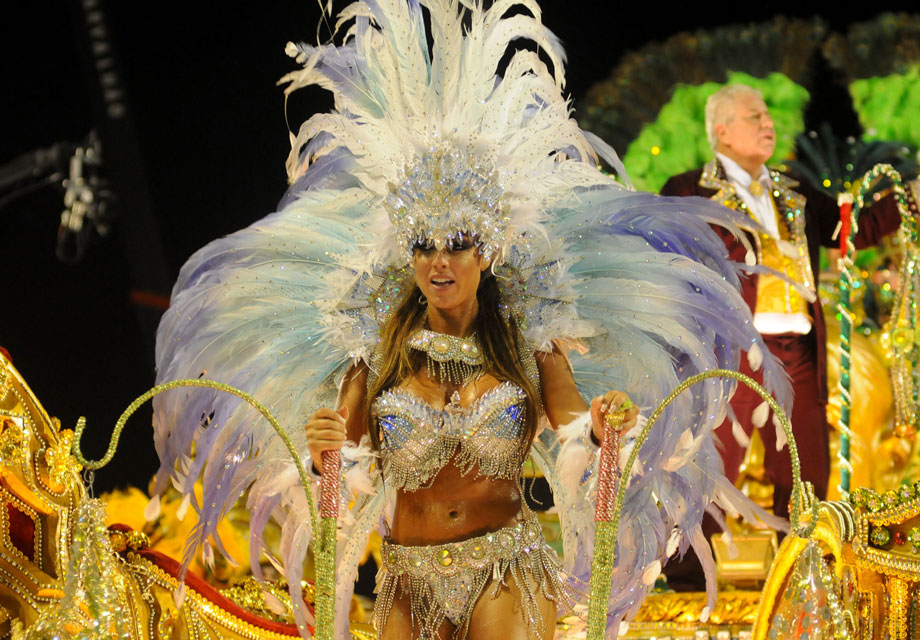 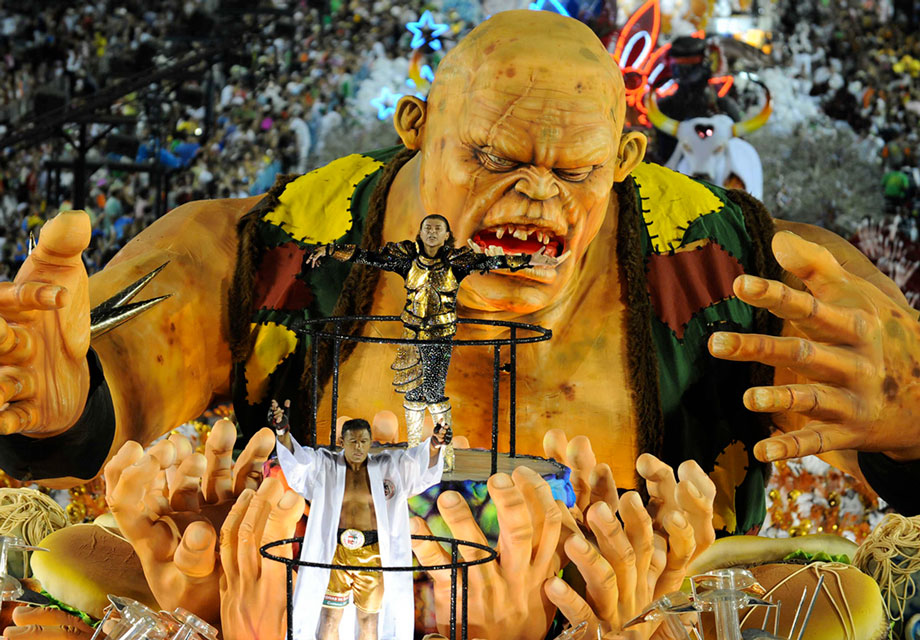 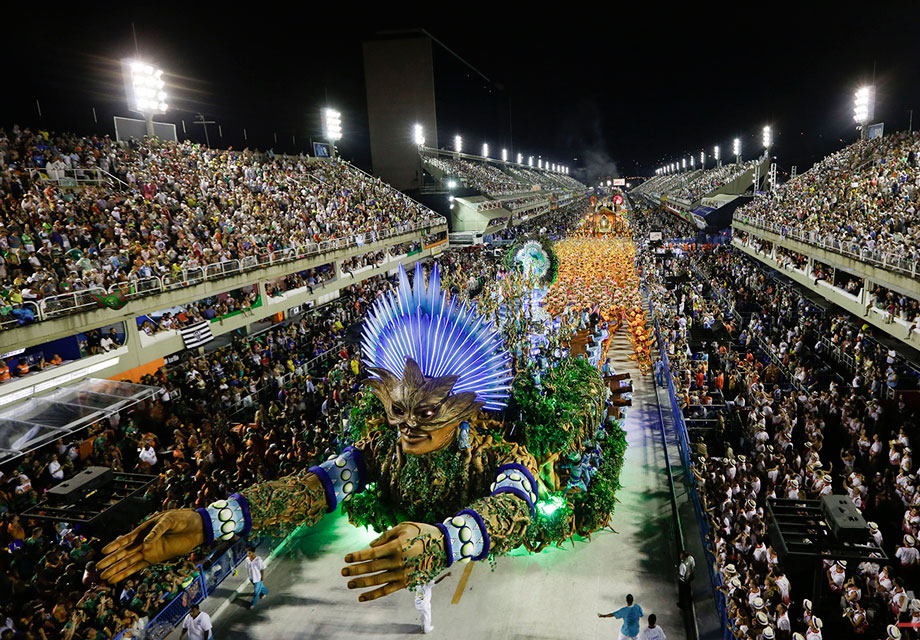 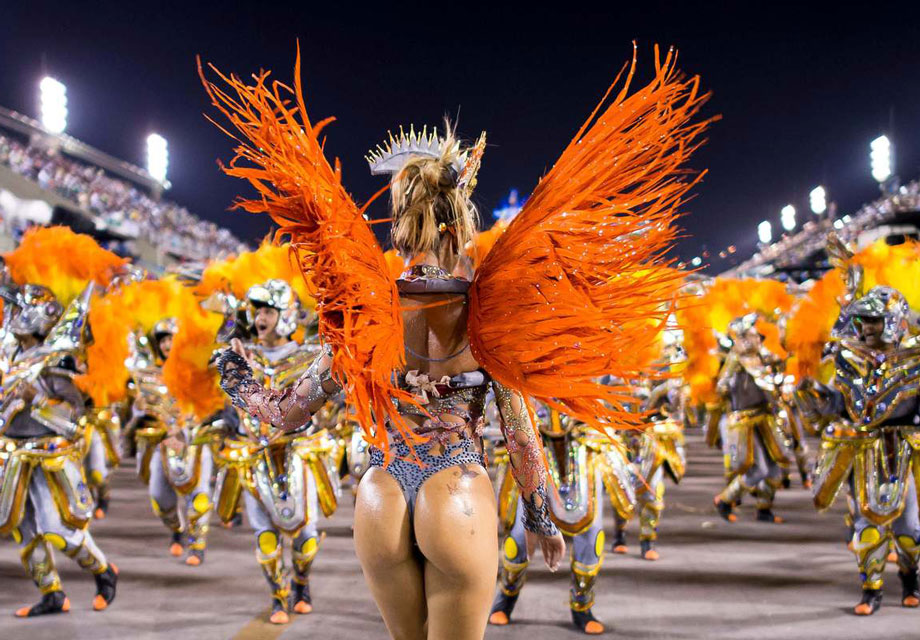