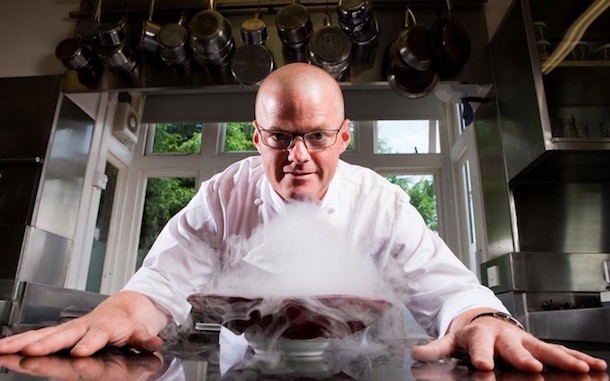 Blumenthal is set to open four pop-up restaurants in Melbourne next month as part of a “Heston Week” on Channel 10’s MasterChef Australia. The bespectacled chef will serve as a guest judge and mentor to MasterChef contestants, who will be behind the cooking at said pop-ups. Best part of all? The food will be free.

But don’t expect to waltz in and get your gratis grub on easily. The location of each pop-up will be top secret. To get the deets, you’ll need to decipher clues posted to MasterChef Australia’s social media accounts, and to make the events even more exclusive, each of the four hidden Heston spots will serve a totally different menu and be open for one service only.

Given that Aussie foodies shelled out hundreds of dollars to dine at the local version of Blumenthal’s Fat Duck restaurant last year, all the effort could be worth it.