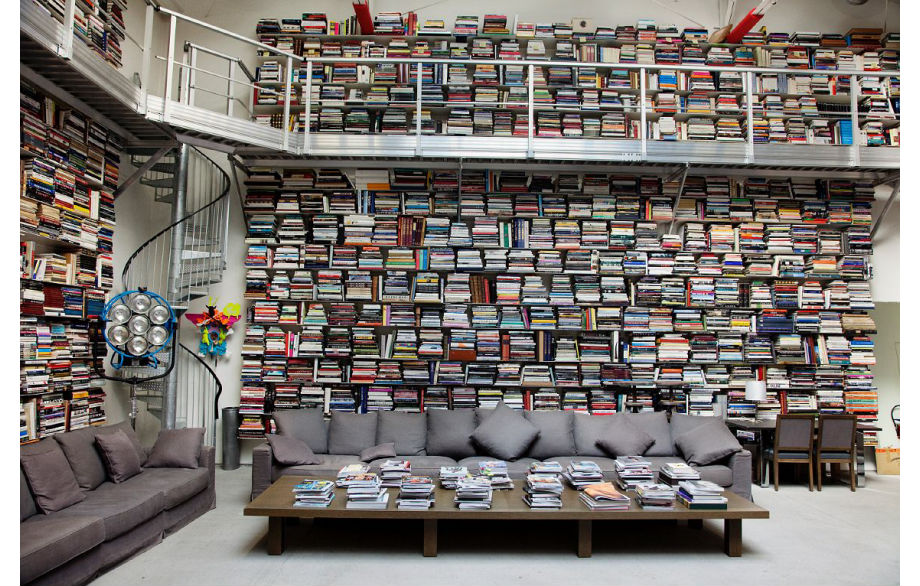 Iconic fashion designer Karl Lagerfeld doesn’t live like the rest of us. The notoriously exacting fashion designer is known for, amongst other things, his distinctive look, his cat Choupette and his dangerously blunt opinions. Naturally, his living space also makes a strong statement.

Lagerfeld’s library has a simple twist that makes it unique and charmingly unconventional, but not overthought: the books are stacked horizontally rather than vertically. Rows upon rows of books line walls throughout the designer’s home, adding a dramatic flair to his minimalist décor and modern furniture.

The perk of this arrangement is that Karl doesn’t have to turn his head to read the titles (perhaps a necessity, given how starched his collars are). The obvious con, however, is that removing a book from the bottom of a shelf means contending with the weight of the entire stack.

Then again, it’s hard to imagine Karl Lagerfeld ever lifts a gloved finger for himself. There’s probably an assistant just for book-fetching. 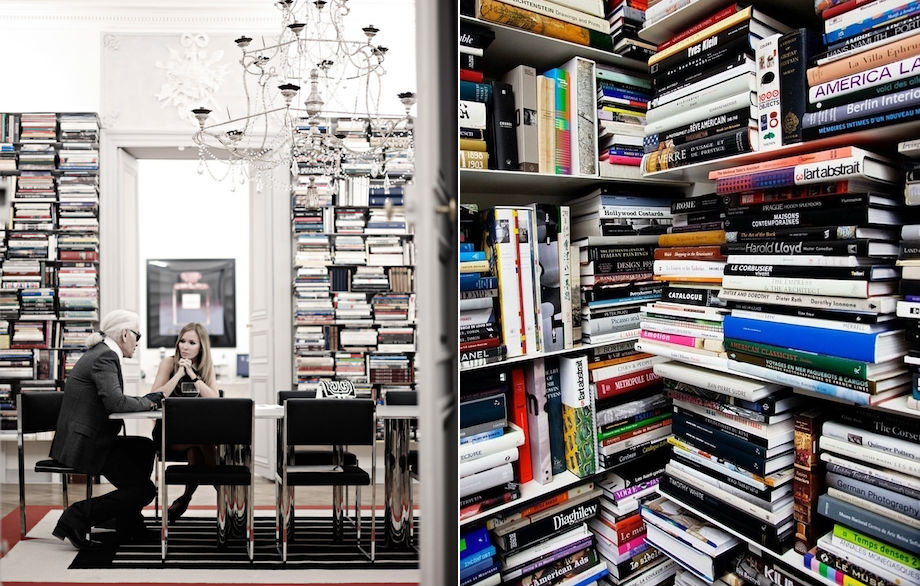 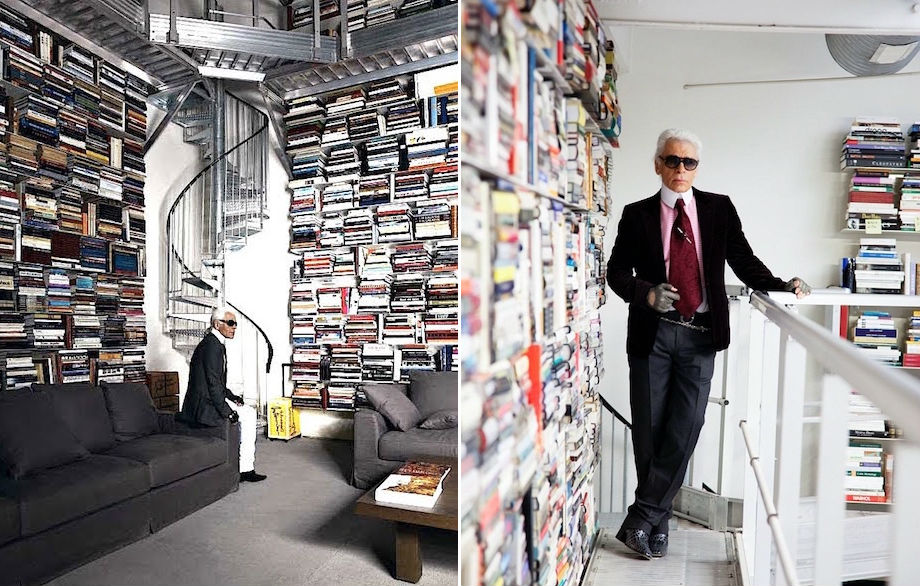 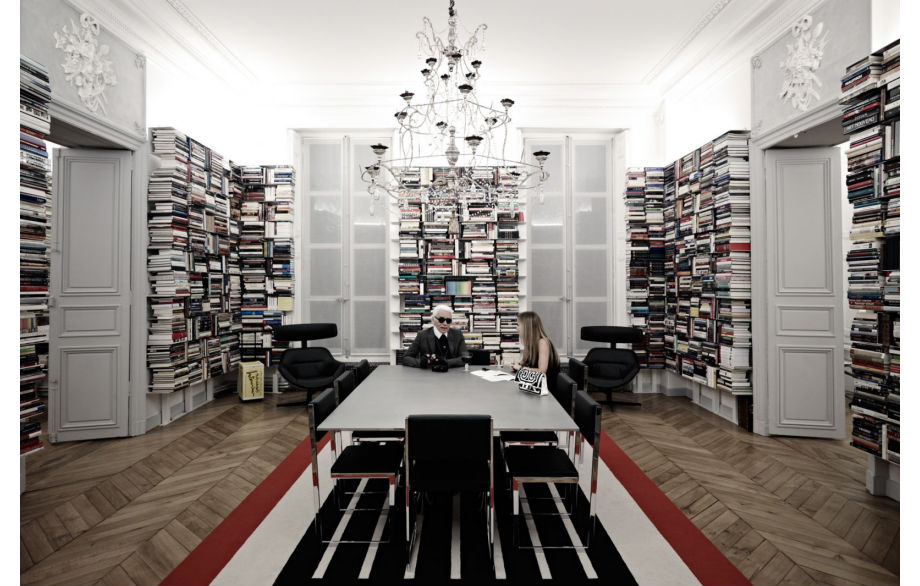