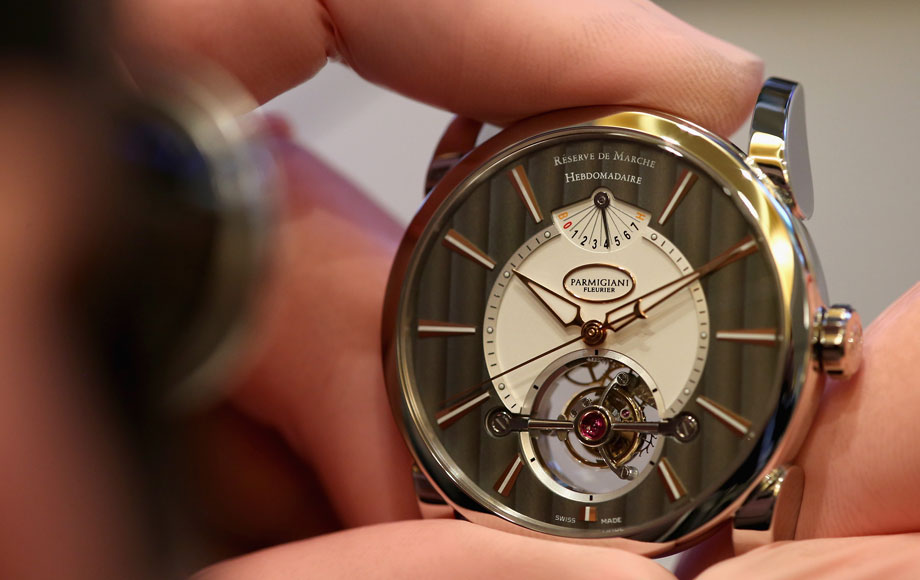 Parmigiani Fleurier is not a historical name in luxury Swiss watchmaking. It’s this very point though that sets the brand apart from all of the other players in the horology world.

With a diverse portfolio of unique partnerships that range from Bugatti to the Montreux Jazz Festival to Lalique crystals, the brand is surging ahead in 2016 to establish themselves as a family-owned watchmaker with the expertise to merge creations from the past and present.

D’Marge recently sat down with the company’s Chief Operating Officer, Marc Gaudreault, to find out what makes their timepieces truly unique as well as their vision of success from a small company which used to restore Patek Philippes.

D’Marge: What kind of customer are Parmigiani Fleurier watches made for?

Marc Gaudreault: We want to be different and we’re lucky we’re already different. Because we’re independent and owned by a family, we have more possibility to go beyond the convention of our colleagues.

Our owner is a multi-billionaire who is a humble and smart guy. He once said to me, “Mark, I’m proud and self confident when it comes to buying Parmigiani and I want our customers to know that. I want them to buy it because they are a leader themselves.”

DM: As a watchmaker in the current market, how does one be different?

MG: Having different values like partnerships. We are with the Montreux Jazz Festival. Jazz is universal music and it’s different. Bugatti, that’s the best car in the world so we’re partnered with them. Difference to us could be little details but in the end it makes all the big difference.

As an example our owner is wearing a steel watch, but the movement inside is gold. He said, “Mark, my treasure is inside of me.” With the watch it’s the same thing. That’s why people think it’s a simple watch but inside the movement it’s solid gold in finishing. That’s a different thing.

DM: Our readers love the refined and understated look. You wouldn’t say it’s an ostentatious brand?

And you say, “poor guy, you need this to be recognised.” My watch can be twice the price of yours but nobody knows. It’s a big difference. That’s where Parmigiani wants to go.

We want to be recognised by people who understand the quality and product as a reference watch. Of course for the value you pay, you also get something. It takes time, but we’re sure of where we want to go.

MG: The big difference today is that we can look to 300-400 years of watchmaking experience whilst being 20 years old. Normally the brand is 200-years-old but they have to follow a line set 200 years ago.

We are from the 21st century but we have 500 years worth of experience. If you look at the product we launched this year, the Toric Quaestor Phoenix, it has a 72 hour power reserve.

We’re coming from 500 years of experience. On the same booth we have pieces that have been restored from the 18th century and 19th century and then something from 2016. It’s incredible.

That pistol that you see there and its restoration, no brand can do that in the world. Only we can. We restore Patek Philippe, a lot of museum pieces, private collection and a lot of things connected to the future as well.

DM: How many people does it take to run restoration?

MG: Only 3 or 4 persons work in there. When you open the pistol there’s some old parts that come from the 18th or 19th century. For the old part manufacture, we go to the machine and say to the guy, “Can you help us do the same wheel done 200 years ago?”

The engineers are working on it, the watchmakers, the operator…many people. So we are lucky that the Parmigiani manufacture employs 500 people and restoration could use every one of those. Otherwise it’s impossible to do and you’ll have to out supply everywhere.

DM: Tell us about the famous Bugatti partnership.

MG: We’re proud being with them. Something incredible happened in the past and will happen in the future. We already launched one movement 10 years ago and then one 5 years ago.

This car will go somewhere we haven’t been yet. Think 400 to 500km/h. So we’re proud of being with them because they force us to push the limits.

They have a lot of licensees to go with them but we’re the only one’s to invest so much money into developing real things. 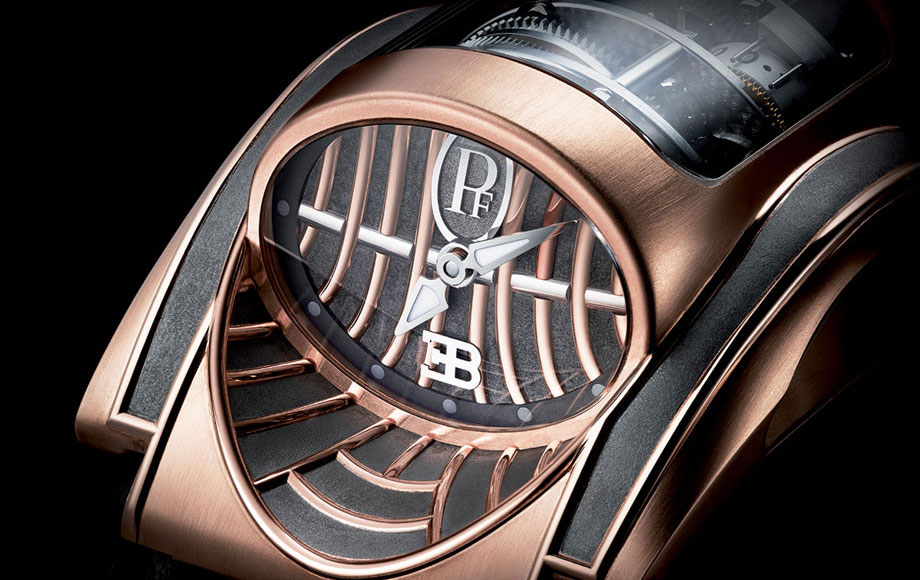 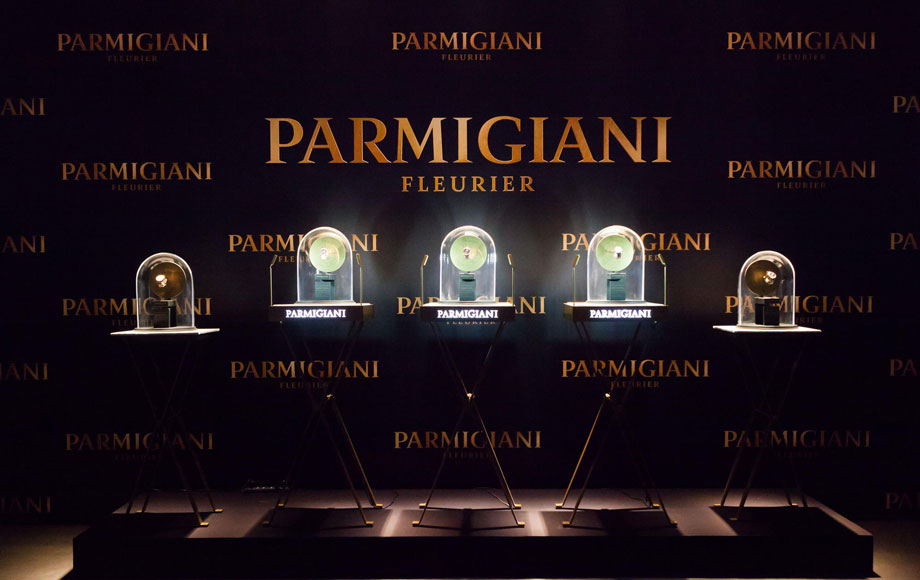 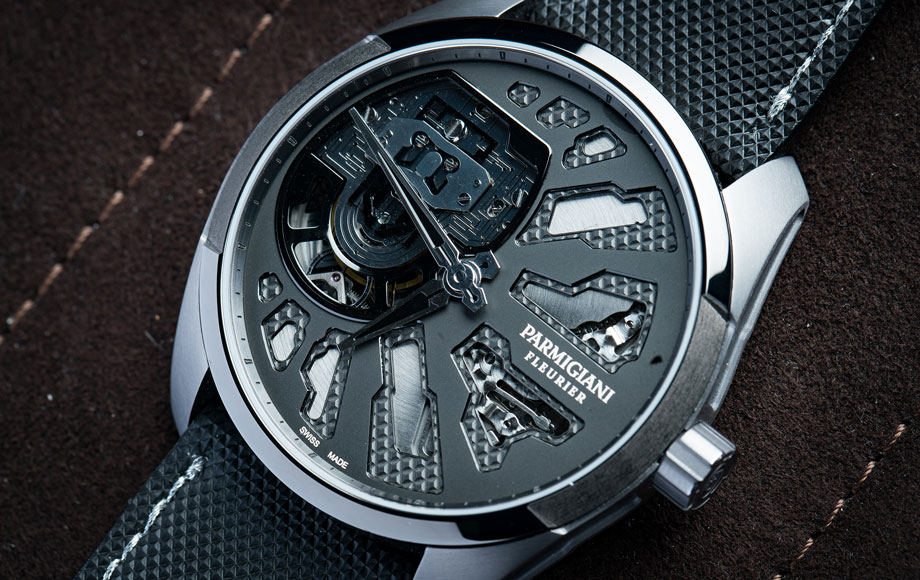 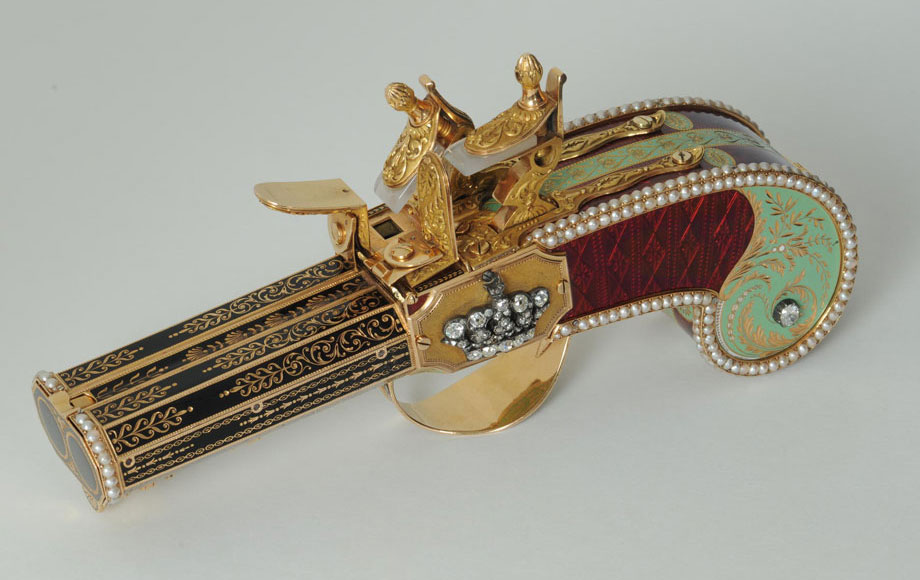 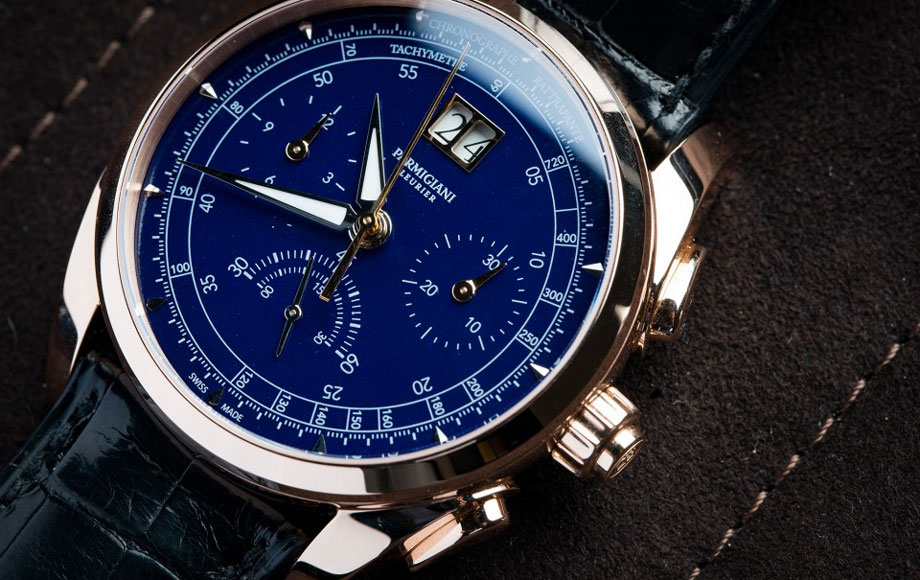 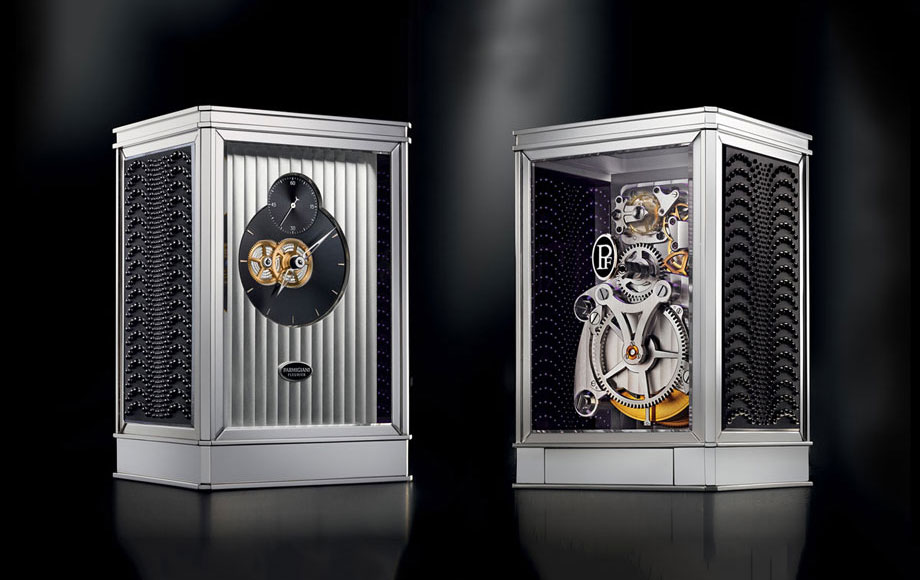