Meet The World’s First Smartphone With An Integrated Thermal Camera 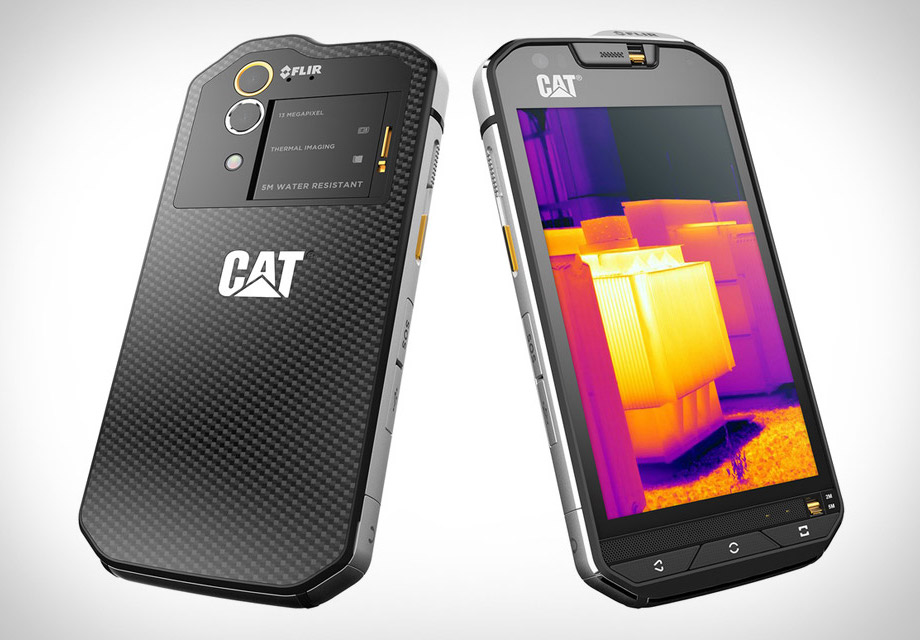 Caterpillar are known for their tough-as-nails products, from badass construction equipment to top-notch work boots. Now the company is entering the tech sphere with a game-changing smartphone: the Caterpillar S60, a device designed for engineers and construction workers that packs tech previously limited to law enforcement and military personnel.

More specifically, the Cat S60 is the world’s first smartphone to feature a fully functional thermal imaging camera, allowing the user to see in total darkness. The FLIR thermal camera is joined by a 13-megapixel camera, a powerful 3,800 mAh battery, and a one-millimetre-thick Gorilla Glass screen.

The phone is as tough as you’d expect from a Caterpillar product. It’s water resistant up to five metres. It’s fortified by a strengthened die cast steel frame. And it has been successfully tested to exceed the US military’s 810G drop test, which means it can survive a drop of over 1.7m onto hard concrete.

All that comes at a bit of a cost. The Caterpillar S60 isn’t your typical skinny and sleek smartphone. It’s a rugged beast and has the heft to match, but if you thrive in tough conditions, this is the phone that can thrive along with you. Claim yours here.