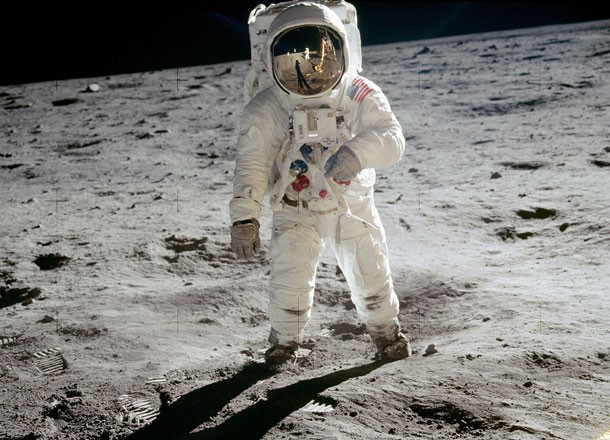 To us earth-dwellers, the dark side of the moon is a place shrouded in mystery and wonder – a fact that can be confirmed by a crew of Apollo astronauts, who heard strange music-like radio transmissions during a 1969 mission.

Two months before Apollo 11’s first manned landing on the moon, Apollo 10 entered lunar orbit which meant traversing the far side of the moon. During this time, all spacecraft are out of radio contact with Earth for around an hour.

Lost recordings that have emerged four decades since the mission have revealed that the astronauts heard “strange, otherworldly music coming through the Apollo module’s radio.”

The upcoming TV series ‘NASA‘s Unexplained Files’ delves into the unsettling radio transmission incident, explaining that the ‘music’ lasted almost an hour and Apollo astronauts discussed whether or not to tell Mission Control what they had experienced.

“We’d had a lot of incidents where guys who flew in space saw and heard things that they didn’t recognize, and you wonder about all of that. I have a very open mind about what could’ve happened. It’s somebody’s hearsay evidence — it’s only a visual or audio event, which is hard to pin down. Recollection is one thing, but actual proof is something entirely different.” Apollo 15 astronaut Al Worden says.

Check out the snippet of NASA’s Unexplained Files below for more.