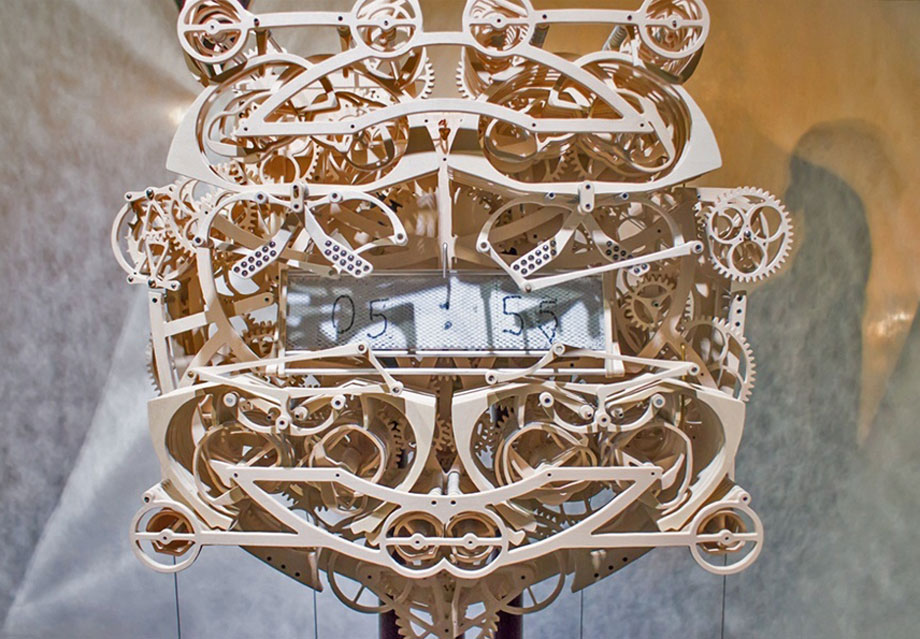 We’ve shown you the $170,000 Tourbillon in a Bentley and the 3D printed Tourbillon watch.

Today a Japanese student from Tohoku University of Art & Design has stepped up to the challenge and created a 407-piece clock out of wood. Kango Suzuki is the designer who hand-carved the mechanical clock, oddly named the Plock wood clock, as his senior year thesis.

It works by using four magnetic stylus pens on a magnetic drawing board to write the time every minute in 24-hour format. The writing is more of a scribble but an achievement of this magnitude is definitely commendable.

Suzuki’s work of art was discovered after he posted a 16-second video of the working mechanism onto Twitter. After a few “genius” labels and sufficient media coverage, Suzuki said that he only tweeted pictures and videos of his work to show his friends and was surprised with the exposure. 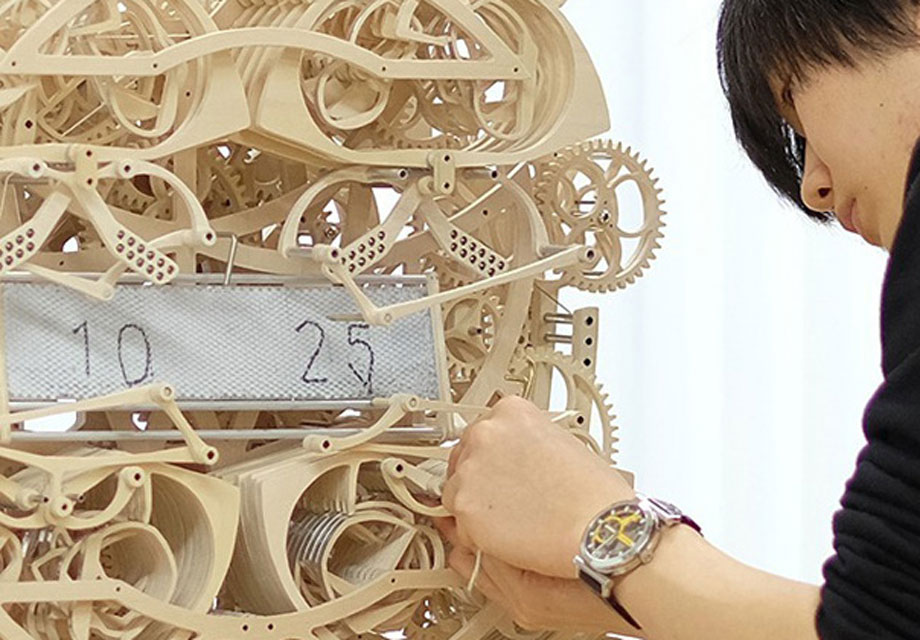 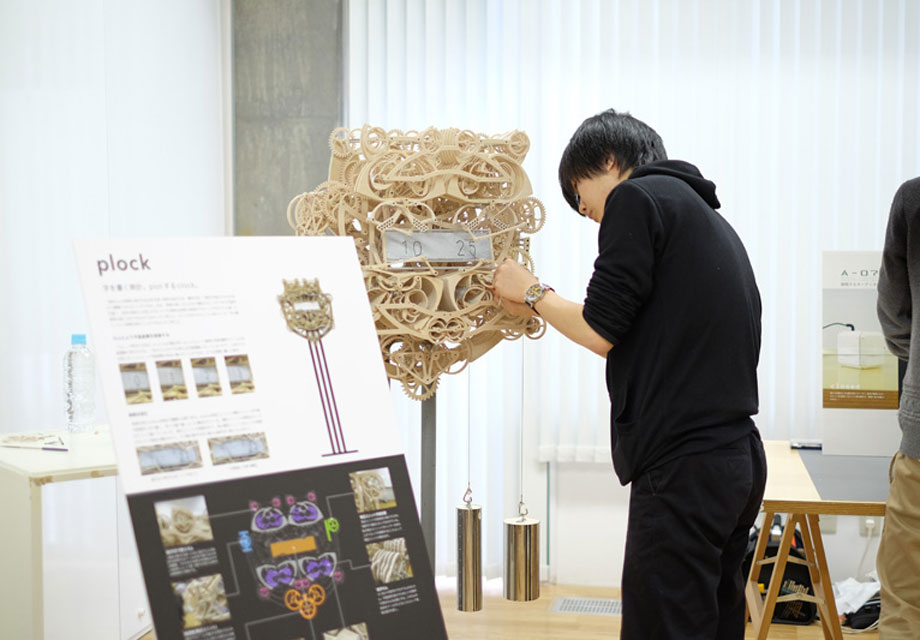 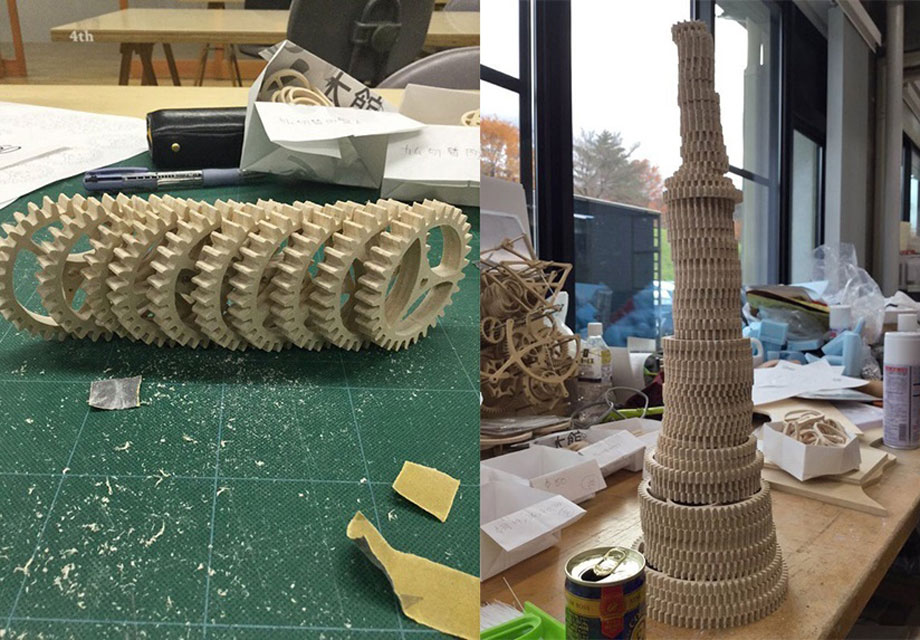 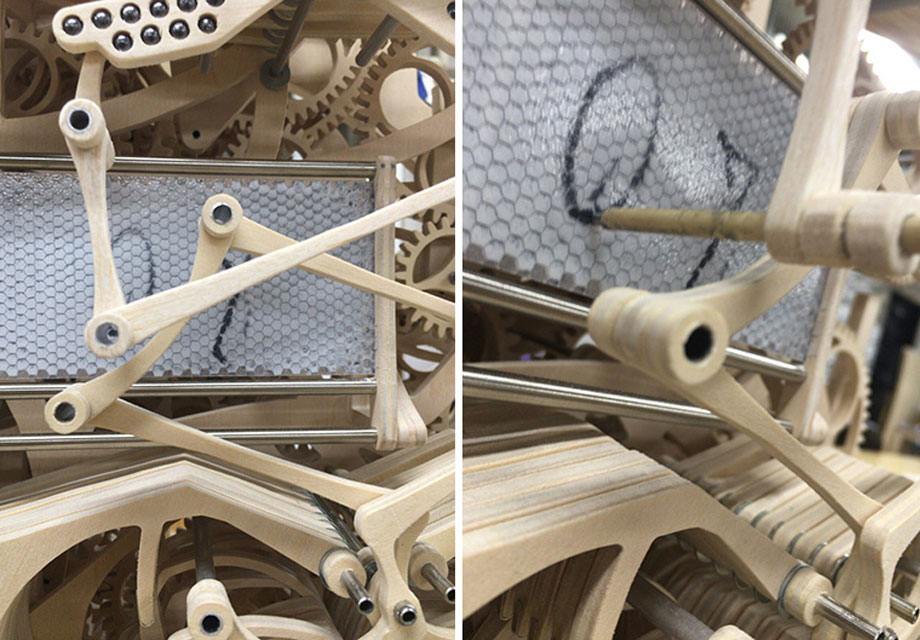