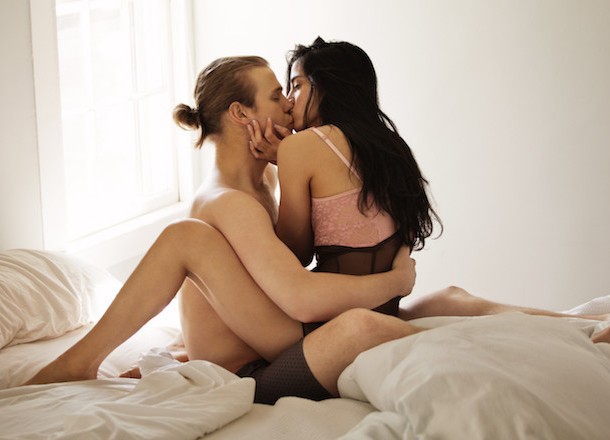 Sometimes science achieves amazing things, like the recent news that the last prediction of Einstein’s general theory of relativity has been proved. Other times, science tells you what you already know. This is a case of the latter.

Today’s no-shit-Sherlock study examined 38,747 married or cohabitating heterosexual couples who had been together three or more years, ranging in age from 18 to 65, to determine this insightful gem: variety is the key to a satisfying long-term sex life.

“If properly nurtured, passion can last for decades,” the study states. “Nearly two-thirds of sexually satisfied respondents reported that their sex lives now were as passionate as in their early days together. Over one-third of sexually satisfied men and women selected ‘passionate’ as the single best word (out of six) to describe their most recent sexual encounter.”

The common thread for couples who were satiated between the sheets was the willingness to try new things, from fresh positions to fantasies to toys. The data also revealed that sexually satisfied men and women gave and received more oral sex, had more consistent orgasms and engaged in more frequent sex.

Hardly groundbreaking stuff, but isn’t it nice to know science supports your urge to try that new thing you’ve been thinking about?