8 Signs Your Date Is Trying To Ditch You

If you’re lucky, your first date with someone is full of spark, laughs and unforgettable conversation. Not so lucky and it could be an awkward, messy night of empty, forced chit chat.

If a date is truly dire, there are some classic get-out-of-jail-free signs of date escape. Cruel, yes. Cowardly, definitely, but such is the mystique of modern dating and the female mind. Read on for the 8 signs a date is trying to ditch. 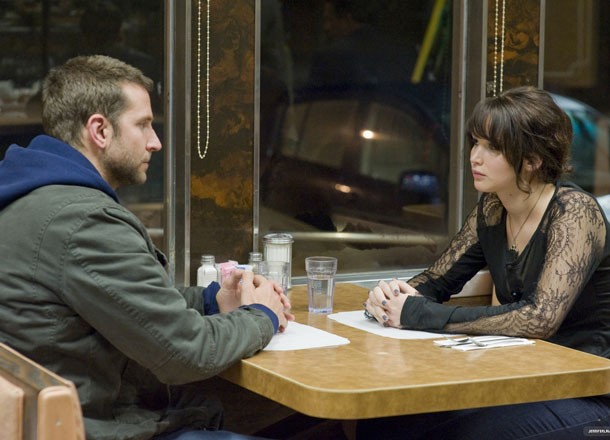 “I can’t stay for long. I’ve got to be up early tomorrow.” If you find yourself victim to this sentence, chances are your date is looking for a speedy escape. Sure, she actually might not want to indulge in an all-night rager and values a good night’s sleep, but if she drops this bomb on you within the first half hour, she’s most probably telling fibs.

#2 She Uses A Lifeline 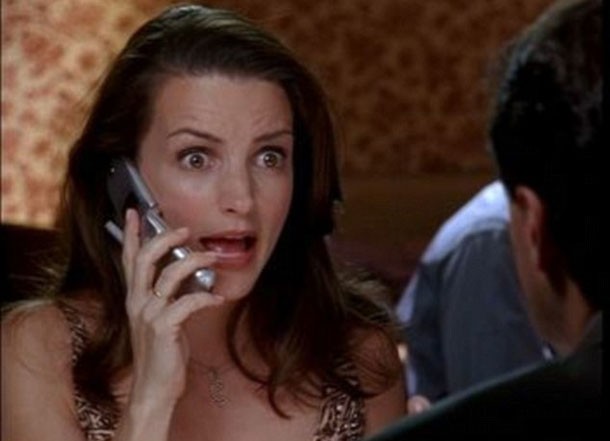 If your date gets a dodgy sounding phone call 30-minutes into the date, it’s most probably her best friend checking up on her and/or bailing her out. If a mysterious car has broken down, or there’s a medical emergency she must attend to, there is a strong chance she’s coordinated the escape mission with her mate well before the date even began.

#3 She Fakes An Illness 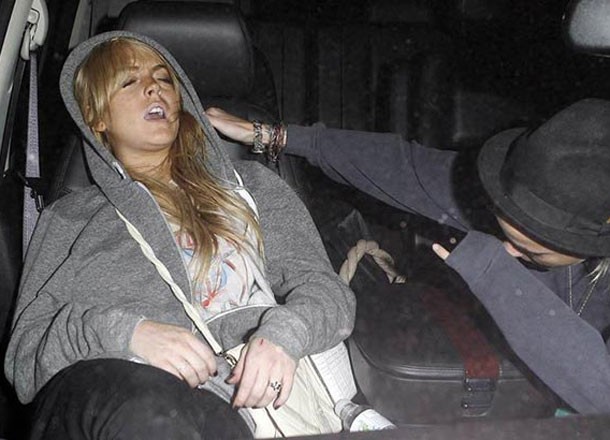 Do people really get mind-numbing migraines out of the blue with no prior symptoms? Sure…but not often. Chucking a sickie midway through a date is most often noticeable with the tried and tested headache excuse, however, the more creative your date is, the more extensive the illness could be. Anything from a rash, to menstrual cramps could be her out. Unless she is, in fact, really feeling quite ill, in which case, you’re a terrible person for ever doubting her.

#4 She Disagrees With Everything You Say 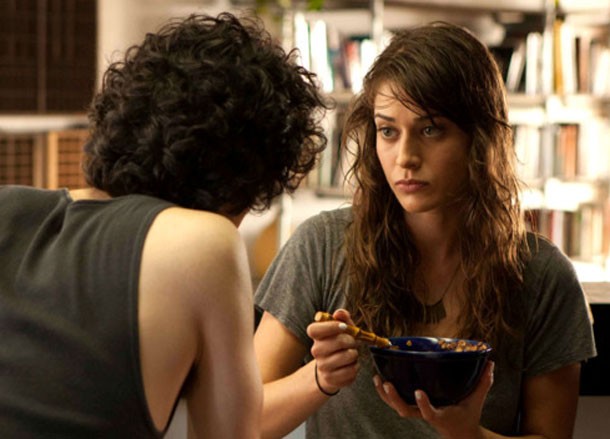 You like action films, she hates them. You love the country, she loves the city. You believe in marriage, she wants to avoid settling down at all costs. Either she’s on a rampage to extinguish any initial spark between the two of you, or you really don’t have a thing in common. Whatever the case, you may want to coordinate your own exit before she literally starts walking in the opposite direction.

#5 She Brings A Friend 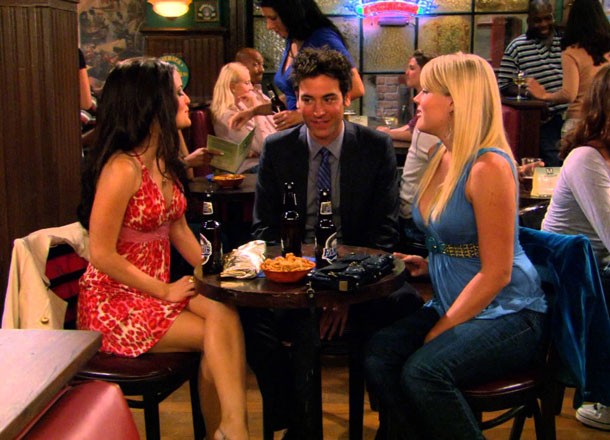 If a date brings their 3rd wheeling friend to your romantic candlelit dinner date, she may as well have rocked up with a placard that reads ‘not that interested’. Having personally accompanied a friend on a date she was less than enthusiastic about, I can say from experience it’s an awkward and messy situation that can be responded to in one of two ways. Either embrace the friend, turn it into a group date and invite a mate, or end it quickly and avoid the ego bruise.

#6 She’s Knocking Back The Booze 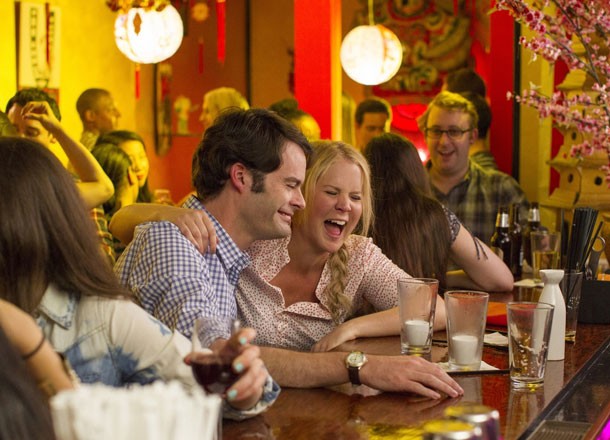 If she’s three quarters of her way through that bottle of Pinot Noir or winking at the waiter for another, there’s 3 possible explanations. One: she’s trying to finish her drink ASAP in the hope that the date will come to an end. Two: She’s not feeling it and is turning to a little Dutch courage to get her through the next hour of bottomless small talk. Or three: the lady just really likes to drink. Whatever the cause of her boozy behaviour, it’s your call as to whether you’re a good match or not.

#7 Her Body Language Is Off 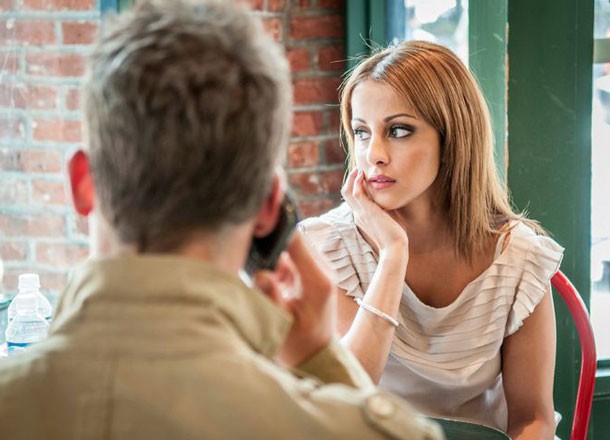 Sure, women can be confusing. One moment we’re full blown bitchy resting face, and the next we’re in makeout mode. But if your date is keeping an unhealthy distance from you, avoiding eye contact with you at all costs, crossing her arms or refusing to turn that frown upside down no matter how many witty remarks you make, it’s good chance to read between the lines and sense those date-ditching vibes. 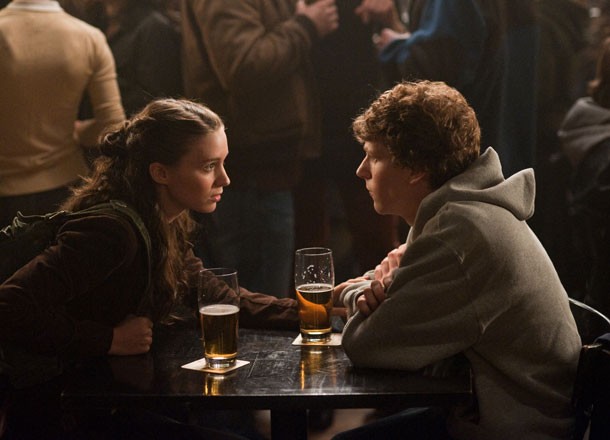 After all the over analysing of body language and deciphering of negative vibes, there is the possibility that your date could return from the bathroom and give you the mature ‘thanks, but no thanks’ spiel. In which case, you couldn’t have asked for a better date ditcher. Respect her honesty and thank your lucky stars you don’t have to spend any more of your Saturday night with someone who doesn’t think you’re the cat’s pyjamas.

RELATED: 5 Reasons Why Most Men Don’t Have Dating Abundance