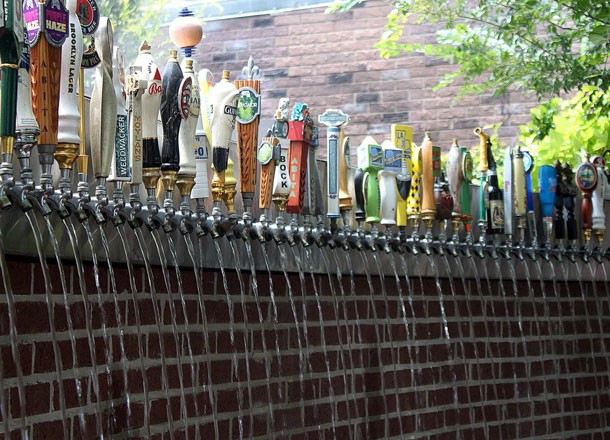 It appears that Slovenians really do love a brew or two. Zalec, a small town in Slovenia, is planning to build a fountain that dispenses drinkable beer.

The town has reportedly voted to spend about $547,046 AUD to create the beer fountain, which local councillors hope will become a popular attraction for tourists (and pissheads alike).

A region known for its hop plantations nicknamed ‘green gold’, Zalec’s beer fountain will dispense a variety of local beers and visitors will be invited to pay 6 euros for three 300ml drinks served in a commemorative mug.

The plans for the beer fountain have gone ahead, but not without the odd speed bump. At a council session, a third of delegates voted against the fountain, saying the funds could be better used elsewhere – such as in improving the state of water supply to local villages.

Clearly the sweet nectar of beer is far more important.