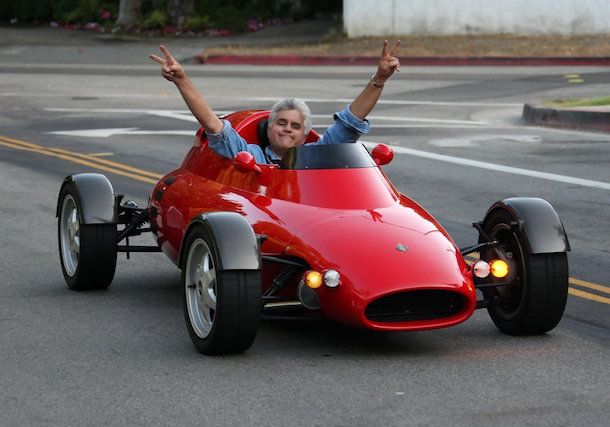 British creative agency Quba teamed up with nationalnumbers.co.uk to unveil the seven most expensive celebrity car collections in the world. Unsurprisingly, several sportsmen make the list. Floyd Mayweather’s £4,100,000 auto assortment includes a Bentley Mulsanne, a Ferrari 458 Spider, and a Bugatti Veyron. David Beckham and Lewis Hamilton also make the cut, with collections worth £1,500,000 and £5,000,000, respectively.

From the entertainment world, the vehicles of notorious petrolhead Jay Leno are said to be worth a mind-boggling £35,000,000 (the Bugatti Type 57 Atlantic SC is worth £21,000,000 alone). Fellow funnymen Jerry Seinfeld and Rowan Atkinson also boast impressive collections. What is it with comedians and cars?

As to who takes the top spot, you’ll just have to see for yourself…