Where To Eat The World’s Craziest Foods 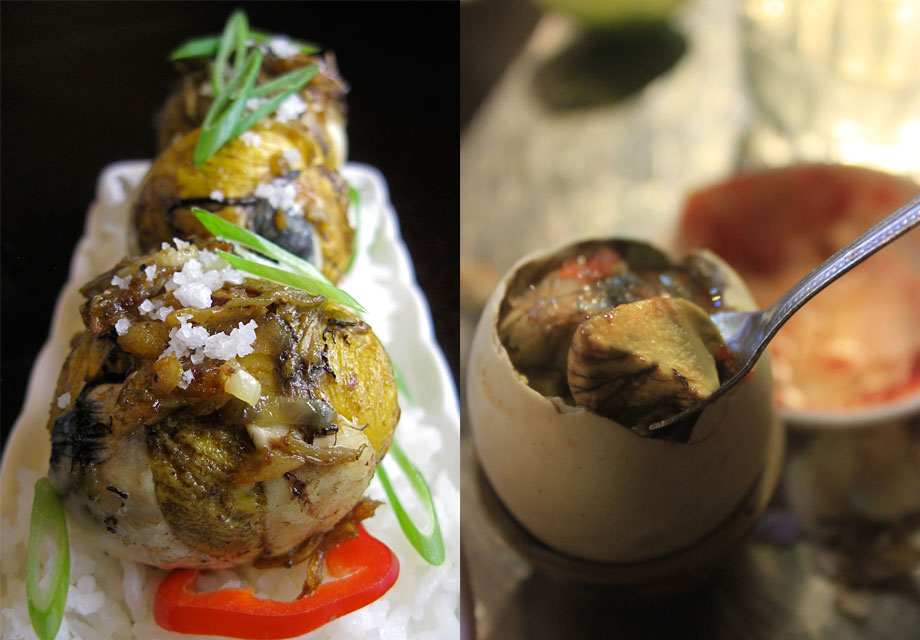 One of the greatest joys of travel is exploring how other cultures eat – but you may need a stomach of steel to survive what you find. If you consider yourself a culinary daredevil because you put an extra-big lump of wasabi on your tuna roll last night, these edible escapades are not for you.

One man’s trash is another man’s treasure. And similarly, one man’s delicacy is another man’s digestive nightmare. The list of unusual stuff eaten around the world is lengthy, but we’ve rounded up a few of the craziest foods enjoyed in all corners of the globe. Bon apetit.

You order your eggs boiled, scrambled or fried – perhaps poached if you’re feeling adventurous. But how about… fertilized? Balut, a developing duck embryo that’s boiled alive while still in the shell, is a common street food in the Philippines. Chili, garlic and vinegar are common accompaniments, as is a cold beer (or however many it takes to forget what you’ve just eaten).

From pasta to pizza to Parmesan, Italian food is heralded as some of the world’s finest. What isn’t so often spoken of is casu marzu, a traditional Sardinian sheep milk cheese containing… wait for it… live insect larvae. Some people suffocate them or kill the wriggling beasties in the fridge before consuming, but traditionalists prefer the live approach. Eater beware: when disturbed, the maggots can launch themselves for distances up to 15 cm.

Like sushi and sashimi, sannakji is served raw. Unlike its Japanese cousins, this dish can fight back. Sannakji is live octopus eaten either whole or sliced in pieces, depending on the size of the specimen in question. It’s served so fresh that the tentacles may still squirm on your plate, and the suction cups can stick to your mouth and throat. Choking is a real hazard (as is retching if you dare look it up on YouTube).

Chef Anthony Bourdain is known for having one of the toughest tongues in the biz, but even he could barely handle hákarl. “This is probably the single worst thing I’ve ever put in my mouth,” he said of Icelandic dish. Hákarl is made by fermenting a Greenland shark, because it’s poisonous when fresh. When the meat is sufficiently decayed, it boasts a strong fishy flavour and an intense ammonia smell that causes many first-time diners to gag.

Insect caviar, anyone? That’s the dubiously appealing nickname given to escamoles, ant larvae harvested from the roots of the agave plant. Served solo, the Mexican delicacy bares a resemblance to a grain salad and has a buttery, nutty taste. Escamoles can also be found in tacos and omelets. As far as insect-based foods go, this one is actually pretty palatable.

Imagine a cute, puffin-like creature. Now imagine a bunch of them, fermented, stuffed into a seal’s carcass. That’s kiviak. A traditional wintertime Inuit food from Greenland, kiviak is made by cramming hundreds of auks, fully intact, into a hollowed-out seal. The seal is then sewn up and the birds are left to ferment over the course of months. When ready, the auks are eaten raw, particularly on special occasions like birthdays and weddings.

If you have fantasies of mixing mealtime with Indiana Jones and the Temple of Doom, and very few concerns about animal cruelty, this one’s for you. In parts of Vietnam, cobra heart is sliced out of a live snake and eaten – still beating. Drop it in a glass of blood and venom liquor, and shoot like you’re in a classic frat film. You can then enjoy a multi-course meal made from the remains of your victim.

“A national park bathroom that somebody just dumped a bunch of dog food in” is one of the many creative ways a team of BuzzFeed taste testers described surströmming. The traditional Swedish dish consists of Baltic herring that has been fermented for at least six months. An open can emits an odour so putrid it’s typically eaten outdoors, and several major airlines banned transport of the fish.

Tong zi dan – or ‘virgin boy eggs’ – are a regional specialty of Dongyang, China. The eyebrow-raising food is made by cooking eggs in urine collected from young boys, preferably under the age of ten. According to Chinese tradition, these eggs have health benefits ranging from treating arthritis to preventing heat stroke to promoting better blood circulation. The popularity of the unique treat led the local government to list tong zi dan as “local intangible cultural heritage.” 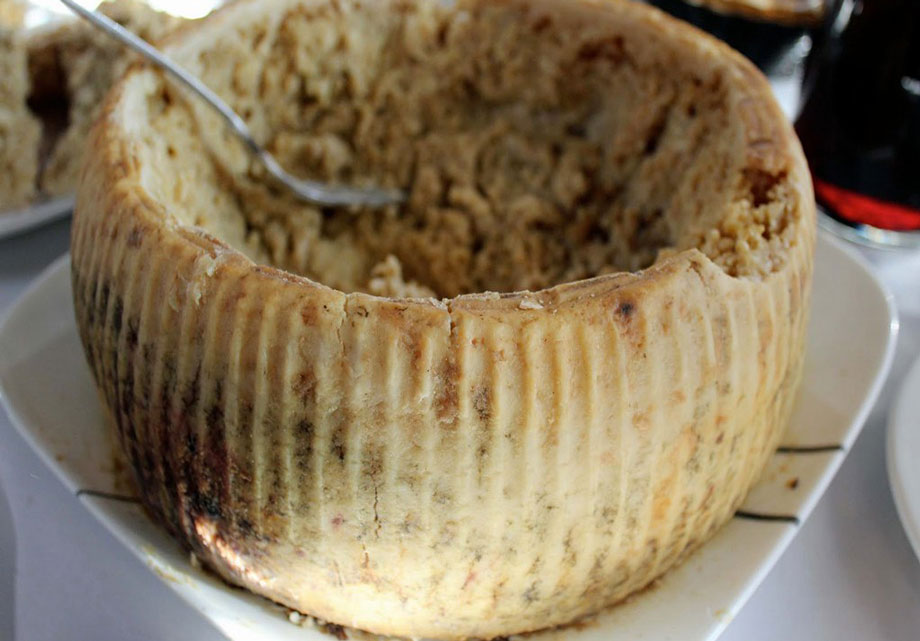 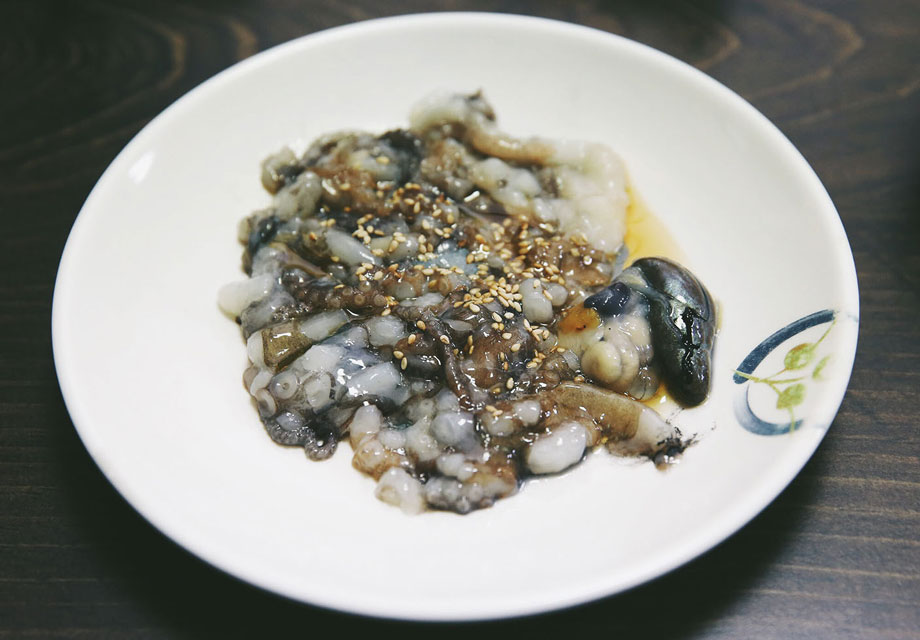 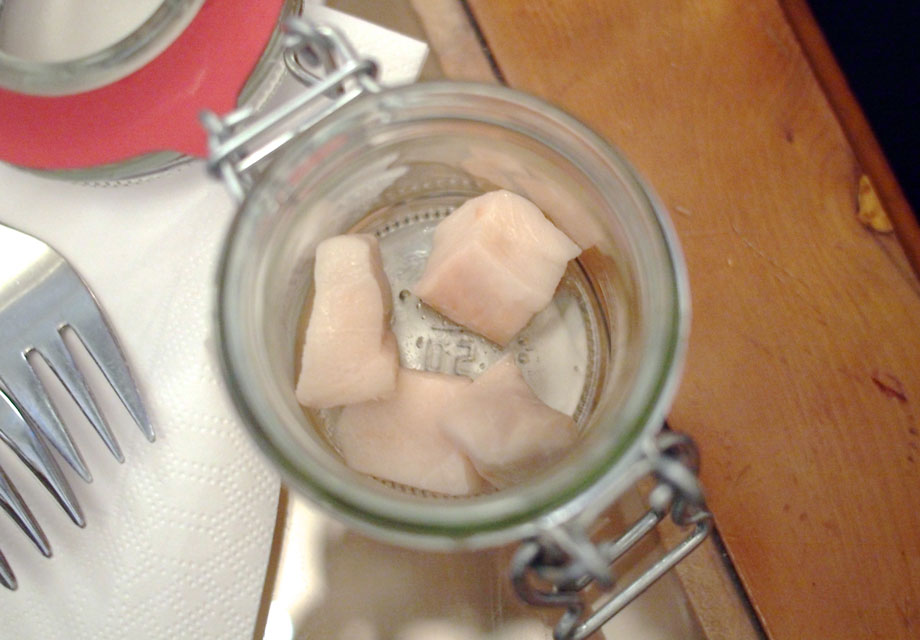 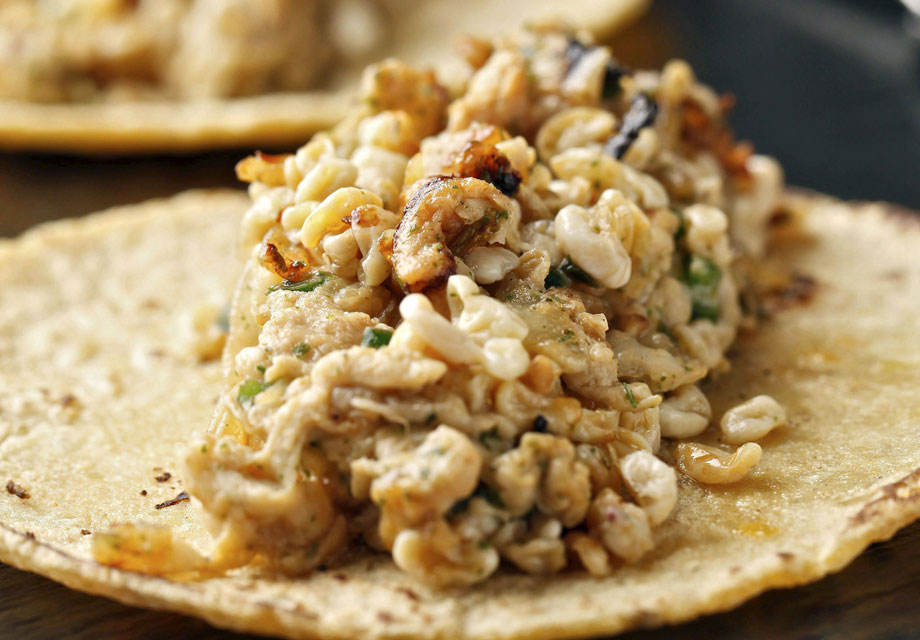 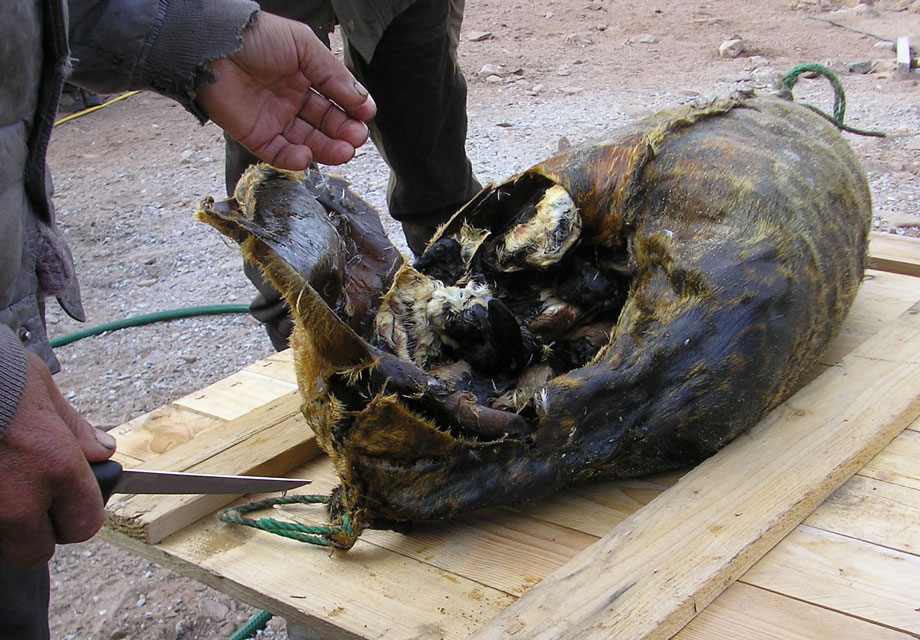 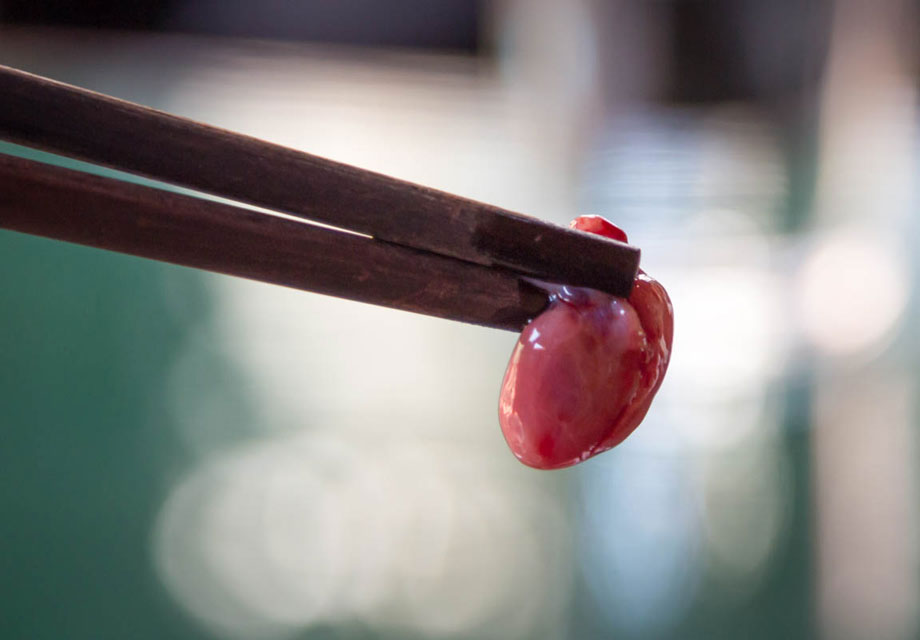 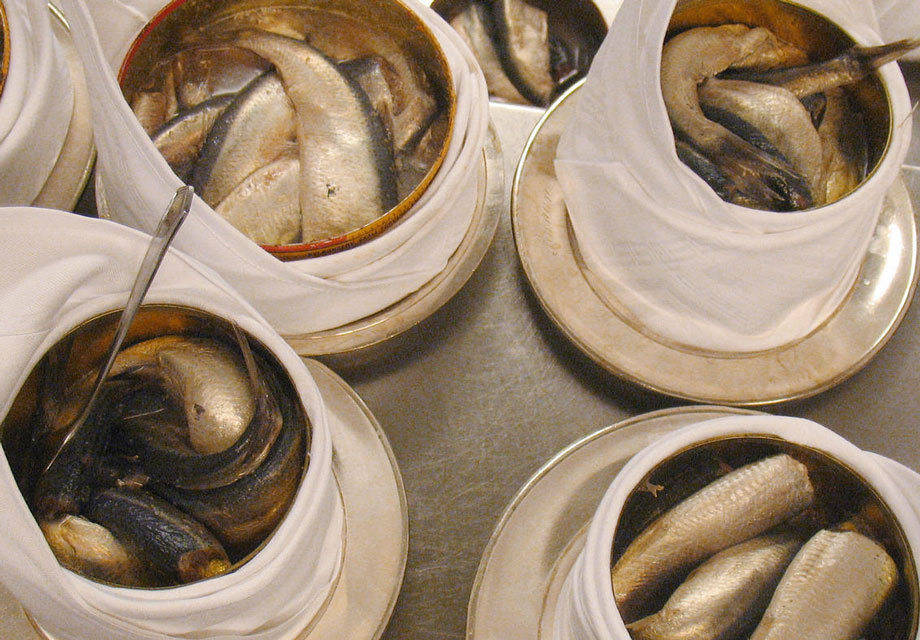 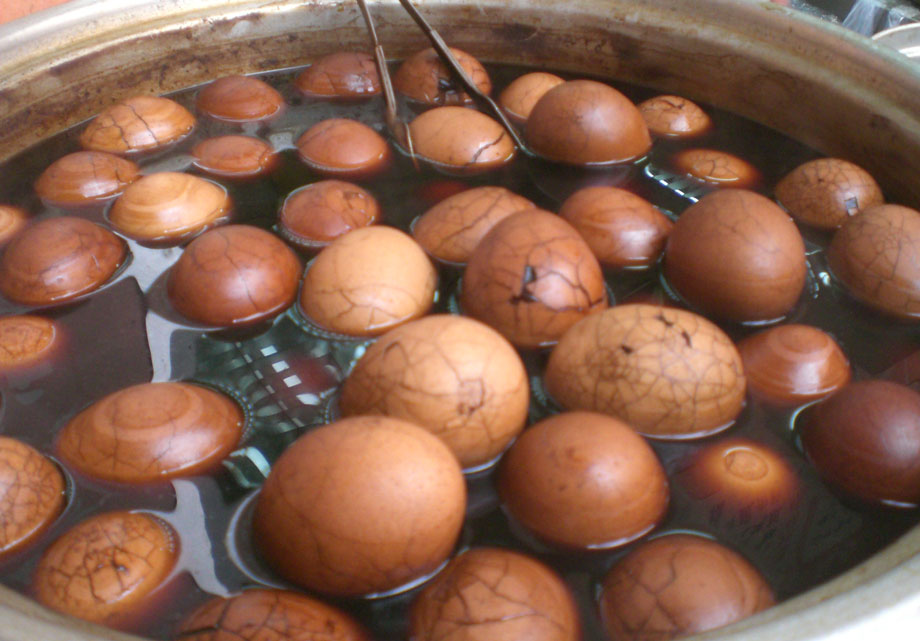