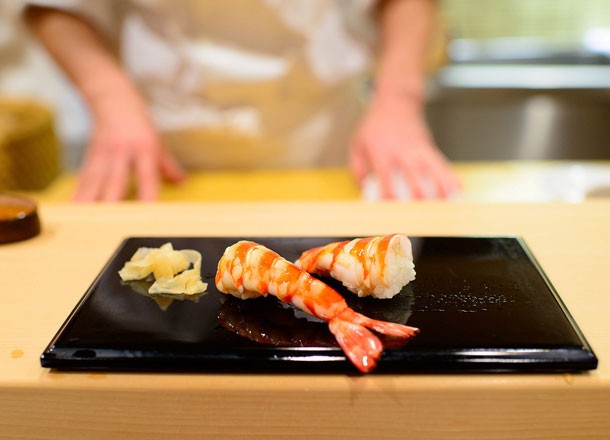 When Anthony Bourdain has an opinion on food, it’s probably a good idea to listen up. The celebrity chef already revealed his three favourite meals of all time, and most recently shed light on what he’d like his last meal on earth to be.

In a piece for The Guardian, Bourdain described his ‘last supper’ as a 23-course meal featuring high-end sushi and sake from Tokyo‘s Sukiyabashi Jiro.

“I think I’d prefer to die like an old lion – to crawl away into the bushes where no one can see me draw my last breath. But in this case, I’d crawl away to seat in front of this beautiful hinoki wood sushi bar, where three-Michelin starred Jiro Ono would make me a 22-or 23-course omakase tasting menu,” Bourdain so eloquently said.

Despite Ono’s usual house tea pairing, Bourdain said he would go for sake as his last beverage of choice. “On this occasion, I’d order the most rare and expensive sakes he’d agree to sell me. In fact, I’d allow myself to get a little tipsy. Ideally, this being my last meal and all, I could convince the master to join me.”

Check out Bourdain’s full description of his ideal last meal here. It’ll start making you feel real bad about your ‘last supper’ dreams of dining on fried chicken and beer.