Study Finds Being A Bar Regular Is Good For Your Health 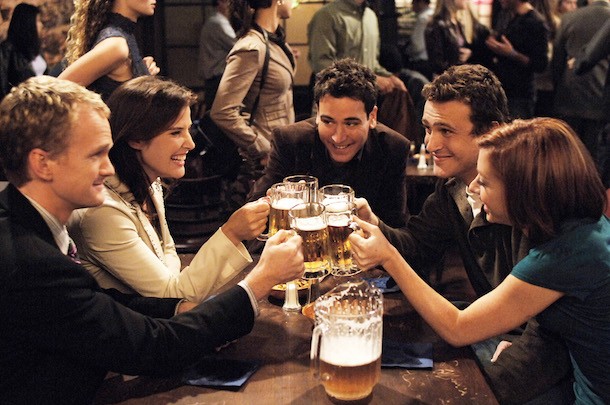 Raise a toast to that most esteemed establishment, your local. Research conducted by Oxford’s Department of Experimental Psychology has found that being a regular at a bar has both physical and psychological perks.

More specifically, this latest exploration into the benefits of alcohol discovered that people who live near a local pub tend to have more close friends “on whom they can call for support.” As a result, they are generally happier and more trusting of others than those who do not have a go-to watering hole.

“Friendship and community are probably the two most important factors influencing our health and well-being. Making and maintaining friendships, however, is something that has to be done face-to-face: the digital world is simply no substitute,” said lead researcher Professor Robin Dunbar in a press release. “Given the increasing tendency for our social life to be online rather than face-to-face, having relaxed accessible venues where people can meet old friends and make new ones becomes ever more necessary.”

In addition to encouraging meaningful human interaction, alcohol consumption can improve cognitive ability and health. “Modest alcohol consumption also enables us to build friendships and create a sense of community,” the study reads. “And there is considerable evidence that social network size and quality has dramatic effects on health, well-being, happiness and even survival.”

“Modest” is the key word here. Unbridled boozing detracts from the psychological and social benefits of alcohol, but provided you stick to a reasonable level, your local is now scientifically proven to be an important part of your social life.

“If we can persuade people to get off their smart phones and get down to the pub to talk to each other,” the study concludes, “it is likely to have dramatic effects on health and well-being, as well as community cohesion.”