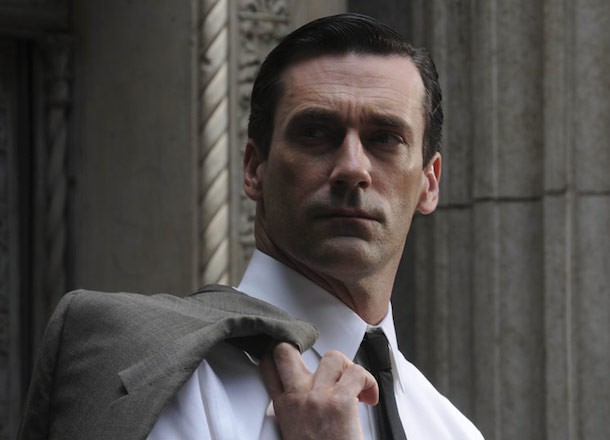 Bad news for those of you who are really, really ridiculously good looking: a study found that handsome men are less likely to be promoted than their more homely colleagues.

Researchers from University College London’s School of Management concluded that those blessed with Don Draper-worthy features are perceived as more competent in the workplace, but are consequently also perceived as a greater threat. As a result, competitive colleagues are reluctant to promote anyone they deem more attractive than themselves.

The bias was particularly strong for roles that showcase individual talent, like investment banking and sales. For roles in which team performance is rewarded, the decision maker was more likely to hire a handsome man in order to further his own career.

Interestingly, the study found that the same bias did not apply to women, as being pretty is not associated with competence among female stereotypes.