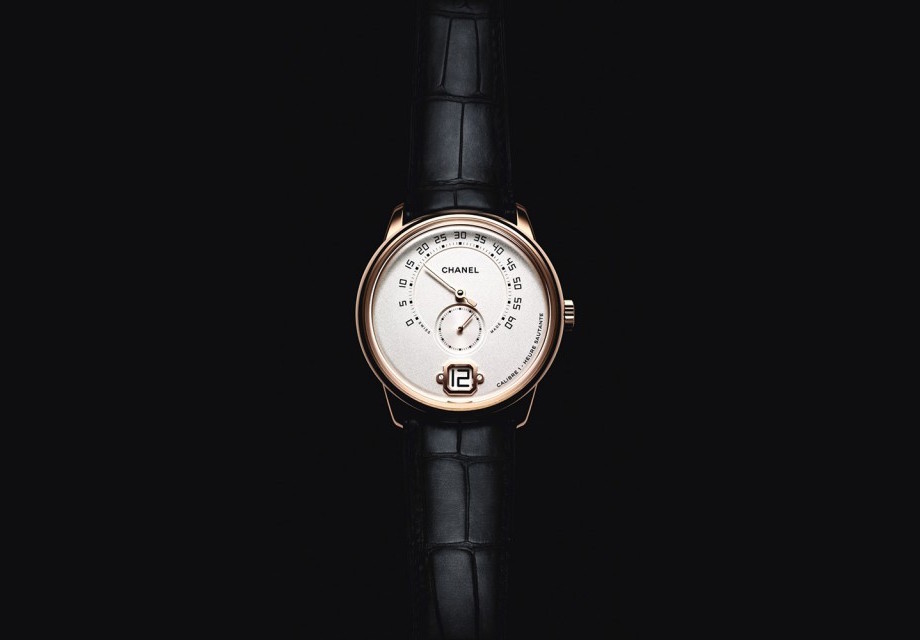 Chanel entered the world of watchmaking in 1987 with the Première watch, a minimalist women’s timepiece. Now, almost three decades later, the French luxury house has announced its very first watch for men: the Monsieur de Chanel.

The firsts don’t stop there. The Monsieur also contains Chanel’s first in-house movement, the Calibre 1, and will be the first timepiece created entirely at the company’s assembly plant in La Chaux-de-Fonds, Switzerland. The former incorporates two complex complications – a jumping hour and a retrograde minute – and took five years to develop.

As to aesthetics, the dial configuration is unusual and eye-catching. Turn the watch over for a glimpse at its sensuously circular inner workings – not an angle in sight. The Monsieur packs 170 parts in total, finished variously in matte, brushed, and glossy black ADLC (amorphous diamond-like carbon).

You’ll notice a few uniquely Chanel touches. The frame around the hour numeral takes the octagonal shape of Place Vendôme, and the lion adorning the movement and crown is set to mark all future in-house haute horlogerie movements.

Three hundred models of the new timepiece are set to be produced in 2016, half in beige gold and half in white gold (€31,500 and €33,000, respectively). The Monsieur de Chanel watch will be available in Chanel’s boutiques and online beginning June 2. 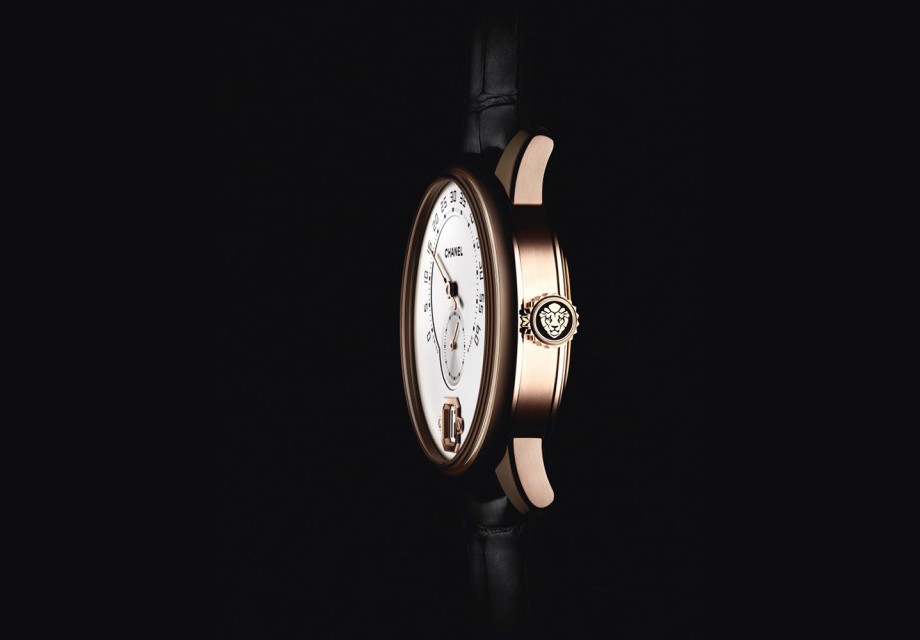 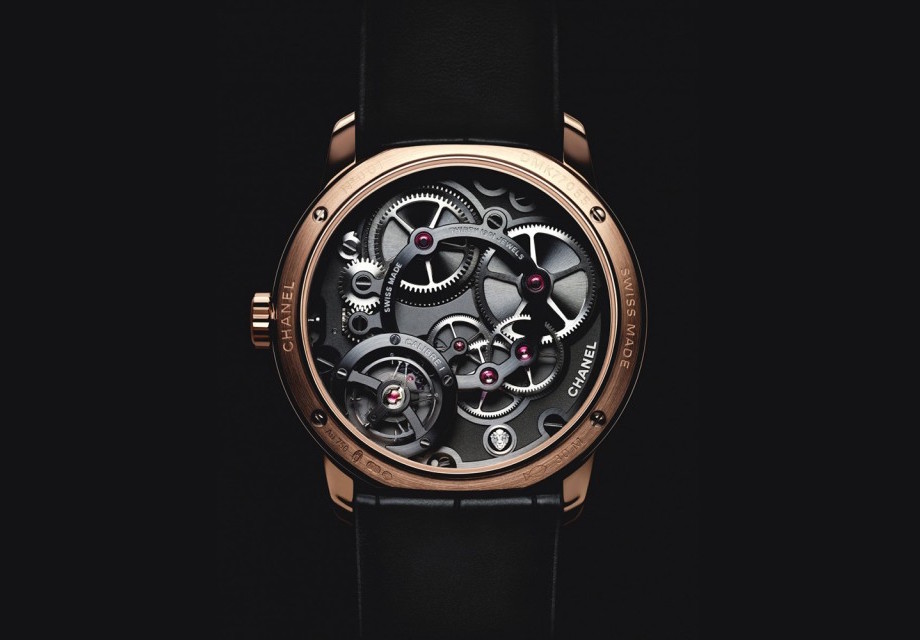