Is This The World’s Most Unsettling Photo Series? 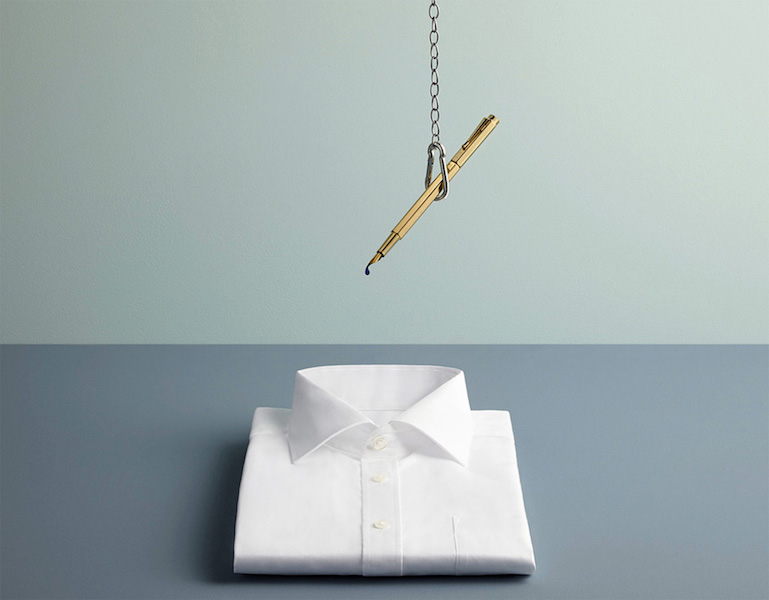 What makes you anxious? For its new ‘Adrenaline’ issue, Kinfolk magazine commissioned photographer Aaron Tilley and art director Kyle Bean to create a series of images designed to cause apprehension. The resulting series, “In Anxious Anticipation,” is a collection of some of the most subtly unsettling photos you’re likely to see.

The photographs capture moments of expectance and disquieting dread in a unique and mischievous way. They’re both hair-raising and humourous, a representation of our feelings right before a big move. From an ink pen suspended over a pristine white shirt, to a bowling ball rolling toward bubble wrap, to a balloon awaiting death above a platform of nails, each image condenses the maddening emotion of anticipation into a single frame.

“Whether we’re readying ourselves for the start of an event or just imagining ourselves partaking in it, the buzz of nervous anticipation is sometimes as satisfying as the reward at the end,” says the accompanying text by Jordan Kushins. “Often just the thought of what if? can be as potent as the act itself, and the thrill of the chase may occasionally be more powerful than the real deal.”

The series is frustrating, unsatisfying, clever, and beautifully shot. Grab a paper bag in case of emergency and view the gallery above. 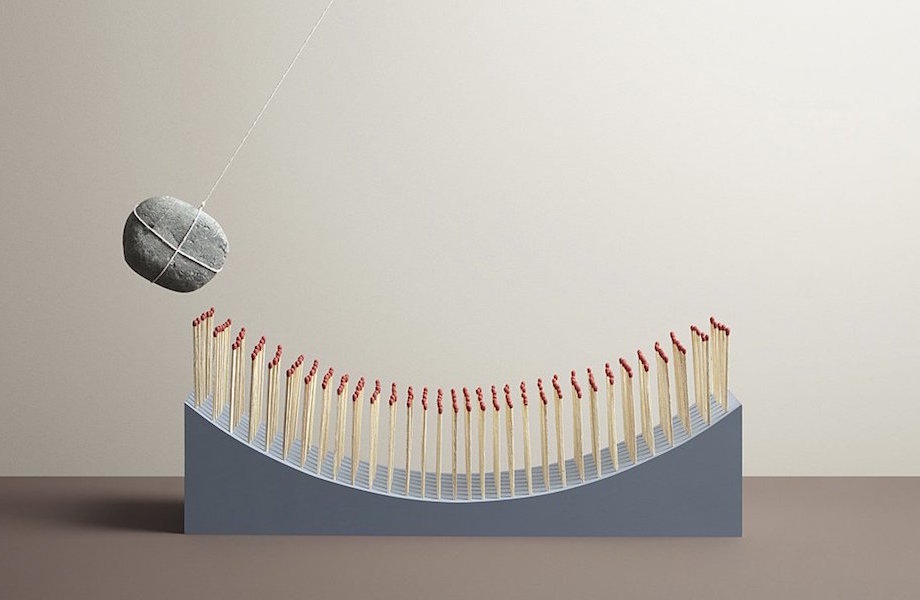 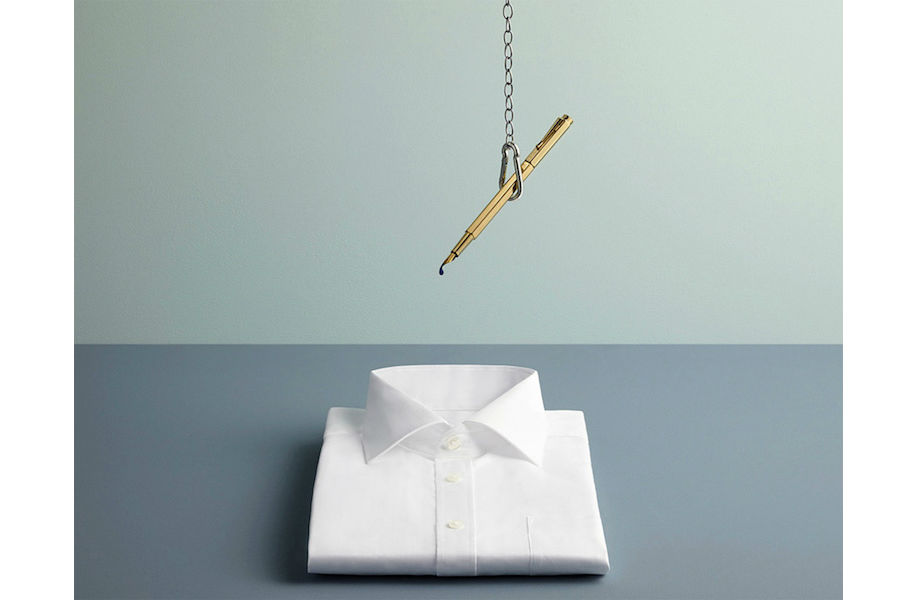 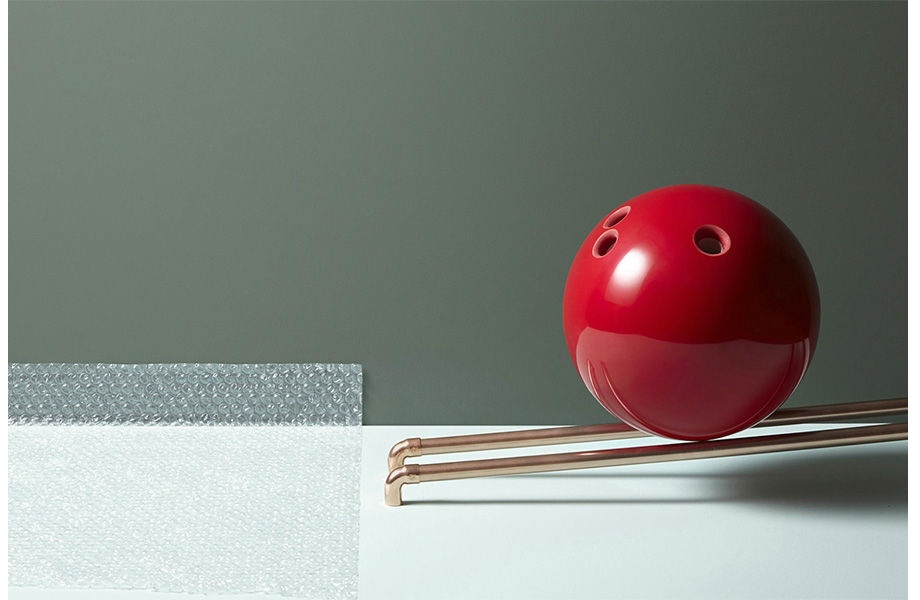 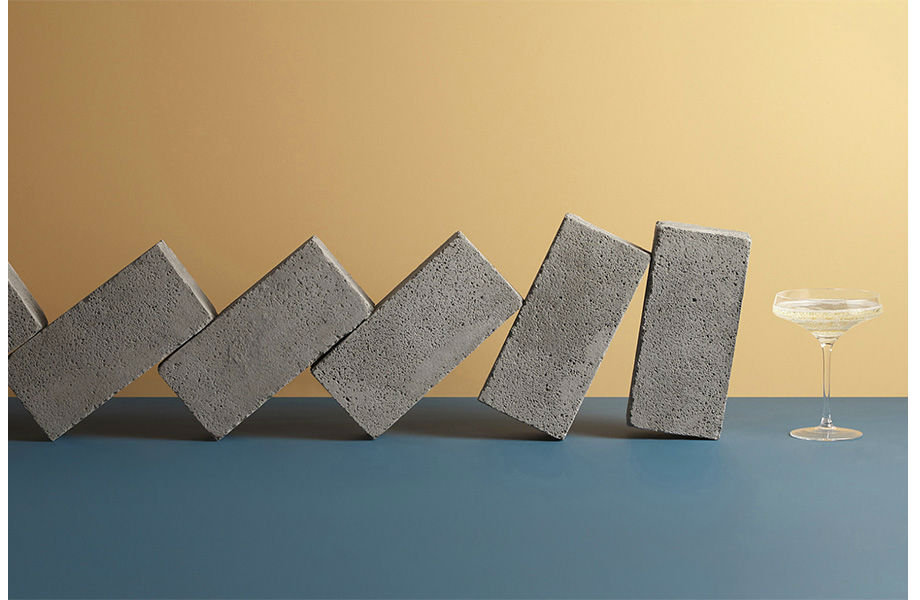 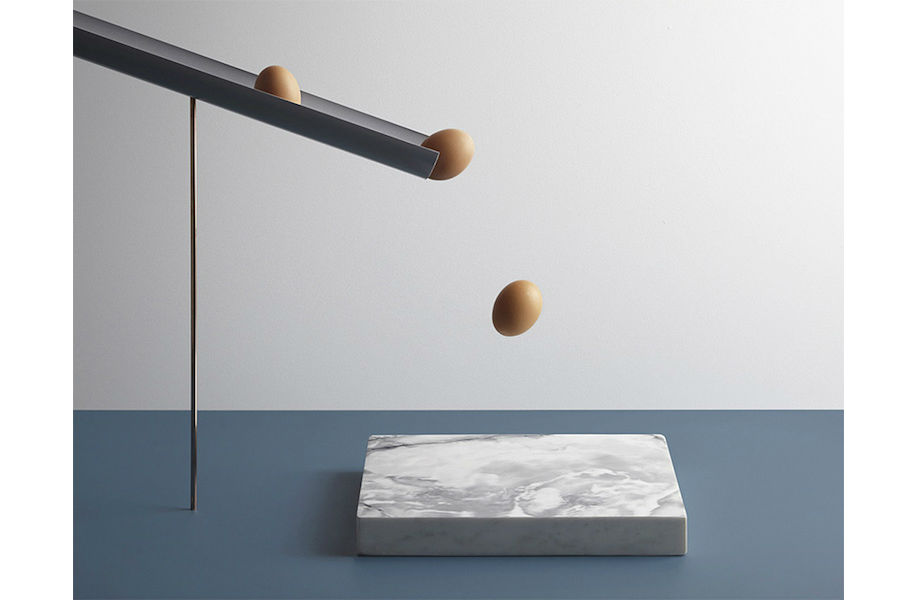 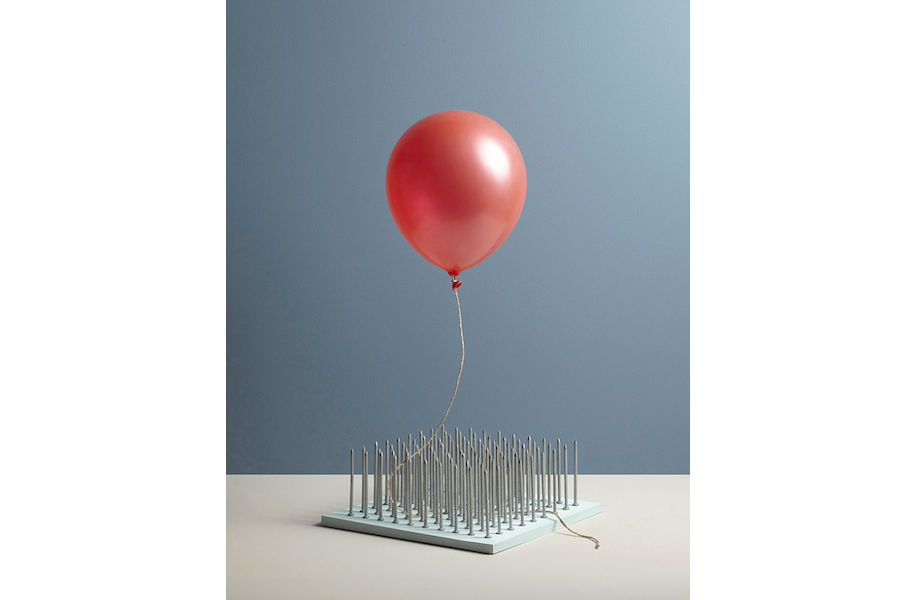