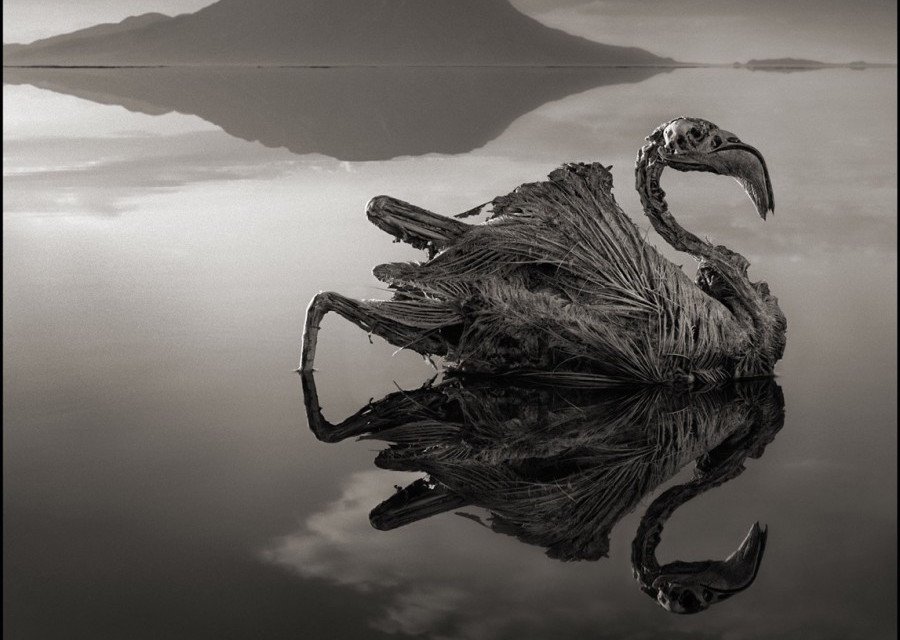 The pH value of Lake Natron is somewhere between 9 and 10.5, making it so alkaline that it preserves many of the living things unlucky enough to die in its waters. The result is a mass of phantasmagorical creatures that look like they’ve been turned to stone or carved into grotesque statues. The sight is morbid but beautiful, and captured expertly by the lens of photographer Nick Brandt.

Brandt’s book Across the Ravaged Land features several images from his explorations at Lake Natron. Here’s how he describes the creation of the series:

I unexpectedly found the creatures – all manner of birds and bats – washed up along the shoreline of Lake Natron in Northern Tanzania. No-one knows for certain exactly how they die, but it appears that the extreme reflective nature of the lake’s surface confuses them, and like birds crashing into plate glass windows, they crash into the lake.

The water has an extremely high soda and salt content, so high that it would strip the ink off my Kodak film boxes within a few seconds.The soda and salt causes the creatures to calcify, perfectly preserved, as they dry. I took these creatures as I found them on the shoreline, and then placed them in ‘living’ positions, bringing them back to ‘life’, as it were. Reanimated, alive again in death.

Brandt’s images are striking, haunting, unforgettable – eerie but exquisite reminders that everything is temporary. Take a look at Brandt’s extraordinary photography above and view more of his work here. 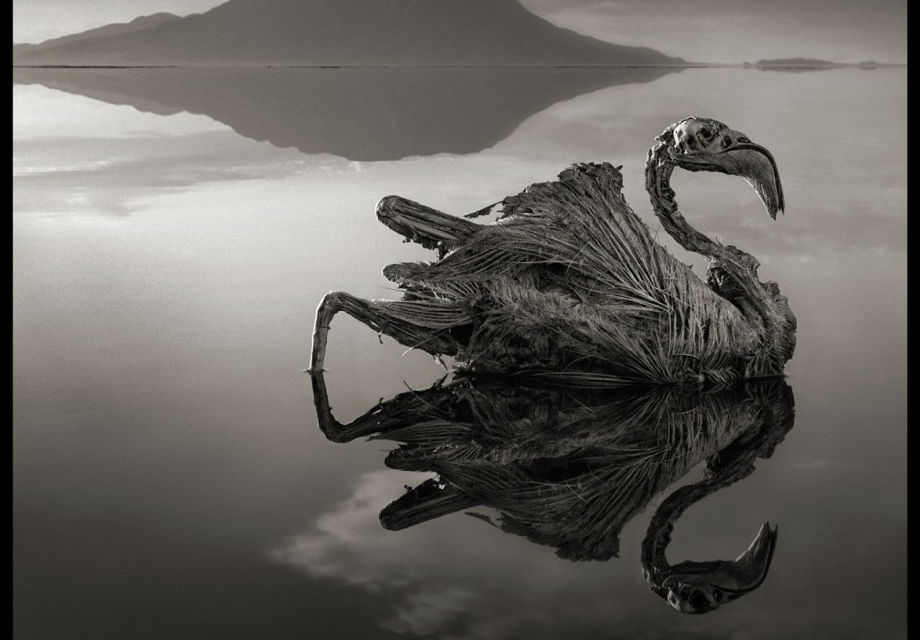 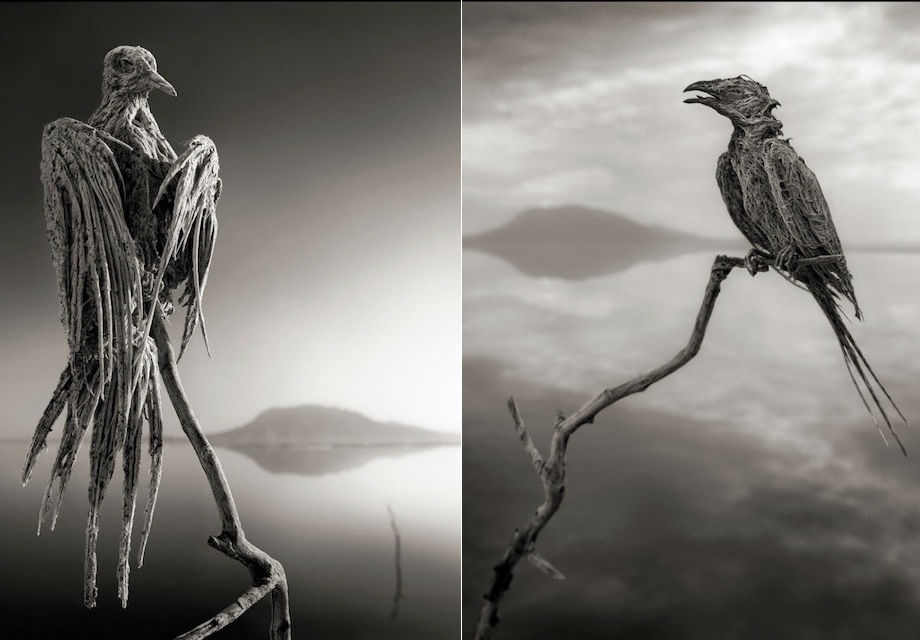 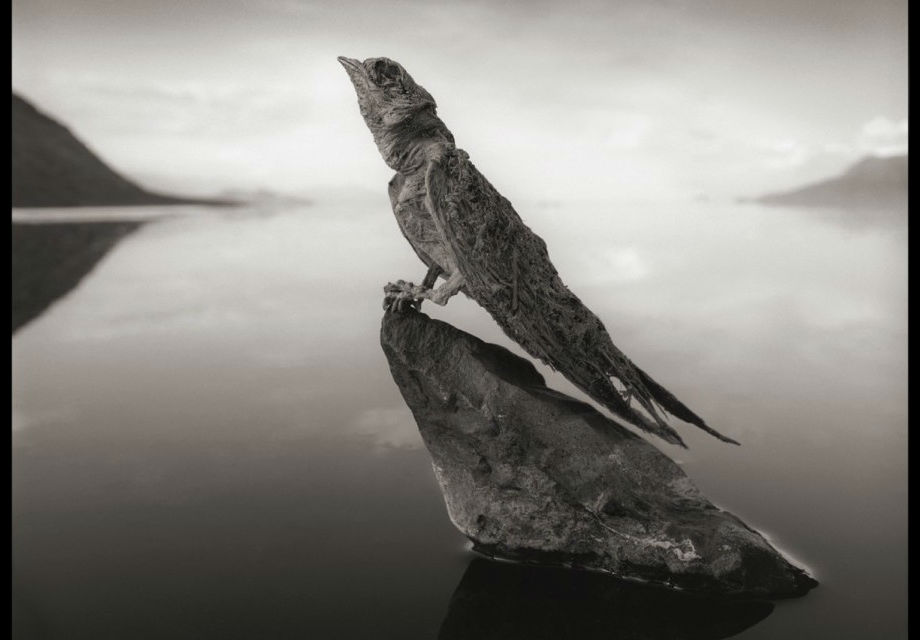 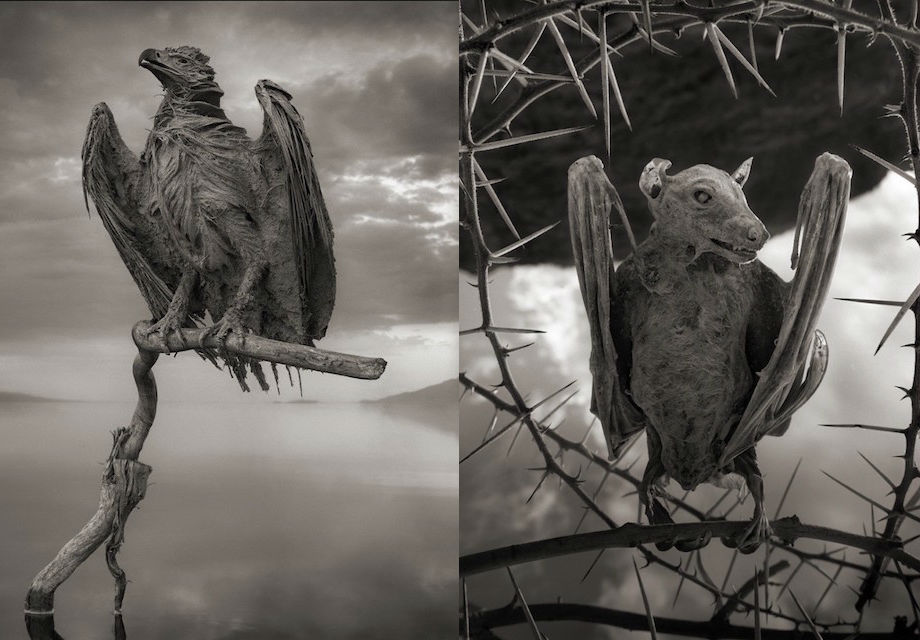