How To Get Robert Pattinson’s Style

One time teen heartthrob and sparkling vampire Robert Pattinson has been on the quieter side of late. After the success of Twilight, where else can a man really go except in hiding?

Thankfully, Pattinson’s low-key movie appearances in the past year haven’t spelt the demise of his career. Far from it in fact. The actor, model and musician yesterday announced that he had been secretly designing his own clothes alongside his long-standing collaboration with Dior Homme.

Pattinson told Numero magazine: “For the last two years, I’ve been visiting producers and craftsmen. There’s already quite a few pieces. I love doing it. My style is influenced by the cities I go to, sourcing fabrics and local skills.”

With that handy little fact, we decided to take a closer look at Pattinson’s past winning looks. Robert Pattinson Fashion? It could work. Let’s just hope his pieces don’t sparkle. 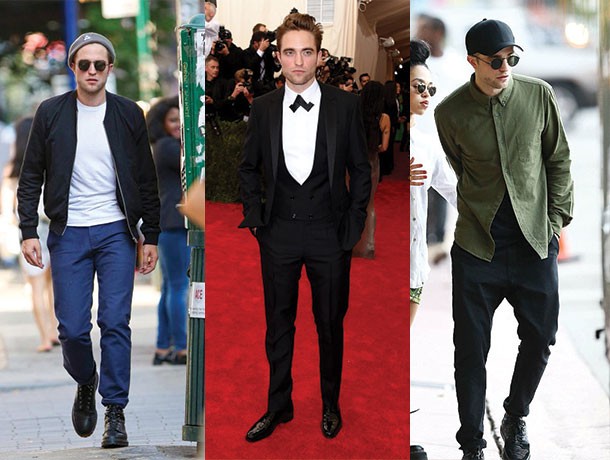 Pattinson falls on the more conservative side of fashion. He’s in no way a rule breaker but he does take some definitive cues from British styling and throws it together well with his svelte frame. In essence there’s only two looks that Pattinson tends to follow: Formal and street. The in-between is just a variation of the two categories.

On the street front you can expect solid winter wear such as bomber jackets, leather lace-up boots, brightly coloured trousers and a simple white tee paired with a beanie and sunnies. The baseball cap is also a favourite of Pattinson’s in this area. Moving into formal attire, we have the Robert Pattinson colour wheel for suits. He’s certainly not afraid of bold colours and when it’s not a slim fitting skinny suit, it’s a dashing tux complete with a cross bow tie. Damn, Pattinson. Where’d you get them threads from. 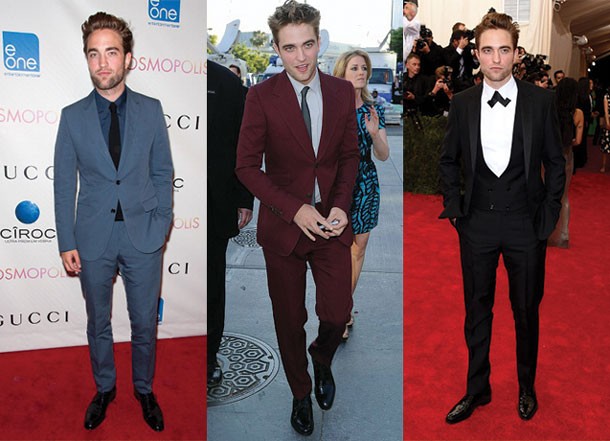 Super slim and ultra bright is the only way to go for Pattinson’s formal wear. Some of them are so bright that we’ve had to omit from this article, but for the more restrained ones, Pattinson holds it together well.

A washed out blue or marsala provides the perfect contrast to the night and things are kept super simple with a skinny tie. When it’s awards time, the three-piece tux comes out to play and R-Patz knocks it out of the park.

A plunging vest gives way to a cross bow tie and easily allows him to standout amongst the cookie-cutter tuxedos. The only standing rule across all three looks? Keep that hair and perfect coiffe in check. 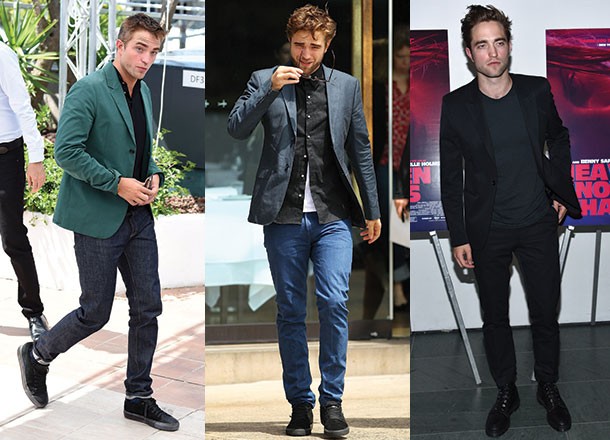 When the party’s over Pattinson steps it down a notch and takes the blazer to the streets. His favourite pairing with the blazer is often just a simple tee or polo teamed with chinos or denim.

Again, simplicity is the key here and it’s more about colour combination than standout fashion. You don’t need to follow Pattinson’s lead in going black shoes all the time. Feel free to change it up with some colour or even brown leather dress boots. 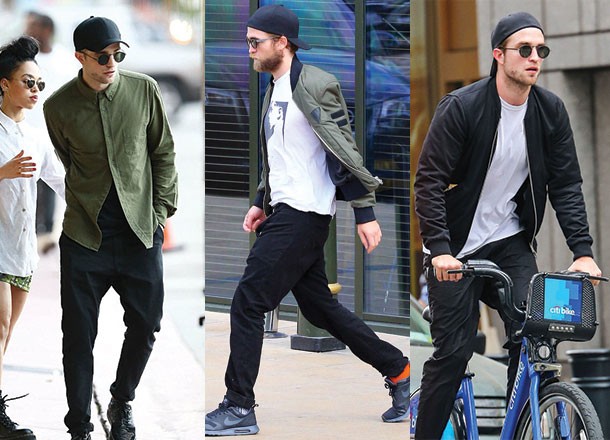 Drawing influence from his time in the States, Pattinson loves to bust a cap. Especially in his very Topman-inspired street threads. This is where Pattinson seems to feel most at home with a pairing of skinny joggers and awesome kicks.

Up top it’s dress shirts, detailed bomber jackets in military green, sunnies and the all-important cap worn backwards or forwards. This same looks works perfectly for a blackout with a white tee used for contrast. On your bike, stylish lad. 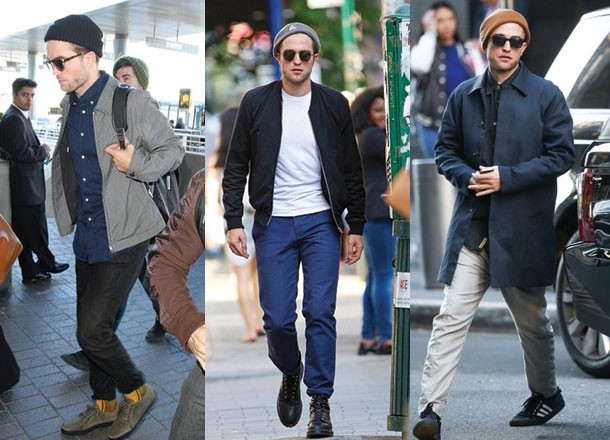 Much like the cap game, Pattinson also plays well with beanies during the colder seasons. Be sure to change up the colours to avoid the sloppy look. Beanies work a treat for Pattinson when paired with his unique streetwear. Bombers, jackets over dress shirts and coats all go perfectly with the beanie.

Just be sure to layer up well with colour blocking so that you don’t look like a piece of Play-Doh. Coloured shoes, socks and chinos all play a vital part to this look. We’d even recommend longline pieces which are currently gaining popularity amongst the fine purveyors of streetwear. This is Robert Pattinson fashion done right.