How To Get Sam Smith’s Style

The English crooner who penned his award-winning album, In the Lonely Hour, after a rough breakup has come a long way in the entertainment world. For his latest efforts in piecing together the theme song for James Bond‘s Spectre, Sam Smith took home both a Golden Globe and an Academy Award for best original song.

His rise through the musical ranks doesn’t just acquire him shiny statues though. Over time Smith has shown the fashion fraternity that he is more than capable of holding his own when it comes to creativity in the closet. Or is that out of the closet? Either way, the man’s got great style. Here’s how you can steal Sam Smith’s style.

Breaking It Down: Sam Smith’s Style 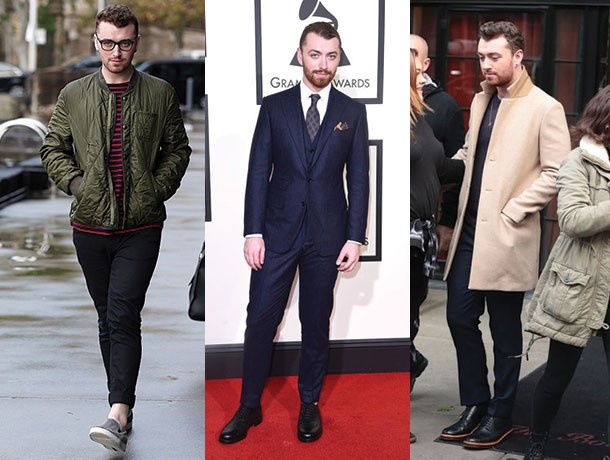 Smith follows the ways of the English gentleman when it comes to his choice of style. On the red carpet you’ll find him in a classic tux or a three-piece suit cut close to the body. About town, it’s all about the winter threads and this is where Smith makes it his own. Burberry trenches, fur-lined coats and military-inspired outer layers all assist Smith in keeping it cool when it’s already freezing outside. Also pay attention to Smith’s shoe game as well as he’ll often pair unique kicks with classic looks for that extra bit of character. Sam Smith style done right. 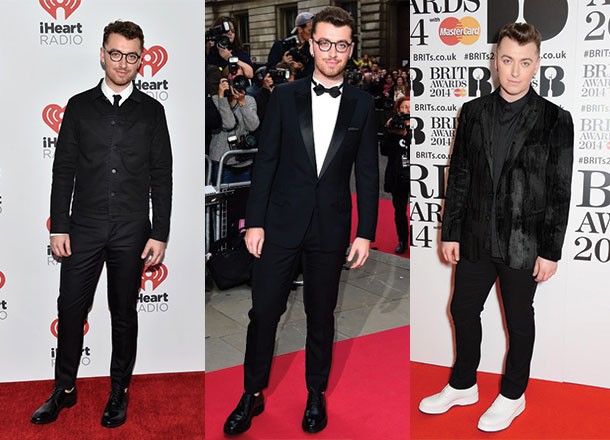 A black tie event calls for an all black ensemble. Smith does most variations of it extremely well and relies on texture and fabric to give each look its individual character. For a more casual red carpet look, pair a black varsity cardigan with a white dress shirt and skinny black tie.

It stays within the rules of formal attire whilst adding a creative edge to the look. Simple black trousers and polished black shoes round out this outfit. Moving onto the serious formal wear, Smith leaves no room for error and goes for the classic black tux cut just right. We’d probably recommend wearing some black socks though just to stay in line with the formalities.

Loosening up for the music awards gives more freedom to Smith to experiment with velvet, skinny denim and white dress shoes. It’s probably one of the more flamboyant looks and this works fine for Smith since he’s a natural performer. Play it cool if you intend to mimic this last look. 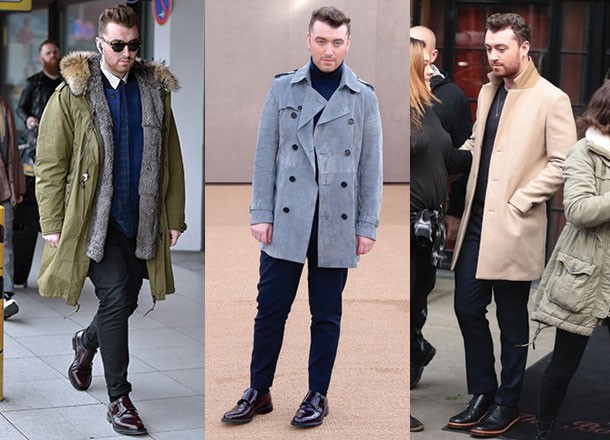 Look at all of them coats. One would think Smith was peddling fake Rolexes under those things. A stylish fake Rolex dealer that is. Smith’s coat arsenal is extensive and it helps that he resides in a country which is mostly cold and dreary all year round. When the chill comes knocking, throw on a clean beige coat and pair it up with dark under layers. Leather black boots with a coloured sole lining elevates this clean look to fashionisto level.

Moving along the coat spectrum, you can also borrow Smith’s liking for washed out colours. A flat sky blue or military green provides endless options to layer and play with. Keep the trousers dark and the double monks polished and it’s a simple process of party up top, business down below. A cool and versatile look to steal from the Sam Smith style bible. 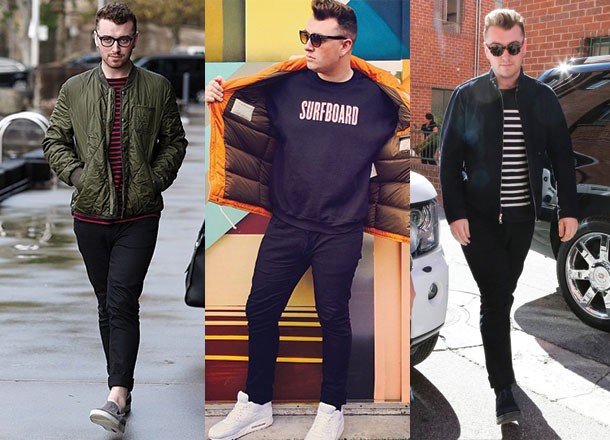 The streets of London resonate strongly through Smith’s weekend threads. Think straight out of Topman and you’re about on the mark. Smith’s go-to favourites include breton striped shirts paired with cool bomber jackets and bright gilet vests. For a more classic biker look, go for a dark denim jacket over the breton stripe and team it with black denim and leather boots. Easy money. And also don’t forget that dark pants go with fresh white sneakers like Miley and drugs. For a more casual street style, roll up those cuffs and slap on a pair of slip-ons. Sam Smith street cred, achieved.