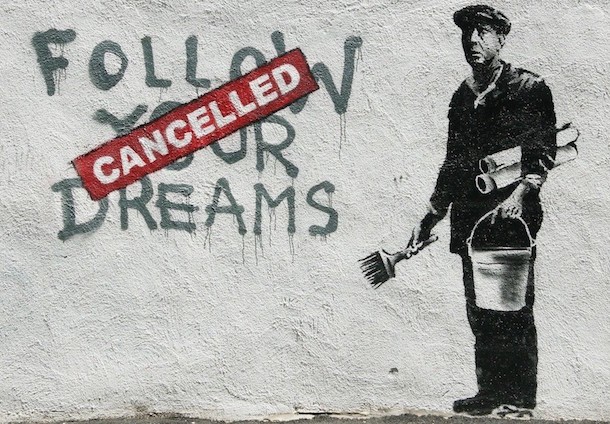 Right up there with the mysteries surrounding the dual lives of Bruce Wayne and Clark Kent is Banksy, the world-famous street artist who has concealed his identity for more than two decades. Against all odds, the prolific artist and activist has kept his real name a secret – but scientists at Queen Mary University of London believe they finally have the answer.

The team employed a geographic profiling technique typically used to catch serial criminals to find a pattern between the locations of Banksy’s art and locations associated with Robin Gunningham, a man who had previously been suspected of being Banksy in journalistic investigations. Addresses connected to Gunningham were cross-referenced with 140 suspected works by the artist in London and Bristol, revealing a significant number of overlaps in the ‘geoprofile.’

Steve Le Comber, co-author of the study, told the BBC: “What I thought I would do is pull out the 10 most likely suspects, evaluate all of them and not name any. But it rapidly became apparent that there is only one serious suspect, and everyone knows who it is.”

Further fanning the flames is the fact that the publication of the study was delayed at the request of Banksy’s legal team, who expressed concern over wording in the press release (it has since been withdrawn). This isn’t an official unmasking yet, but now might be a good time to place your bets on Banksy’s real identity.