10 Stories Behind The World’s Most Iconic Travel Photos 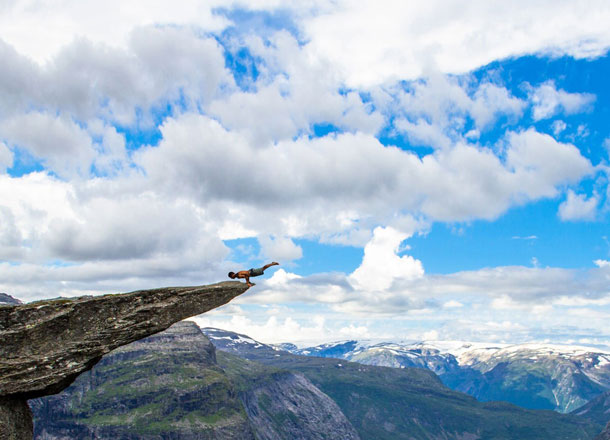 Put your selfie stick down. These next ten travellers, globetrotters and wanderlusters all have one special thing in common.

Besides a passion for exploring the world, they also go to some extreme lengths to take beautiful imagery to the next level. Whether this involves climbing to dizzying heights, trudging through inhumane weather or just going where no man has ever set foot has no relevance.

For these select few, with great Instagram shots comes great risk. Business Insider recently teamed up with the popular Instagram page BeautifulDestinations to find ten awesome examples of these types of people and got them to tell the intriguing story behind each image.

Be stunned. Be amazed. Heck, be scared even. Just don’t let the FOMO (Fear Of Missing Out) of these iconic travel photos get to you too much.

RELATED: 10 Of The Most Expensive Hotel Rooms In The World 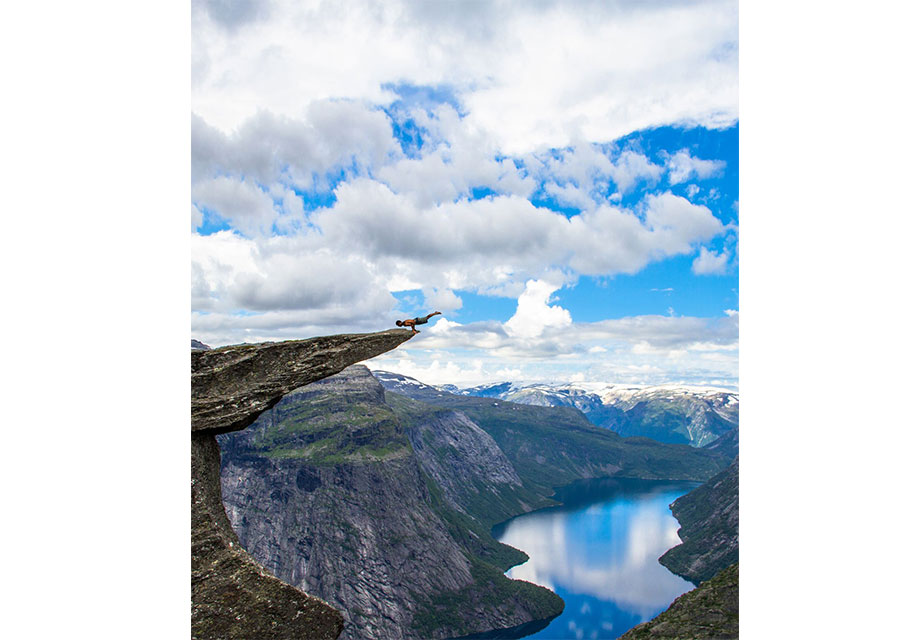 1 of 10
@thiagomlcorrea
"Trolltunga is world famous; it's the Norwegian rock that juts out over the fjords with a death defying drop ... Anyone else fancy balancing on the edge of inﬁnity with only inches of rock between you and the drop?" 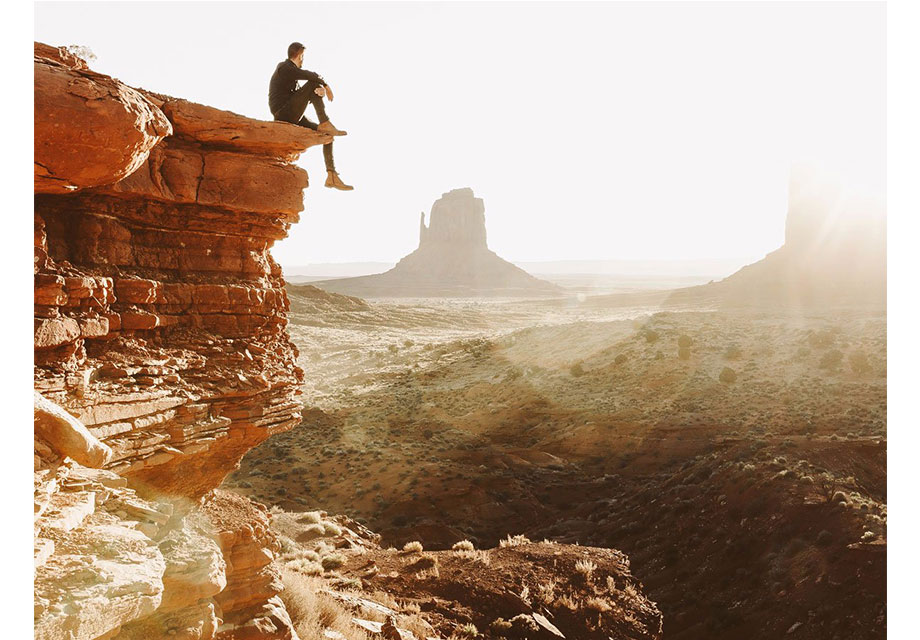 2 of 10
@ravivora
"This image was taken at Monument Valley in San Juan, Utah. 'Even after seeing hundreds of photos of this place, they still couldn't convey the thrill of seeing the sun rise on these giant pillars of rock ... When the sun broke over the horizon, I sat for a moment on the edge of the cliff, feeling small and yet a part of the landscape I was beholding." 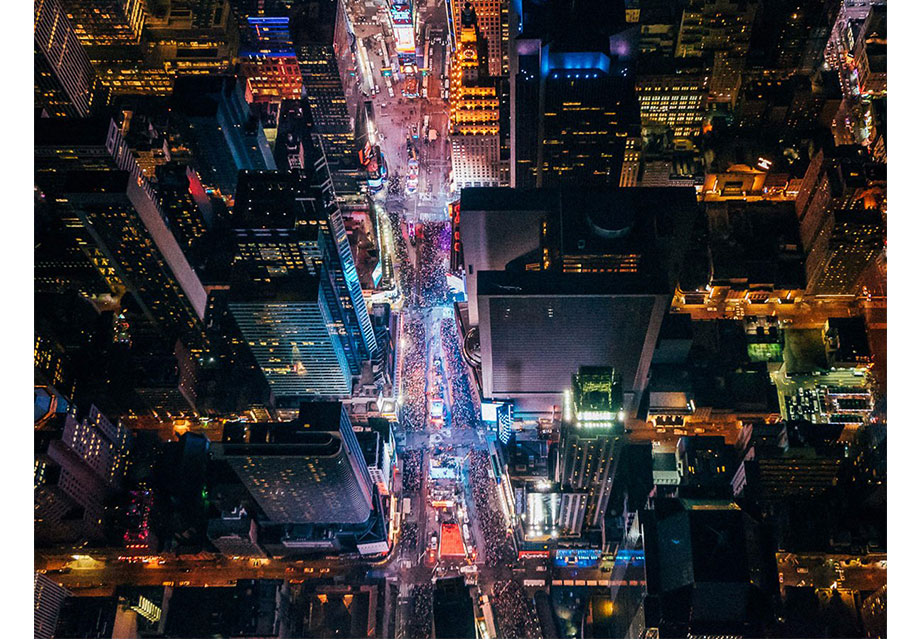 3 of 10
@dave.krugman
"A city like New York has an inﬁnite number of perspectives, but if you want to ﬁnd something truly unique, it helps to take some risks. Hanging from a harness ... 2,000 feet above Times Square, the massive infrastructure of New York City looks like a densely packed circuit board. Sometimes the best images lie at the edges of possibility." 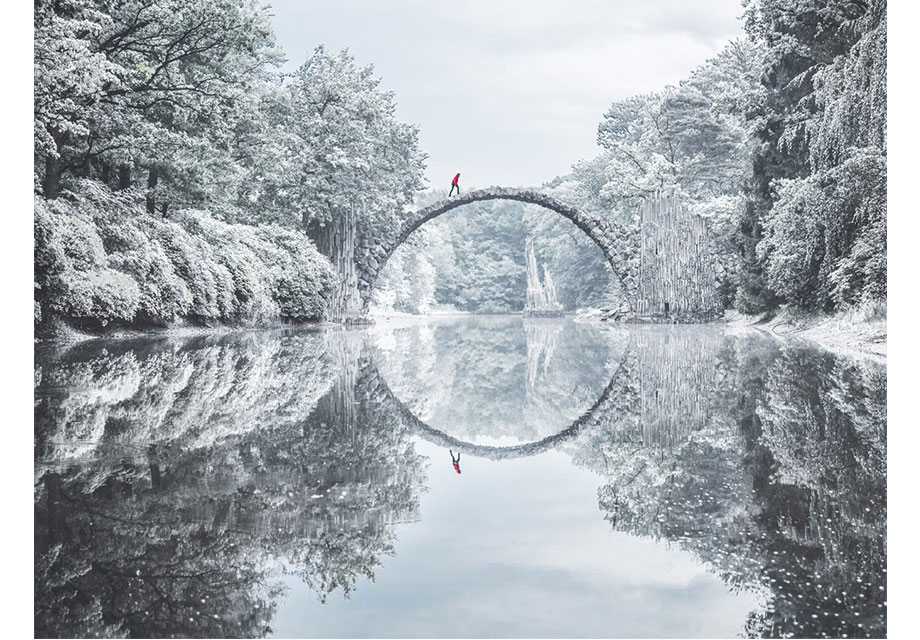 4 of 10
@jacob
"Nestled deep in the woods on the eastern German border lies Rakotzbrücke. Its perfectly constructed arch allows the reﬂection to create a complete circle, mirroring the bridge and its surroundings to create the feel of a new world beneath the surface. Walking in the freezing cold through eerie forests and desolate villages to ﬁnd this bridge made the whole experience one that will live in my mind forever." 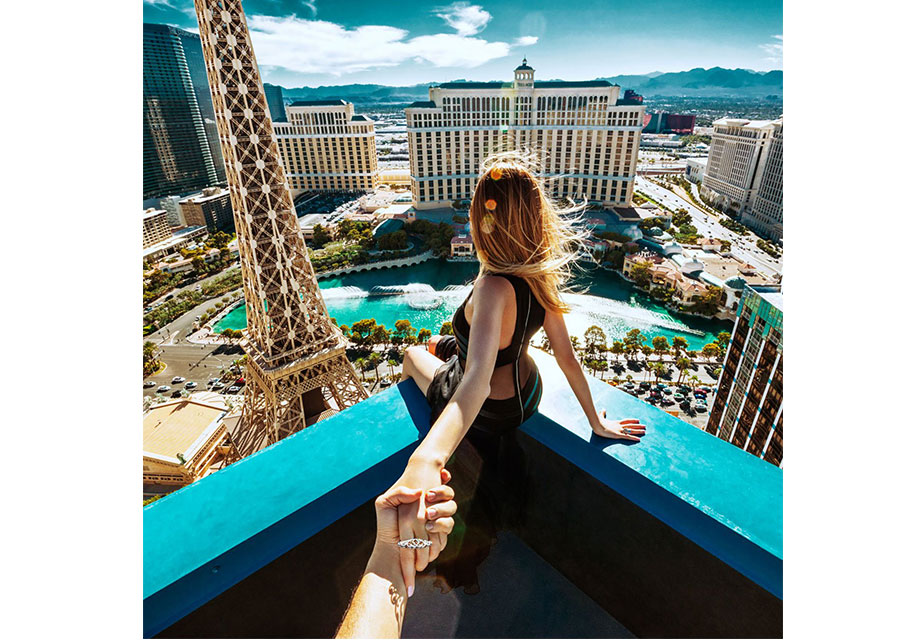 5 of 10
@muradosmann
"I wanted to capture a unique and exciting perspective of (Las Vegas) and shoot from the perfect angle. Taking all the necessary precautions with my new bride, we managed to access the rooftop from the famed Bellagio hotel and get the shot, adding another outstanding image to our FollowMeTo photo series." 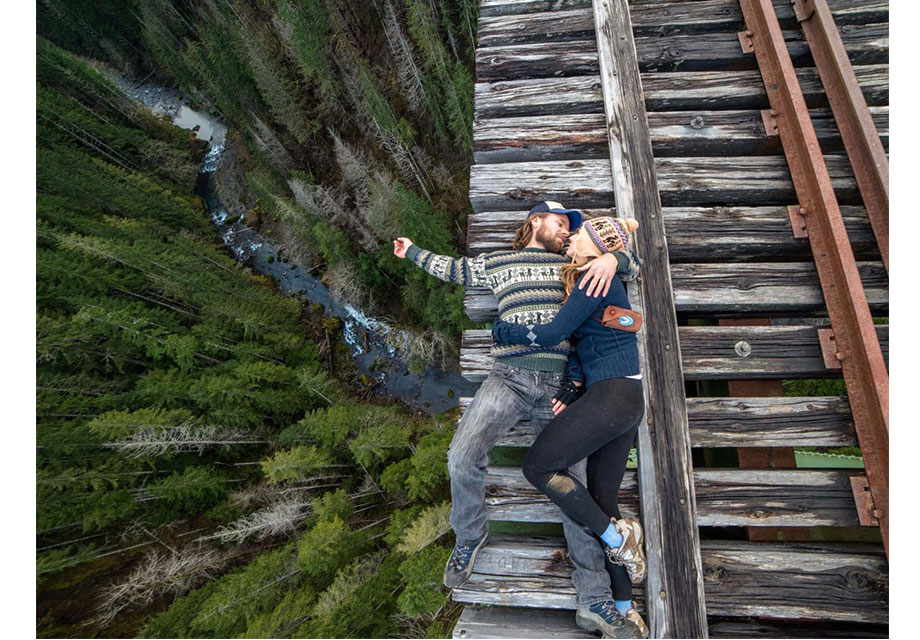 6 of 10
@isaacgautschiphotography
"Big Drop Romance' was taken in Washington of my brother and his ﬁancé. She was terriﬁed of the idea of hanging over the edge but decided to follow through with it. I shot this from above them, reaching out with a 14mm lens to capture as much of the moment as I could." 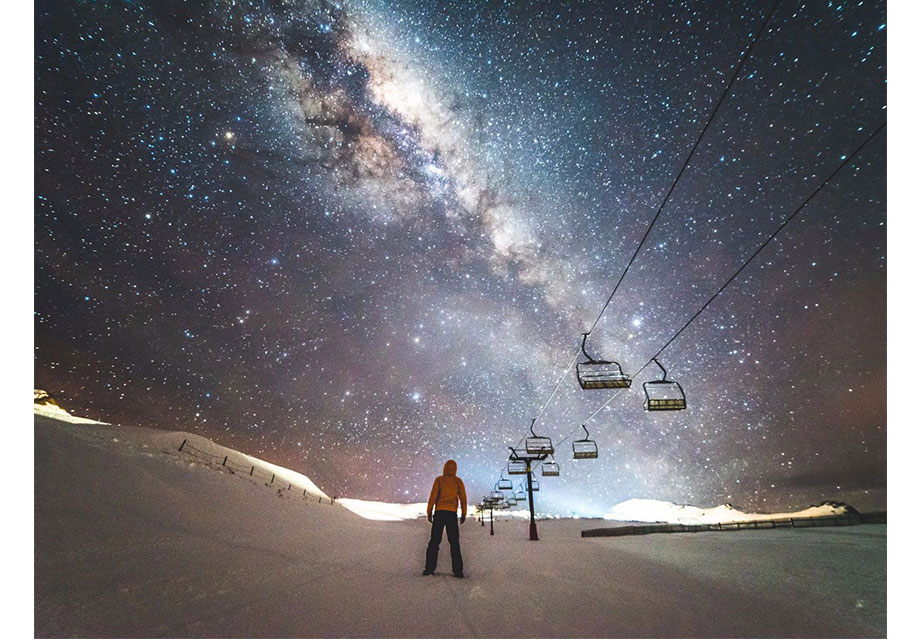 7 of 10
@lebackpacker
"It's actually in New Zealand that people can see the clearest skies at night, so one day I decided to drive up to Cardrona Alpine Resort, 30 minutes away from Wanaka. I explored the slopes by foot, observing the stars with the resort's chair lifts as a background - an extreme and memorable moment for sure." 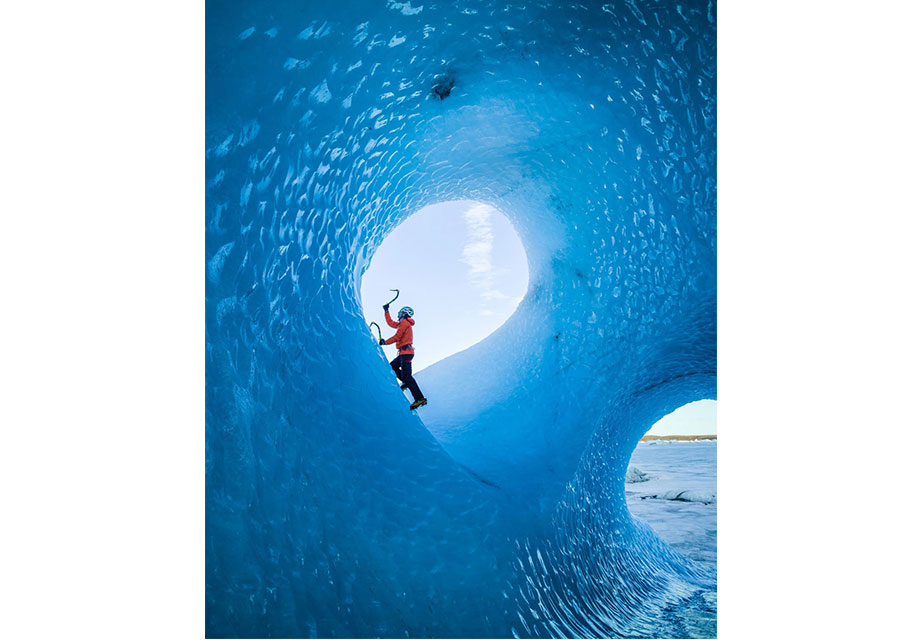 8 of 10
@timkemple
"This is a photo of my good friend Klemen Premrl climbing the inside of an iceberg in Iceland. Being that it was Iceland, it meant the conditions were constantly changing, but a moment of calm was enough for me to capture this shot of Klemen in action." 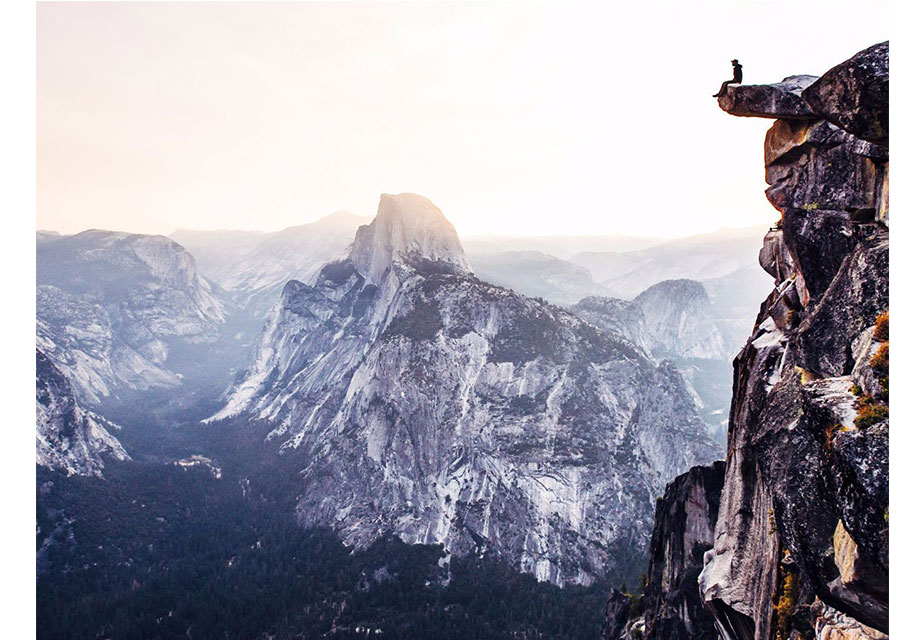 9 of 10
@andrewling
"This selfie was taken at 6 a.m. at Yosemite National Park. 'I left my camera down below on continuous self timer, as I sat there waiting for the sun to come up. I can't quite put into words what it felt like to look out over the valley from this spot, but it's a moment I'll remember forever." 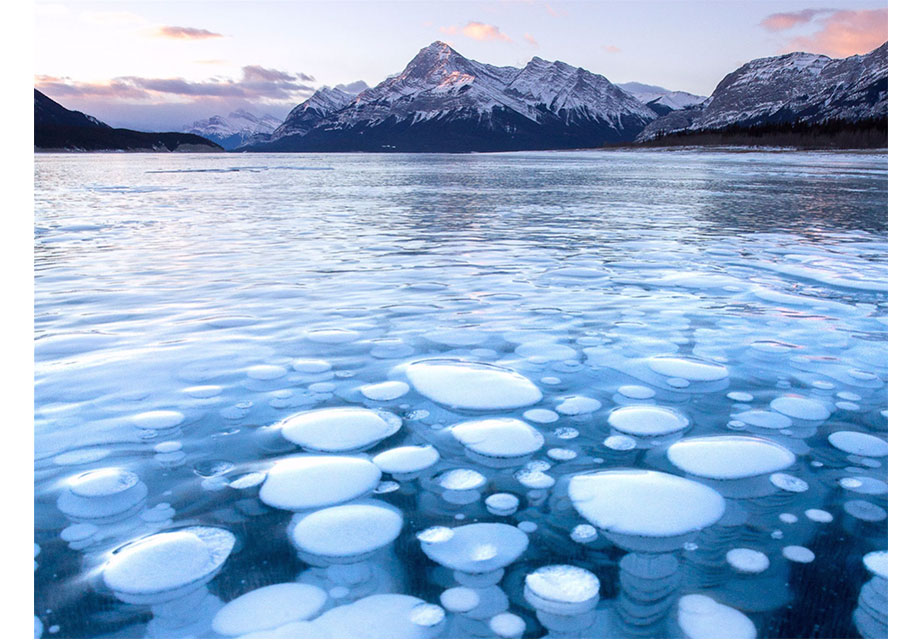 10 of 10
@calsnape
"This photo was taken at Alberta's Abraham Lake, where methane from decaying plant life rises to the surface and becomes trapped under ice, resulting in these bubbles. 'There's usually a seven-minute window every year to photograph them in the best conditions before snow or warm temperatures affect the lake. I've waited five years to photograph them in these conditions, trying and failing every year up until this year."