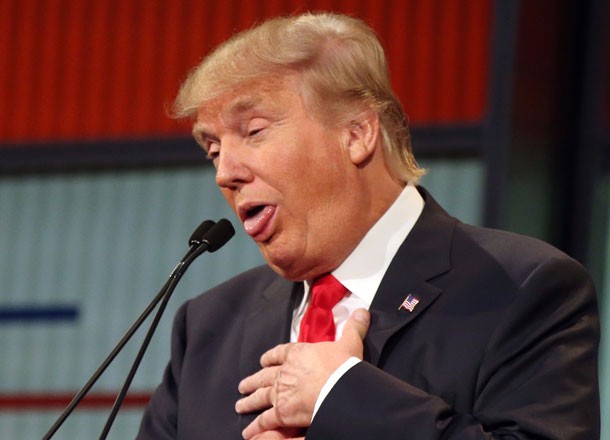 Old mate Donald Trump continues to lose friends in high places on his political warpath to presidency. The likes of George Clooney, Rosie O’Donnell, Michael Moore, Louise C.K., John Oliver, Jerry Seinfeld, Tracey Morgan, Robert De Niro and more have expressed their strong dislike for the candidate, and it would come as no surprise that current U.S. president Barack Obama wants no bar of the Trump either.

Now, it appears that tech giants Tim Cook and Elon Musk are the latest to jump on the Dump Trump bandwagon, having recently met with other billionaires and senior Republicans in secret to “stop [the] Republican front-runner.”

The Huffington Post have claimed that Tim Cook, Larry Page, Sean Parker and Elon Musk met on a private island off the coast of Georgia over the weekend to attend the American Enterprise Institute’s annual World Forum where they were joined by a host of senior Republicans. The main topic of conversation? Donald Trump, and how to stop him.

An email from Weekly Standard editor Bill Kristol regarding the gathering reported, “A specter was haunting the World Forum – the specter of Donald Trump. There was much unhappiness about his emergence, a good deal of talk, some of it insightful and thoughtful, about why he’s done so well, and many expressions of hope that he would be defeated…The key task now, to once again paraphrase Karl Marx, is less to understand Trump than to stop him.”

Trump may own an empire, but with a combined net worth of almost USD $14 billion, Tim Cook and Elon Musk has some serious pulling power to take down the dark forces of The Donald.