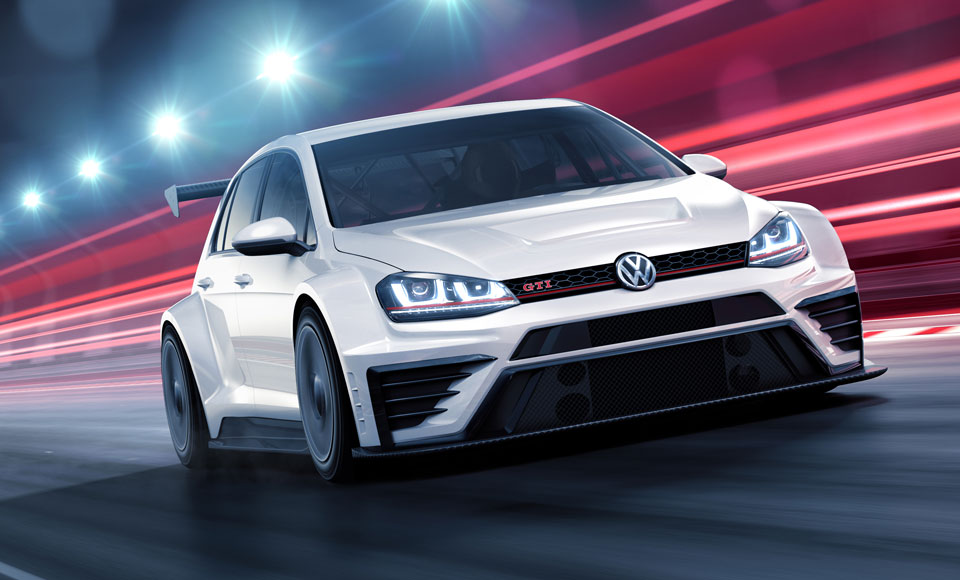 Volkswagen sure know how to throw a party. For their 40th anniversary the company has cooked up something called the Golf GTI TCR.

In short, it’s an FIA-approved race car derived from the civilian car normally used to pick up groceries. The car which is based on the Mark 7 model was developed by the racing boffins at Volkswagen Motorsport. the bad news? All 20 units allocated for the 2016 racing season have been sold.

Under the bonnet you’ll find the company’s 2.0-litre turbo-petrol engine from the normal car albeit with power boosted to 243kW with a torque of 410Nm. That’s enough to get the little hatchback with wings to 100km/h in 5.2s before reaching its max speed at 228km/h.

The gearbox has also been switched out from a six speed manual or dual clutch to a no-nonsense sequential box found in the SEAT Leon Cup racer. Moving outside the car receives massive 18-inch race wheels, a body that’s an insane 40cm wider than the stadard Golf and a giant carbon wing and front splitter.

Other tricks up its sleeves includes Macpherson struts, an adjustable anti-roll bars and a reinforced steel body for rigidity. Don’t expect an air-con either. The interior is completely stripped out.

Emissions targets? Forget about it.

If you’re keen to see how the car does on the track, the TCR International Series kicks off on April 1 in Bahrain just before the Formula One circus. 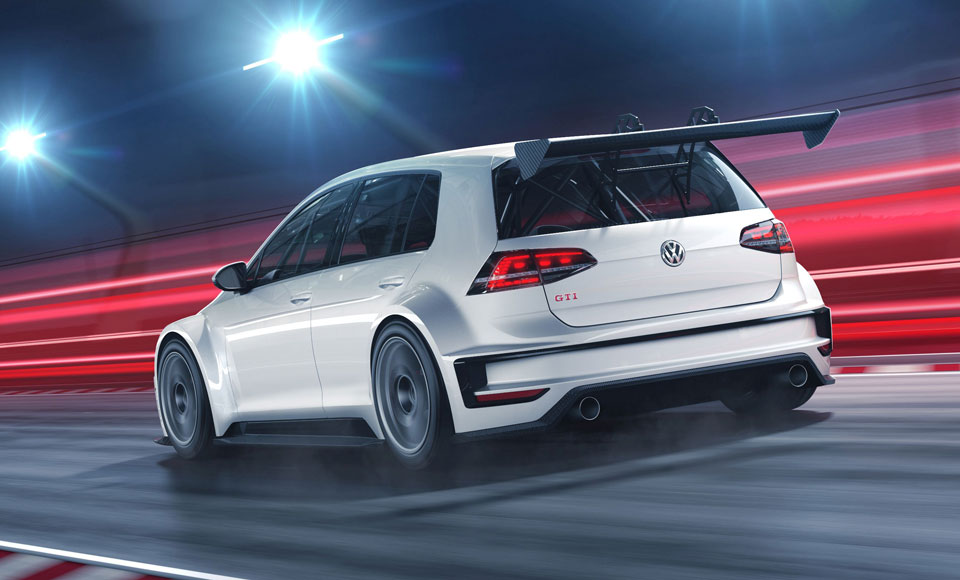 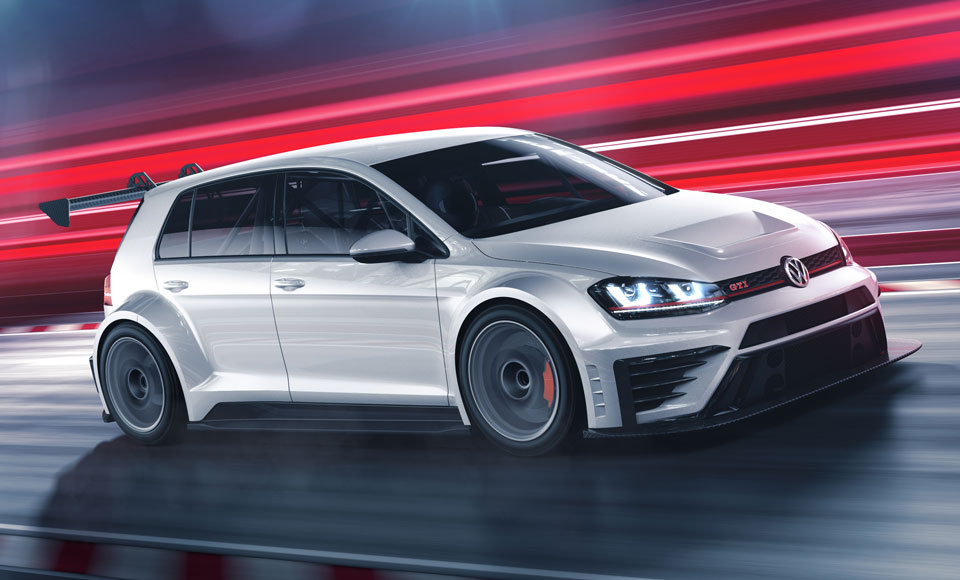