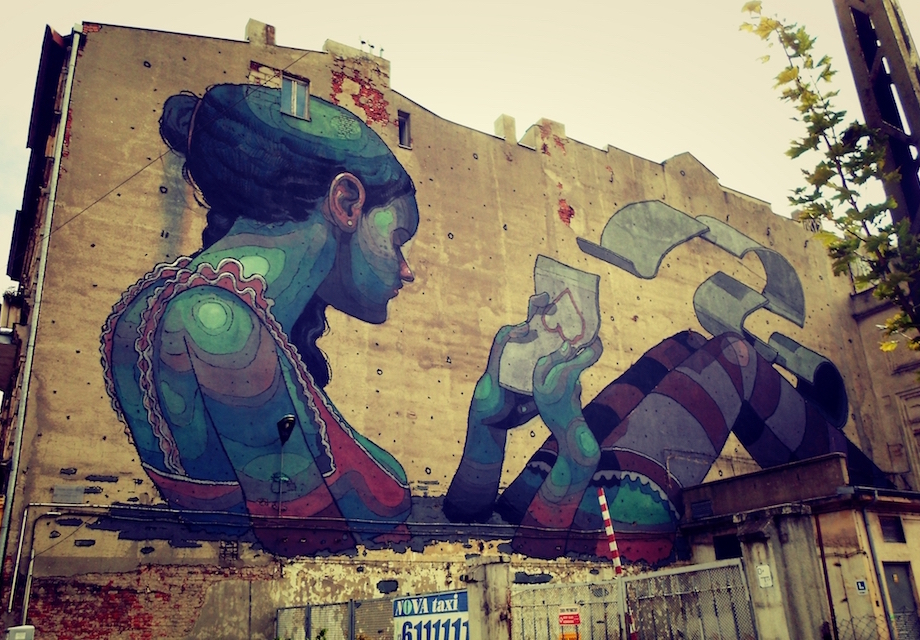 Europe is home to many of the world’s most celebrated art museums, but the continent’s coolest works can’t be found in any institution. Instead, clued-in culture vultures visit hidden alleys, decrepit buildings, abandoned warehouses, empty subway tunnels and other unlikely spaces to experience Europe’s best street art.

Graffiti and street artists make the world their canvas, transforming bland walls into imaginative creations that put the city’s soul on display. Although some of their pieces are now housed in galleries and sell for millions, the best place to seem them remains the street. If you’re jonesing for an injection of culture in its natural habitat, the cities below are among the best for spotting street art around Europe.

We begin with Bristol, the UK town where a budding Banksy got his start. Many of the anonymous artist’s best-known pieces first appeared here, and his popularity prompted a relaxation in local rules about vandalism. Today Bristol is home to UpFest, Europe’s largest street art and graffiti festival, and attracts artists from all over the world who want to add their visions to its walls.

With the fall of the Berlin Wall came an influx of artists to beautify the sad, drab communist portion of city. Berlin now possesses the largest concentration of street art in Europe, most famously at the East Side Gallery. The Gallery displays over 100 works by artists from all over the world, painted on the east side of the Berlin Wall. Berlin’s trendy Kreuzberg neighbourhood is also a prime place for street art spotting.

Barcelona’s relationship to street art hasn’t always been smooth, but the Spanish city has endured to become a top location for urban artwork. In the 90s, Barcelona was one of the earliest cities to welcome the work of street artists. Authorities attempted deter the movement with restrictive laws in 2006, but “free walls” sprang up around the city where artists could create without fear of repercussions.

You never have to wander far to find street art in Lisbon. The volume and variety is stunning, in part because the city makes an official effort to support urban art and cooperate with the artists. The CRONO Project, launched in 2010, encouraged local and international artists to transform Lisbon’s derelict buildings into masterpieces. The city’s street art scene has garnered global attention ever since.

The French capital may be known for the Louvre, but its art scene extends far beyond the walls of a museum. Paris was on the cutting-edge of the emergence of street art in the 60s, and has given birth to many of the genre’s biggest stars. Blek le Rat, Jef Aerosol, JR, and Invader are just a few of the artists who have put the city on the map.

Brussels’ most famous street art can be found on the Comic Strip Route, a path flanked by many large murals depicting motifs from popular Belgian comics. The project began in 1991 by initiative of the local authorities in collaboration with the Belgian Comic Strip Center. It now features more than 50 charming works illustrating scenes from The Adventures of Tintin, Lucky Luke, Gaston, and more.

A walk around Reykjavik reveals fresh works at every turn. Iceland’s capital has a thriving and constantly evolving street art scene, thanks to its relatively lax approach to graffiti. Although the laws have tightened in recent years, artists continue to ply their trade by asking permission to paint on property owners’ walls or accepting commissions from businesses.

“Roman art” isn’t limited to classical statues and ceilings by Michelangelo. A growing body of street and graffiti art has blossomed across the city, spurred on in part by renewal efforts from local cultural organisations. Many of Rome’s marginalised neighbourhoods have been given new life as a result of the murals that now decorate them. Pigneto is the epicenter of Rome’s alternative culture, garnering comparisons to Berlin’s Kreuzberg and Bushwick in Brooklyn.

Back to the UK we go, this time to the English capital. London has been a top canvas for urban doodlers since the early decades of street art. A number of Banksy’s iconic artworks can be found here, but he is far – far – from the only big name to display his prowess on London’s walls. Explore Shoreditch, Brixton, and Camden for some of the city’s most impressive pieces, as well as the famous Leake Street tunnel.

Once the centre of the European textile industry, Lodz is now home to some of Europe’s best street art. The hidden Polish gem began a cultural reinvigoration initiative in 2009. Since then, the Urban Forms Gallery has installed more than 20 large-scale paintings around the city, along with sculptures and other installations. The roster of works features a mix of homegrown talent and international names like Os Gemeos. Serious street art fans can’t miss this up-and-coming hotspot. 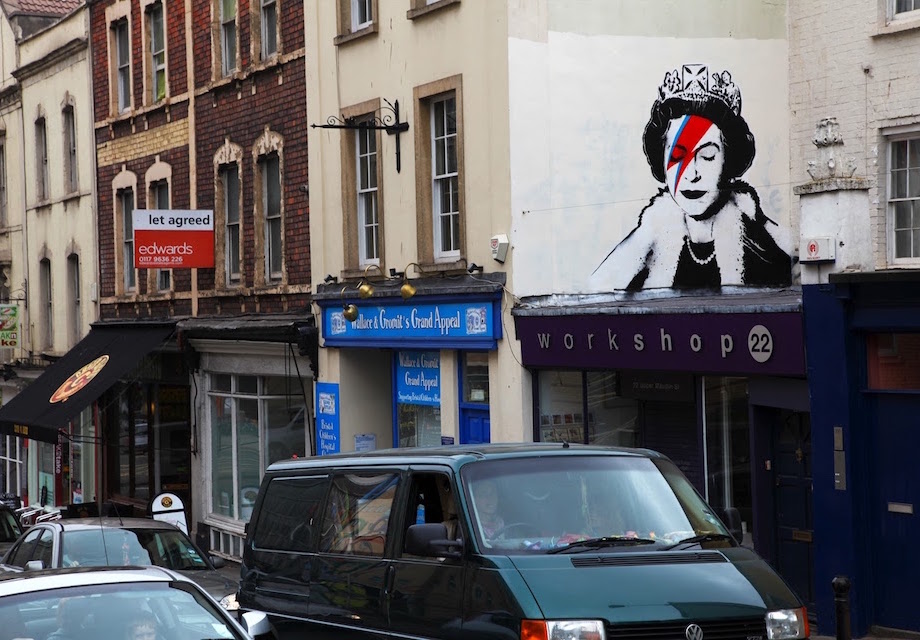 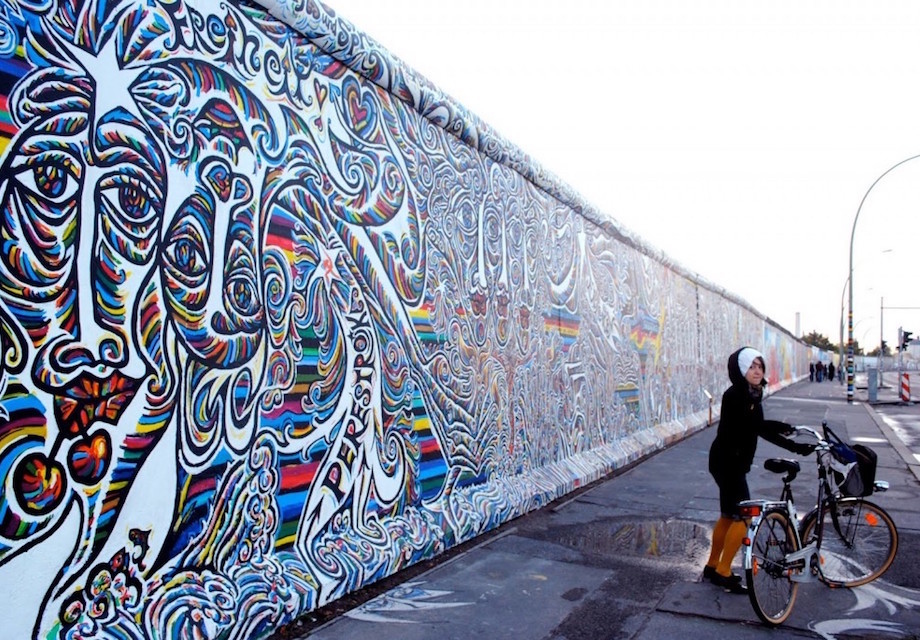 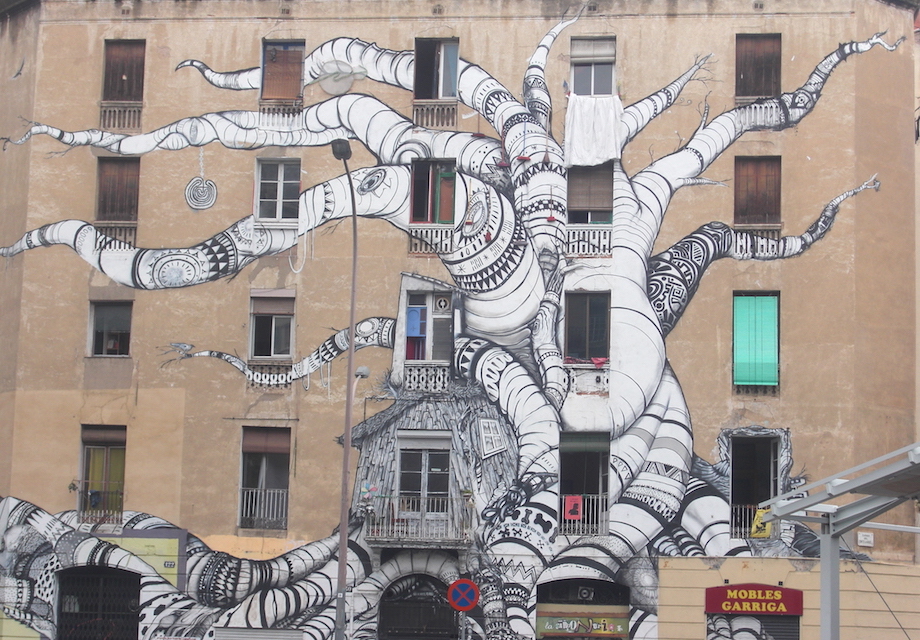 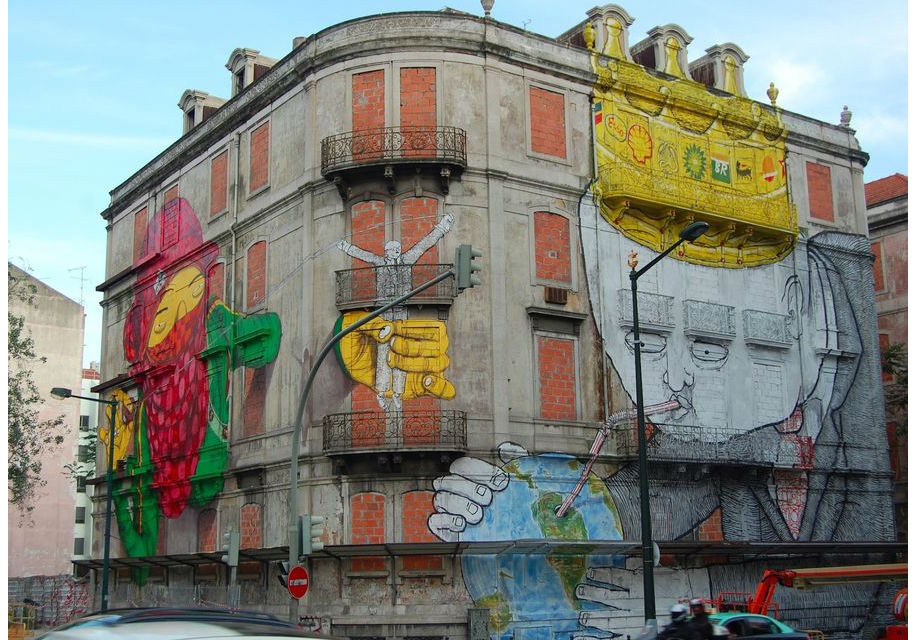 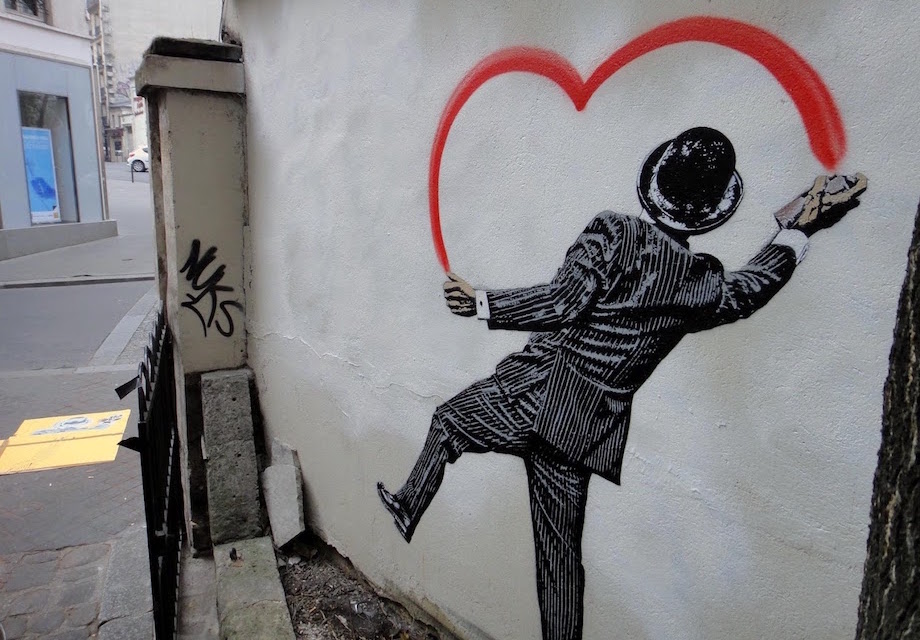 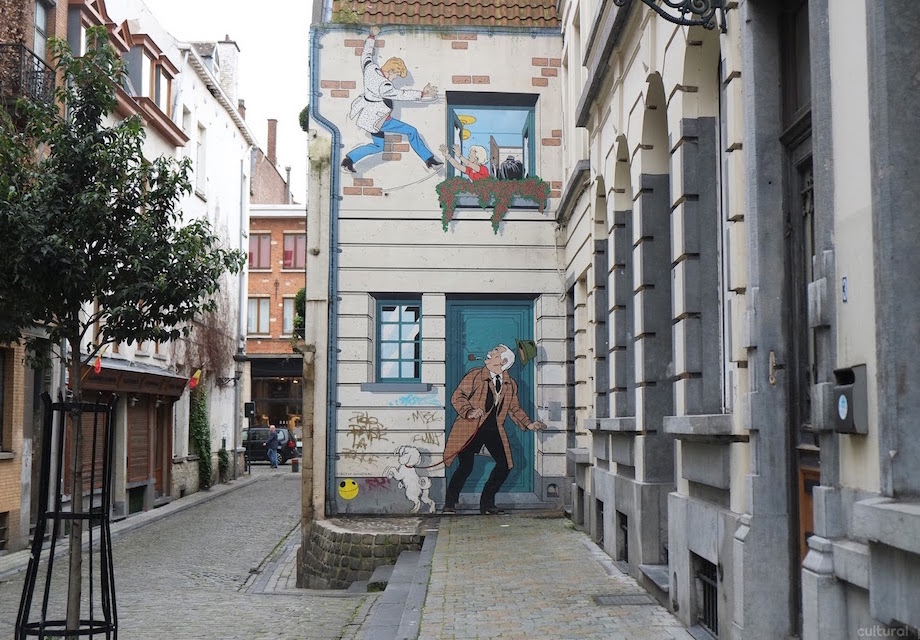 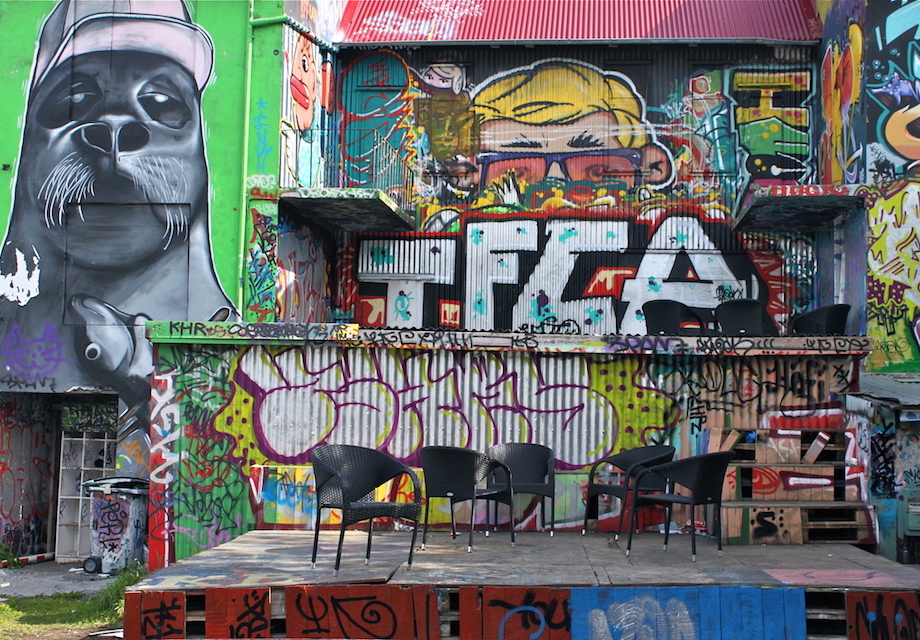 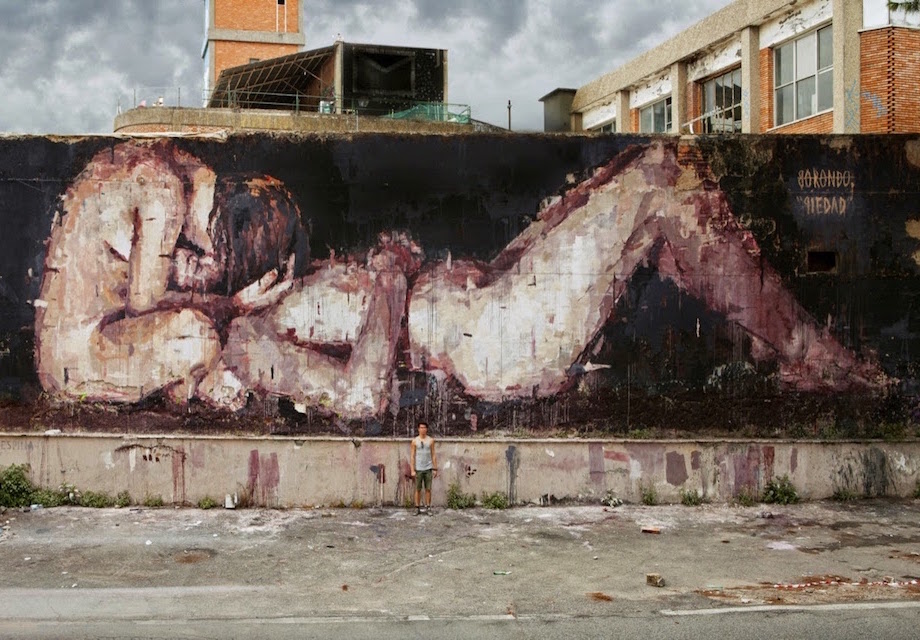 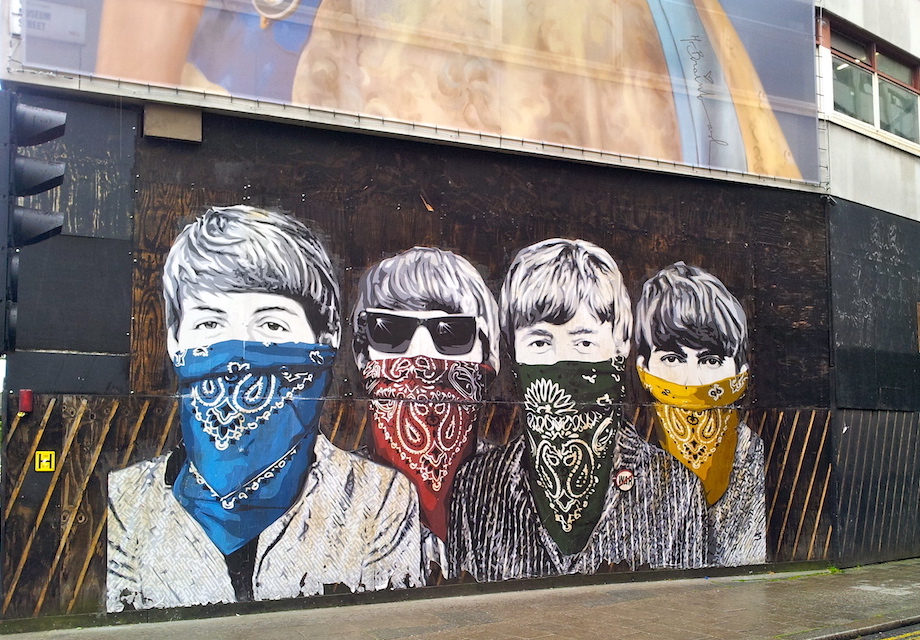