A Guide To ‘Ghosting’, The 21st-Century Dating Problem 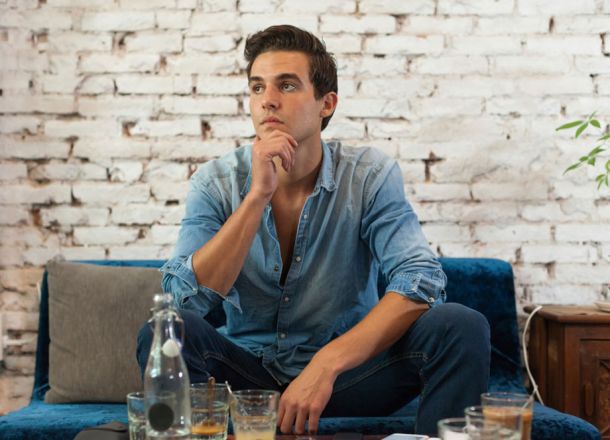 We’ve all been there. You meet someone, it’s all roses and sunshine, awkward sexy encounters, and heart-racing lust to rival your prepubescent 14-year-old self, then boom. Out of nowhere the rug is pulled out from underneath you and communication comes to an anticlimactic halt. You, my friend, have just been ‘ghosted’ – a 21st-century dating dilemma trending everywhere from Tinder to your mate Tony’s two-year relationship. But what does ‘ghosting’ actually mean?

Well, unlike most other internet fads, ‘ghosting’ is pretty self-explanatory. It’s the dating world’s vanishing act that according to The Huffington Post lies in “the paradoxes of our fast-paced digital dating culture” where “as quickly as you can connect with someone, you can disconnect.”

Whether it’s a string of unanswered text messages, or worse, being stood up, ‘ghosters’ are an all too common fixture of our detached dating world.

Totally ‘legit’ definition source, Urban Dictionary, explains ‘ghosting’ as “The act of suddenly ceasing all communication with someone the subject is dating, but no longer wishes to date. This is done in hopes that the ghostee will just “get the hint” and leave the subject alone, as opposed to the subject simply telling them he/she is no longer interested. Ghosting is not specific to a certain gender and is closely related to the subject’s maturity and communication skills.”

The website also states, “Many attempt to justify ghosting as a way to cease dating the ghostee without hurting their feelings, but it in fact proves the subject is thinking more of themselves, as ghosting often creates more confusion for the ghostee than if the subject kindly stated how he/she feels.”

But ‘ghosting’ doesn’t stop there. The Guardian recently coined the term ‘zombie-ing’ which involves a ghost ‘returning from the dead’ weeks later, possibly via WhatsApp or perhaps another social media platform that requires little to no emotional responsibility or commitment.

Then the website goes on to get a little out of hand with other ridiculous millennial dating buzzwords like ‘Frankensteining’ (The controlling partner who is trying to turn you into something you’re not) and ‘Loch Ness Monstering’ (Hankering after someone who doesn’t really exist.)

Sure, there’s often a natural progression when both dating partners probably aren’t quite right for each other, the texting peters off and a once budding romance fizzles out, but ‘ghosting’ is much more of a statement.

One dating hopeful’s story from Thought Catalog of taking part in ‘ghosting’, then falling victim to a ‘ghoster’ is a harsh reminder that it takes two to tango, and in today’s out-for-yourself dating world, you never know when you’re going to be next.

While she acknowledges that today’s dating game is a vicious cycle that has taken any semblance of human emotion almost entirely out of the picture, “I’d like to think that as much as we all lie, deceive and discontinue, what we want deep down is still to tell the truth. That we want to believe each other. To trust each other. To be honest with each other, even when it’s painful and uncomfortable.”

Hear, hear – and if you are a victim of ‘ghosting’, or you’re a ‘ghoster’ yourself, stop your right-swiping for a moment, put yourself in someone else’s shoes and either have a little heart or expect nothing in return.