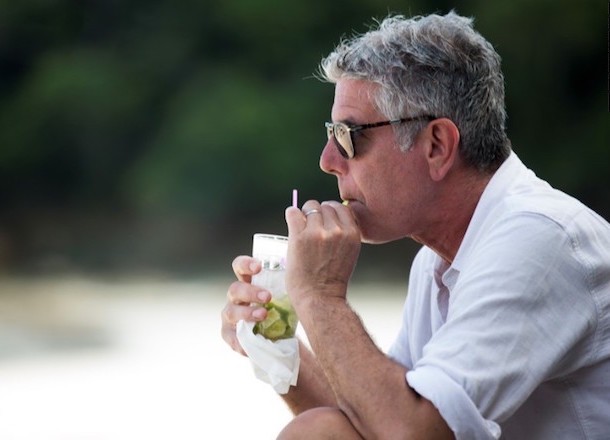 Anthony Bourdain has seen a lot, eaten a lot, drank a lot, and lived to tell the tale. In other words, he is uniquely qualified to tell you what is and isn’t worthy of touching your tongue. The chef and author recently sat down with Barron’s to discuss his most notable drinking experiences and reveal the drink he considers the most perfect cocktail ever made. Hint: it’s named after a count.

A palate as refined as Bourdain’s is bound to have obscure tastes. He lists bootleg Sake from Japan and palm wine from Africa as two of his most unusual and memorable tipples. As far as more readily available options go, he says he finds himself moving away from “predictably awesome wines” as he gets older. Instead he prefers to sip “a serviceable wine that tastes of the region” and is produced locally.

Last but not least, Bourdain sings the praises of what he dares to call “a perfect drink”: the Negroni. “It’s three liquors that I’m not particularly interested in,” he says. “But put them together with a slice of orange… it works.” That is, if you can make it past the first challenging sip. Bottoms up.