A Ferrari Theme Park Is Coming To North America 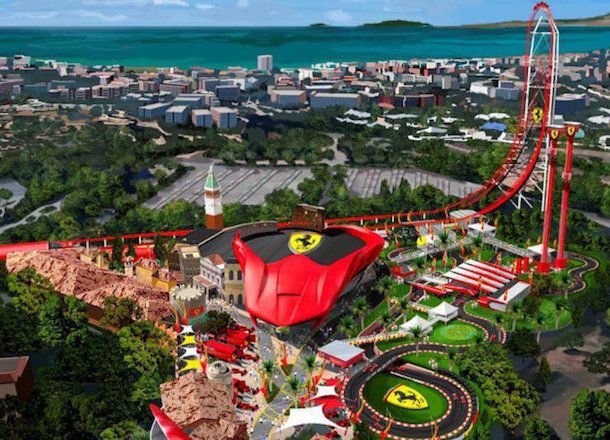 A day at a theme park: fun. Driving a Ferrari: also fun. A day at a Ferrari theme park: priceless. According to Bloomberg, the exotic automaker has plans to build exactly that somewhere in North America.

This isn’t Ferrari’s first foray into the wold of amusement parks. The inaugural Ferrari World opened on Abu Dhabi’s Yas Island in 2010. A second Ferrari theme park is under construction in Spain, and a third “to be located in one of the primary cities in mainland China” is in the works. The prospective North American location would be Ferrari’s fourth, though so far details on potential sites are shrouded in mystery.

What will visitors have to look forward to? If it’s anything like the Abu Dhabi edition, expect record-breaking roller coasters, go-karts, virtual test tracks, exhibitions, performances, and a whole lot of red. The original was voted the Middle East’s leading tourist attraction in 2015 by the World Travel Awards, so the bar is set high for Ferrari World’s North American venture.