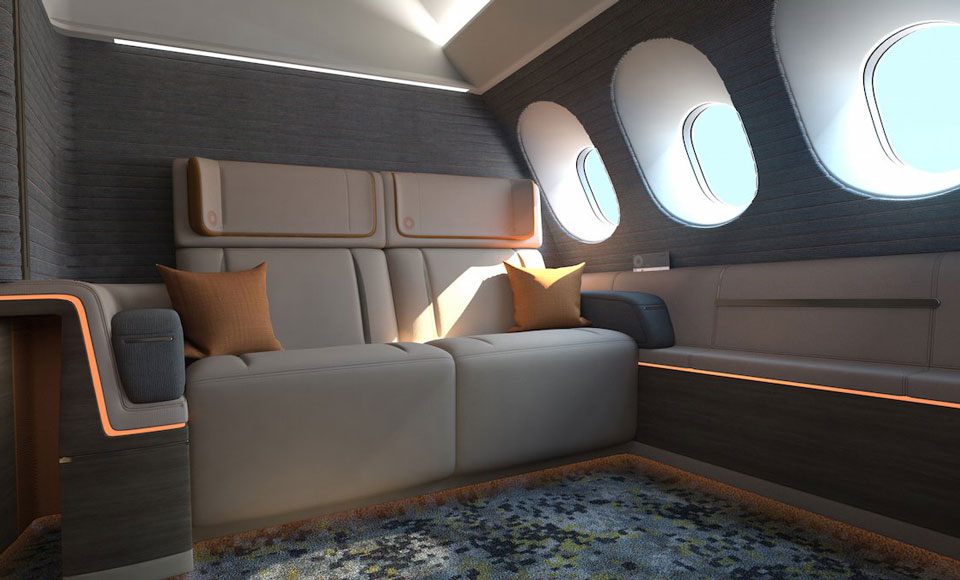 The battle for the best in luxury airline cabin space could soon see a major overhaul according to design and innovation consultancy, Seymourpowell.

The company recently outlined what it believes will be the future of first class travel in a project called First Spaces. The prediction sees the conventional First Class amenities being traded up for a more up-market hotel suite design including a king size bed, extensive window views and advanced multimedia features.

It’s not just conceptual too with Seymourpowell finding that this particular style of luxury cabin could become commonplace as the rise in demand for premium flight services increases. From the data they’ve retrieved, new insights show that there is a definite market for high-end services which focus on passenger privacy, contemporary luxury and technology.

Looking at the specifics, the cabins feature seats that convert into full lay-flat beds, extensive storage space for luggage, a deployable side table and a premium multimedia interface with internet. Everything in the cabin is controlled via a tablet including the lighting, room service and a TV which elevates from the side of a room.

Jeremy White who is the Head of Transport at Seymourpowellsaid in a statement that, “we’ve long been considering ways to create aircraft interiors that can adapt more to suit the needs of passengers and add flexibility to the business models of airlines.”

“We’ve previously developed ‘Morph,’ an economy class seat that allows passengers to buy more or less space depending on their needs, and ‘Flex,’ a configurable business seat that allows airlines to optimise the cabin layout for passengers. With ‘First Spaces’ we’re excited to have extended this thinking into first class section of an A380.”

No news yet on whether any major airlines have bought into the idea, but we’ll keep you posted on any developments. For now you get a concept video. 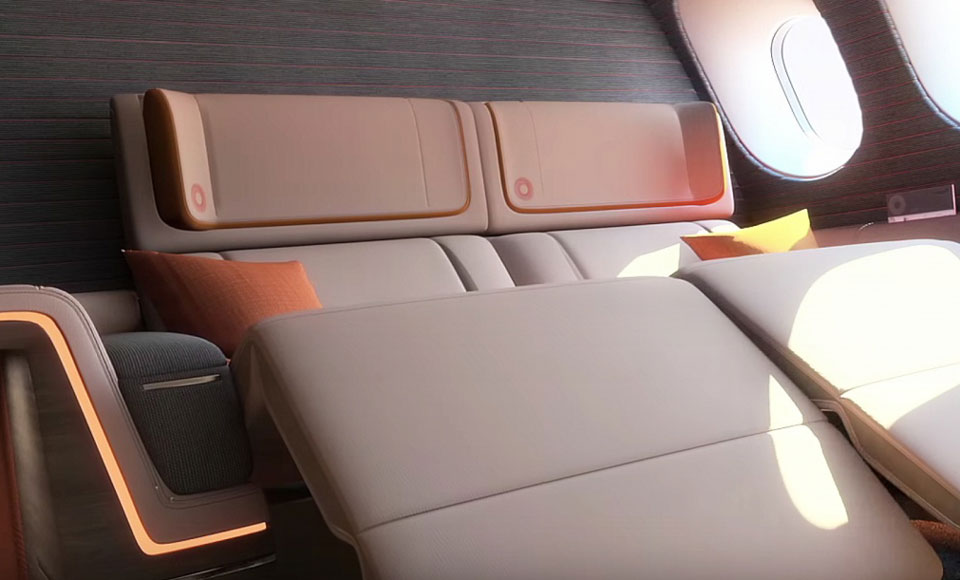 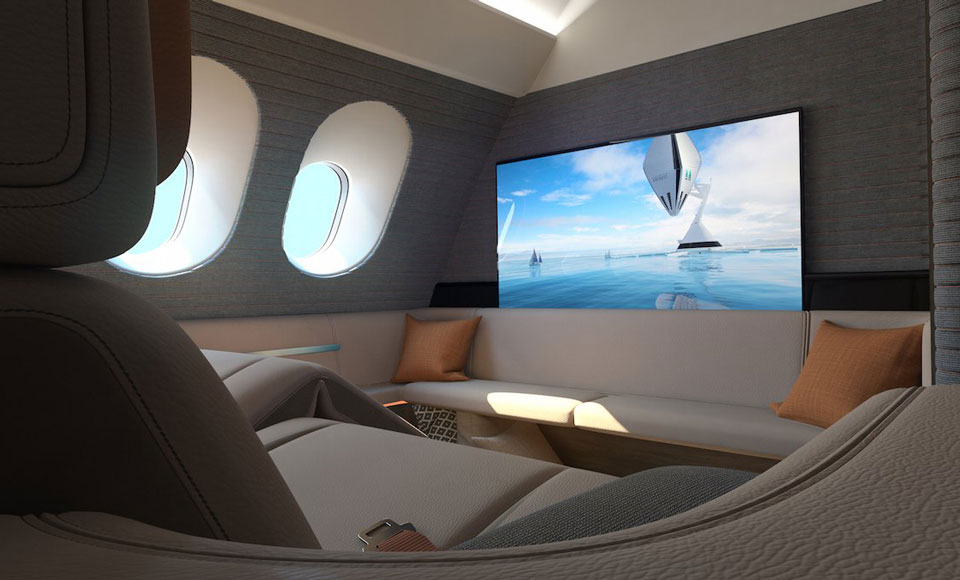 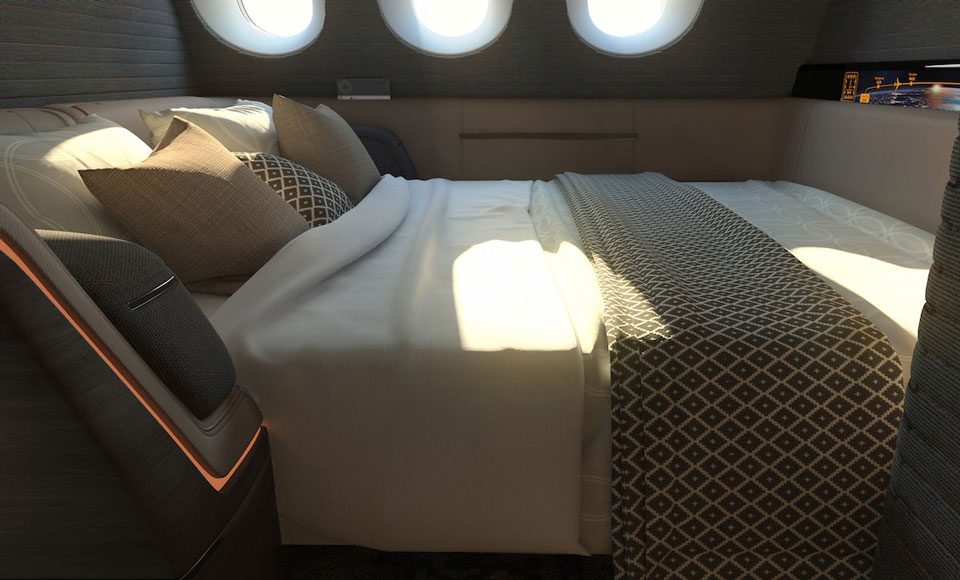 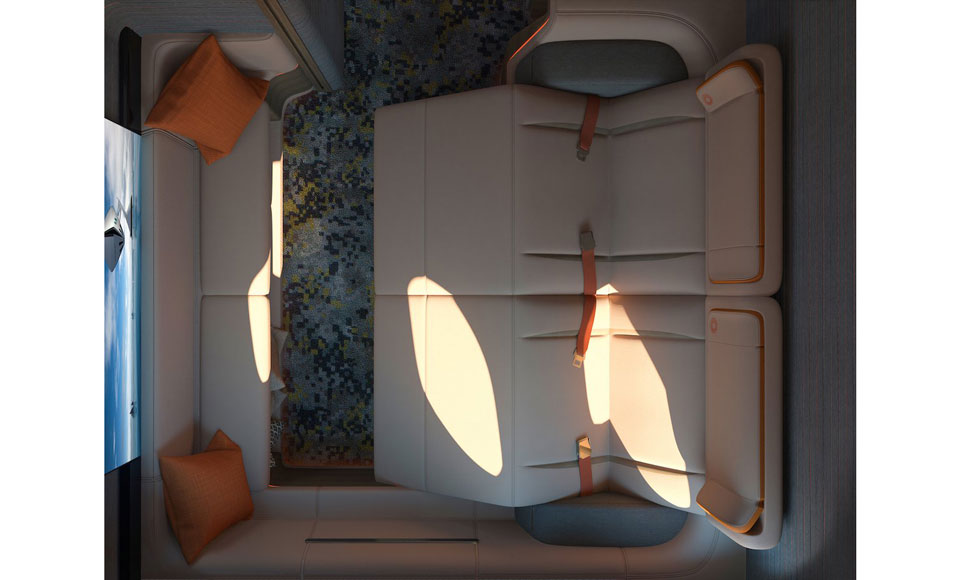 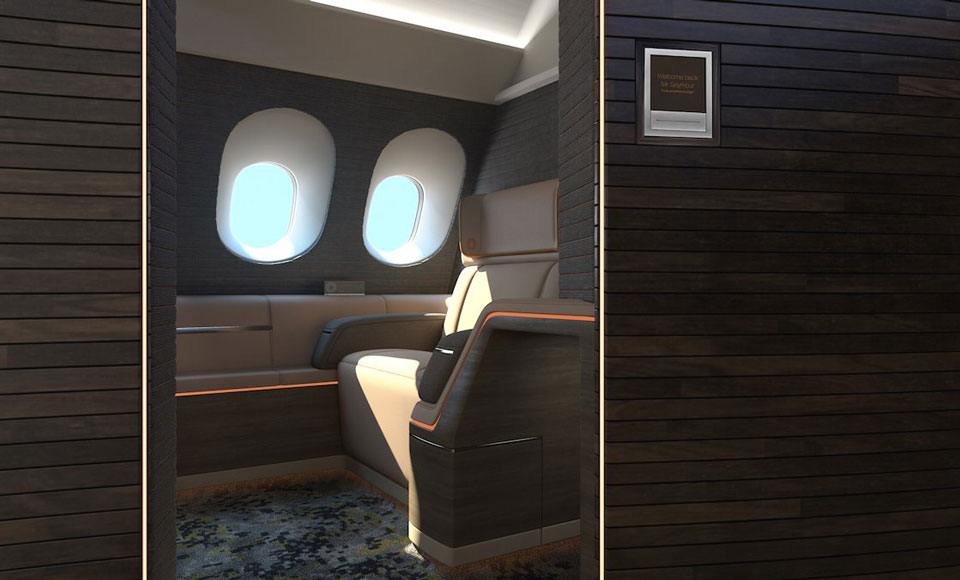 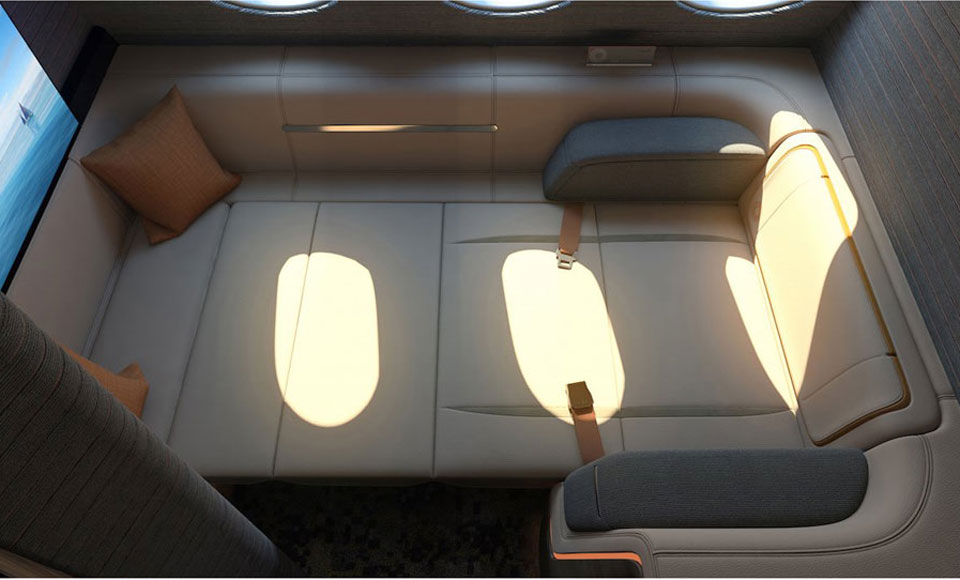 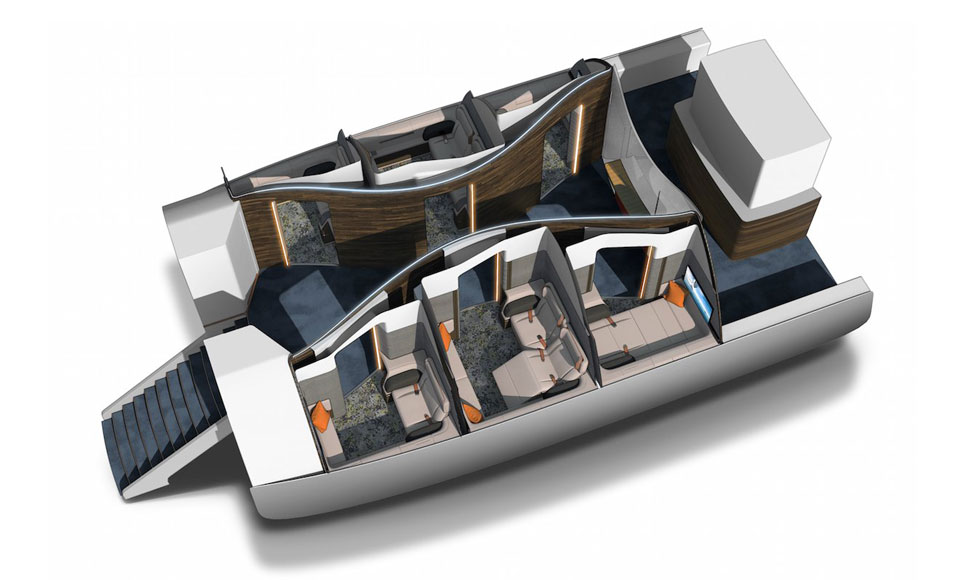