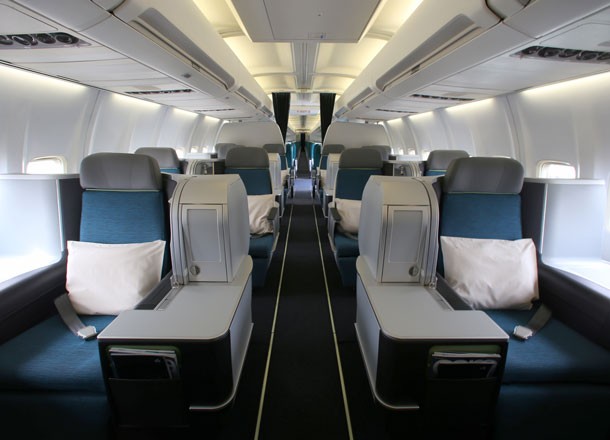 Is there anything worse than being shoved into the nosebleed section of a flight because you’ve been too disorganised to sort a decent seat out? We think not. That’s why it comes as welcome news that Irish airline Aer Lingus has teamed up with Google Street View so you can pick your seat prior to boarding with a 360-degree look inside the plane.

Google Street View means you can get an inside view of Aer Lingus’ new Boeing 757 Business Class cabin and suss out your desired seat before committing to what could be the long haul from hell.

Google has gone further than the inside of a plane with their Street View platform. In fact, instead of just directing you to the bar on a drunken night out, the function now lets users explore world landmarks, discover natural wonders, and step inside locations like museums, arenas, restaurants and small businesses with 360-degree images.