While Utah’s bill does not ban pornography, it calls for greater “efforts to prevent pornography exposure and addiction”. The bill says pornography is “contributing to the hyper-sexualisation of teens, and even prepubescent children, in our society.” According to Governor Herbert, the move is to “protect our families and our young people” from what the bill calls an ‘epidemic’. It doesn’t, however, suggest how changes should be implemented.

The bill was supported by an anti-porn campaign group ‘Fight the New Drug’, whose founders are all members of the conservative Church of Jesus Christ of Latter-day Saints, or the Mormon Church. 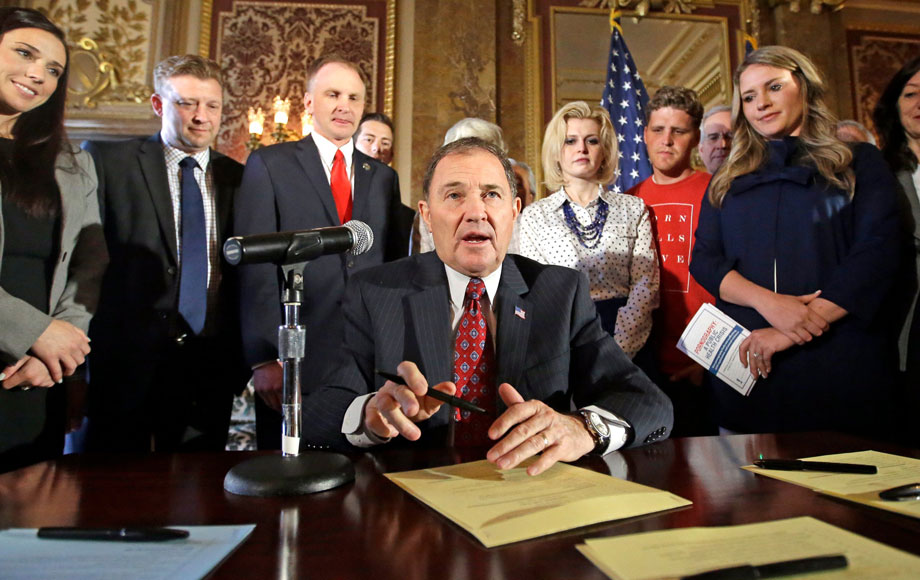