Samsung Is Working On Contact Lenses With A Built-In Camera 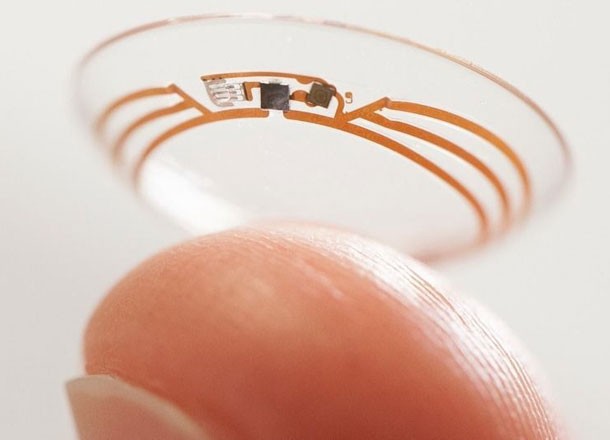 Just when you thought the camera on your phone had come a long way since that chunky digital thing you carried around in a case on family holidays, Samsung has taken our understanding of taking photos to a new level, patenting technology for contact lenses that feature a built-in camera.

The multinational electronics giant has been granted a patent in South Korea that allows for contact lenses with a display that project images directly into the wearer’s eyes, according to SamMobile. The built-in camera and sensor element of the lenses are controlled by, you guessed it, blinking.

The lenses will also feature embedded antennas that can beam content to an external smartphone-like device for processing. The reason? It’s Samsung’s aim to improve on the augmented reality experiences that already exist in products like Google Glass. In fact, there was a feature in Google Glass that allowed users to take a picture with just a wink, although Samsung’s contact lenses concept sounds far less clunky.

Apparently, Google already own two patents for ‘smart contact lenses’ with flexible electronics and sensors that read chemicals in the tear fluid of the wearer’s eyes to determine if their blood sugar levels have fallen to fatal levels and interestingly, the same year Google was granted these patents, Samsung applied for them. The augmented reality tech war continues…watch this space.