Study Finds That Genes Influence When You Lose Your Virginity 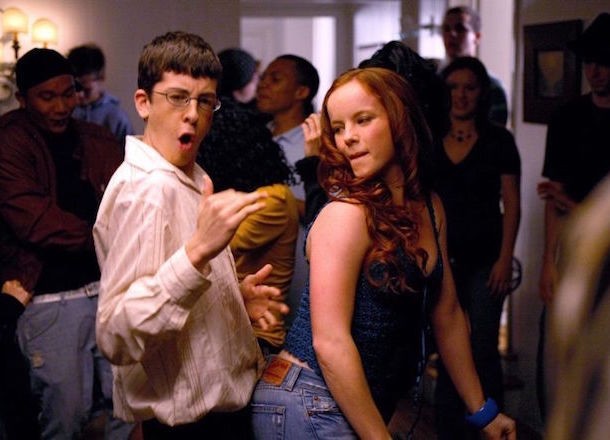 Watch any movie about teenage angst and you’ll see the same story again and again: losing your virginity is complicated. Almost anything could make it go wrong or right, from your looks, to your clothes, to your popularity, to peer pressure, to parents, to trying to score a bottle of Goldslick Vodka for your sweetheart. On top of all that, new research from Cambridge University suggests there’s yet another factor at play.

The study, published in the journal Nature Genetics, examined the genes of more than 125,000 men and women and found that genetics may play a large role in determining the age at which you ditch your v-card. Scientists identified 38 sections of DNA that drive the release of sex hormones and influence things like personality, appearance, behaviour, and the start of puberty.

Individuals with one of the genetic variations, CADM2, were more likely to have sex earlier in life, take more risks, and have a large number of kids. On the flip side, those with the MRSA variation tended to have sex for the first time when they were older and have irritable personalities (though there’s no evidence the two are connected). Overall, the most common age for men and women to lose their virginity was 18.

But take note: this is not an excuse to blame your youthful shenanigans (or lack thereof) on your DNA. The study found that genes sway up to 25 percent of your decision to park the pink Porsche down a side alley. The rest is determined by factors like religion, family history, and personal beliefs.