Electric Heaven On Steroids: Behind The Wheel Of The Tesla Model S P90D 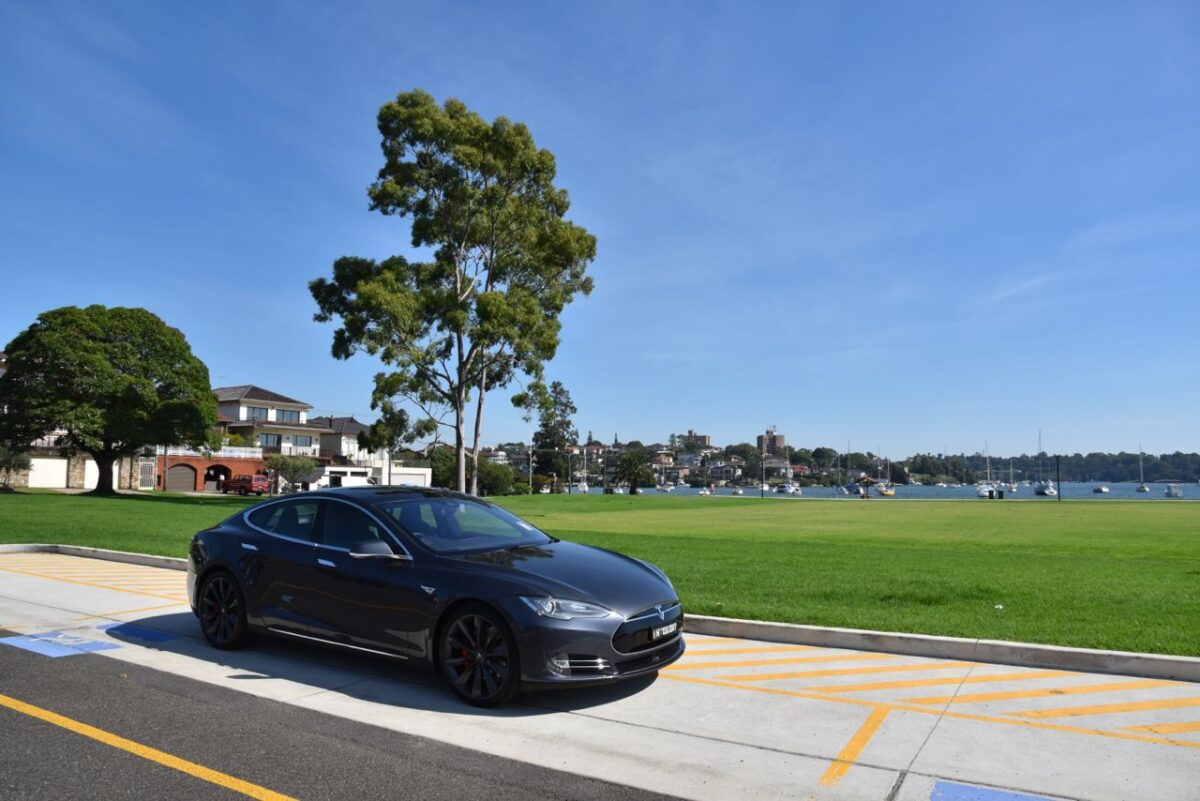 A wolf in electric sheep’s clothing. That’s one way to describe the world’s fastest electric car of the moment, the Tesla Model S P90D.

As the brainchild of Elon Musk‘s wild electric dream, the American car manufacturer’s hero model simply cannot be read about or experienced via Youtube. So we jumped the behind the wheel of one to find out for ourselves.

The introduction to the car was swift and sweet at the dealership. It went something like: “Have you driven a Tesla before?”: Yes. “This one has ‘Ludicrous Mode’.” Awesome. “There’s also Spotify, streaming updates auto parking and auto pilot.”: Very Awesome. And away we were.

The next few days would become one the most pleasant, digitally interactive and exhilarating drives of our lives. This is what future of transport looks like, if that future involved family electric saloons on steroids.

The Tesla Model S P90D is a truly unique driving experience every man needs to experience in their lifetime. It is only comparable to other electric or hybrid cars on the market due to its battery-powered DNA and whisper quiet operation. Beyond this the Tesla is an entirely different beast from 0 km/h and 0 rpm.

Taking the car on the streets showed us that it could blend in with traffic without garnering attention like a supercar would. This is attributed to the conservative styling of the vehicle which is a requisite for optimum aerodynamics to achieve the car’s impressive mileage figures (note the lack of front air grille and retractable door handles). For those who do know what a Tesla is capable of, they’ll be your eyeballs staring for hours.

On our urban drive, we managed 496km from a full charge which was more than enough to get us around town with a bit of fun without paying a single dollar for electricity. Before we get into the performance side, the ride comfort of the Tesla must be duly commended. In under the radar mode, the car glides over Sydney’s dodgy road surfaces with ease whilst road noise is amazingly kept to a minimal even for a car that makes no noise. Actually, it does make a noise. It sounds like a spaceship perennially in cruise mode.

Mash the pedal and the P90D lives up to its much hyped ‘Ludicrous’ mode. It’s basically a setting in the car that delivers maximum battery power to the dual electric motors powering each wheel. The result is a car that seemingly accelerates in 10km/h intervals to get you from 0-100km/h in a devastating 3.0 seconds flat. Need we remind you, this is a five door saloon fit for the entire family and their luggage. The eye-watering stats simply speak for themselves.

A whopping 568kW and 967Nm of torque from 0rpm is split between the front electric motor (193kW) and rear motor (375kW) to deliver proper AWD traction. These kind of numbers mean that people driving the P90D have beaten Lamborghinis on the drag strip with the only downfall being an electric motor top speed of 250km/h. Not really an issue if you live in Australia.

On our particular drive, passengers were scared witless when Ludicrous mode was engaged, and this was staying well within Sydney’s speed limits. The sensation of a silent car pinning you back to your seat is exhilarating, unpredictable and after a few goes, wildly addictive. Hence a fore warning for the need to be careful when driving the car on highways where the speed limit can easily creep up on you in a matter of seconds. Not bad for a fully loaded luxury car that weighs 2,127kg.

Tesla’s free Superchargers are currently making their way across Australia’s major motorways, making it even more lucrative for potential buyers. If this is not an option, the home powerpoint will also do fine. Our garage powerpoint got us about 100km with an overnight charge.

The interior of the Model S P90D is another star feature of this futuristic ride. Slotting into the driver’s seat for the first time will garner questions like “Where’s the centre console?”, “Where’s the buttons?” and “That’s one hell of a big screen.”

The car’s space-aged design lends itself to this free-flowing setup and it’s both revolutionary and refreshing. Leather, carbon and Alcantara wraps most surfaces of the car but it’s the interior space that will really attract the family man. Much like any four door family saloon, the P90D sports more than enough space for a family of five and their weekend luggage. That’s because the boffins at Tesla have replaced the petrol engine with more boot space, leaving the smaller electric motors to sit along the wheel axles. A very innovative move which got our brownie points.

The massive central screen is essentially the car’s brain and controls everything with iPhone-like dexterity. And just like an iPhone, learning how to live and drive the Tesla is easy. Updates on car features are “downloaded” to the car and once reset, you may have things like auto-pilot installed. It’s a crazy way to do things but this is the future and Tesla is not a traditional car maker.

If safety is a concern, you’ll also be glad to know that Tesla’s full panoramic moon roof is reinforced with chunky roll bars in the mid-rear quarter section. Besides the conservative interior colour of grey we received, there really wasn’t much to pick on for the Tesla. This is an easy fix when buyers of a $215,937 car have the option to choose an array of customisable interior trims at the dealership.

A blisteringly fast gadget on wheels from a company with no car manufacturing heritage can be a good thing. This is because it can lend itself to free form design and advanced technology that other manufacturers dare not go near. The Tesla for this reason makes it on our list as one of the most original and best cars we’ve ever driven. It owns the roads like any luxury saloon without being audacious. Come time for it to show its true prowess in a sea of supercars, the vehicle simply decimates anything in its price range with deadly silence.

If this is what the future of motoring looks like then we’re definitely excited to see more from the mad scientists at Tesla. 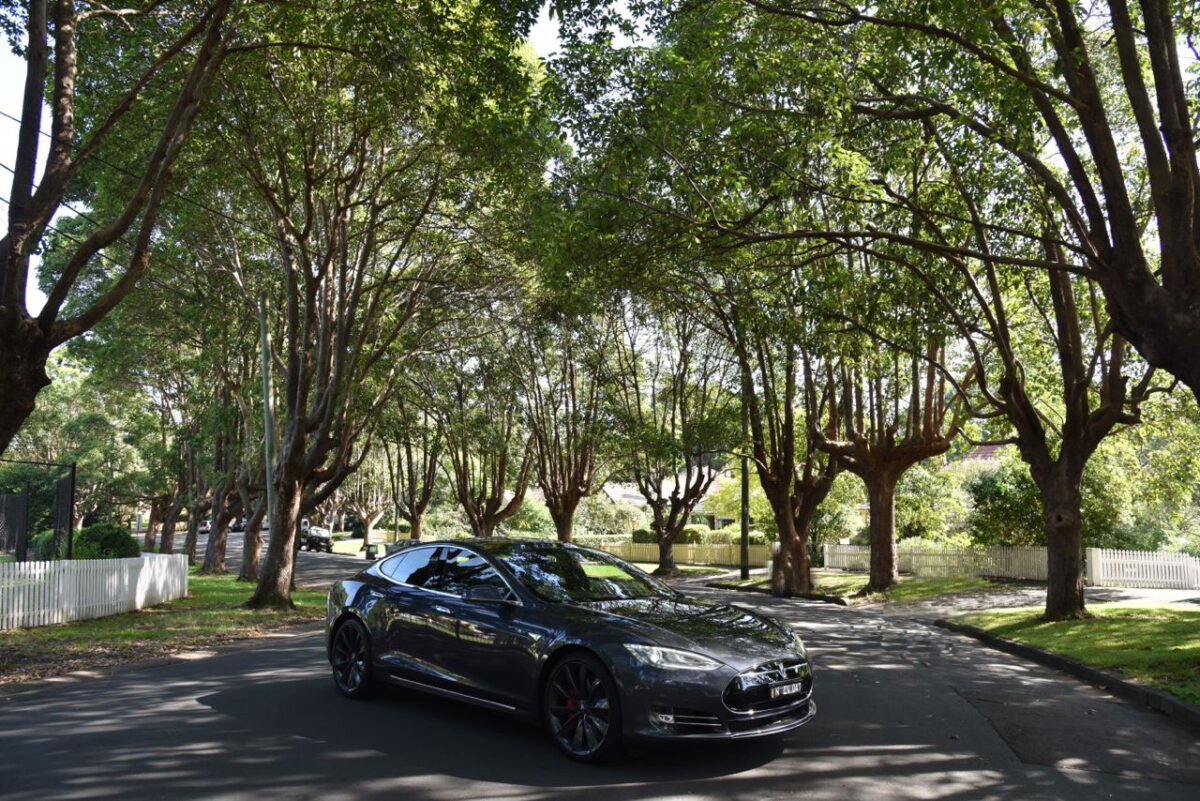 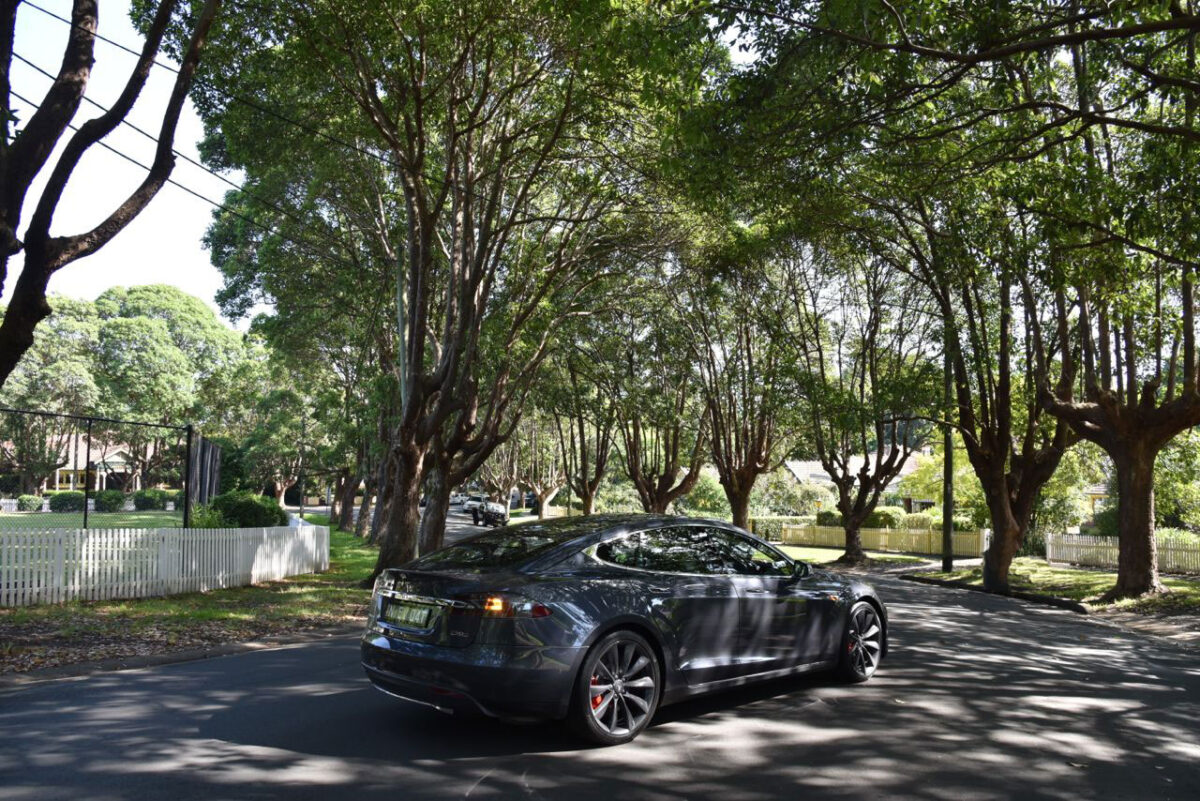 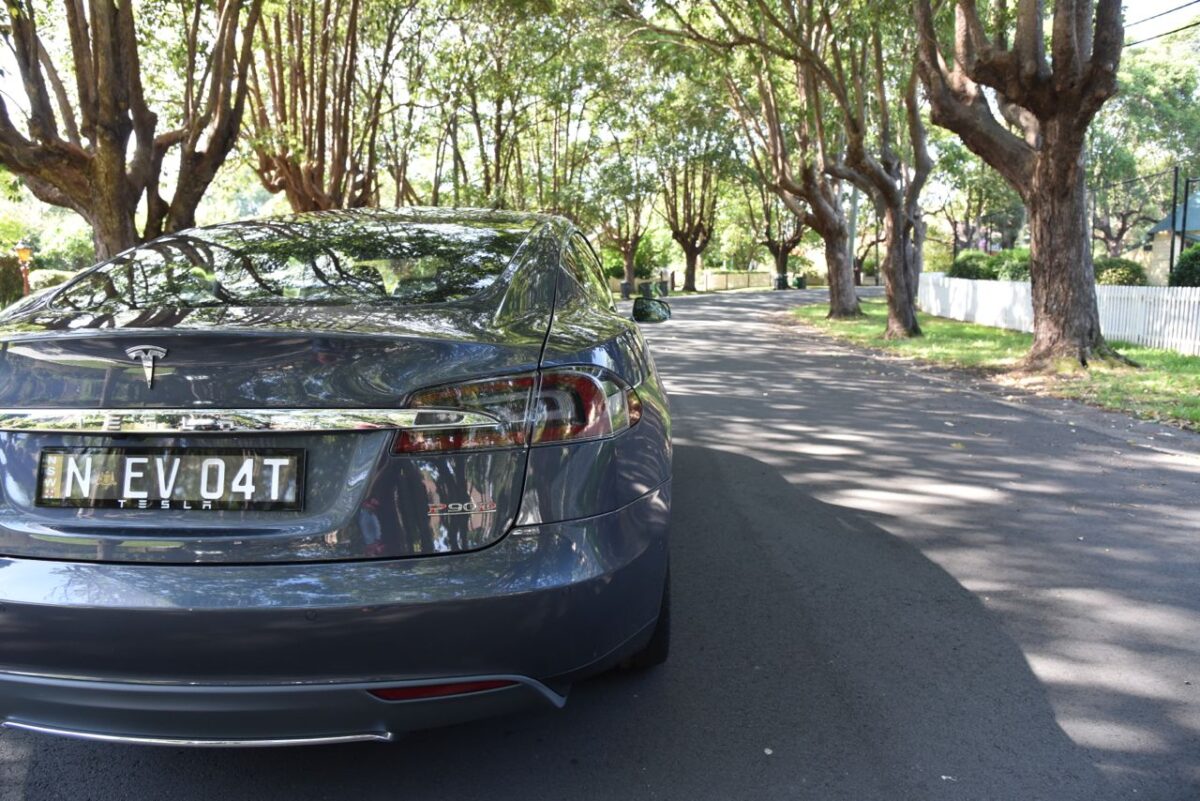 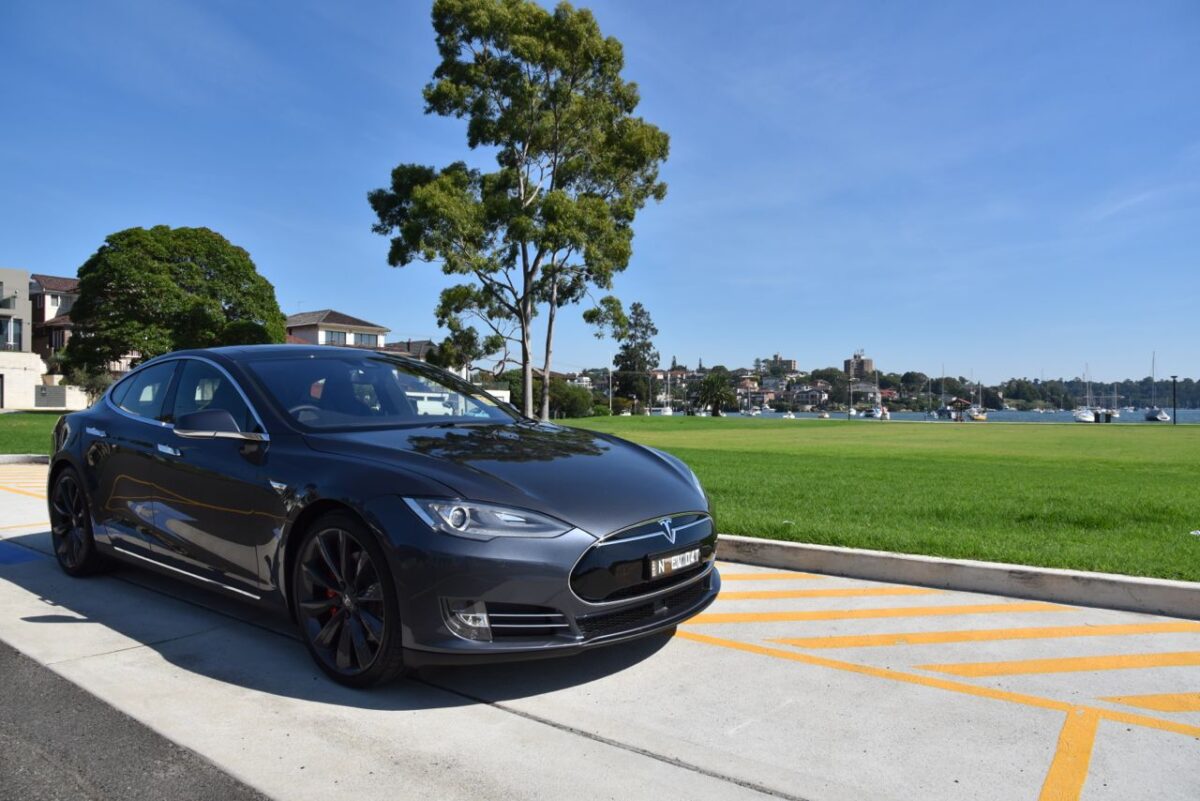 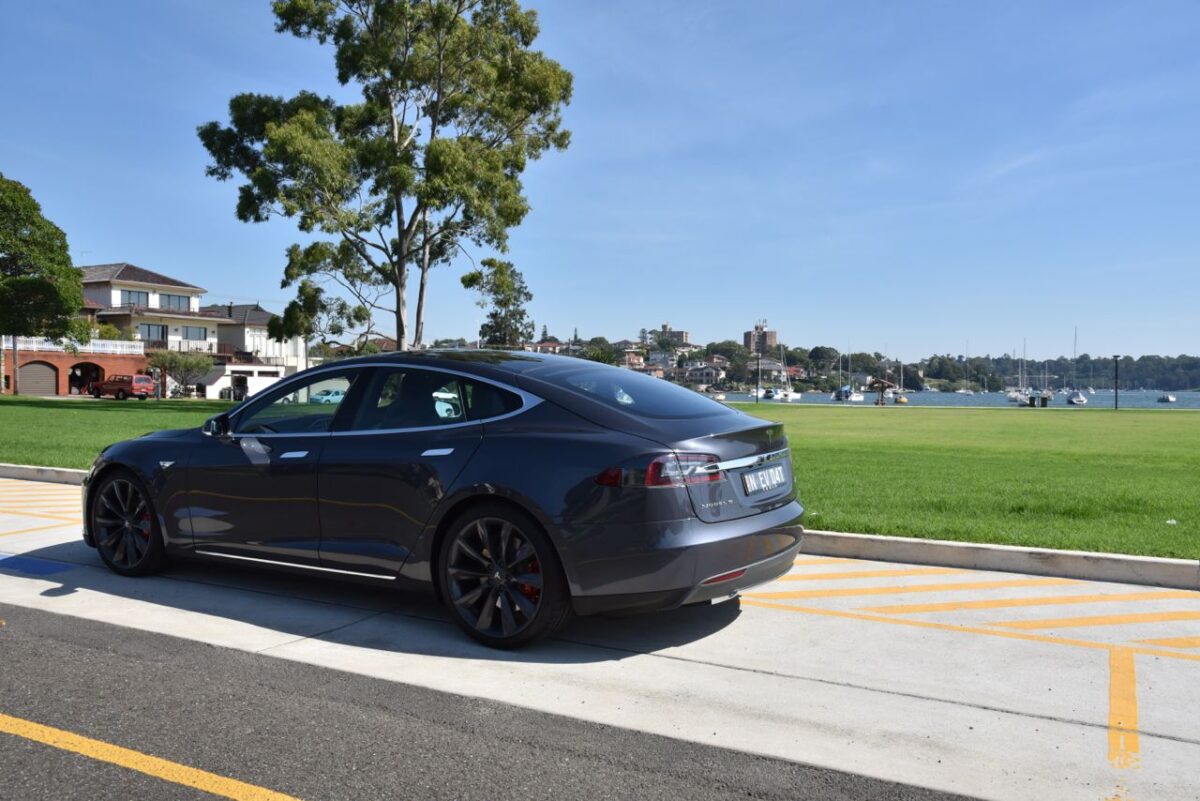 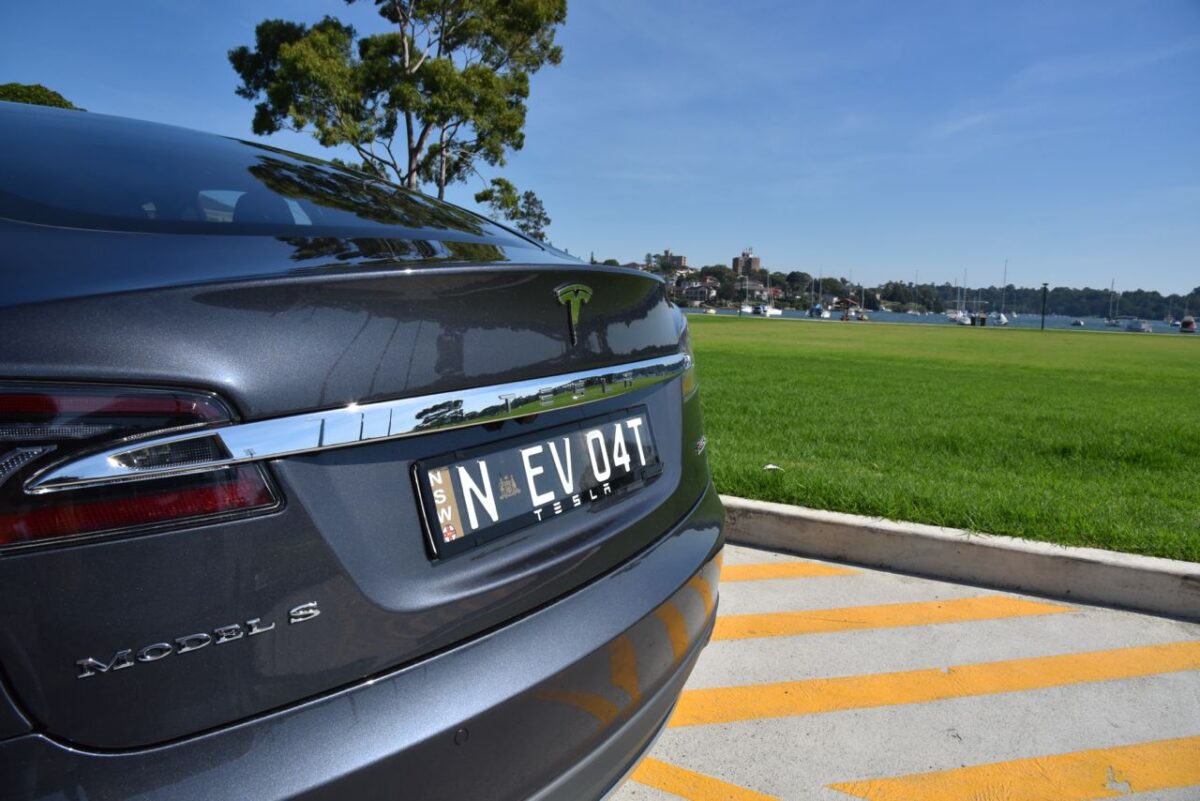 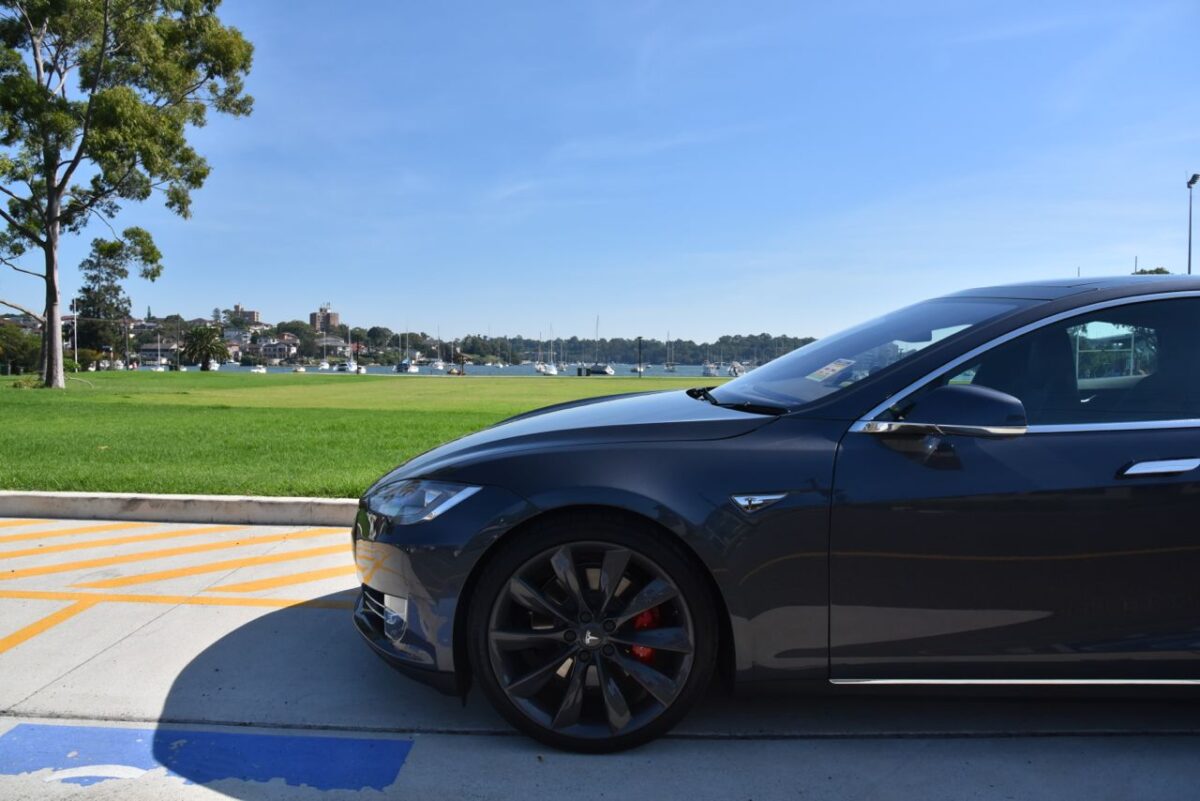 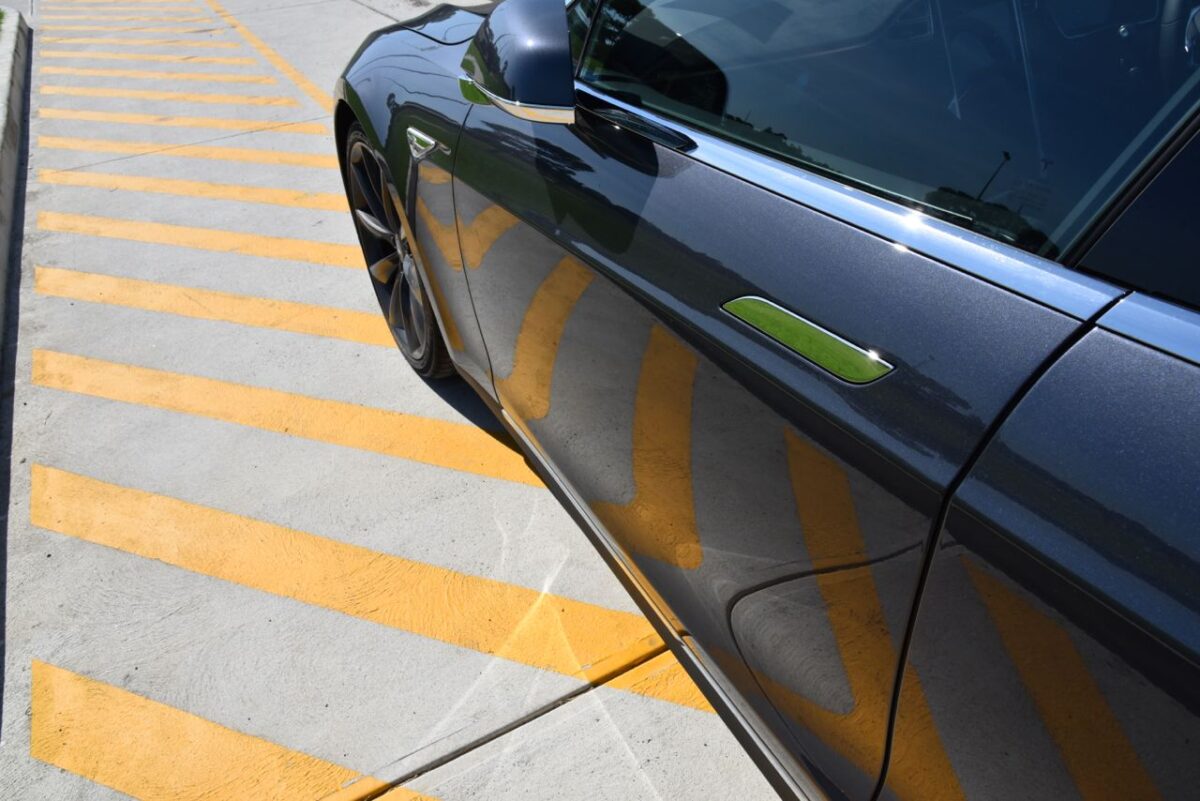 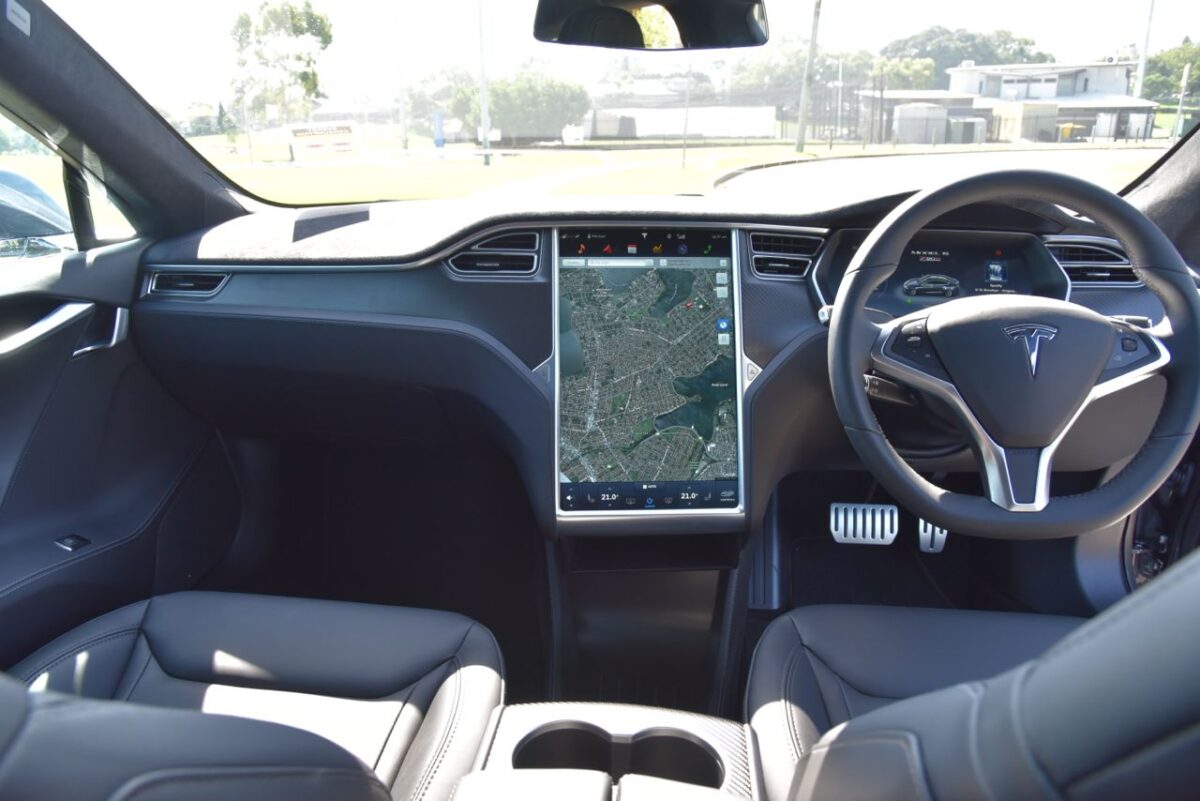 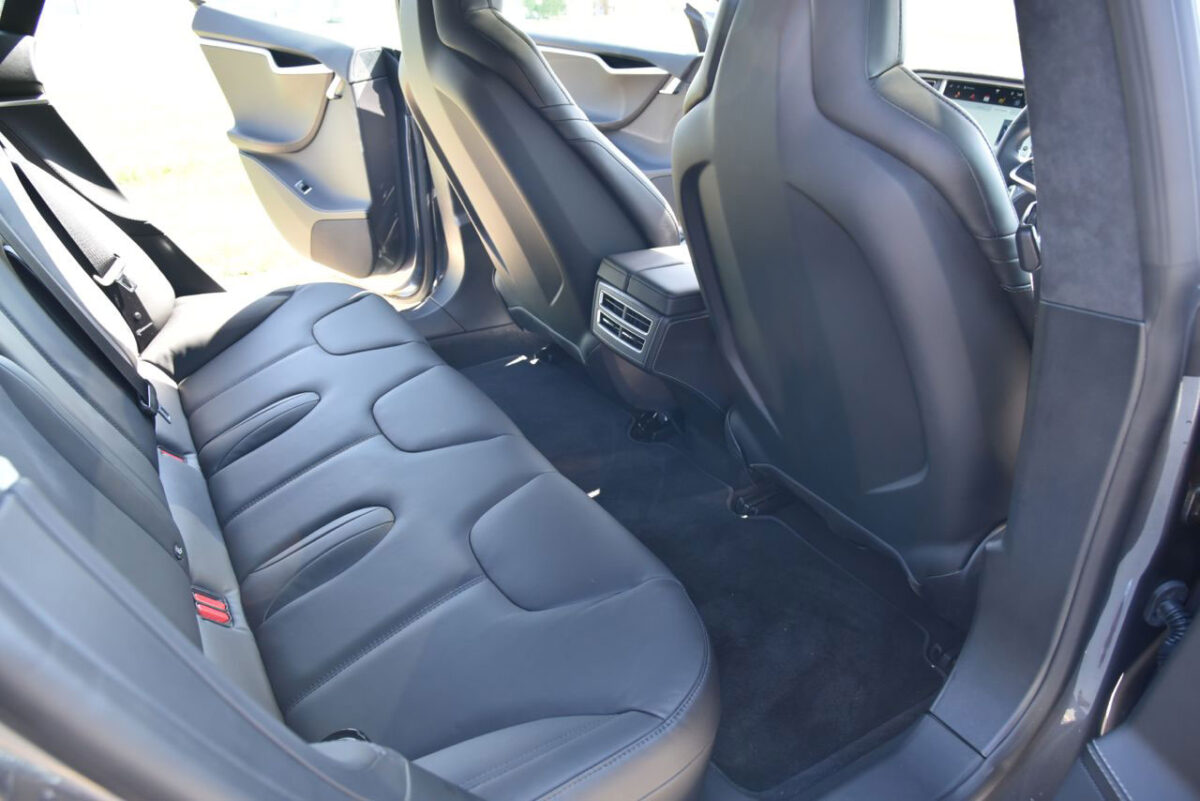 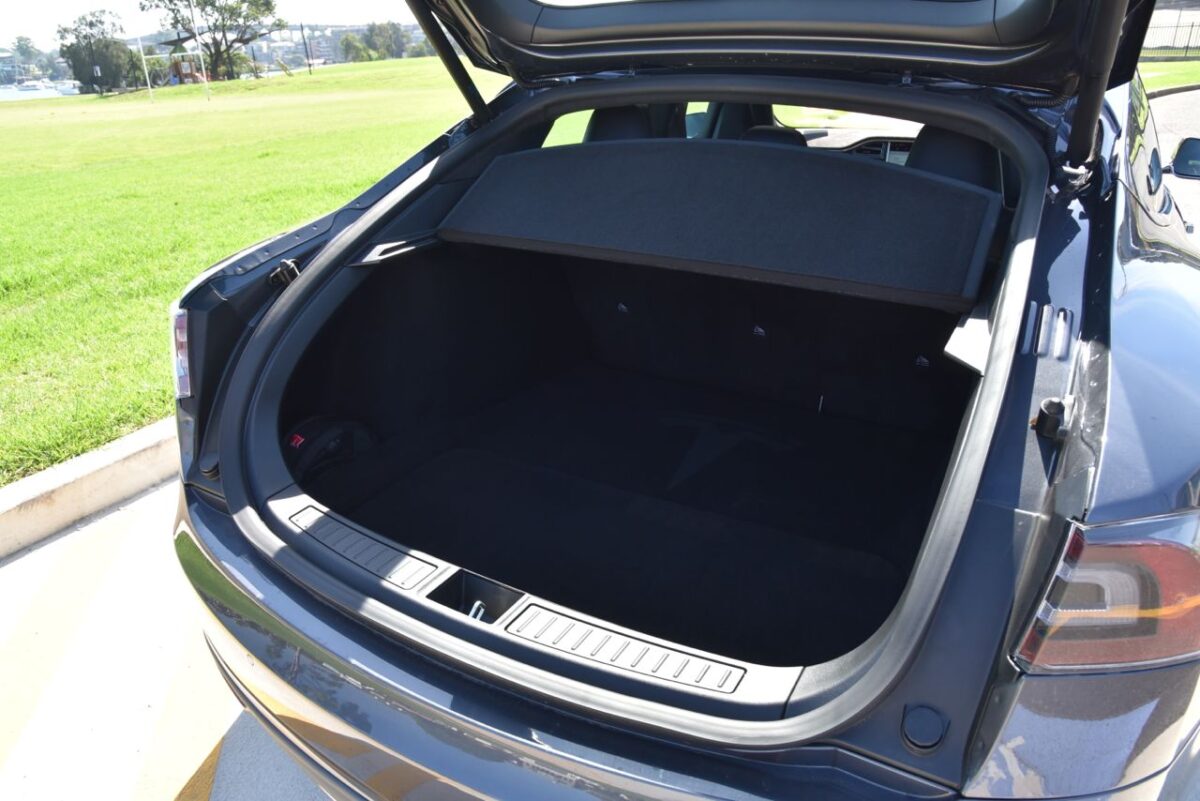 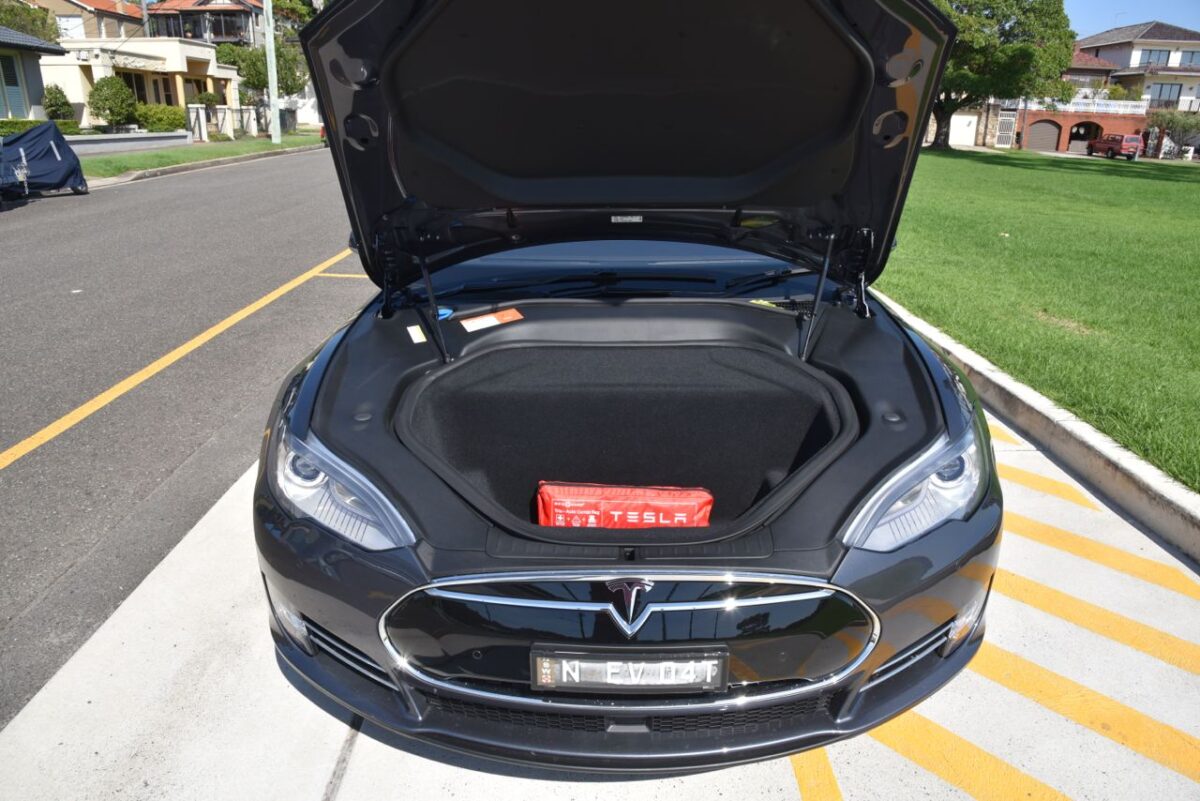 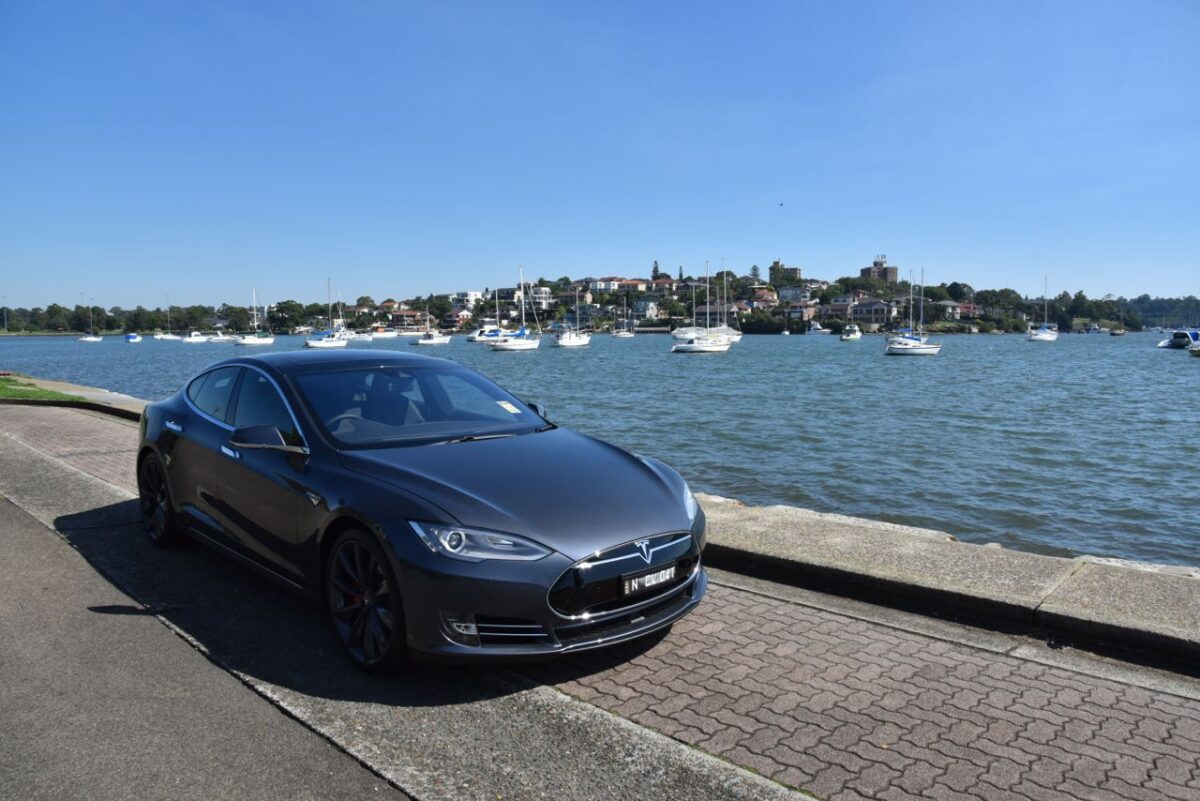 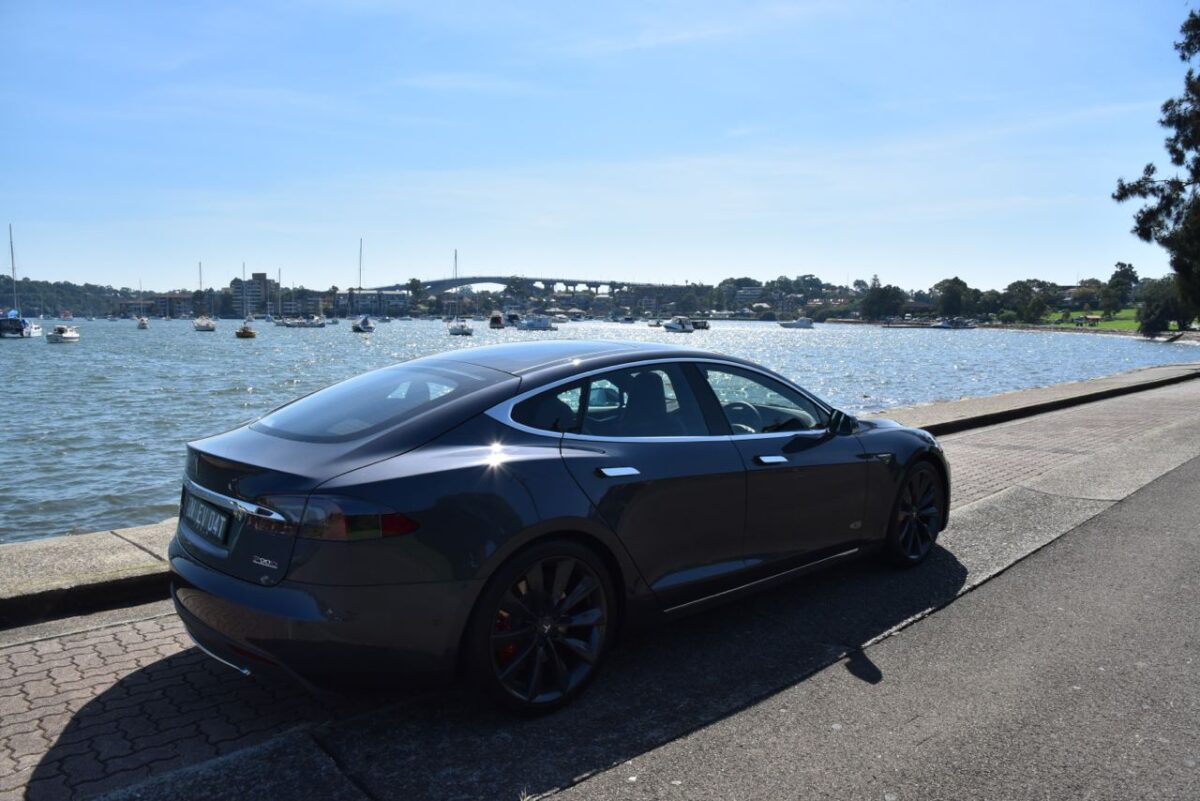 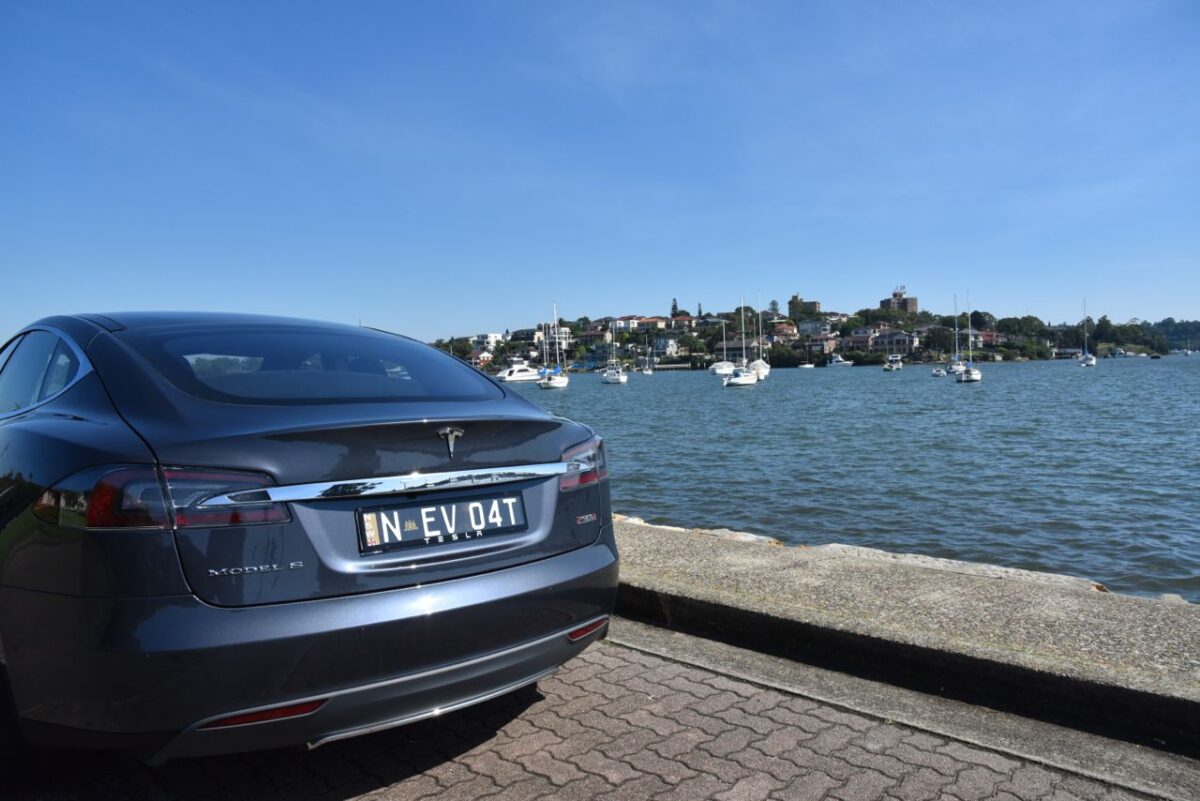