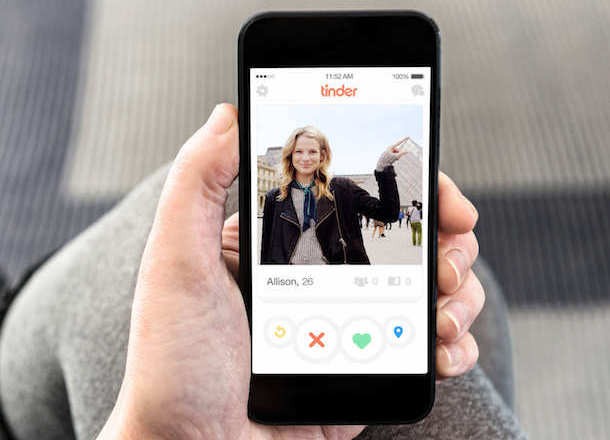 For as long as Cupid has been putting arrows in things, science has tried to explain how love works. So far we’ve discovered the key to a great long-term sex life, how to be a good kisser, and the perfect age to get married. Up next in the quest to uncover the secrets of love and sex is a new Tinder study, which found that men feel entitled to the ol’ Netflix and chill based on their dates’ looks.

Researchers at Manchester Metropolitan University in the UK investigated how Tinder affects the way men date. They found that many men felt let down upon meeting a woman from the app and deciding she hadn’t presented an accurate representation of her appearance.

“Some of our respondents felt that this breaking of trust was a licence to use their date as they saw fit, thereby speeding up intimacy and undermining it at the same time,” said Dr. Jenny van Hooff, Senior Lecturer in Sociology at Manchester Met, at the British Sociological Association’s annual conference. In other words, those men felt they were betrayed and deserved casual sex as compensation.

Feeling a little squicky about that? Many of the study’s participants were uncomfortably blunt about their feelings on the matter.

A 29-year-old man told van Hooff: “I’ve been very misled by very selective pictures, angles when the person isn’t as attractive or as slim or sporty as they make out on pictures. I try to swerve if possible, or get something out of it.”

One 37-year-old man said: “‘I am looking for a long term relationship, but you know within seconds of meeting someone whether that’s going to happen. So now, I think if there’s a chance of a shag I’ll take it. Lots of girls put ‘no one-night stands’ on their profiles, but they still end up having them. Tinder has really toughened me up.”

A 34-year-old told her: “What I will say is that it is natural for human beings to take advantage of each other, and Tinder hasn’t changed this, but it has made it easier.”

A 36-year-old man said: “It’s Tinder – I would say your chances of getting sex go up if a girl’s lied on her profile.”

It’s worth noting that this is by no means a men-only experience, though this study focused on the male point of view. It would be interesting to see companion research that investigates how women react when a date they thought would be Chris Hemsworth shows up looking more like Chris Farley.