10 Tourist Traps That Are Actually Worth Visiting 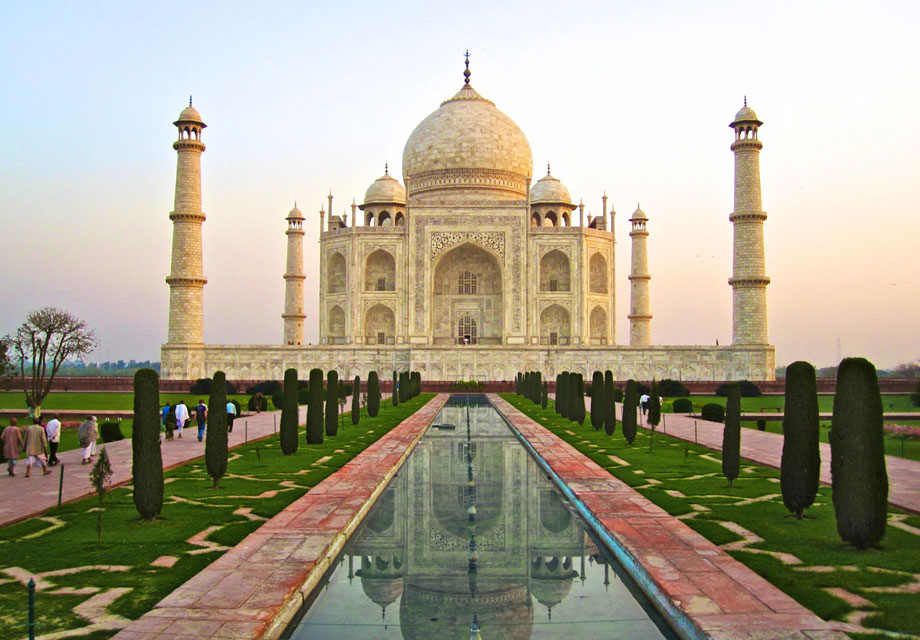 Tourist traps: like the band a hipster used to love, we swear we knew them before they were cool and that we want nothing to do with them now that they’re big.

Or do we? Sure, they’re overhyped, overcrowded, and scandalously overpriced, but something about them keeps us coming back. Who cares that they’re listed in every travel guide and featured in millions of Instagram snaps tagged #wanderlust? Some spots are on the beaten path because they deserve to be there.

From a former prison, to a Mayan pyramid, to a “restaurant” that isn’t about the food, here are 10 tourist traps that are worth visiting after all.

For centuries, the ancient Nabataean city of Petra was forgotten, known only to the Bedouin who called it home. These days its rock-cut architecture is the most famous symbol of Jordan and the country’s most visited tourist attraction, but that doesn’t mean it deserves to be struck from your bucket list. Petra has rightfully been named a UNESCO World Heritage Site, one of the New7Wonders of the World, and one of the “28 Places to See Before You Die” by Smithsonian Magazine. It’s a stunning spectacle that cannot fail to impress.

The majestic Acropolis has watched over Athens since the fifth century BC. Visible from almost everywhere in the city, its marble monuments and sanctuaries have stood witness to the Grecian capital’s many transformations. The Acropolis is an exceptional example of what happens when science, art, and philosophy come together – some might even call it the definitive monument of Western civilisation. Photos do little justice to the experience of seeing the sacred buildings firsthand, and if for some reason they don’t captivate you, there’s always the panoramic view of Athens to make up for it.

Traditional logic says to avoid prison at all costs. In San Francisco, that logic goes out the (heavily barred) window. Alcatraz Federal Penitentiary is one of the most notorious and feared prisons in the country, and has housed some of America’s most ruthless criminals, including James “Whitey” Bulger and Al Capone. “Hellcatraz” has been abandoned since 1963, making a visit all the more haunting. The ferry trips to and from The Rock are part of the fun for visitors, though they also serve as a dark reminder of how torturous it would be for inmates to be caged with beautiful, bustling San Francisco visible just across the water.

What is the Robot Restaurant, exactly? Let’s just say it’s better experienced than explained. In a country famous for its head-scratching WTF-ery, the Robot Restaurant still stands out as the craziest acid trip you can get without actually taking acid. It’s perhaps best described as a cabaret show, but in true Tokyo fashion, it features lights, lasers, live music, dancing, glow sticks, incoherent storylines, pop culture characters, plenty of scantily-clad women, and yes, robots. Skip the disappointing food and go just for the show. If you surrender yourself to the insanity, it’s impossible to walk out without a smile on your face.

As one of Southeast Asia’s most revered religious and archaeological sites, Angkor Wat is hardly an undiscovered gem. In fact, it’s the most recognisable image of Cambodia. But despite its star status, Angkor Wat’s 400 square kilometres of temples, gardens, reservoirs, canals, and communication routes continue to stun even the most seasoned travellers. Perhaps most fascinating is the fact that it has been in virtually continuous use since it was built, so you may still encounter saffron-clad monks gliding silently through the temples.

Take a break from building your tan in Cancún to visit Chichén Itzá, the spectacular pre-Columbian city built by the Maya people. Although it’s overcrowded, and the heat can be fierce, the sight of the ruins is unforgettable. Chichén Itzá is especially mobbed during the vernal and autumnal equinoxes (around March and September 21), when the lighting of the morning and afternoon sun produces the illusion of a serpent along the side of the El Castillo pyramid. Skip those seasons to avoid the most intense tourist rush, and explore in the early morning or late afternoon to beat the heat.

Just what’s so great about it, anyway? The truth is, much of the Great Wall is a tourist trap. It’s full of people (including intrepid grannies who are scaling the stairs faster than you are), and if the pollution is bad you won’t enjoy much of the scenery, but it’s also one of China‘s most historically and architecturally significant sites. The trick is to visit a part of the wall that’s off the beaten tourist track – and since it stretches for thousands of kilometres, you have plenty of parts to choose from. Even venturing 2-3 hours outside of Beijing offers a significantly less congested experience.

With the 2016 Summer Olympics poised to begin in Rio de Janeiro, all eyes are on the host city. Rio’s most famous landmark is Christ the Redeemer, a 30-metre statue of Jesus located at the peak of the 700-metre Corcovado mountain. It’s teeming with tourists, many of whom are mimicking the statue’s pose for photos, but tear your eyes from that cringeworthy tableau and they’ll be treated to something amazing. The views of the city and the Atlantic Ocean from Corcovado cannot be beat.

If you’ve ever doubted the power of love, a trip to the Taj Mahal will change your mind. The marble mausoleum was commissioned in 1632 by the Mughal emperor, Shah Jahan, to house the tomb of his favourite wife, Mumtaz Mahal. The 42-acre complex also includes a mosque, a guest house, and extensive formal gardens. Millions of visitors come each year to see what was once called “the jewel of Muslim art in India and one of the universally admired masterpieces of the world’s heritage.” It’s a rare few who leave feeling anything other than awestruck.

Let’s face it: the entire city of Las Vegas is a tourist trap. From the kitschy casinos, to the outrageous shows, to the infamously debaucherous pool parties, Sin City exists purely to lure tourists. But if you know what you’re in for, and don’t have any run-ins with Mike Tyson’s tiger, there’s fun to be had. Don’t take it too seriously, don’t stay so long that the magic wears off, and don’t touch the exotic dancers. Play your cards right and you could be in for the trip of a lifetime. Check out our guide to 48 hours in Las Vegas for tips. 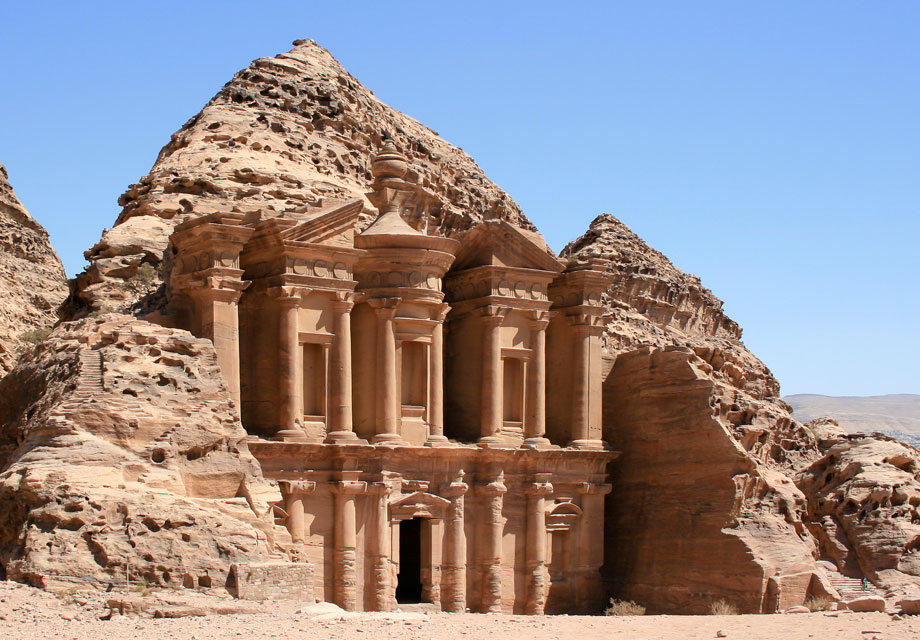 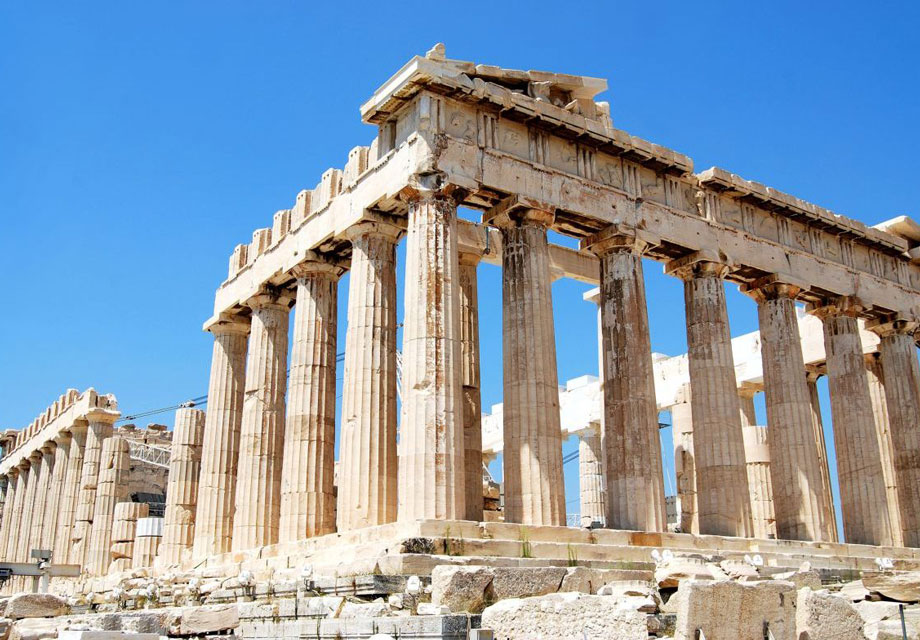 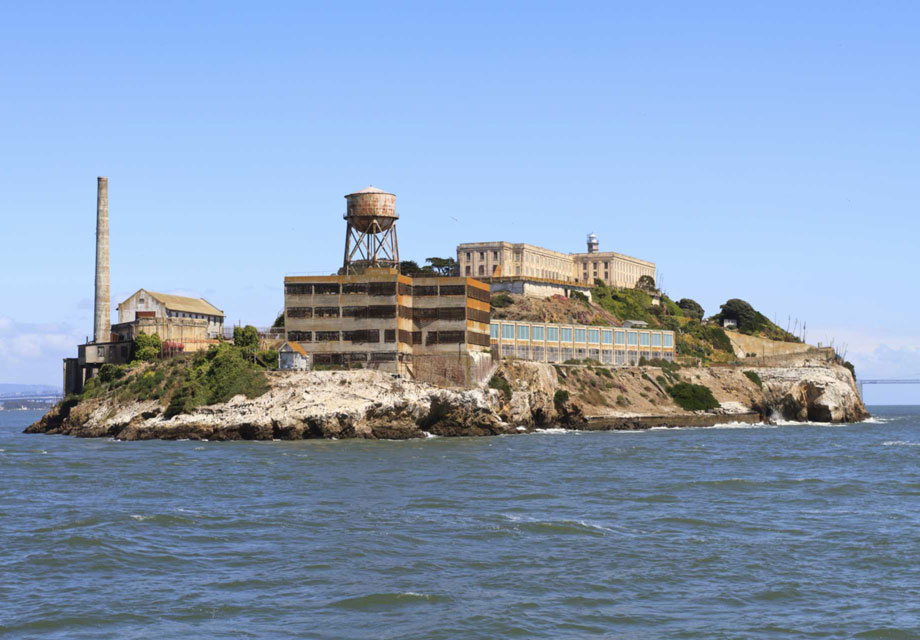 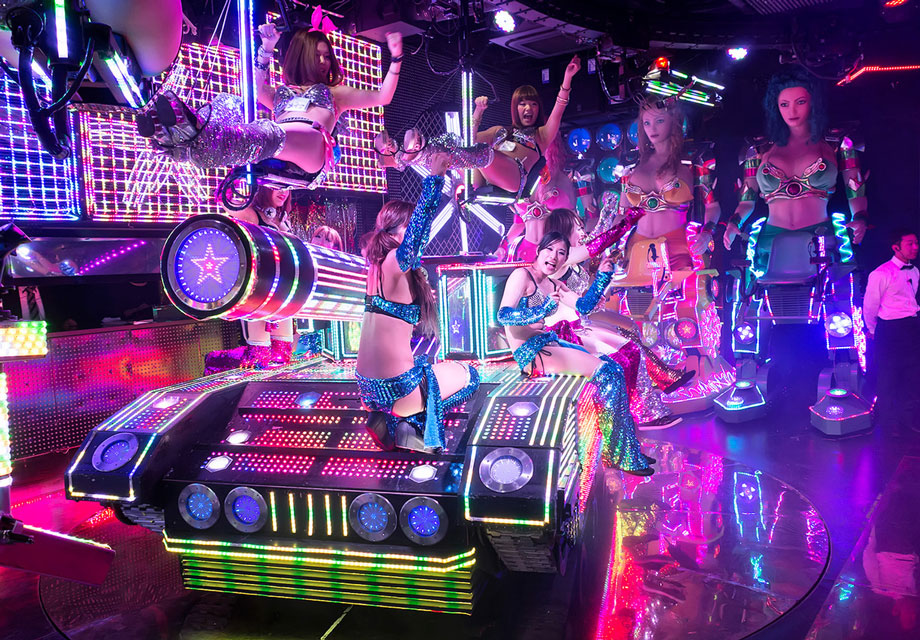 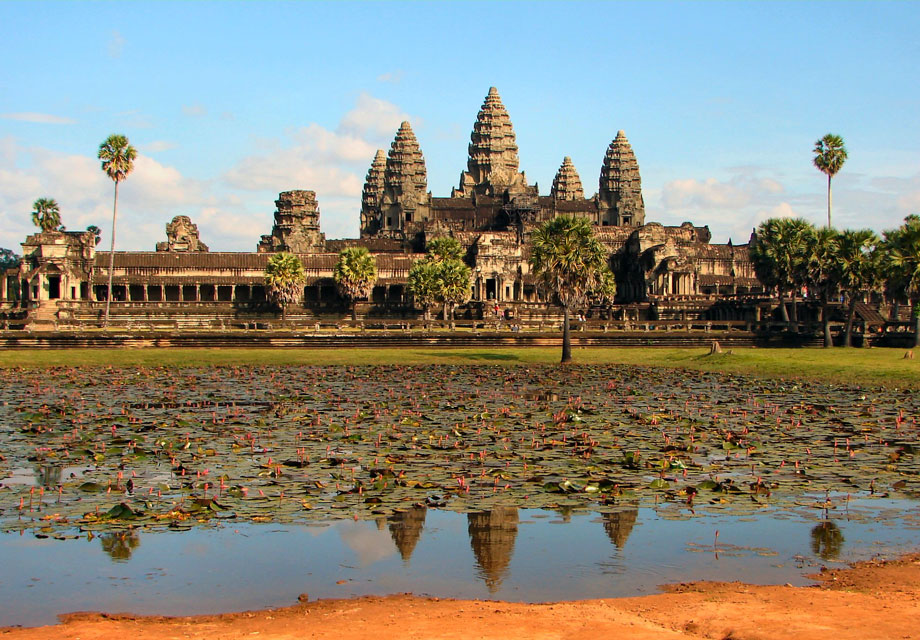 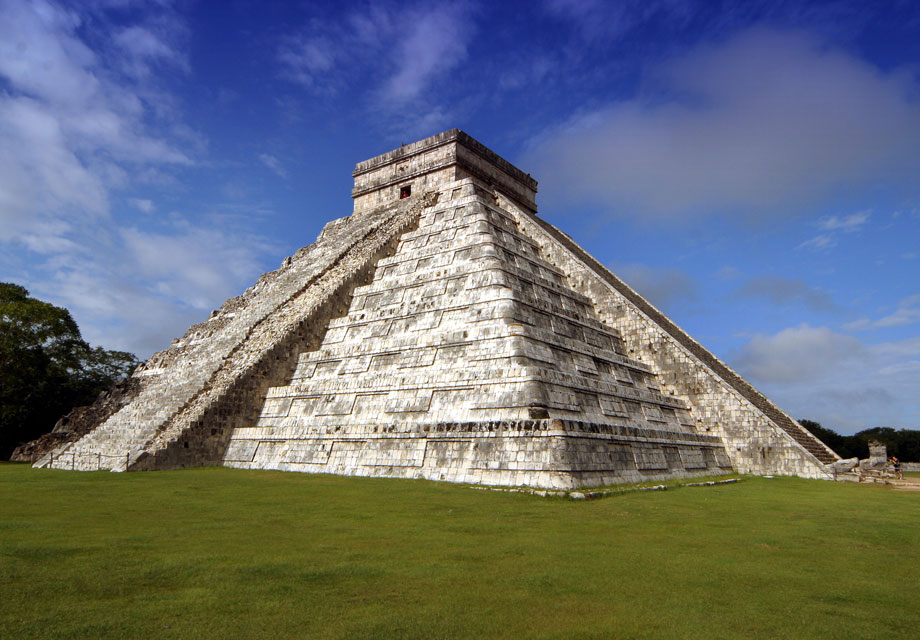 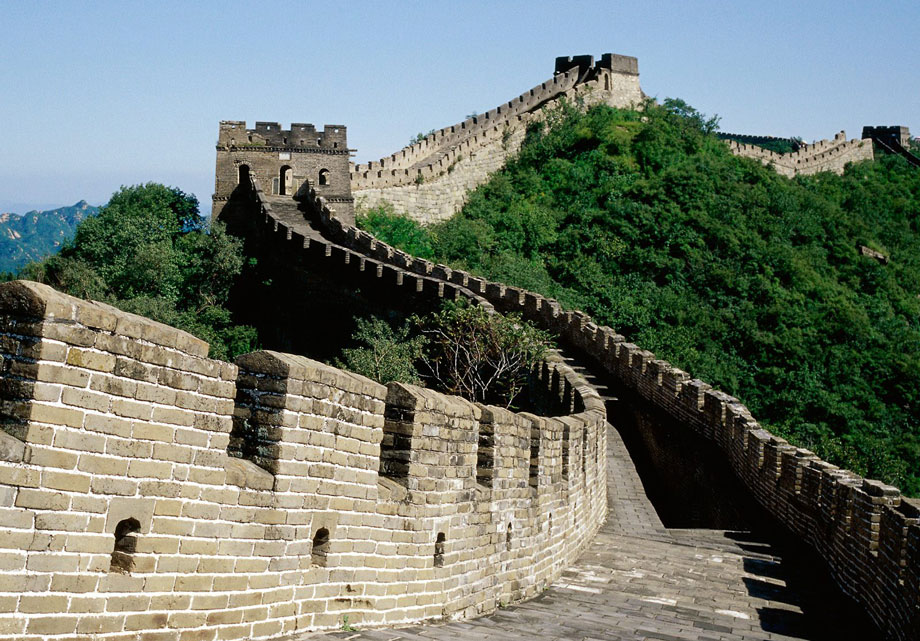 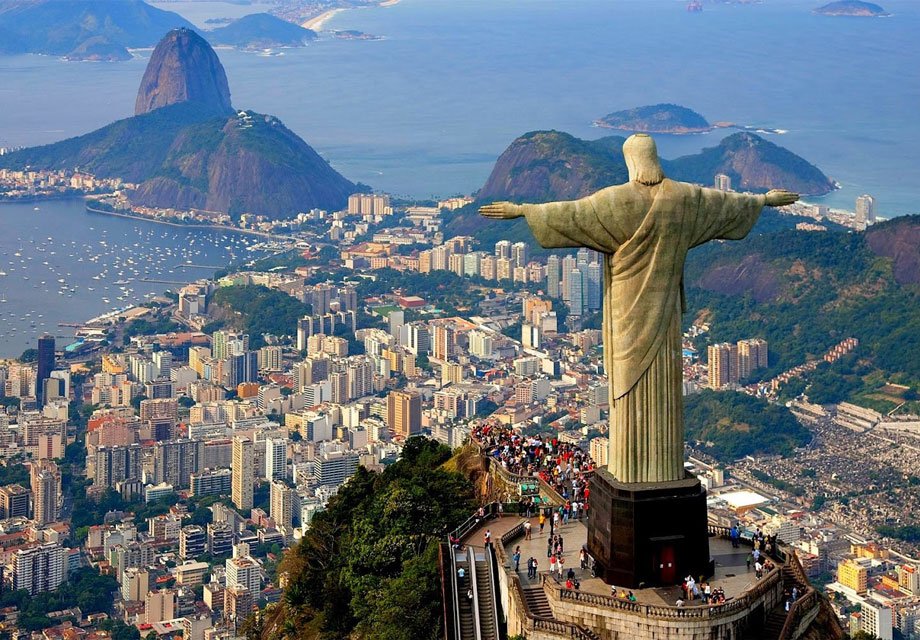 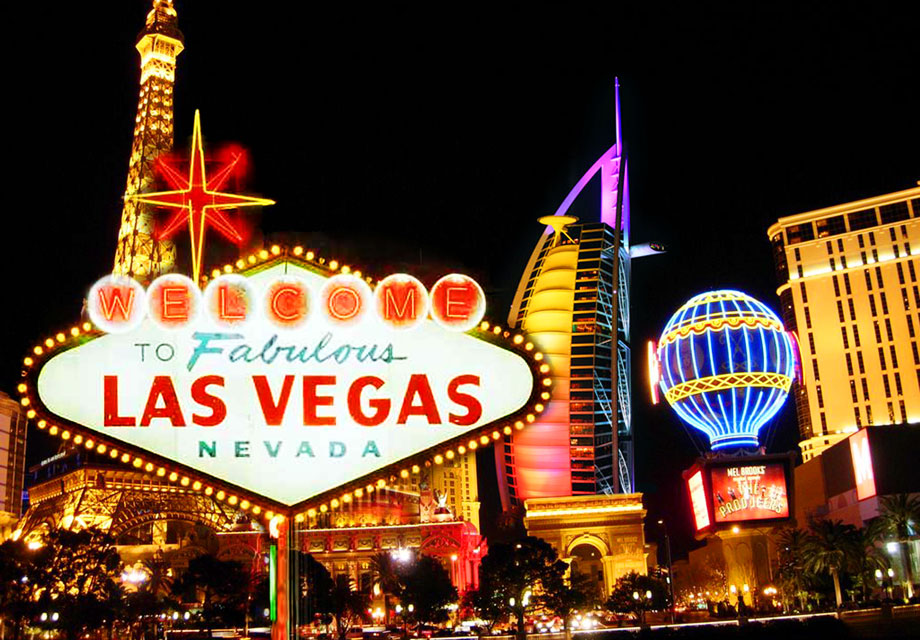