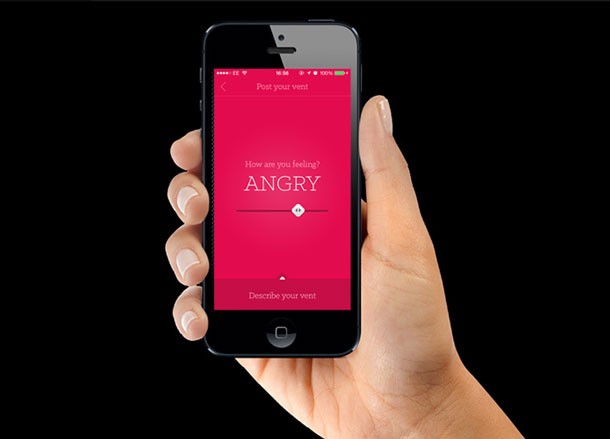 Facebook and Twitter were once exciting new places where people could connect, share ideas and live in a world of roses, sunshine and harmonious interaction. Fast forward to today and social media has descended into an abyss of newborn baby spam, cat videos and worst of all, a place to complain, bully and troll.

Luckily, Melbourne-based Dean Serroni was just as sick of the keyboard warriors and their whining as much as we are and developed ‘Vent’, an app that originally launched as a place for adults to air their frustrations and has now become a supportive interactive environment.

“When we first started the app it was actually built to vent frustrations,” Serroni told The Huffington Post. “Rather than letting those ‘vents’ play out on a platform like Facebook we decided to come up with a social app where people could express feelings about things that were frustrating in society.” 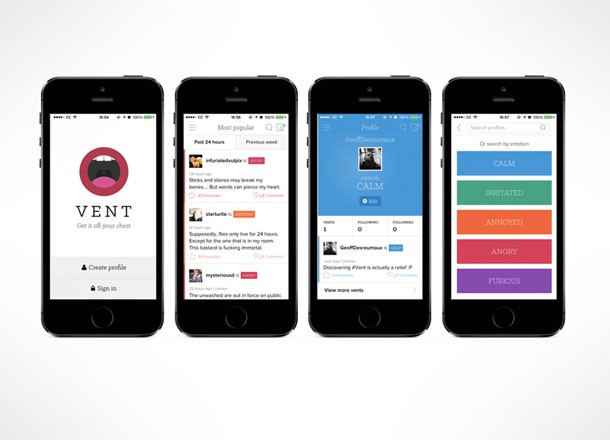 Vent is a feed-based app, similar to Instagram or Twitter, with a concept of ‘listeners’ and ‘listenees’ (rather than followers for a deeper connection). “We have emphatic response buttons on our posts. So whereas on Twitter you would ‘favourite’ something or on Instagram you would ‘heart’ a photo, we adapt the button for the emotion the person might be feeling,” said Serroni. “People can choose from a ‘hug’ or a ‘yay’ button, whereas if you post a sad vent there are options such as a ‘hug’ or a ‘here for you’ reactions to provide supportive interactions on the post, depending on the emotion.”

Vent is growing quickly with an average of 20,000 users signing up each week, 3 million vents posted each month and 20 million supportive interactions and comments. Whether you’re shitty about public transport or phone bills, a young person who is perhaps struggling with sexuality, school or personal issues, or you’re just stuck on some #firstworldproblems, Vent is a nice, safe alternative to letting it all out on Facebook.